IDA GROVE, Iowa, May 29, 2016 —  Photographer Don Poggensee, a military veteran himself, said as another Memorial Day approached, he “wanted to share some insights into why and how we came to recognize this holiday in our country.”  And he is doing so with some special images he made in the cemetery here in his hometown in northwest Iowa.

The holiday “originated in 1868, after the Civil War, as ‘Decoration Day’,” Poggensee reports. “In Decatur, Illinois, a group of Union Army veterans formed the ‘Grand Army of the Republic.’  They picked Decoration Day as a time to decorate the graves of Union war dead.  You may have seen the round metal ‘GAR’ markers in your local cemeteries on some Civil War veterans’ graves.”

There are lots of them, he says.  A total of 76,242 Iowans served in the Civil War, with 13,001 dying of wounds or disease, and 8,500 were wounded.  No other state had a higher percent of the male population, between the ages of 15 and 40 years, serve, during the course of the Civil War, than Iowa.

“Here in our local Ida Grove Cemetery, over 100 Civil War veterans are buried,” Poggensee said. “And you can find Civil War dead in many of our Iowa cemeteries.”

Nowadays, he noted, Memorial Day “is a time to remember all men and women who died while in service in all wars.  Also, many families decorate the graves of relatives who have passed away.  But Memorial Day’s true meaning is to remember those veterans lost during armed service to our country.”

Many confuse Memorial Day with Veterans Day, which falls in November.  “Veterans Day started as ‘Armistice Day’ at the end of World War I on Nov. 11, 1918,” Poggensee reminds us. “The armistice came at the 11th hour of the 11th day of the 11th month.  It was changed from Armistice Day to Veterans Day by Congress in 1954 and signed by then-President Eisenhower.  Veterans Day celebrates the service of all U.S. military veterans.”

He sent along images showing graves in Ida Grove of veterans lost in war, as well as other veterans who died after their service, and also photos of the impressive Ida County Veterans Memorial that recognizes all veteans of all services.

“Please emember, freedom isn’t free,” he said. “Many died to keep us free.” 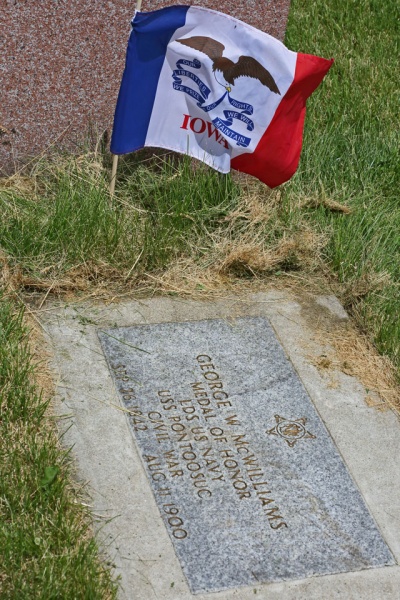 The grave of a Civil War veteran who served in the Navy. 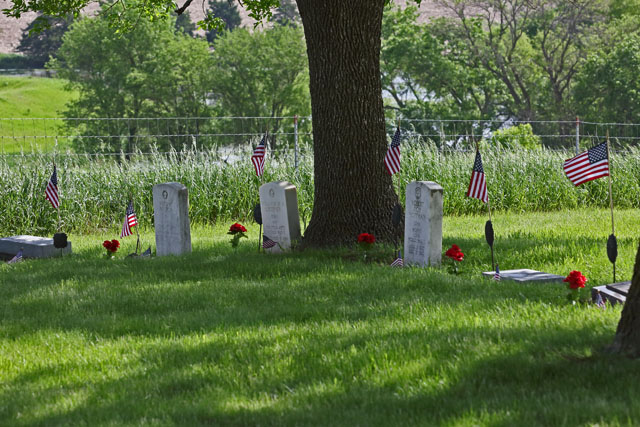 Remembering those who have served and died. 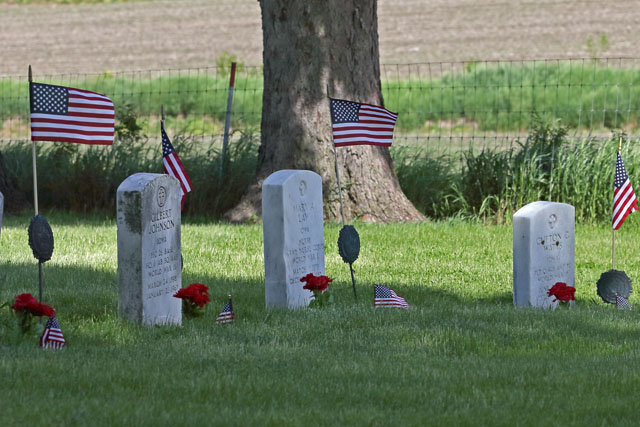 You can see the Grand Army of the Republic symbol on some of these veterans’ graves. 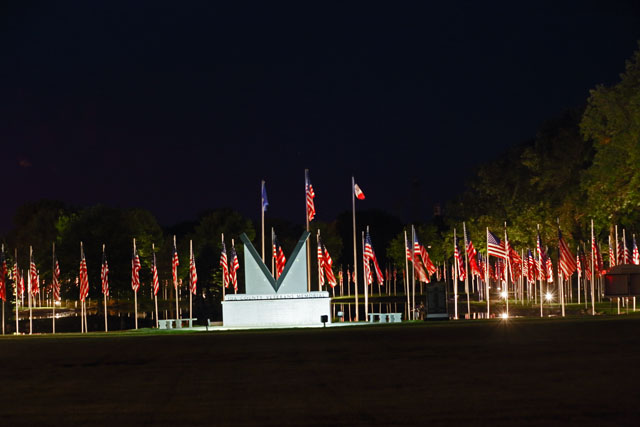 The Ida County Veterans Memorial recognizing all those who have served. 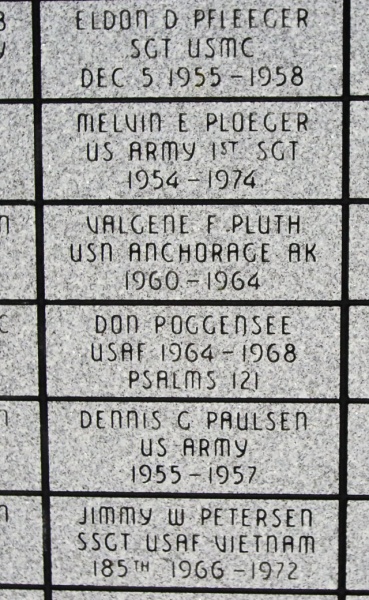 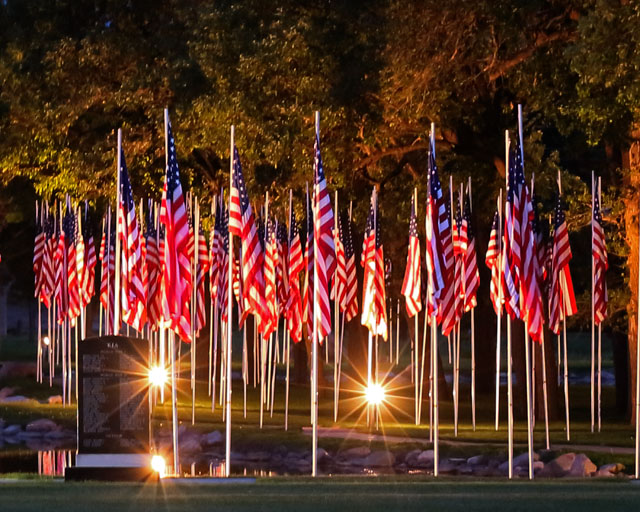 A special part of the Ida County Veterans Memorial recognizes those killed in action.