OMAHA, Nebraska, June 26, 2014 — You might call this a special edition of Offenburger.com for the next few days as we roll out coverage of my alma mater Vanderbilt University’s baseball team playing in the College World Series here.  You’ll get more background in my “Out in Greene County, Iowa” column and the OFFENBLOGGER feature.  And we’ll be starting a CWS growing photo gallery on the site.  We’ll start that with this photo of five old friends who gathered at a Vanderbilt reception before our Commodores played their first game on Saturday, June 14, a victory over Louisville.  Then on Monday, June 16, we won our second game over the University of California-at-Irvine “Anteaters,” a nickname of which Carla Offenburger said, “That is just not right.”  Friday afternoon, June 20, we lost to the Texas Longhorns 4-0, and that set up a re-match against Texas on Saturday night, June 21 — and Vanderbilt won 4-3 in 10 innings of intense drama.  Monday night, June 23, Vanderbilt beat Virginia 9-8 in game one of a best-of-three series to determine the NCAA national championship.  Tuesday night, Virginia prevailed 7-2, setting up the final game on Wednesday, June 25, for the title. Vandy won it 3-2 and thus claimed the national championship of college baseball in one of the great thrills of our lives! 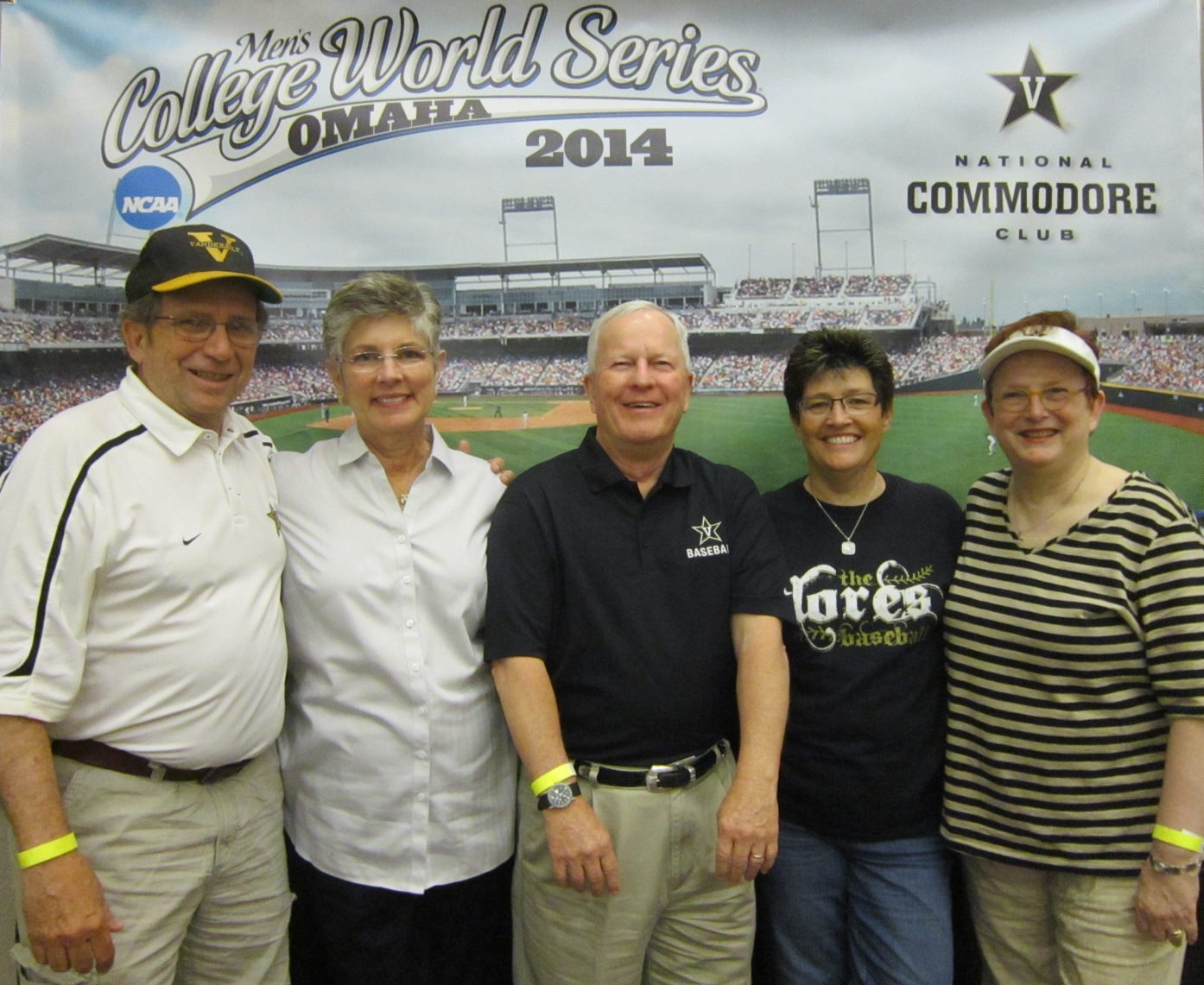 The Vanderbilt Alumni Association and the National Commodore Club hosted a reception for Vandy fans before the first game of the College World Series in Omaha, and it included having a back-drop for photos, showing TD Ameritrade Park.  So this group of old college pals got together in front of it.  Left to right are Chuck Offenburger; Connie and Berry Brooks, of Nashville; Carla Offenburger, and Judge Caryl Privett of Birmingham, Alabama.

One thought on “Our Vanderbilt Commodores beat mighty Virginia and won the College World Series championship in Omaha!”