Two of us were here last year and enjoyed it so much that a return trip was a natural. We had better auroras this year, and the weather was mild.  Fairbanks has a dry cold and not a lot of wind. The day we were leaving Fairbanks to return home, it was a balmy 38 degrees.

We stayed in the downtown Regency Fairbanks Hotel, and each night we would go up into the foothills about 2,000 feet above Fairbanks to shoot the Northern lights.  That would get us above the city’s lights and a better chance of having clear skies.  We’d stay out until the lights were over for the night, or if it clouded over and started snowing.  I wound up shooting 1,200 images of the lights myself.  Most of the time we were back at the hotel by 4 a.m. to catch a few hours of sleep, and then we’d go shoot the other activities during the day.

The BP World Ice Art Championship was happening in Fairbanks. Ice carving teams from around the world compete, carving huge blocks of ice. You can watch from a safe distance as the carving begins.  After judging is completed, then you can get close-up views — even at night when lights are turned on toward the carvings.  Young carvers have a separate competition for their creations. Each year about 50,000 visitors view the works of art.

Some of my photos from the trip are featured here. 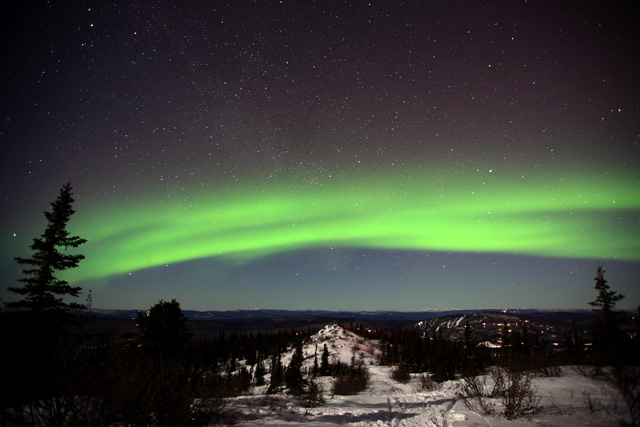 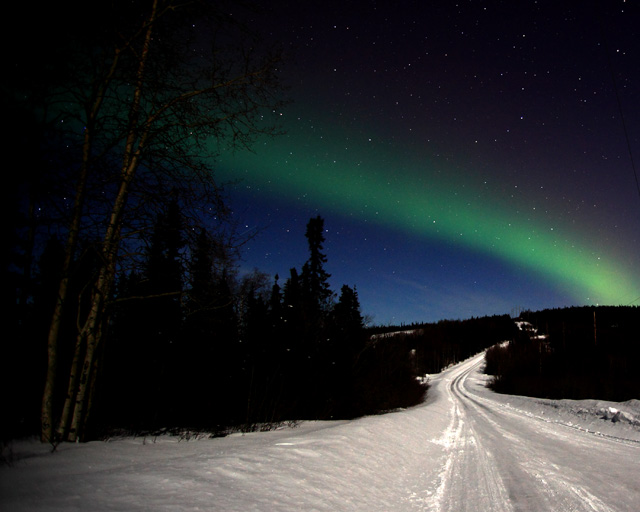 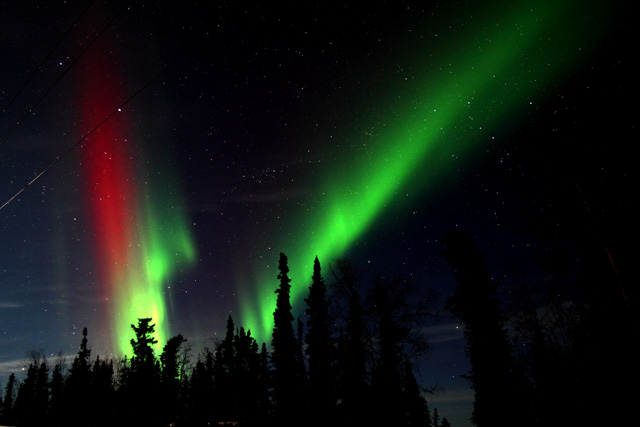 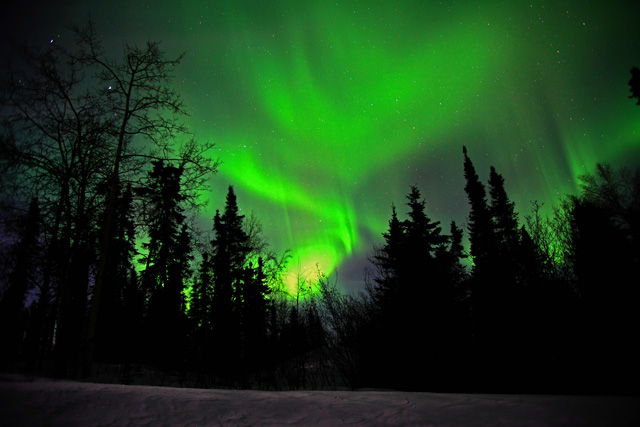 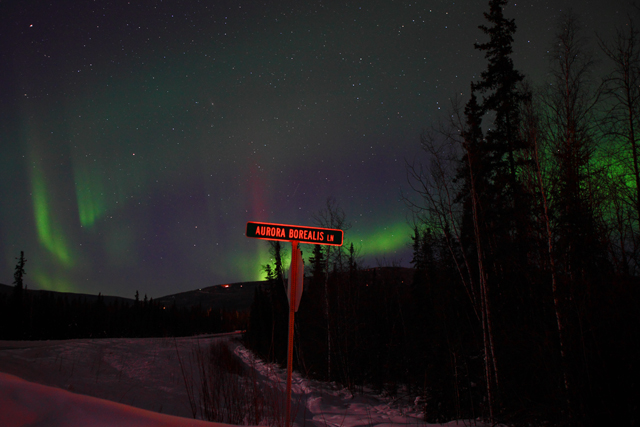 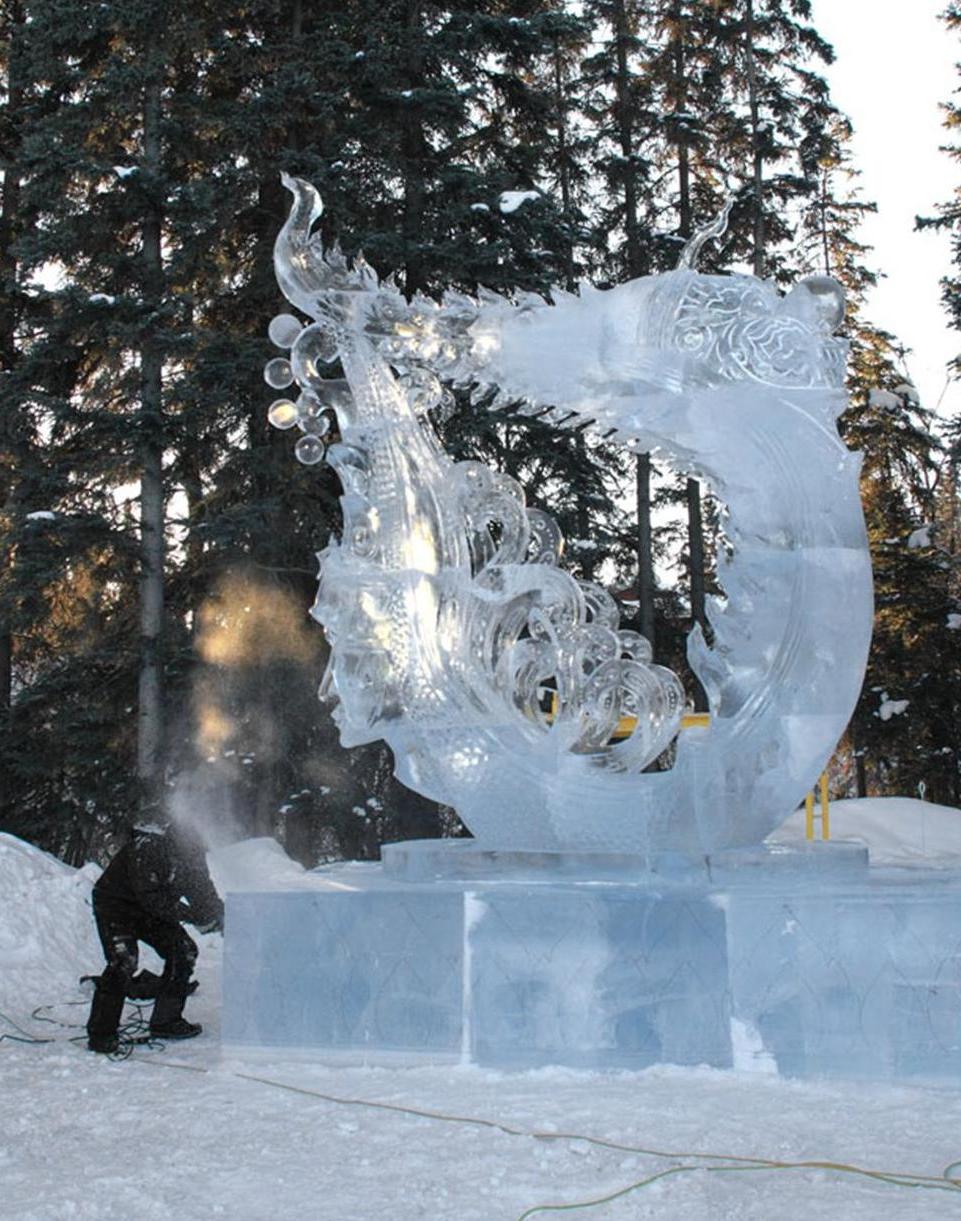 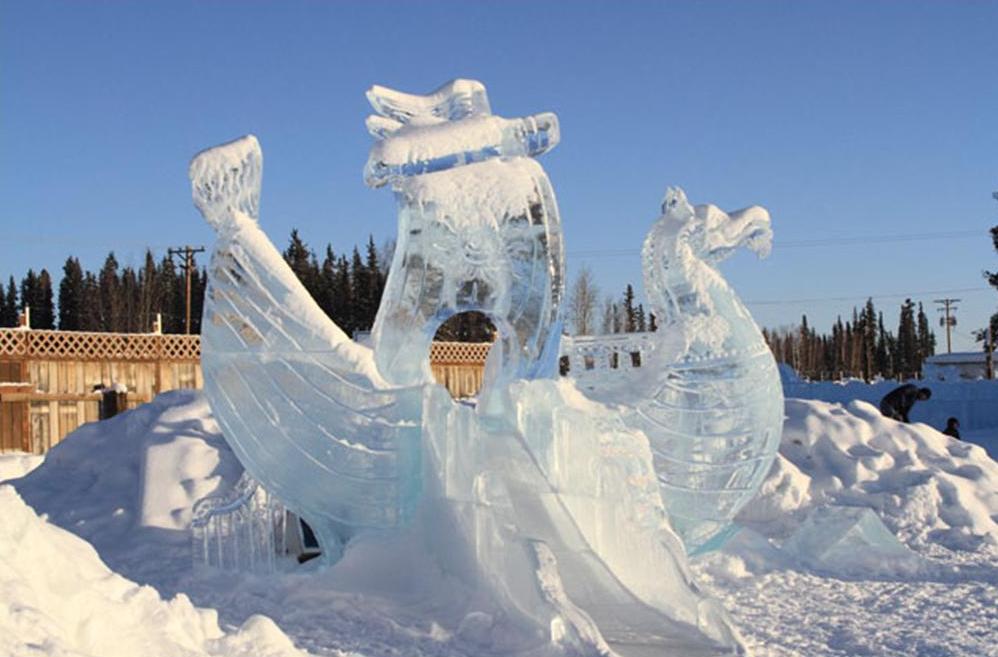 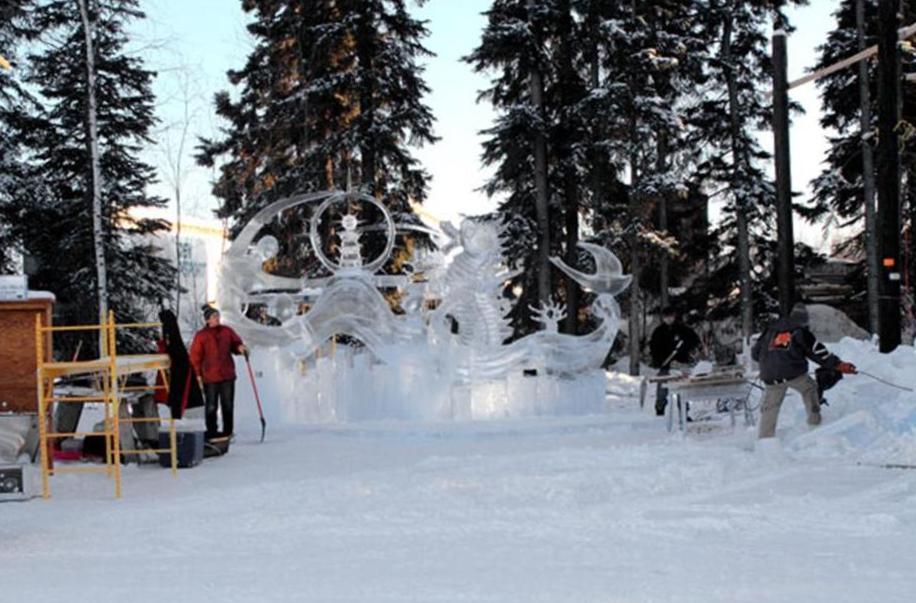 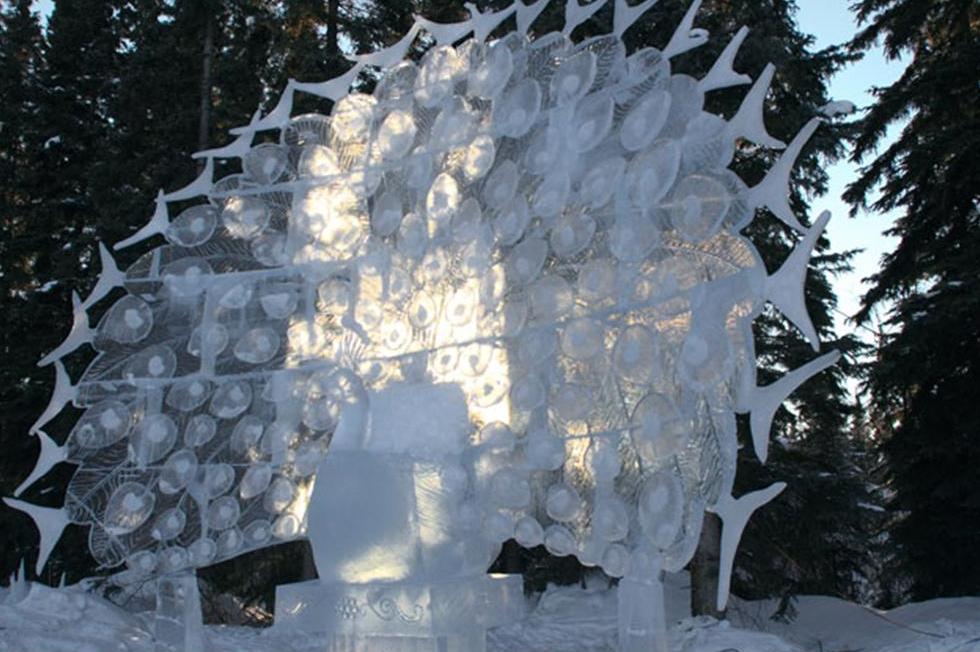 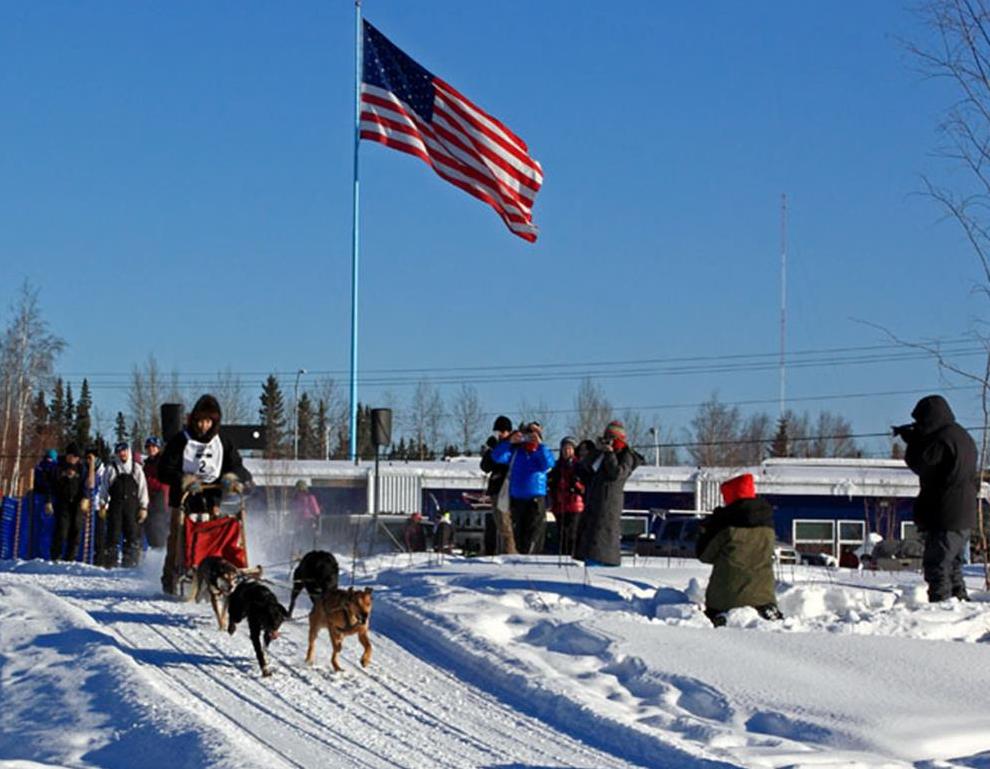 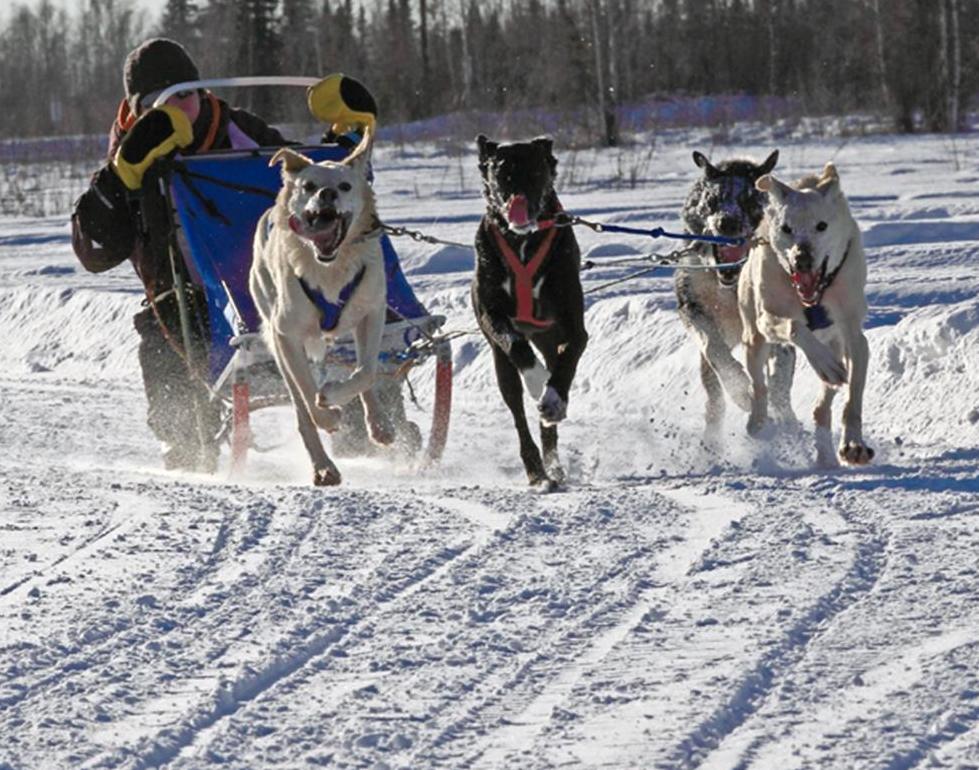 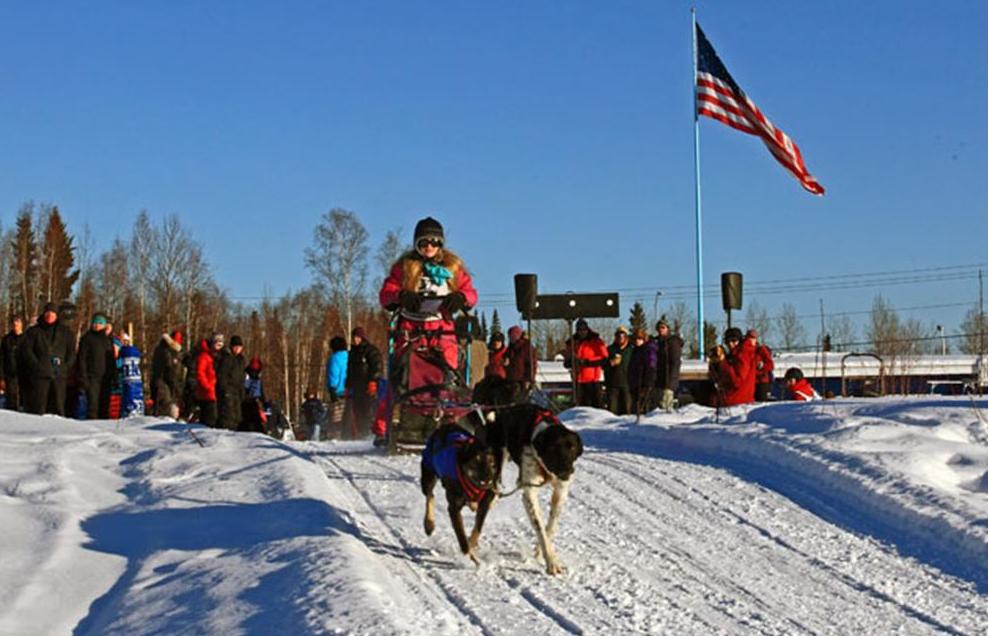 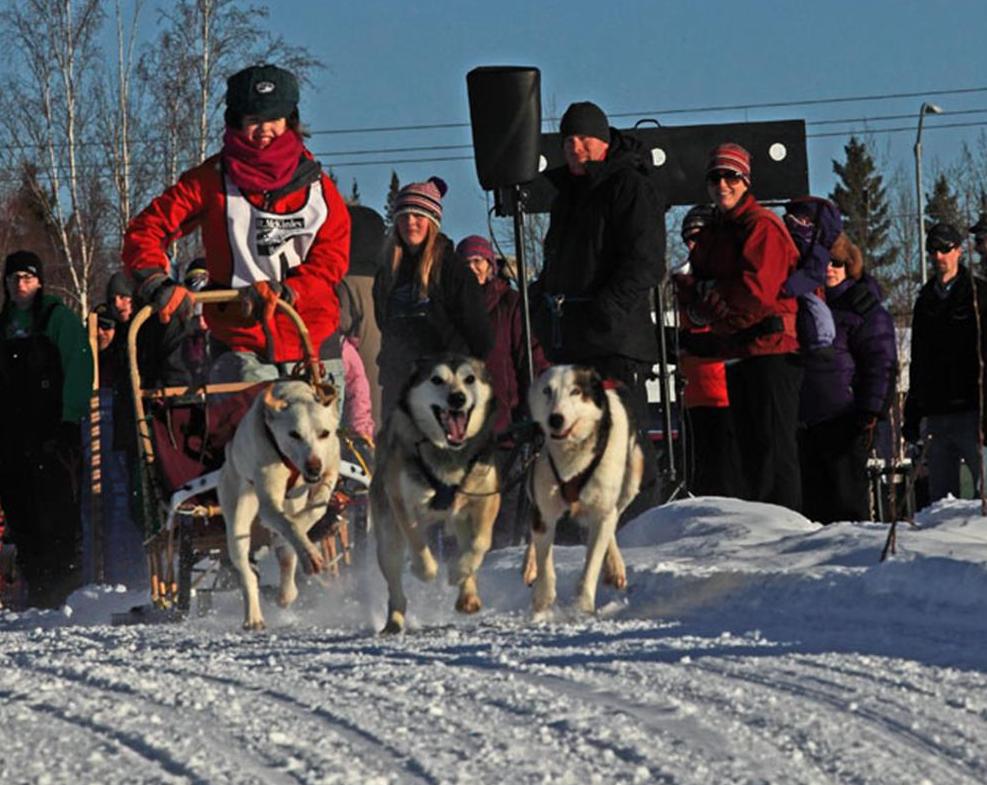 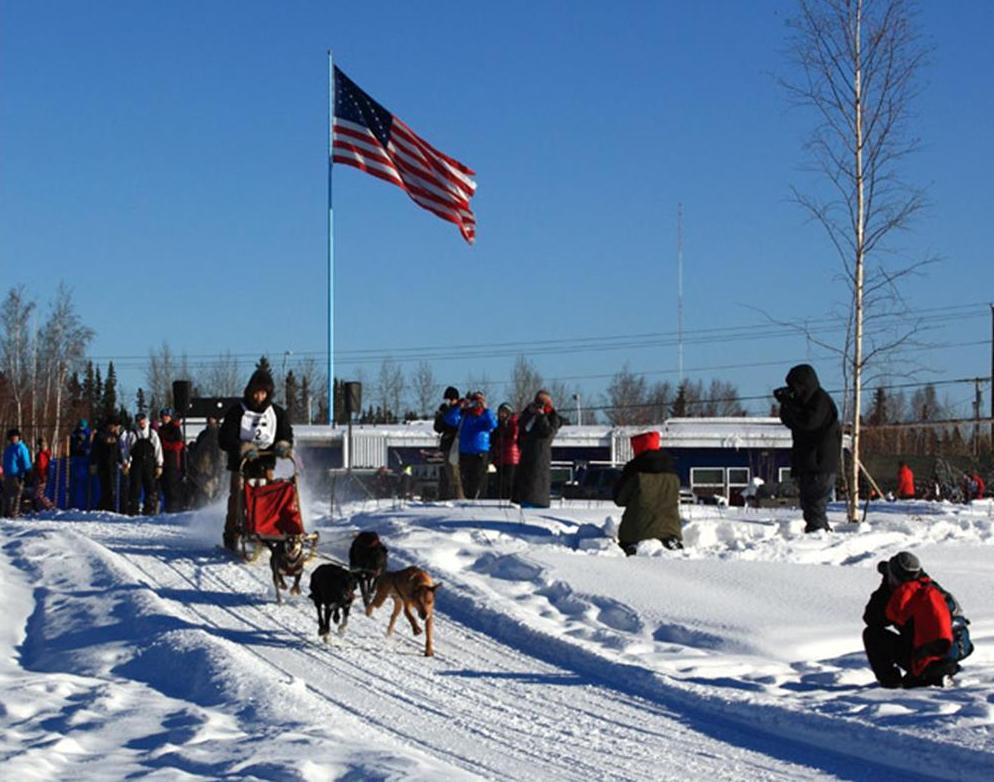