COOPER, Iowa, July 4, 2015 — In a renewal of our 10-year-old tradition, we marched our friends and neighbors Doug and Karen Lawton and this time their grandkids into one of their typical cornfields, to see how it’s measuring up on the old (and long-since outmoded) standard for a good crop: “Knee-high by the 4th of July.”  Right now, it’s head-high and then some!

Plus, it’s about as green and lush as corn can get.  And so is most all of rural Iowa — pretty as a postcard! 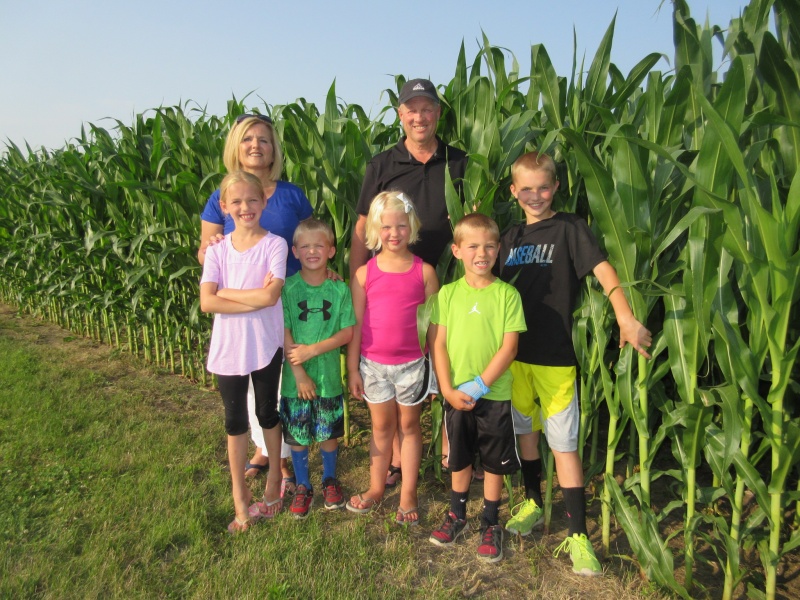 Here are Karen & Doug Lawton and all five of their grandchildren beside a cornfield the evening of July 3 on the east side of the Lawton home place, which is a mile northeast of Cooper in west central Iowa.  Left to right, the kids are Maggie Nailor, 8; Wesley Nailor, 6; Natalie Towers, 6; Nathan Towers, 7, and Cooper Nailor, 11.

It has indeed been a rainy, cool spring.  The rain gave farmers more rest than they wanted during planting season, and when you have a predicted high temperature of only 80 degrees on Independence Day, it’s very livable but certainly not normal.

“We started planting corn on April 17 this year, got a couple days in and then got rained out until April 29,” he said, checking his record the way most farmers of today do — by consulting the calendar on his smart phone.  “Then May was wet.  It seemed like we’d do two days of planting, then it’d rain a week.  That’s really how the whole of May went.  We finally finished planting our soybeans on the 1st or 2nd of June.  Then on the night of June 24 into the next morning, we got the 5-inch rain, which was way too much.”

One positive that came from it: “One day this past week, we saw the corn and bean markets both go up 20 to 30 cents in one day.  That’s a big jump, but it was reflecting that we’ve had too much moisture.” 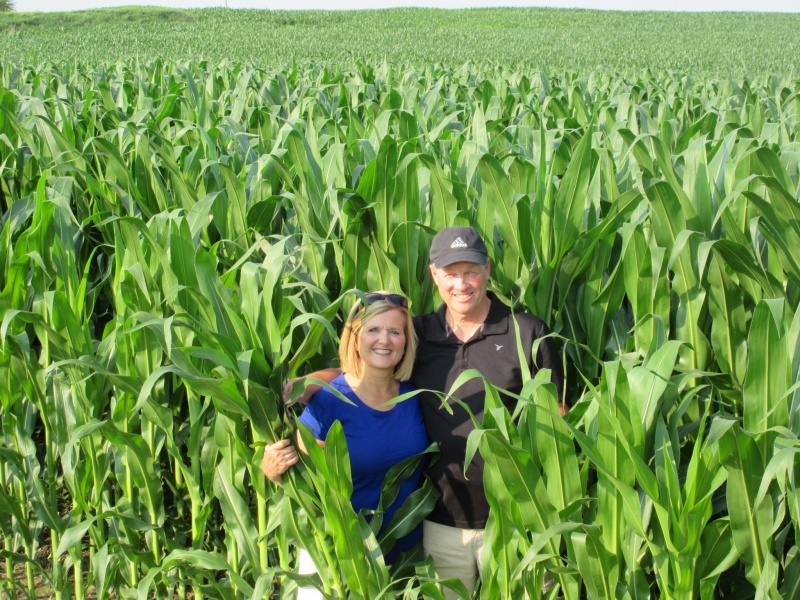 Grandson Nathan Towers suggested that if we shot this photo just right, we’d be able to see how tall the corn is and also see how it stretches way off in the distance.  We tried our best. 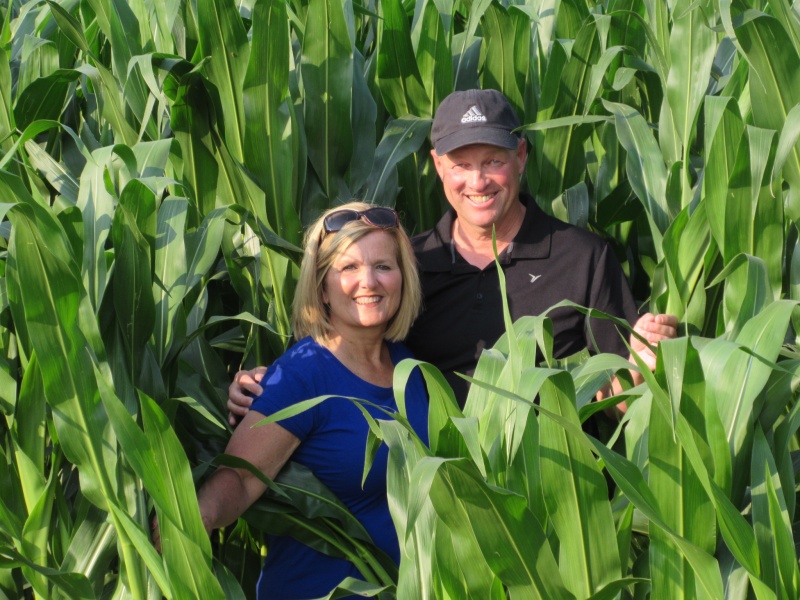 Here’s a closer look at Karen & Doug Lawton in the lush looking corn.

Now the Lawtons are rooting for normal summer heat to make this crop of corn and soybeans really take off in the second half of the season.  And all farmers around here are hoping the smoke drifting over our area from the wildfires in Canada will be blown away soon — we don’t need anything blocking our sun!

This is the Lawtons’ 36th crop in their adult lives, although both grew up in the neighborhood here so they’ve been part of farming since  they were born.  “We got married in 1977, I taught school a year, and then we moved back to farm in ’79.  This year they’ve planted “about 800 acres of corn and 800 acres of beans,” Doug said. 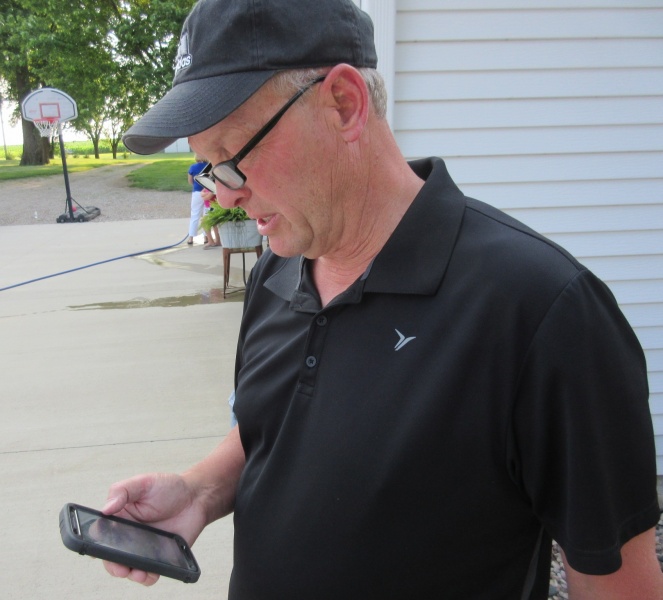 Doug Lawton shows you how most Iowa farmers today quick-check the details of their farming operations.