IDA GROVE, Iowa, Dec. 23, 2014 — Photographer Don Poggensee says it was 25 years ago this fall when he first saw a saw-whet owl, a small, sharp-featured “boreal” owl around his home community here in northwest Iowa.  The saw-whet, also called a “northern saw-whet,” is about the size of a robin.  They tend to hide in thick evergreen trees, so they can be hard to spot. “Ours usually show up toward the end of October or early November each year,” Poggensee says.  “They tend to leave about mid-March, as spring starts and the temperature begins to warm up.”

He usually sees them at Moorehead Park on the west edge of Ida Grove.

“Last year was a poor reproduction year, and that resulted in only one saw-whet that I found,” he said in an email. “It stayed with us throughout the winter months. It moved around the park, it seemed every few days, which gave me a tough time locating it, from day to day, when other birders would call, asking, if I would help them find it.  Many wanted to see one to add to their ‘list,’ or to photograph this species.  I named that owl ‘Gypsy,’ as it roamed the pine trees in the park and used many different roosting trees during the daylight hours.  The first roosting tree that I found it in last year is the same tree that the first one of this year turned up in.  There was only one day difference between the two arrival dates.  Could it be the the same owl as last year?”

Poggensee said that owl is the first one seen in the photos here.  “I have never seen one bend down and look me over, as this one did this year,” he added.

The saw-whets are seen all over Iowa by those who know where to look.  The name, incidentally, comes from their distinctive call, which some say is like “a saw on a whet stone.”

They like smaller pine trees or cedars if pines are not available, Poggensee explains. “Being small at seven inches, about the size of robins, sitting in pines during the day without moving, they go unnoticed by most people unless one is looking for them,” he added.  “I check for the whitewash on the branches or lower areas under the trees, and find their pellets and then looking up.  That’s how I locate them. Not sure on how long they live but would guess 10 to 15 years.”

Here are photos of his saw-whet friends. 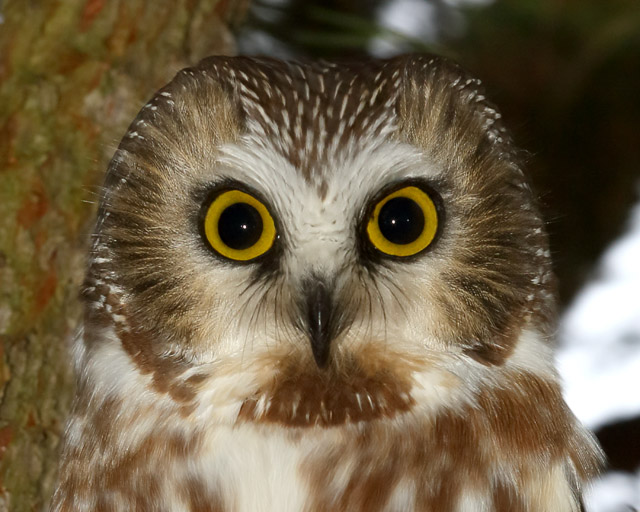 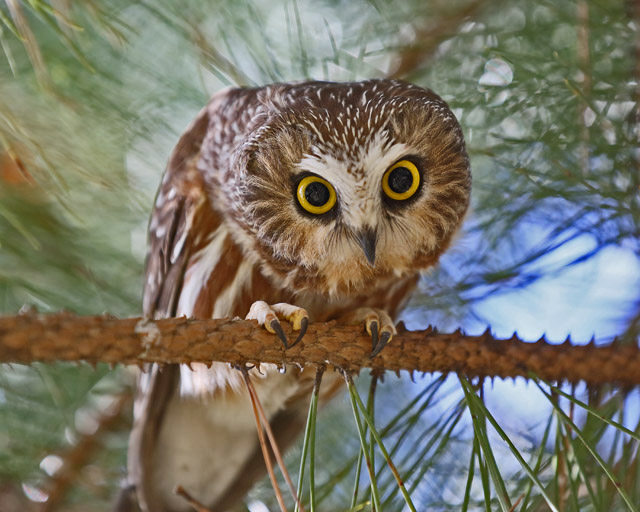 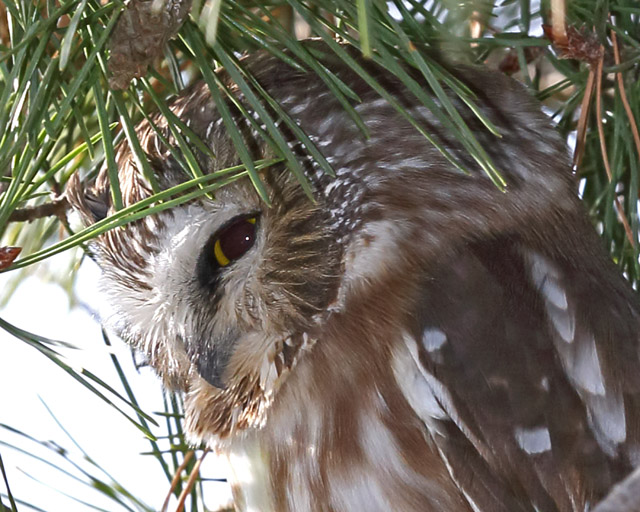 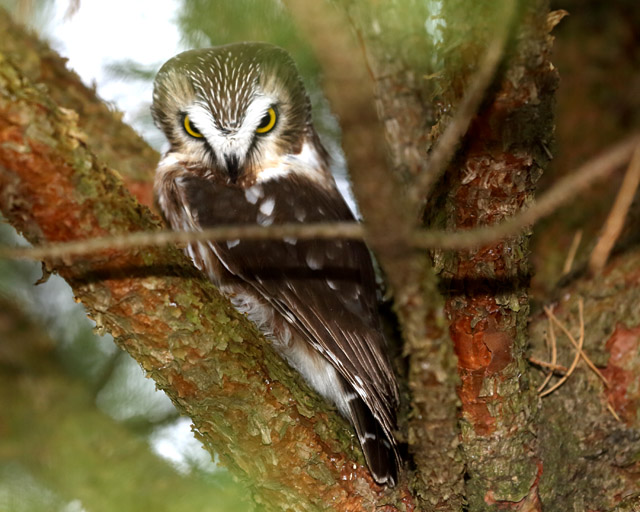 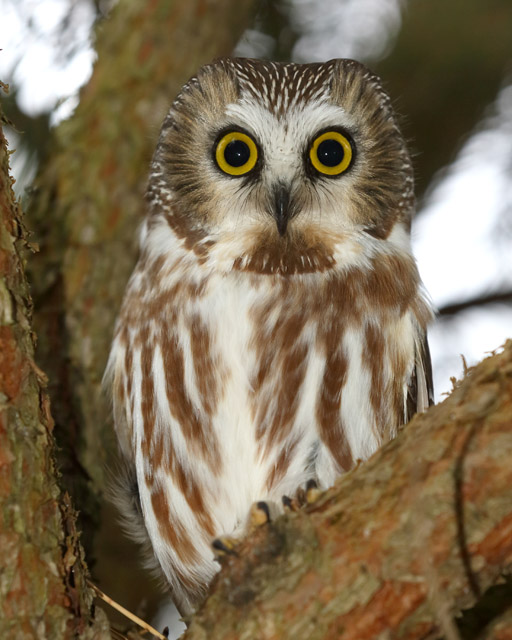