COOPER, Iowa, Oct. 18, 2014 – Over the years, when the well-known Des Moines-area meteorologist Charlie Notis has mentioned what the first 10 years of his childhood were like, it’s been a shock to his friends. “When I first met my wife Elaine when we were in grad school at Iowa State, she thought I was making it up to be dramatic,” Notis says. “When other people heard it, they’ve always said, ‘You’ve got to write it down.’ ” And now he has, in an easy-reading 141-page book “From Hell to Iowa.” The autobiography includes his daring, nighttime escape with his mother from their then-oppressive homeland of Albania 60 years ago this month.

You’ve probably been aware of Charlie Notis because of his long partnership with Harvey Freese in the forecasting company Freese-Notis Weather, which they formed in 1973 and continued until Notis’ retirement in 2011. It was a perfect name for a weather-predicting company, especially in Iowa, where weather – especially cold weather – is always a concern.

In addition to their main business of putting their meteorological expertise to work for private clients, Harvey and Charlie also did forecasting for several radio stations, and they became known for spicing up their predictions with some personality. “I tried to cheer it up, put a little life into it,” Notis said. They also started several other branches of the company together, eventually sold most of those, but the weather portion of the company continues.

Notis, who turns 70 today, is not among the vast majority of us who take for granted the good life we enjoy. “I’ve had a very, very good life,” he told me.  And he concludes the book saying he has “been incredibly blessed in my lifetime.”

But it sure didn’t start out that way. 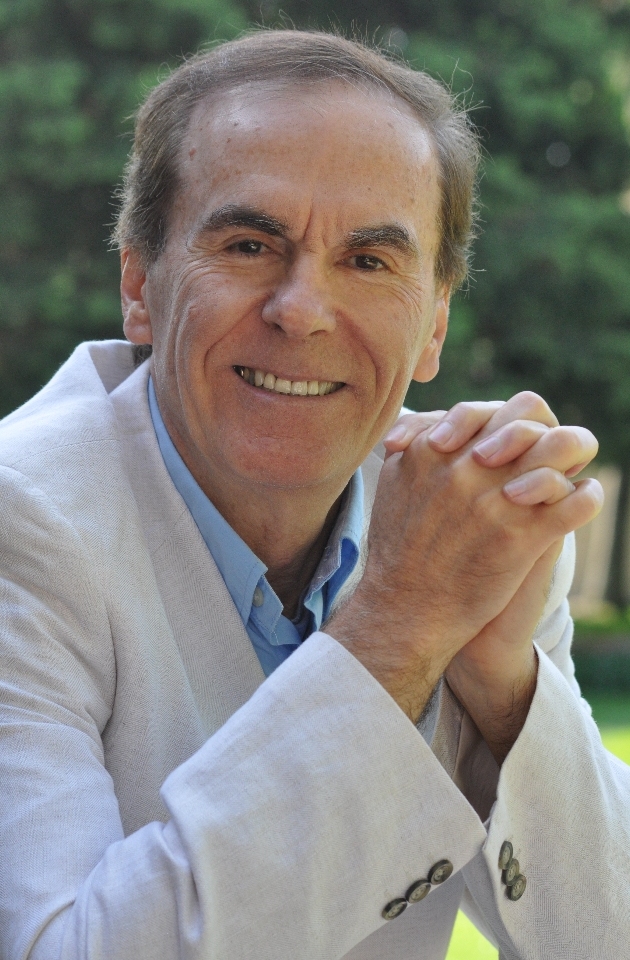 Today Albania is a picturesque southeastern European country of 2.7 million located just east across the Adriatic Sea from the “heel” of Italy, and just northwest of Greece.  But from 1944 to 1985, it was ruled by a Communist dictator, Enver Hoxha, whom Notis writes was a “megalomaniac,” “as ruthless as Kim Jong-un of North Korea is today.”  Hoxha “executed multitudes of people throughout his reign of power,” and he “imprisoned many thousands of others.”

The dictator turned Albania into “the most isolated country in the world,” Notis continued.

Notis was born in the town of Politsani, which had a population “of no more than 2,000.” The world was in turmoil back then in 1944, with World War II raging.  Troops from Italy, which was an ally of Germany, occupied Albania.  Charlie’s father Niko, like many Albanian men, was taken into a German concentration camp.  When the war ended, Niko Notis was released and the family gathered in a nearby Greek city to celebrate his freedom. After a brief reunion, they decided that Olymbia Economos Notis would take baby Charles and go back to Politsani to check on Niko’s mother Eleni there.  While Olymbia and her son were there, the border between Albania and Greece was sealed, and thus began the Notis family’s nearly 10 years of separation.

It was difficult, to say the least.

“As you might imagine, life in Politsani was quite simple, even crude,” Notis writes. “Think of what a town in a third-world country looks like today. By comparison, Politsani was even more backward.  As I’d mentioned, there were no automobiles, no electricity, and no indoor plumbing.  We lived in a two-floor house, but the bottom floor was just dirt.  Speaking of crudeness, there was no such thing as a toilet or toilet paper.  Fig leaves were rather useful in the outhouse, if an outhouse was even available.

“A lot of simple necessities we take for granted today were unheard of in Politsani, Albania. For example, what about a toothbrush or toothpaste?  Forget about it!  For drinking water, we would walk to a nearby natural fountain from a mountain stream and fill up a barrel or two with this precious water.  We got hot water for an occasional bath by heating the water in the wood-burning fireplace. This was the norm for this time and place.”

In school, “we were getting brainwashed every day,” Notis told me. “We’d have to stomp our feet and shout, ‘Down with the Americans!’ A sense of fear was instilled in us – even at that young age – that we better behave, or else.  We all were taught that we better adhere to the dictator. If I’d stayed and had another six months of that brainwashing, I’d probably have never agreed to leave there with my mother.” 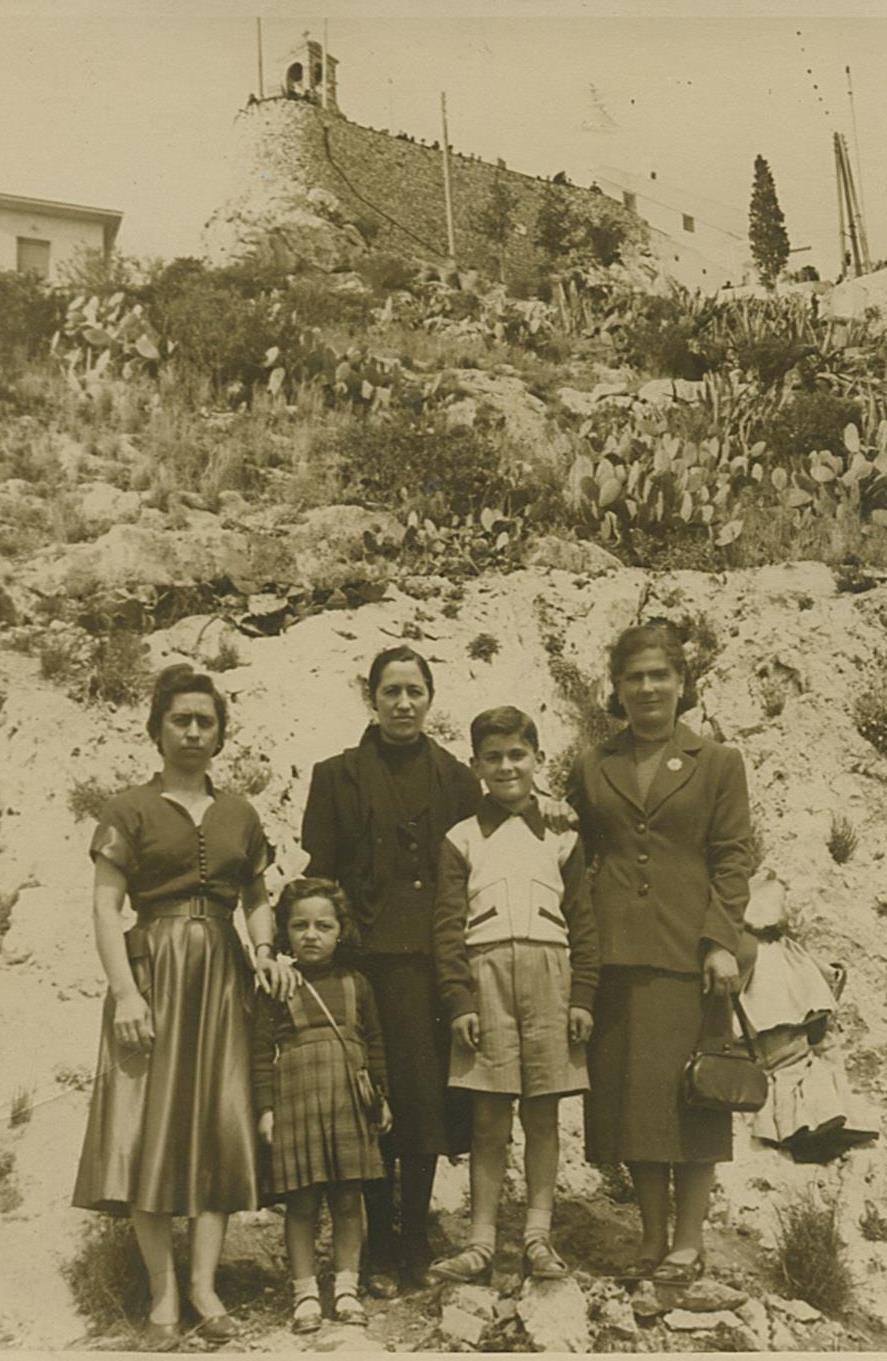 Young Charles Notis and his mother Olymbia Notis (right) soon after they had escaped from Albania to Greece, 60 years ago this month.

Niko Notis, during the long enforced absence from his family, had emigrated to Portland, Maine, and then on to Stockton, California, where he worked in a paper mill. He also was arranging with old friends in Albania to guide his wife and son in an escape that happened in early October, 1954.  The guides, Notis said, “both knew every nook and cranny of the countryside, and they knew where they could slip us across the border into Greece.  That border was heavily guarded by Communist soldiers, who would have shot us if they’d found us, but they couldn’t guard every bit of it.”

Young Charlie and Olymbia, along with two or three other small families, were guided on a three-night walk, sleeping in the daylight hours in a forest. They carried only a little water and bread.  By the time they reached freedom in Greece, “we were extremely thirsty since we had run out of water,” Notis writes. “The first thing we did was to run over to a tree and lick the dew from the leaves.”

The family finally reunited and began their new life in Brockton, Massachusetts, where Niko bought a pizza restaurant “The Blue Moon Café,” which became a local favorite. Meanwhile, Charlie embraced life as a young American.  He graduated from both high school and college there, then following a long interest in weather, pursued his master’s in meteorology at Iowa State in 1970.

There he met Elaine Jacquin, of St. Louis, a graduate student in mathematics, and they married in 1975. After commuting to his new business in the Des Moines area, the Notises moved to the suburb of Johnston in 1981 and are still there.  Charlie and Elaine have son Nick and his family in Seattle and daughter Christine and her family in Akron, Ohio.

He has never been back to Albania – he hopes to make that trip eventually – but he, Elaine, his sister and her husband have traveled together to areas of Greece he knew as a boy.

Charlie Notis’ account of his early life in Albania and his escape to America make “From Hell to Iowa” very intriguing reading. But almost as fascinating are his descriptions of the start-up of Freese-Notis Weather and its related businesses.  He is the kind of driven entrepreneur that we often see immigrants become here.

Speaking of, what does Notis think as he watches waves of new refugees trying to come to America?

“I feel for them, I really do,” he said. “I want them also to have a good life and enjoy this nation like I have. They’re just like we were, wanting to improve their lives.”

The book is available on Amazon.com, at Barnes & Noble and you can email the author himself at charlie.notis@weather.net. 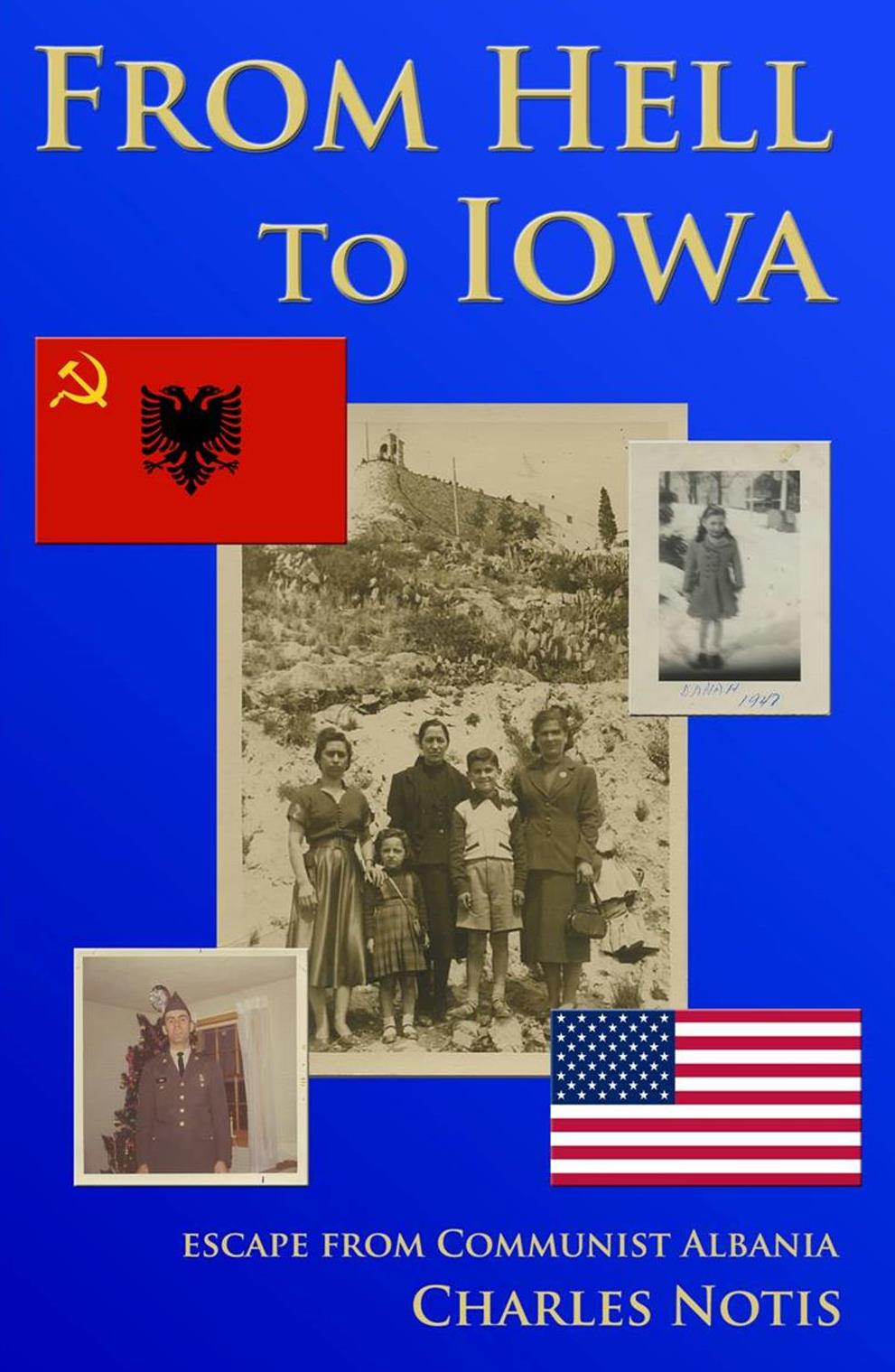 The cover of the book.