The battle is on at this writer’s rural home – man and two cats vs. mice.  In your initial skirmishes after you move to the country, you’re grossed out.  Then you get into acceptance and realize that combat with the little critters beats heck out of having to do the finances.  But Iowa State U. experts warn against overconfidence – the odds against us are overwhelming.  Better, they say, to recognize the good our little furry foes do, plug the holes in your home’s foundation and try to share the turf.  This is a story that was first published in the Iowa Farm Bureau’s “Family Living” magazine in January, 2008.  Unfortunately the man vs. mice war hasn’t changed a bit since then.

It may look plenty peaceful at Simple Serenity Farm, as we call our place in the west central Iowa countryside.  The cloak of winter would make you think that.  But there is a battle going on here.

Oh, Carla and I are getting along just fine, thank you.

It’s the mice we’re fighting.  Actually, the battle is mine, she keeps pointing out.  That’s when I whine about having to empty a mousetrap and re-set it.  “That’s your job,” Carla always says. “If you don’t want to do it, fine, leave it to me. And then you take over one of my jobs, like running the finances.”  That shuts me up immediately.  I’m happy to deal with the mice.

We are now in our fifth year of country living, and over time we have discovered several little secrets they don’t tell you about when you’re contemplating moving out here.  Some are negative, like that it’s almost always windy, and it’s often dusty.  Some are positive, like that your surroundings look like a painting that changes every day and, whatsmore, you never have to rake leaves again. 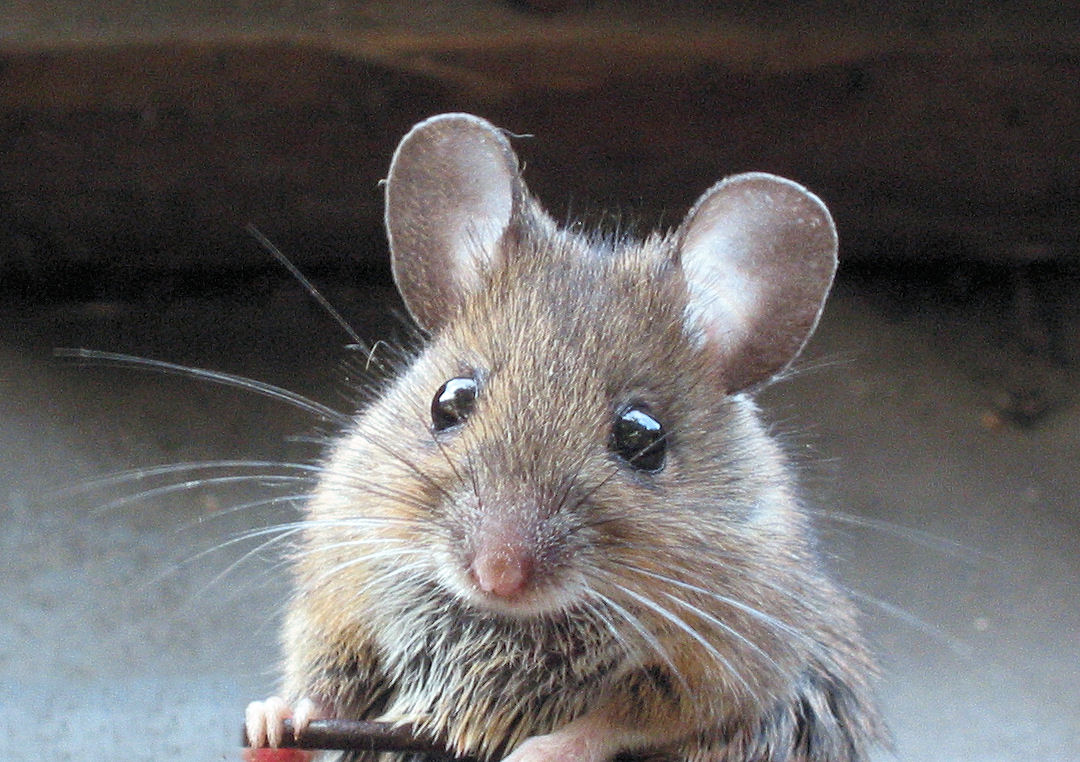 I rank the annual, early-winter battle with mice another of the negatives.  At first you’re shocked at how many country mice there are.  They’re everywhere.  I remember walking up on the front porch of a house in our tiny neighboring town of Cooper in our first year here, and seeing a dead mouse. “That is so gross!” I said to Carla. “How can these people live like this?”  Later, you wise-up get into acceptance.  Now when Carla tells me there’s a dead mouse on our own front porch, I say, “Hurrah! One fewer trying to come in here!”

You get dead mice on your front porch if you’ve got good outdoor cats.  They are your first line of defense.  And ol’ “Tigger” and frisky young “Hello Kitty” are MVPs at our place – that’s Most Valuable Pets.  I don’t mean to undervalue the work of our 80-pound, year-old lab-retriever dog “Sally,” who lives outdoors, too.  She’s doing a great job keeping away the rats, possums, skunks and raccoons, so those larger animals are seldom a real threat to get into the house.

Mice are more invasive.  They come a-running when the harvest is complete, the weather gets cold and we’ve got the furnace keeping it warm indoors.  The cats do a good job guarding the perimeter, but still a few mice get through and try to advance in the cellar.  And the patched-together foundation of a 108-year-old farmhouse is not really a test for a wily Iowa field mouse. That’s when I have to get involved. To live in the country, you’ve just got to have a few good mousetraps and a mean streak.

When we moved into our rehabbed farmhouse in June 2004, we were the first people to live here in eight years.  Even after all the construction, we started that summer under assault by mice.  We immediately bought mousetraps, and we were killing a half-dozen mice a day at first.  We managed to get the invasion slowed, and then a few weeks later, when we got our first cats, the mice just disappeared – until cold weather brought ’em around again.  But then, and now, we typically only have to trap five or six for the season, and the cats do the rest of the dirty work.

Alas, I am probably too cocky about how well we’re doing at mouse elimination.  I have certainly been underestimating the threat.  I say that now because I have just consulted Iowa State University experts on mice and other rural rodents, and they have given me eye-opening information that you other country residents may not want to know.

My question, delivered independently to Jason O’Brien, interim Extension wildlife specialist, and to Brent Danielson, an animal ecologist, was this:  Just how many mice could there be in Iowa?

Of course, experts don’t like to be pushed into speculation, but push, I did.  O’Brien protested he could only give me an “educated guess.”  Danielson said his estimates are “all just kind of back-of-the-envelope figuring.”

They started with the knowledge that the state of Iowa has 35,756,390 acres.  About 80 percent of the land is dedicated to production of row crops, which mice really like living around.

O’Brien did some quick research on deer mice and white-footed mice, the most common country mice, “those cute little furry, big-eyed critters with brown to gray fur above, and white underneath.”  He made “wild assumptions” based on normal availability of food, normal numbers of predators, reasonable habitat and average weather.  And he reported “the summer population density for both white-footed and deer mice may reach as high as about 15 mice per acre.  Other studies I found indicate that numbers can drop off to as low as two mice per acre.”

Their numbers can grow in a hurry.  How?

“Mice are pretty fecund – quite prolific,” he said.  For deer mice and white-footed mice, “litter size varies from one to eight young, but is usually three to five.  Females may have from two to four litters, or more, per year, depending on species and climate.  Females become sexually mature at about seven to eight weeks of age, meaning female mice born in spring and summer may breed that same year.”  Yikes.

Danielson said he added some other species closely related to deer and white-footed mice, and he came up with a figure of 335,208,900 mice in the state.

Either number is kind of a frightening figure, I said to Danielson.  He corrected me immediately.

“It shouldn’t be frightening at all,” he said. “Mice are the coolest things around. And if you’re in or around the farming business at all, they’re the best thing you’ve got going. They are eating those little weed seeds 24/7, you betcha.  They are eating 75 to 80 percent of the weed seeds that are out there.  They do the work of a whole lot of herbicide that doesn’t have to be used.”

But let’s make this plain, people.  There are more than 335 million of them, and not quite 3 million of us.  And we’re all in it together.

“We get lots of calls from people who have recently moved to the country, wondering what to do about mice and other animals showing up,” said Extension’s O’Brien.  “We kind of gently nudge them toward the recognition that once you move out there, you are sharing space with all those critters.”

You can write the columnist by email at chuck@Offenburger.com or use the handy comment form below here.