COOPER, Iowa, Jan. 21, 2014 — The Iowa precinct political caucuses are going to be held tonight, and as best as I can recall, I will not be attending a caucus for the first time in more than 40 years.  That’s because these are the first caucuses being held since I abandoned both the Republican and Democratic parties, changing my registration to become a “No Party” voter.

There are lots of reasons not to go:  The midday temperature is two degrees below zero as I write this. There are no formal presidential campaigns this year to attract big crowds.  There are lots of basketball games tonight.   Democrat Carla Offenburger has a church board meeting, and there are lots of other conflicts.  I believe the number of us independents in Iowa still tops the numbers of registered Democrats and Republicans.

When I think of all the above, I’ll probably be in an overwhelming majority of Iowans who will not be attending precinct caucuses tonight.

I will miss them, of course, because there’s probably nobody who has had as much fun at precinct caucuses and county conventions as I have.

I attended them as a Democrat in the 1970s, ’80s and early ’90s.  Then I attended them as a Republican from ’99 thru 2012, after I made the switch for two main reasons — my support of the Tennessee Republican Lamar Alexander for president and my realization that, with my firm pro-life view on abortion, I could no longer be a Democrat.  I got more actively involved in politics as a Republican than I ever was as a Democrat, even serving on the Central Committee of the Greene County Republican Party and being a delegate to county, district and state conventions. 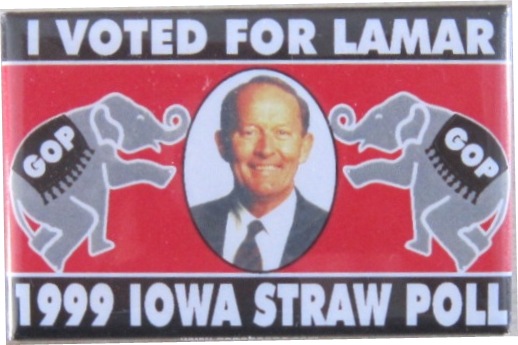 Our blogger believed so much in the presidential campaign of Tennessee Republican Lamar Alexander that he still wears this campaign button, calling it his “I told you so” button.

But then in 2011, my fellow Republicans here wouldn’t tolerate me actively supporting the campaign of my friend of 30 years Christie Vilsack, a Democrat who was running for Congress against the intolerable Republican Steve King.  After several rancorous meetings about it, I decided to resign from the GOP Central Committee, right before they were going to vote me off.  And I changed my party registration.  You know the rest of the story — Vilsack gave King the best race he’s ever had, but he still won and I’m still pouting about it.

But these caucuses are about more than just candidates and campaigns.

What I will miss most about not being at a precinct caucus tonight in this “off-year” political cycle is offering resolutions for a party’s platform.  Many people believe that is a tedious, fractious process that most reasonable people ignore.  In fact, if you’re ever at a county, district or state convention when the platform discussions begin, look around and you will realize that most of your party’s candidates will have vamoosed.  They want no part of being tied to any nuttiness that gets proposed.

But I always looked at putting together the platform as the real grass roots of American politics.  If there’s some issue you care about — whether local, state, national or international — you can offer a proposal about it in your precinct caucus and make your argument why it should be approved by the group and referred on up the political line.  It then gets considered at the county convention, then possibly the district convention and maybe even on to the state and national conventions. 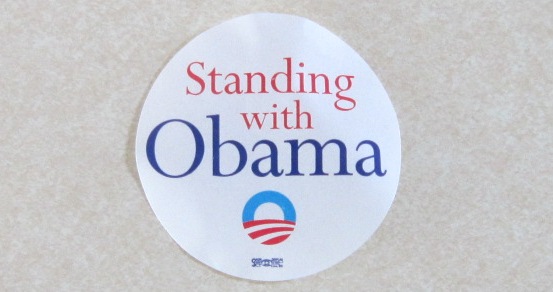 Let’s see, our blogger caucused twice for Republican Mitt Romney, but he wound up voting for Republican John McCain in the 2008 election and Democrat Barack Obama in 2012.

I’ve offered a lot of such platform proposals over the decades, in both parties.  Some I’ve proposed very seriously — as in calling for the end of a war, outlawing abortion, liberalizing immigration laws, favoring free universal healthcare, and setting term limits for state and federal office holders.  Let me tell you, when you offer proposals like that, at a gathering of either party, you’re going to get some serious arguments.  And I’ve always respected and enjoyed that.

Other proposals I’ve offered just to be ornery.

At the Democratic Party precinct caucus in 1972 in my particular ward of my hometown Shenandoah, where I was living and working at the time,  I offered this proposal: “We propose that in the interest of governmental efficiency, Page and Fremont Counties be merged, with the county seat moved to a central location.”  Shenandoah is located on the border of those two counties deep in southwest Iowa. The proposal would’ve meant closing the courthouses in neighboring towns of Clarinda and Sidney, and opening a new one in Shenandoah. There were three other attendees at my precinct caucus, and two of them worked with me at the Evening Sentinel. We voted approval of my proposal and sent it on to the county convention.  Well, between the caucus and the county convention, I was hired away by the Des Moines Register and moved.  But I was delighted when I learned later that at the county convention, which was held that year in Clarinda, the chairperson of the platform discussion, who was from Clarinda, read my proposal, then looked up and, with smoke blowing out his ears, said, “And just WHO proposed this?”  It was defeated. 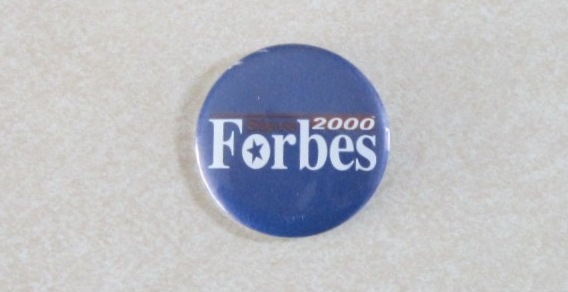 Here’s a Republican we haven’t heard much about lately.

And then there’s the “baseball proposal” I have offered.  Imagine this — I have seen the proposal at first defeated, then in other years approved, by Republicans and Democrats in both Buena Vista and Greene Counties!

Here’s the proposal, in essence:  “We proposed that the Commissioner of Baseball be ordered to establish a Major League Baseball franchise in Havana, Cuba; that all travel restrictions be ended between the United States and Cuba; that American fans be encouraged to follow their favorite teams to games in Havana, and that Cuba fans be invited to follow their Havana team around the U.S. We believe that if this baseball initiative is enacted, the Castro regime in Cuba will last for about 10 more minutes and will then fall without a shot being fired.”

(If you like it, feel free to offer it in your precinct caucus tonight.  Enjoy the stares you will receive from several people in the crowd who will find it shocking that somebody could be offering such a proposal.)

I will miss clashing over some issue tonight with Richard St. Clair and Robert Holz at the Central Precinct Republican caucus here in Greene County.  I don’t know what the issue would be, but the three of us would find one to argue.  St. Clair and Holz are — and I’m sure they’d both be proud of my descriptin of them — hard-headed, rock-ribbed conservatives.  I’m not.  They each generally offer some platform proposals, some of them reasonable, some of them not so much, just as I do.  And we’ve stoutly defended our opposing positions.

My favorite St. Clair moment was two years ago at the caucus.  Since I was still on the Central Committee then, I’d been asked by the county chairperson to be the temporary chairperson of the precinct caucus.  That is the person who formally opens the caucus, and then directs the first item of business — naming a permanent chairperson for the evening.  That’s a position nobody wants to hold.  I volunteered to continue as chairperson and conduct the meeting.  St. Clair objected, forcing a vote.  I can’t remember whether he was the solo vote against me, or if Holz joined him on that one.  I loved it. 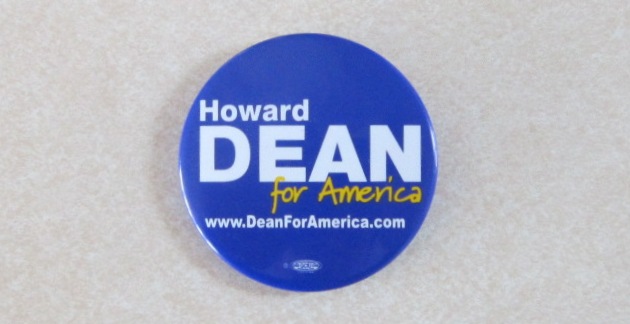 Our blogger briefly considered Democrat Howard Dean in 2004 but went with Republican George W. Bush instead.

My favorite Holz moment was a couple years earlier.  There’d been a whole lot of clamor on conservative websites and talk shows about how a “NAFTA super highway” was going to be built — “8-lanes wide from Mexico to Canada” — and that it would kill American commerce.  I had been in two “town hall” meetings in Jefferson where Holz or others asked about this.  At those meetings, U.S. Rep. Tom Latham and U.S. Senator Charles Grassley each said there was nothing to this highway, that it was “an Internet myth,” as Grassley put it.

Nevertheless, Holz proposed a resolution at either our precinct caucus, or maybe it was at our county convention, that we as a Republican Party should oppose the construction of the NAFTA super highway.  So I offered an amendment which pointed out that even though our congressman and our senator had told us there is no such project as the super highway being considered, nevertheless, if there is such a mega-highway to be built through our territory, then we want an exit added for our town of Cooper (pop. 30).

I think both Holz and I got beat on that one.

But sometimes you just want to make a point, you know?  Precinct caucuses are really good for that.

So, stand up tonight and have your say, you loyal Republicans and Democrats.  We independents will tell you later if you’re making any sense. 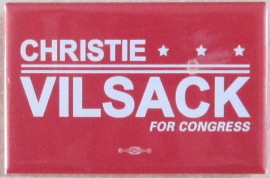 This is another of our blogger’s “I told you so” buttons.