FORT WORTH, Texas, Nov. 7, 2015 – The author, a Vanderbilt University classmate and good friend of Chuck Offenburger, has spent most of his career as headmaster of private college-preparatory schools in North Carolina and Texas. He retired in 2013 from The Kinkaid School in Houston, but is spending this year as a one-year interim head of Trinity Valley School in Fort Worth. After attending his high school reunion in Lynchburg, Va., earlier this fall, he wrote this letter to his adult colleagues at Trinity Valley School.

Permit me some rambling.  I attended my 50-year high school reunion last weekend, the first I had been able to attend.  It was great to reconnect with friends that I had not seen in so long a time, and to share good memories with them.  Of course, our high school achievements had grown impressively in the intervening years!  Turns out that I had actually made the All-State football team in my senior year! 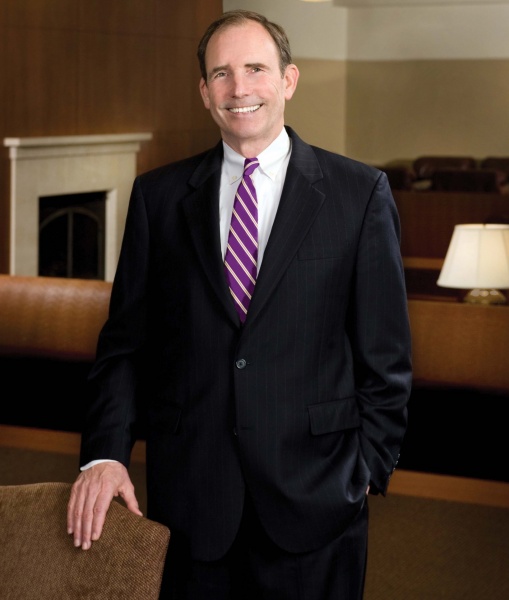 DON NORTH.  Fifty years later, high school classmates could really be honest with each other about the feelings, fears and questions they had when they lived through the first wave of racial integration of schools in the South.

I attended E.C. Glass High School, a large public high school with about 2500 students in the central Virginia city of Lynchburg. For all of its history, it had been a white school.  But in January of 1962, two students from Dunbar High School, the black high school in town, joined the class of 1965 (this was our freshmen year).  In the fall of 1962, two other Dunbar students joined the class, and all four graduated in the spring of 1965.

The two students who enrolled in E.C. Glass High School halfway through our freshmen year came to the recent reunion, Rev. Owen Caldwell, now a Baptist minister, and Dr. Lynda Woodruff, who is retired after a career as a college professor.  They were, of course, introduced and received a standing ovation from the 150 or so other members of the class who had come to the reunion.

Owen Caldwell, the only male of the four, spoke to the assemblage about their experiences, and invited any of his white classmates to speak about what their coming to E.C. Glass had meant to them.  Three white students spoke, thanking Owen and Lynda and expressing their admiration and appreciation for them. Then another standing ovation.

The ovations were, I believe, neither gratuitous nor self-congratulatory, but rather a genuine recognition, not possible when we are all teenagers, of the courage, determination, and historic commitment of these then-very young people. 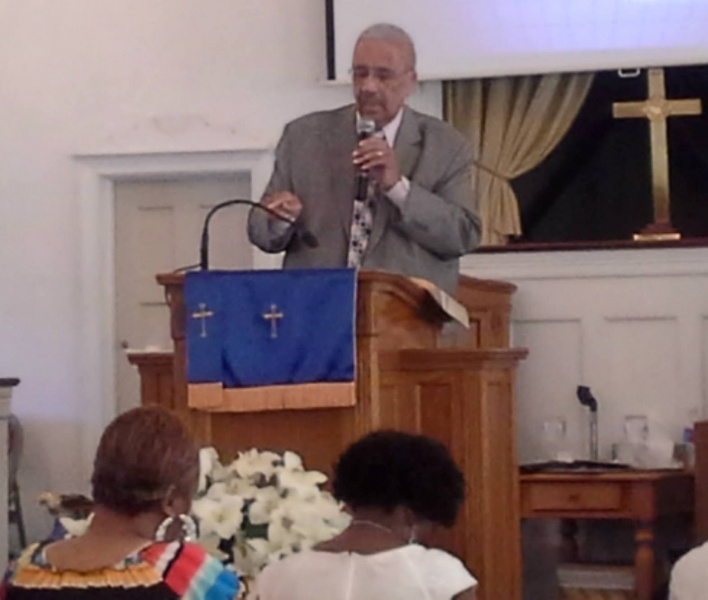 REV. OWEN C. CALDWELL, JR.  He is shown here preaching at the New Canaan International Church, which is Baptist affiliated, a church he has headed for decades in Richmond, Va.

Now, two quick notes from a conversation that a couple of our classmates had with Owen and Lynda before the reunion party.

One classmate asked Lynda how they could tell, in that earlier time, if a white classmate might be a potential ally.  She said “if they looked me in the eye, I knew they might become an ally.”

She also reported that sometime a couple of weeks after enrolling at E.C. Glass High, she attended a basketball game at her former high school, Dunbar.  She sat down in the stands among friends and former schoolmates, and they got up and left.  Apparently they resented her for leaving, and apparently thought she considered herself better than they were.  So with this act of joining the all-white high school, she had lost friends, wasn’t sure she could make new friends, and was isolated. 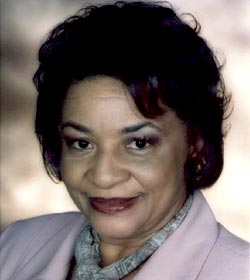 DR. LYNDA WOODRUFF. She’s had an excellent career as a college professor and business owner in Georgia. It’s astonishing to think back on the isolation and other challenges she and other young blacks experienced in the first years of school integration.

–Students of any racial minority in a majority white school face potential isolation.  Not complete, like Lynda’s, but some form of it, and isolation is a lonely feeling.

–Two, it is not helpful to think that “Race doesn’t matter to me.  I treat all students the same.” Race does matter; so, too, do culture, religion, geography, and other things.  Good teachers recognize these differences, affirm them, and have some sense of their impact on learning.

–Three, it is critical that all spaces at the school – our classrooms, gym and fields, stages, and others – be safe for our students.  We cannot allow comments, even if the speaker thinks he or she is just being funny, that are based on race, culture, religion, etc., and are demeaning.

You know and practice these things in your work, I am certain. But it may help to remember that our students note – and will remember – what our actions, and our pedagogical habits, suggest about our commitment to safety and respect for individual differences.

All our students need allies, in their classmates and in the faculty, but some more than others. 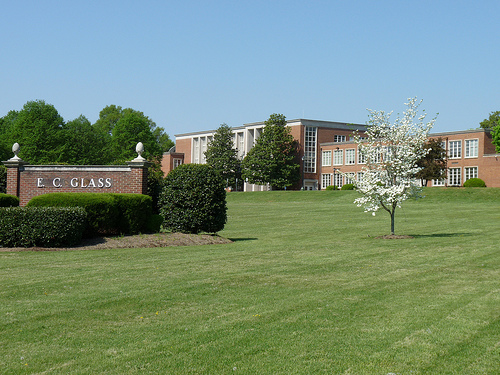 E.C. GLASS HIGH SCHOOL.  This is the school in Lynchburg, Va., that launched Don North, Rev. Owen Caldwell, Dr. Lynda Woodruff and a lot of other pioneers in racial integration in the early to mid 1960s.

The writer here, Donald C. North, is regarded by his old college pals as a classic Vanderbilt graduate. He was a varsity football running back who was also an English major; he is a widely-respected leader in his professional field, and he has always been a heck of a nice guy. After graduating in 1969, he went on to earn a master’s degree in English from Middlebury College in Vermont, and during his studies there, he spent the summer of ’78 studying 19th century British poetry at Lincoln College at Oxford University in England. He married his college classmate & sweetheart Mary Murrill, and they have three grown daughters and four grandchildren, You can write to him by email at don.north@sbcglobal.net, or comment on his column by using the handy form below.