JEFFERSON, Iowa, Nov. 4, 2015 — After a brief noon-hour ceremony on Tuesday, “Courthouse 100” is now underway here in Greene County.  Tuesday’s event was 100 years to the day from the actual groundbreaking for our county courthouse, and members of today’s board of supervisors sported old-time hats and wielded shovels to help commemorate the anniversary.

I’m on a committee of nine — we may add more — planning several events for the centennial celebration, which will go on over the next two years.  That’s how long it took to complete the construction of the courthouse, which opened in 1917.

This next May, we’ll be commemorating the laying of the cornerstone.  Along the way, there will be some special programs done in collaboration with the Greene County Historical Society.  We’ll offer occasional guided public tours of the building.  And eventually we may even have a gala in the rotunda and hallways of the upper floors.

Don Van Gilder, the assistant county engineer who has studied the courthouse’s history, is the chairperson of the “Courthouse 100” committee.  Others on it are his wife Jean Van Gilder, Mary Weaver, Tori Riley, Mike & Dianne Piepel, Hollie Roberts and Denise O’Brien Van.

The photos below give a look at the groundbreaking commemoration held on Tuesday. 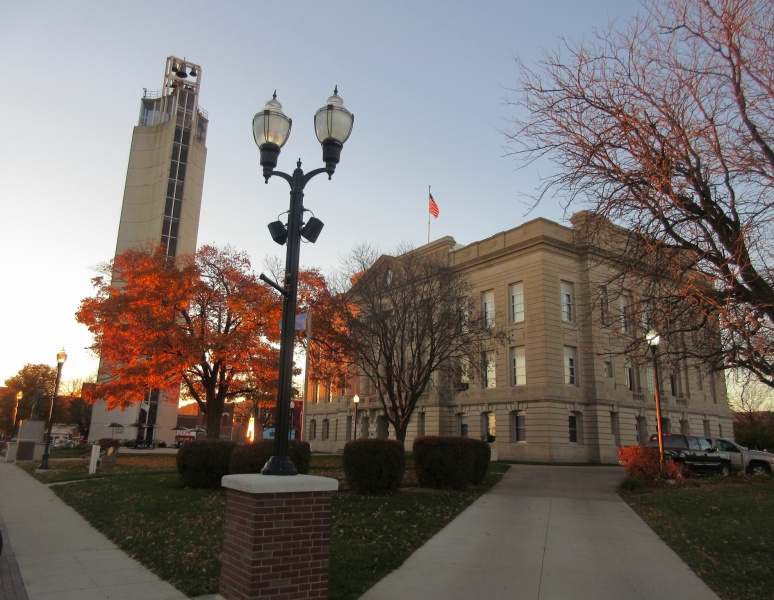 The Greene County Courthouse in Jefferson, as seen from the southeast, with the Mahanay Memorial Carillon Tower at the left. 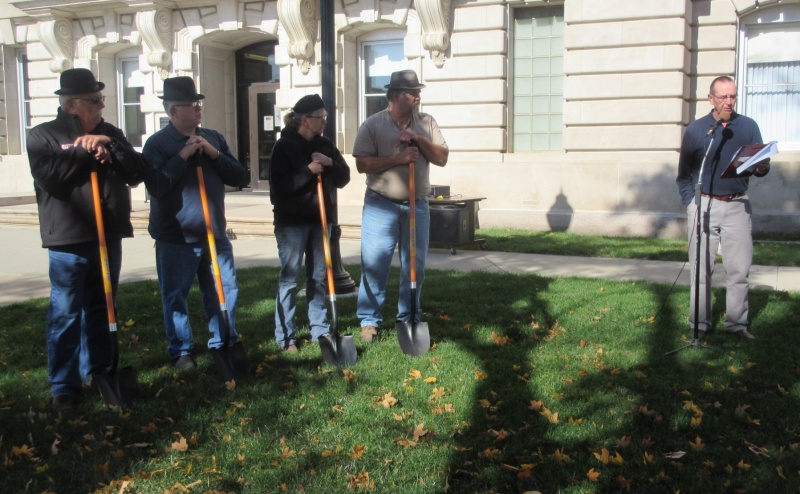 At the ceremony Tuesday, assistant county engineer Don Van Gilder, right, outlined the history that led to the Nov. 3, 1915, groundbreaking for a new courthouse in Greene County.  Listening are four members of today’s board of supervisors, at-the-ready for a centennial commemoration of the groundbreaking.  Left to right are Tom Contner, Mick Burkett, Dawn Rudolph and John Muir. The other supervisor, Guy Richardson, was unable to attend. 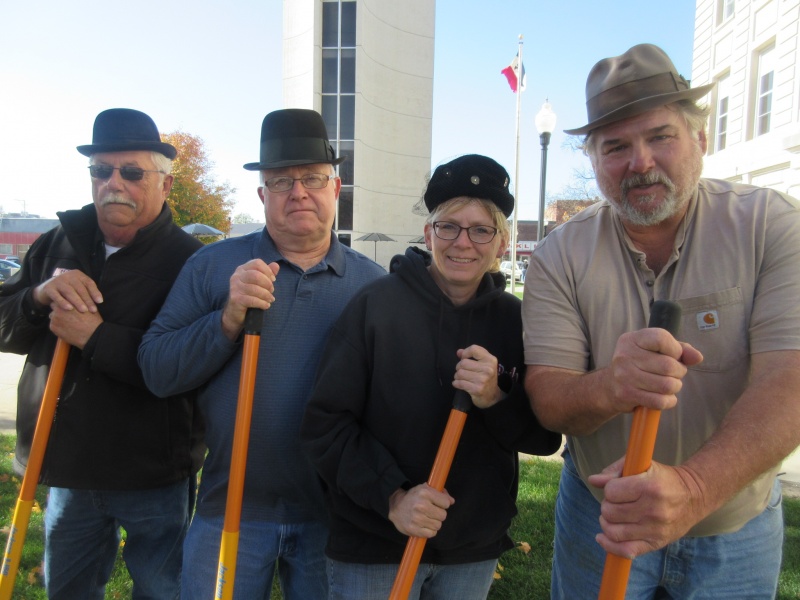 The four members of the board of supervisors who were at the centennial commemoration groundbreaking sported hats like the supervisors might have worn back in 1915.  Left to right are Tom Contner, Mick Burkett, Dawn Rudolph and John Muir. 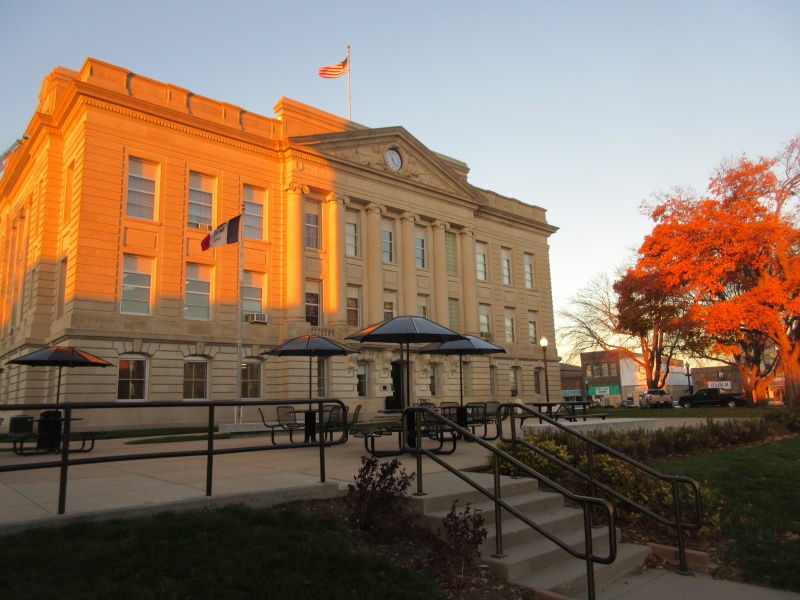 A look at the nearly 100-year-old Greene County Courthouse, from the southwest, in the late-afternoon November sun. 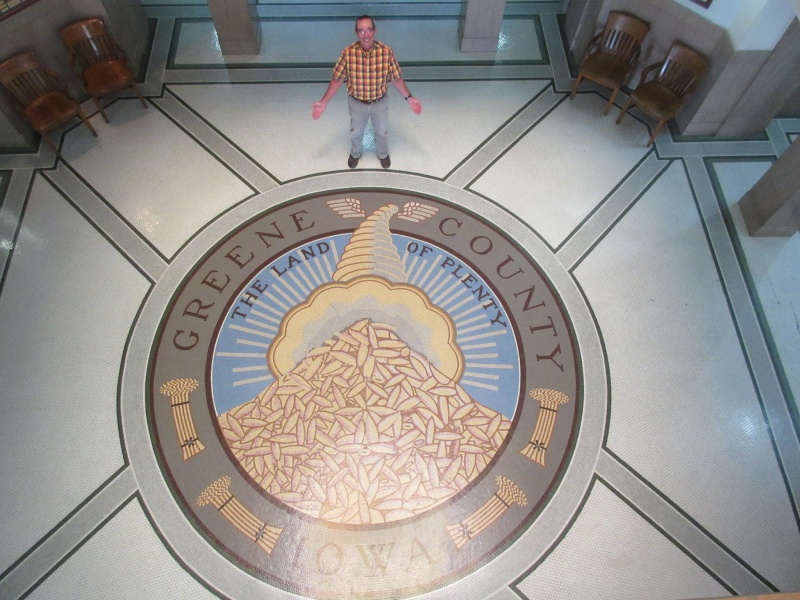 One of the most unusual features of the Greene County Courthouse is the ceramic tile mosaic, 14 feet in diameter, in the floor of the 3-story rotunda.  The mosaic is a portrayal of the county’s official seal, with the corn-filled horn-of-plenty a symbol for “The Land of Plenty.”  The building also has stained glass ceilings in its domes, historic murals high up in the central dome, and other distinctive touches we’ll feature later here.  It is testimony to what a bold and far-sighted project the new courthouse was, back in 1915, that it has not only lasted 100 years but is still inspiring people.