COOPER, Iowa, Dec. 16, 2013 — I have finally accepted that I am in Iowa and I left my granddaughters in New Haven, Connecticut.  Every time we visit them or they visit us, it takes days, sometimes weeks, to realize the distance between us.  That’s because when we are together they are so into being with us that it’s all-consuming in the best of ways.

And now the girls – Lindsay and Casey – are old enough to have serious conversations and activities galore.  Lindsay is 6 and in first grade at East Rock Magnet School.  Casey turned 3 when we were visiting and she attends Calvin Hill Day Care Center.  What wonderfully smart and active girls they are, keeping their parents Andrew and Maria Offenburger breathtakingly busy.

Oh, as bright and good as the girls are, they can have their moments.  Especially little Casey.  She knows exactly where the “Time Out” seat is on the bottom step.  I might have been able to see a slight path in the carpet from the living room area to the stairs.  But Casey takes her “Time Outs” seriously, and they never last long.  She can be a lot like her Grandma Carla – vocal and stubborn.

Lindsay and Casey’s personalities are so different it is astounding.  If I had to describe them each in one word, Lindsay would be thoughtful and Casey would be independent.  While Lindsay loves to cuddle and read with me, Casey wants to be doing something on the floor – often by herself. 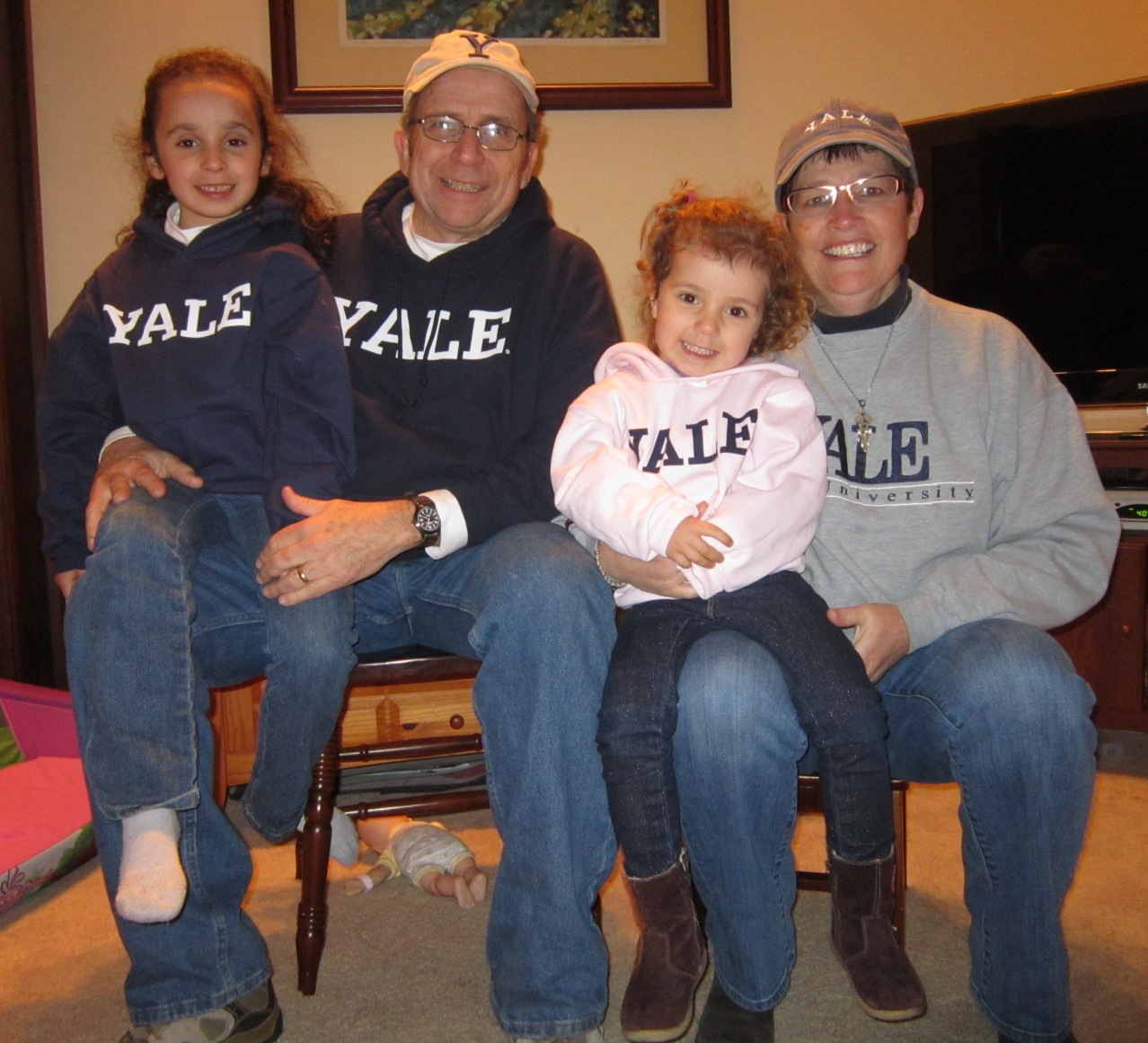 Yale fans all suited up for “The Game” against Harvard.  Left to right are Lindsay, Chuck, Casey and Carla Offenburger.

During our 9-day stay around Thanksgiving, we did wonderful things together, including a fun family party for Casey’s birthday, complete with the “pink cake with a fairy and a dog on it” as she requested.  I am always astounded how quickly a gift can be the center of attention and then disappear into the abyss of so many toys in the corner.

I am also in awe of the fashion sense these young girls have.  Perhaps this will haunt me some day in their future, but as long as I’m not a direct part of the madness, I don’t mind seeing how both the girls are picky dressers and know what they like and don’t like to wear.   If you give Casey something in pink and a fancy headband, she’s pretty happy.    Shoes appear to be an issue at every outing.  And oh, how obsessed the girls were that Grandpa Chuck wore his shoes when we were indoors in the condo!

We did Thanksgiving up right, with the big typical dinner.  Our Thanksgiving Day starts with the Macy’s Thanksgiving parade on TV, a flurry of activity in the kitchen and then a great meal.  This year, as at other Thanksgivings in New Haven, we had international friends of Andrew and Maria join us, people they’ve met around Yale University, where Andrew is completing work on his Ph.d. in history.  Introducing newcomers to the Thanksgiving traditions is always fun.  It’s a challenge to have room for all the food items and cooking that have to occur over a two day period.  We were all thankful that it was just chilly enough outdoors that the car could serve as an extra refrigerator for the turkey and pies.

Speaking of pies, Lindsay and Casey love to spend time in the kitchen baking, and I love to bake with them.  We did three pies together on Wednesday evening, one sour cream apple and two pumpkin – and one of the pumpkin pies was gluten free for Lindsay and her special diet.  You can’t take your baking too seriously when granddaughters want to break the eggs and mix the dough.  It is what it is.  What’s a little eggshell in your pumpkin pie, after all?  And unbeknownst to their mother, there’s a lot of tasting going on, even if it is before dinner.

This trip to New Haven included our third Harvard vs. Yale football game.  We start this tradition with a trip the night before the game to the Yale bookstore, to get us all our Yale apparel.  And the store is packed with everyone else doing the same thing, so it’s really festive and fun.  After that, the football experience sort of went downhill.

All of us Offenburgers concluded that doing two Harvard-Yale games is charming and three is, well, just a lot of, um, people.   We all agreed that this year was most likely our last Harvard-Yale football game.  For two reasons, really – Andrew is finishing up his studies and will likely be moving, and game day itself is just too much of the worst of Yale and Harvard.

First, we had to get to the Yale Bowl, which means we had to wait in a very long line to get on yellow school buses used as shuttles from downtown New Haven to make the 2-mile trip west to the stadium.  We are patient people, and we like each other so talking while waiting comes easy.   And Lindsay and Casey are easily distracted with short walks up and down the sidewalk.  BUT, when you are waiting at least an hour to get on a bus, it can become extremely irritating when young Yale and Harvard students find nothing at all wrong with cutting in line.  Oh, they think they are being clever as only Ivy Leaguers must believe they are.  You can all imagine what they do – slide up to some unsuspecting family or couple and inch their way in.  Or they find that long lost friend they j-u-s-t l-o-v-e and next thing you know, they’ve found a new spot to hang out.

What this all means – when it happens more times than you’d like to believe – is that what should be no more than a 45-minute wait can become a 2-hour wait.  No kidding.  I had no problem voicing my displeasure to some Harvard students.   Of course, my comments were obviously not strong enough to get them to move to the back of the line.  Mmmm.

And then there’s the school bus ride – where young alums from either Harvard or Yale find it perfectly okay to read the bus “rules” and comment on the “no beverages” line and think their mixed drinks, don’t count.  On a 2-mile ride.  Seriously.

Oh, and let me just tell you that getting through the student tailgating section was about as disgusting as you can imagine.  It is total chaos, no one finds a garbage can for their tailgate plate or beverage container, and those who can’t stand up find someone who will hold them up.  I didn’t mind the loud music or the fun that seemed to be in abundance, but the trash and drunkenness was, well, disappointing.

The tailgate party meal, which is free to Yale students and their guests, was the best part.  The serving lines are set up in tents away from the drunks, and we’ve really enjoyed it on our three experiences at “The Game,” as the rivalry is known.  Now that Lindsay is eating gluten-free, Maria had to seek out special tailgate food, and it was worth the ticket price to see this determined young mother walk off to a private tailgate and come back with a plateful of grilled chicken, clam chowder and fruit – enough for Lindsay to get full and the rest of us to nibble.  The Yale tailgate food included chicken wraps, chili, and pork sandwiches, cookies and fruit.

The game itself is hardly worth mentioning.  We’ve never seen Yale win!  In fact, Lindsay leaned over to me at one point after Harvard scored again and said, “Yale isn’t very good, Grandma.”  Indeed, this time it was all Harvard, 34-7.   We only stayed through the halftime show (Yale was already getting clobbered 28-0) and then headed out only to wait again in a long line to get back on a yellow school bus – now with a bunch of pushy, obnoxious, drunk Yale and Harvard students.  Oh, give me an Iowa State, Iowa or Vanderbilt tailgate and game anytime, and I’ll be happier.

We didn’t let the game dampen our visit much, though, because we have so much to do.  So many great Yale campus places to visit, so many restaurants to try and so much family time.  Taking Lindsay and Casey on a Yale campus adventure turned into a Vanderbilt celebration, of sorts.  The Vanderbilt family, which endowed the university in Nashville where Chuck graduated, also paid for one of the classic residence halls at Yale, and we stopped by with our granddaughters to get our picture taken there.

Small world.  We love it all, as you’ll see in the photos below here.

And that’s why it always takes me some time to get back in the swing of things when we leave. 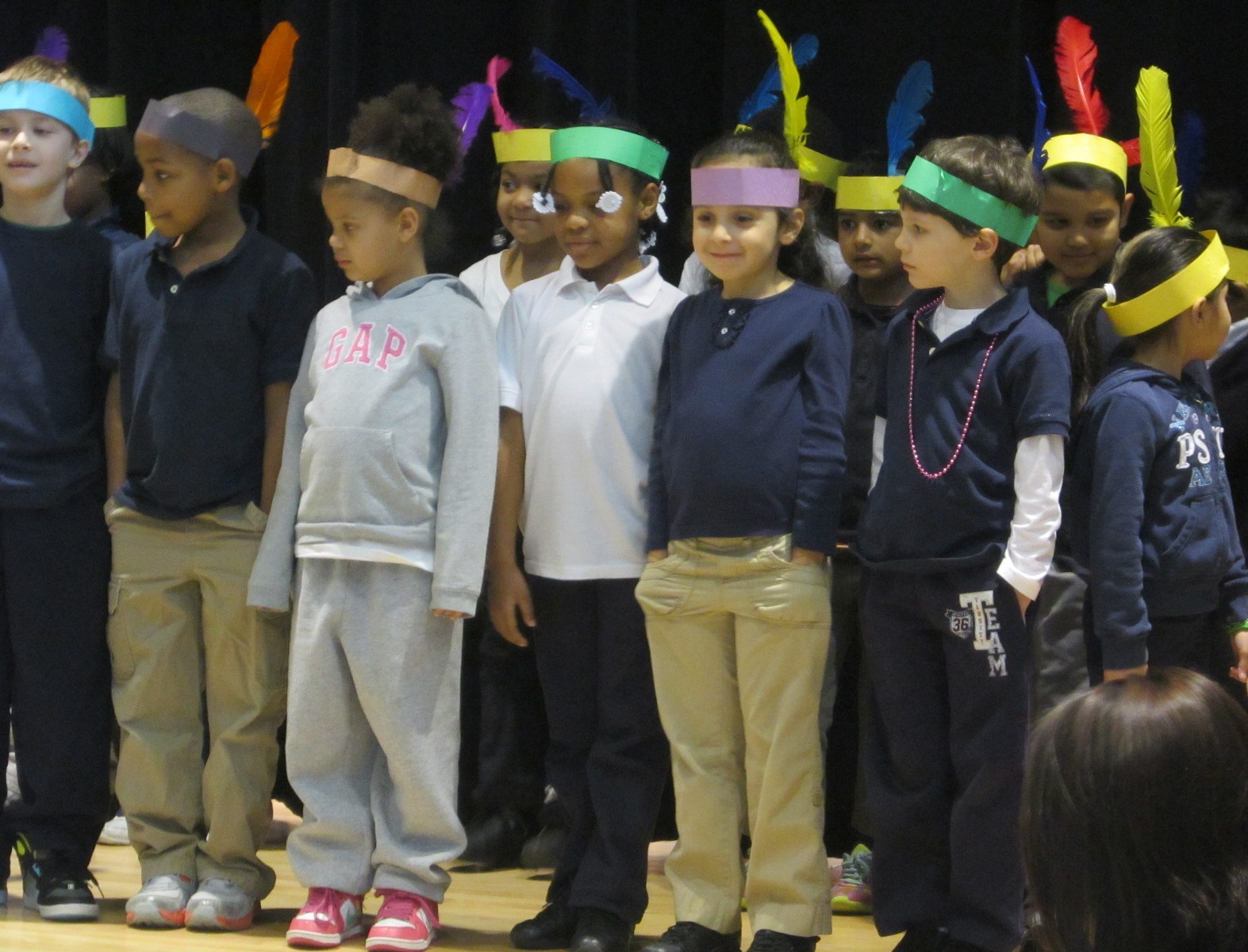 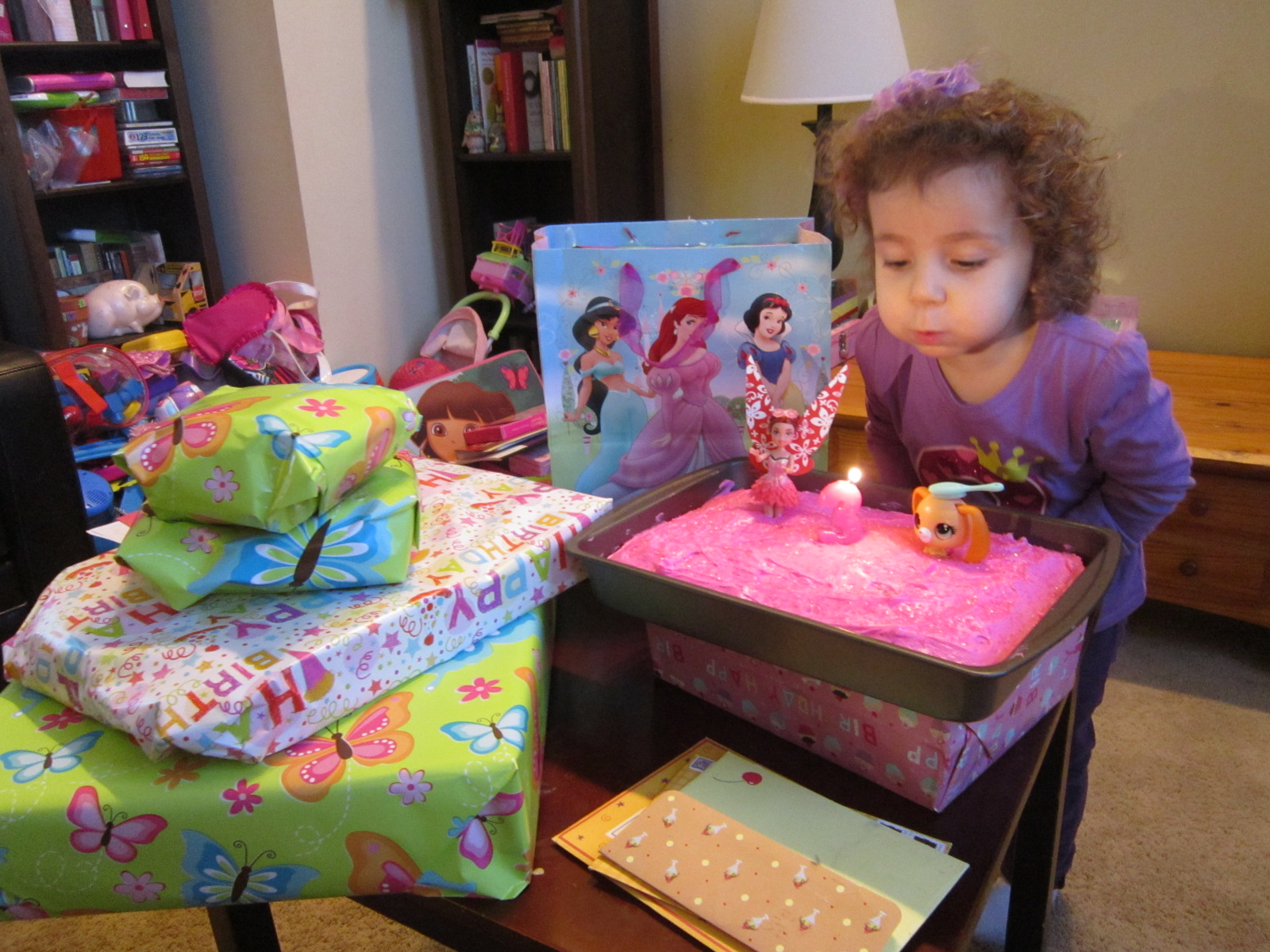 Casey Offenburger blowing out the “3” candle on her birthday cake, frosted pink with a fairy and a dog on it, per her wishes. 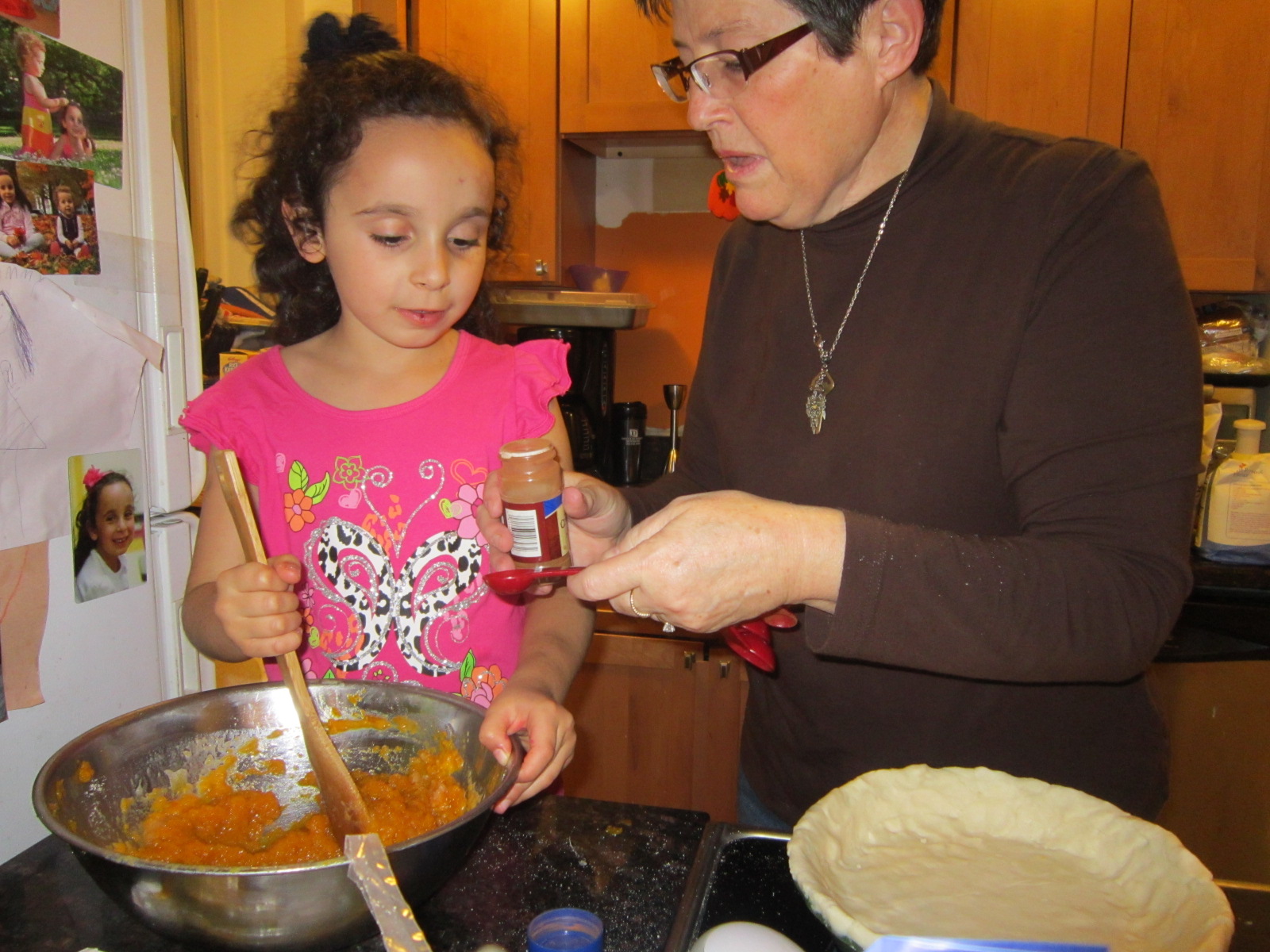 Lindsay and Carla, baking a pumpkin pie.  Lindsay, now 6, has made several pies with Carla in recent years. 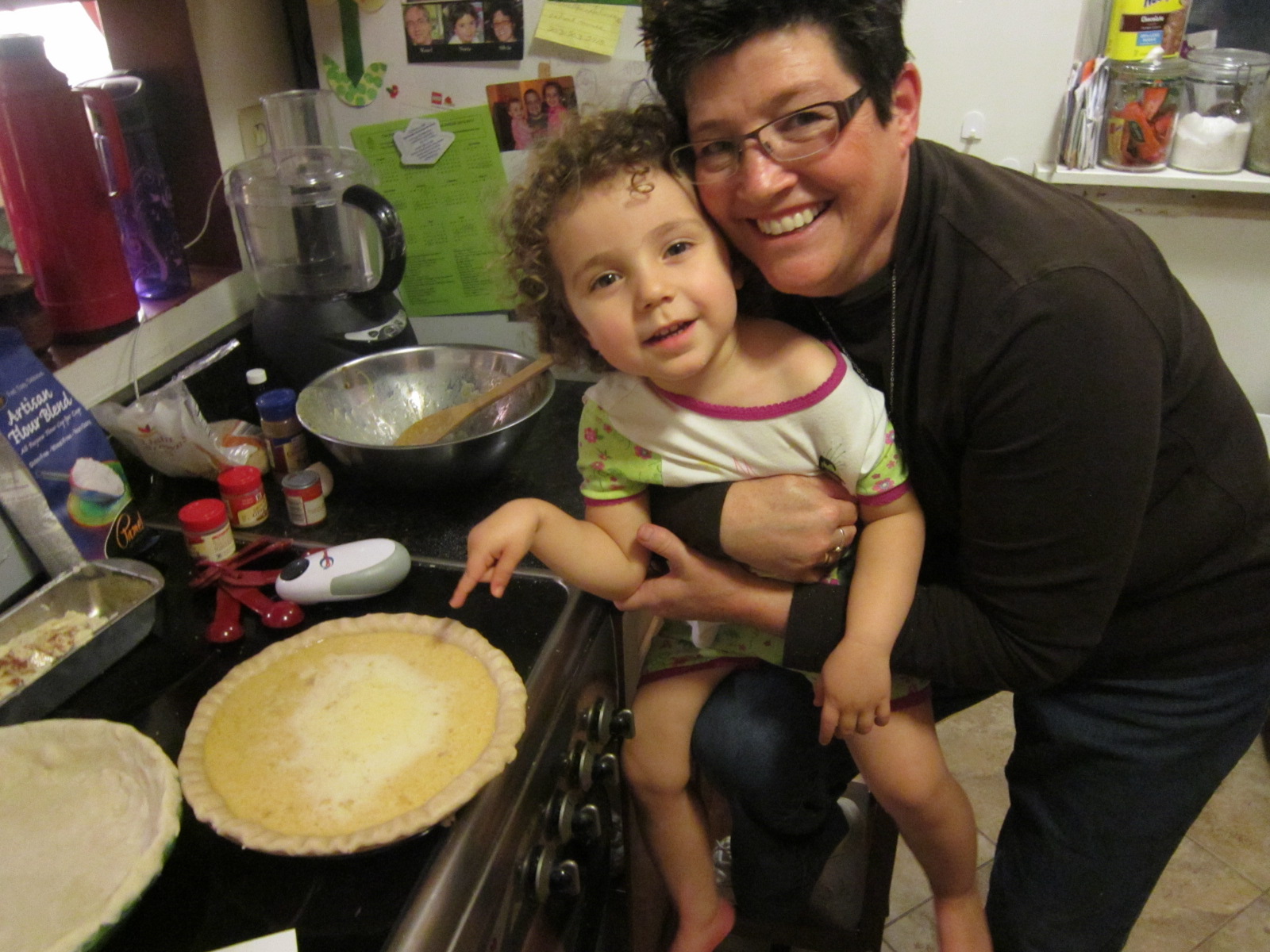 Casey is going to be able to show off this photo in the future to prove that she made her first pie (pumpkin) when she was only 3 years old, carefully following the instructions from her grandmother. 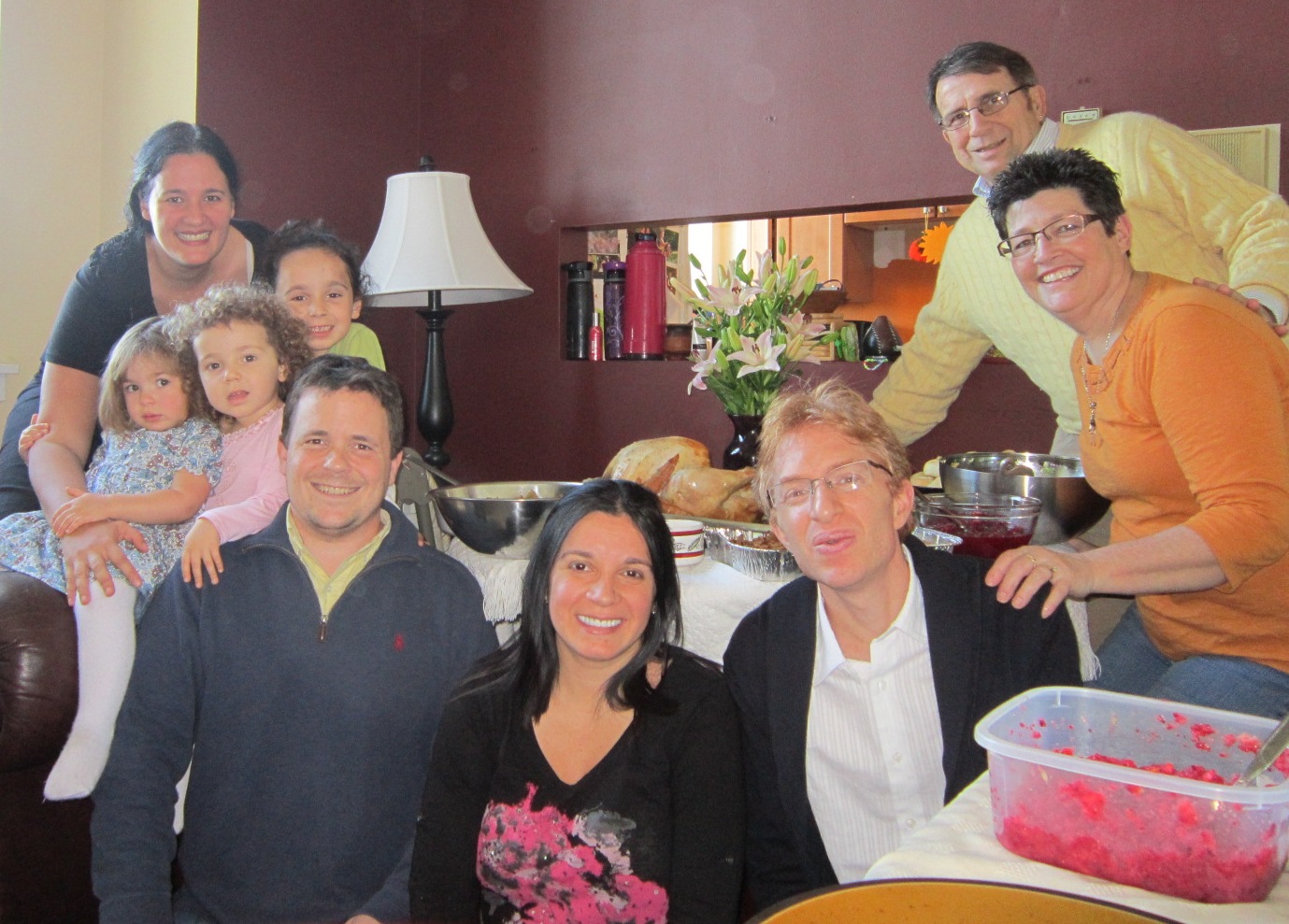 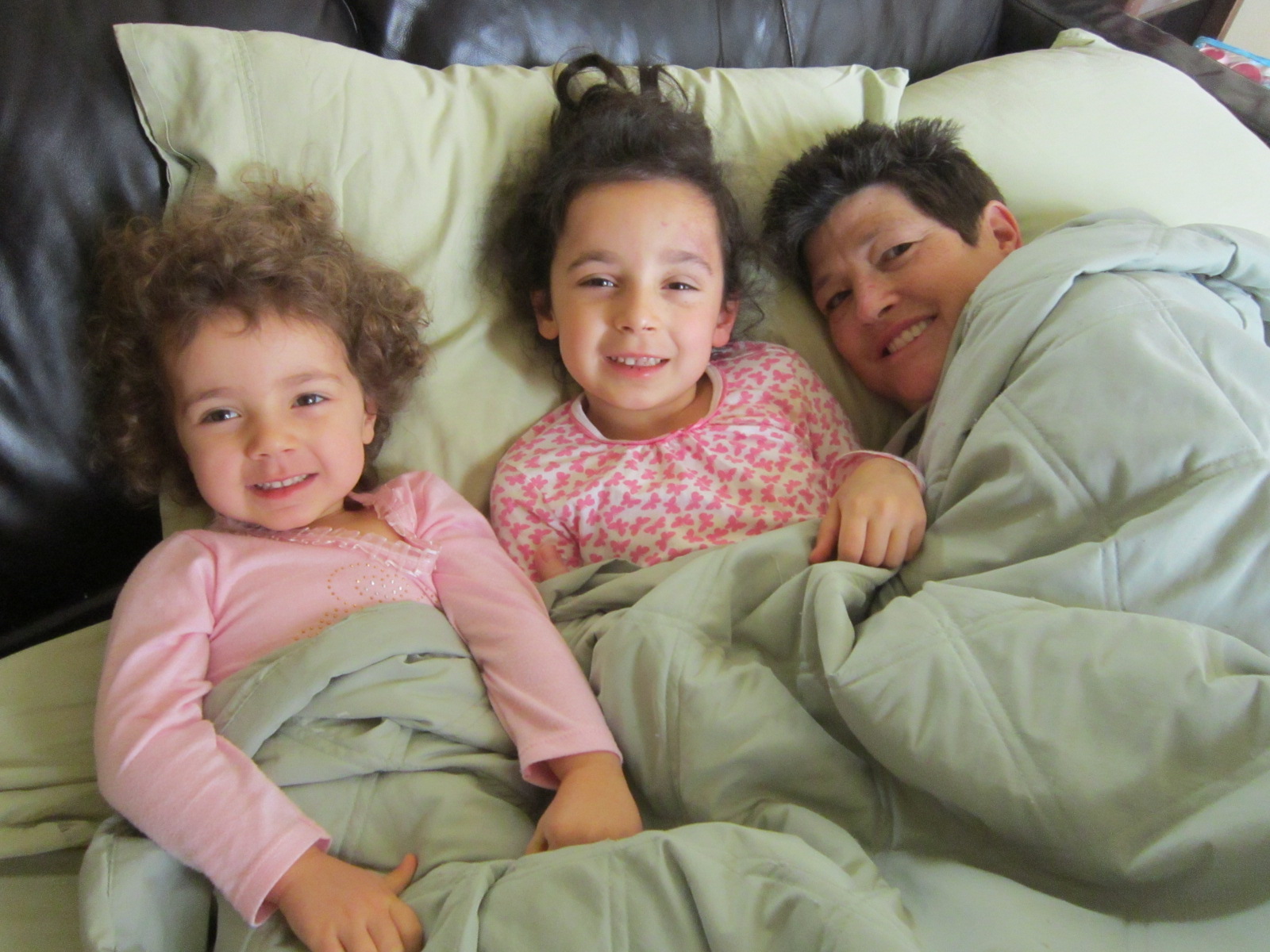 Casey and Lindsay snuggling with Grandma Carla shortly after wake-up one morning. 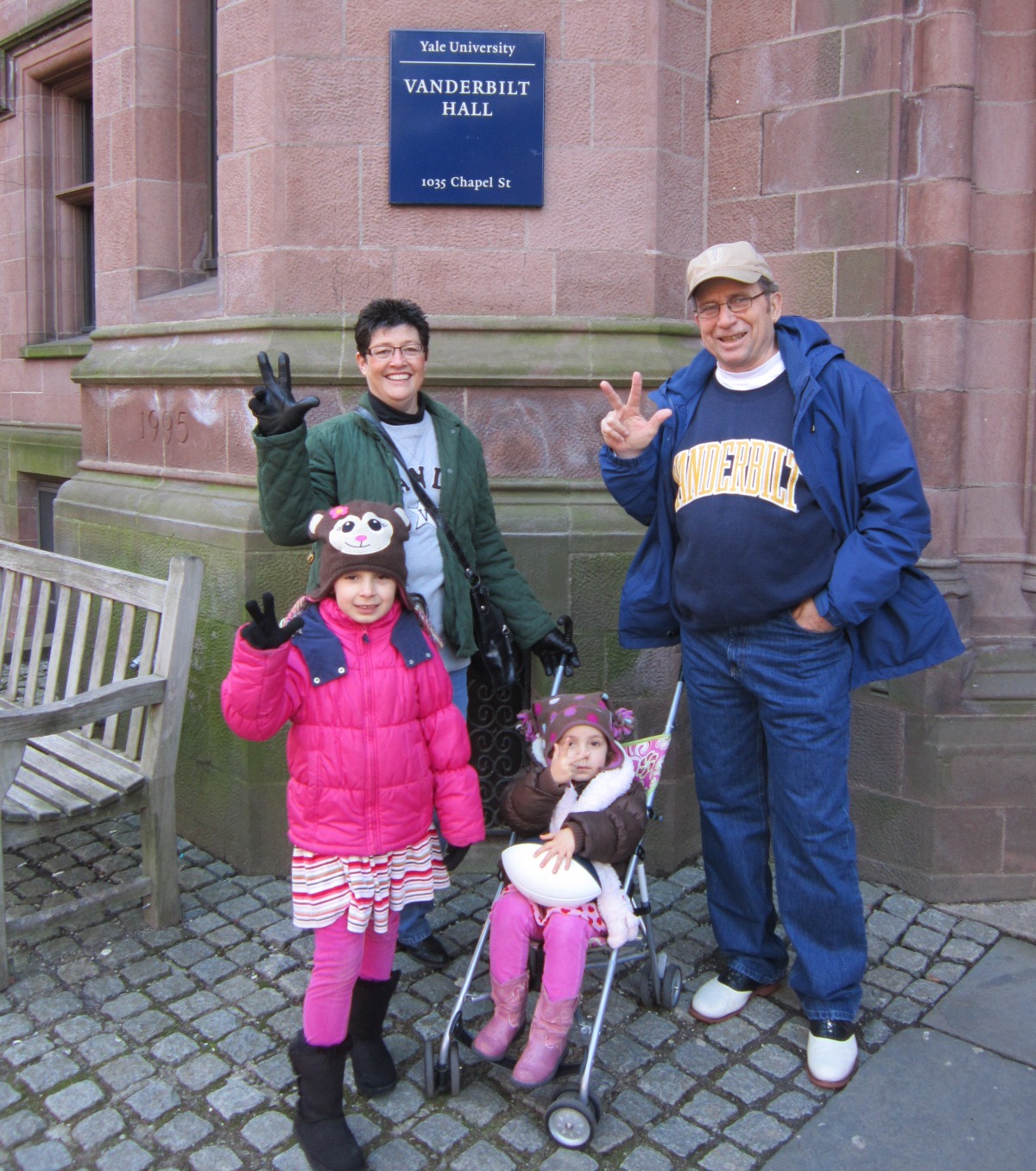 Here we Vanderbilt fans are, flashing the “VU” hand signal, while standing at Vanderbilt Hall on the Yale University campus.

4 thoughts on “Best of Harvard-Yale? No question, it’s our granddaughters!”