JEFFERSON, Iowa, Aug. 4, 2022 — Before Mark Prosser was hired 33 years ago as the new police chief in Storm Lake in northwest Iowa, he’d been a homicide detective in O’Fallon, Ill., also serving as an investigator and supervisor for a “Major Case” homicide unit working the entire St. Louis metro area.

When he arrived in Storm Lake, the population was almost totally White.  But almost immediately, the two huge meat packing plants in the community began hiring workers from Mexico and other Latin countries, and the community became much more diverse. 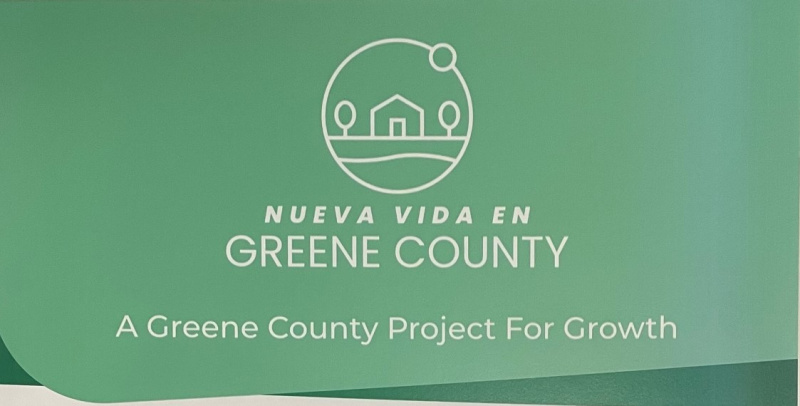 Dealing with language and cultural differences wasn’t what the new chief had been hired for, or expected, but ever the good cop, Prosser did not flinch.

“As far as I’m concerned,” he told me three decades ago when I was writing a community profile story about Storm Lake for The Iowan magazine, “this is what America is supposed to look like. We are not just a white bread society in this country.  So we’re all going to meet together, ask questions, listen with respect, have our say, shake hands and build a new community.”

And that has really worked in Storm Lake, which Prosser helped turn into one of the fastest-growing, most vibrant and prosperous rural communities in the state.

“Serving the community of Storm Lake for over 30 years has been one of the greatest joys of my life,” Prosser tells me now.

He retired two years ago as one of the most popular and honored police chiefs in Iowa,and is now working as chief of staff for the Catholic bishop of the Sioux City Diocese and director of pastoral planning for the diocese.

What has the enduring lesson of Storm Lake’s success meant to him?

“This community, this mosaic of our world, is an example that diversity works and is the future of our state and of our nation,” Prosser answered.

As most of you know, we’re now trying to replicate that story here, with the “Nueva Vida en Greene County” initiative launched last fall by our economic development organization “GCDC.”

The effort was specifically started to address the serious workforce shortages at the major manufacturers and other large employers the county.  In addition, the development group hopes that the county will experience what other diverse communities across rural Iowa have seen in recent decades – overall population growth for the first time in a century, related growth of school populations, and growth of retail business, too.

I’m serving as chairperson of the “Nueva Vida” steering committee.

Before I moved to Greene County 18 years ago, I spent five years teaching and writing in Storm Lake, two years at Buena Vista University there.  I was very involved in the community, came to know a lot of people involved in its multi-cultural transformation, wrote a lot about it and have maintained many of those friendships since.

So, a few weeks ago, I asked Storm Lake friends if they would come to Greene County, tell their stories about how they did it, answer our questions and help us get started in what we all hope will be great changes here.

And a half-dozen have agreed to come – at their own expense.  We are featuring them in a public forum on Tuesday, Aug. 9, at 7 p.m. in a walled-off meeting area of the larger Greene Room at Wild Rose Casino & Resort in Jefferson.

I hope we pack the place with our manufacturing bosses & workers, educators, students, local government leaders, law enforcement, retail business owners and rank & file citizens from across Greene County.  It promises to be a remarkable learning opportunity.  I’m viewing it as one of the most important public meetings we’ve had here.

Our panel of experts from Storm Lake will include Prosser; Sara Huddleston, one of the most widely-known Latinas in the state who has worked in banking, social services and law in addition to having served on the city council in Storm Lake; Dr. Stacey Cole, superintendent of the very diverse Storm Lake Community Schools; Storm Lake High School student leaders Vianney Medina-Shanchez, a senior, and Emma Dierking, a sophomore; and a yet-to-be-confirmed Latino owner-operator of a Storm Lake business.

Cole, who is starting her fifth year as superintendent of the Storm Lake schools, earlier worked 12 years as a teacher and then administrator in the district.  She now serves more than 2,500 students and their families, and said her focus is “overcoming barriers that impact marginalized populations.” She is almost as honored in her profession as Prosser is in his.

“I do not come to this event in Greene County as one who claims to have all the tools necessary for us to be successful in our work, as I recognize that our intentions and our impact are not always the same,” she said. “Still, I want to create opportunities for all of us to come together to end the division that can destroy our relationships.

“I will offer what I do have – hope, stories and strategies.”

Huddleston is well-aware of “Nueva Vida en Greene County,” having traveled here earlier this year to get to know our communities.  She also has consulted with Nueva Vida and GCDC leaders,and began identifying some challenges and possibilities here.

The discussion on Tuesday, Aug. 9, at Wild Rose will be moderated by Carlos Arguello, a native of Carroll now living in Grimes, the consultant contracted by GCDC to lead the diversity planning and work here, and me.

You can become involved in this initiative, or get more information, by contacting chairperson Offenburger, by email at chuck@offenburger.com or by phone at (515) 370-2659 (cell).

4 thoughts on “Storm Lake’s leaders coming to Greene County on Aug. 9 are among the most experienced and visionary anywhere about diversifying communities”