ATLANTA, Georgia, Aug. 4, 2022 — Do small towns or big cities provide a better place to live and raise a family?

We could discuss this question for decades and be no closer to an answer than we are when we discuss “nature” or “nurture,” or which came first, the chicken or the egg? 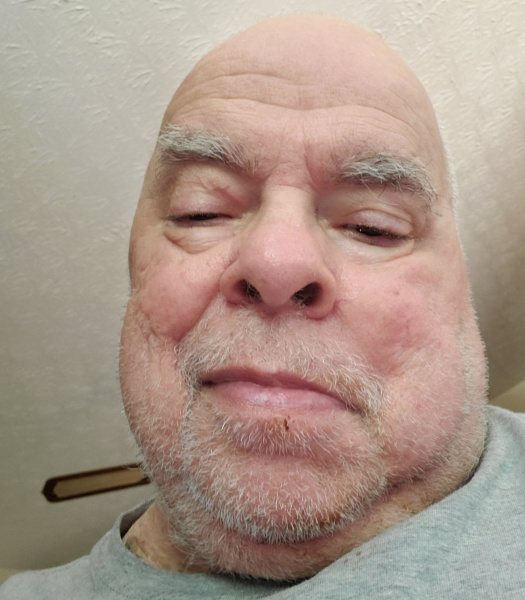 The guest columnist Steve Sawyer, in a recent photo.

I can’t speak for those who grew up in sprawling, smog-covered, crime-filled, overcrowded, unfriendly, gang-infested, impersonal urban jungles, because I grew up in a quiet, peaceful small town in the heartland of America –Shenandoah, Iowa, pop. 5,546.

In fact, years ago when Life Magazine wanted to do a feature story for a special edition of their magazine called “The Good Life,” the feature story was “Elm Street USA.” Of all the cities and towns in America they could have picked, they chose Shenandoah, my hometown, as one of the towns in the “Elm Street USA” feature. My profile made it in one of the final photos in the feature. So, if anyone ever asks you if you know anyone who’s been in Life Magazine, you can tell them you do. Right there on page 60 of the Dec. 28, 1959, edition. 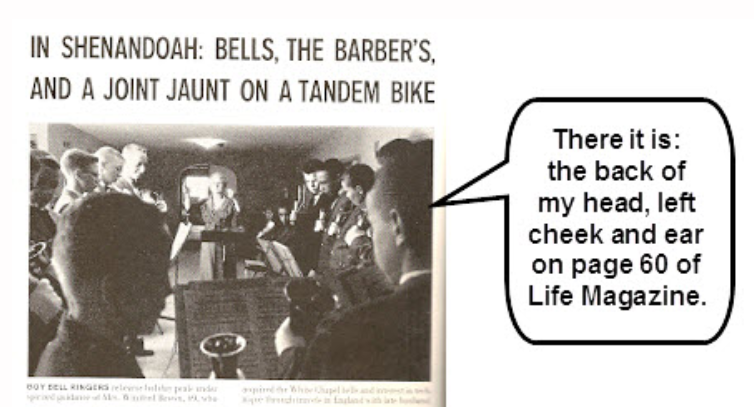 Growing up in Shenandoah was a good life. I can’t think of a better place I could have lived and grown up. We lived in a modest, middle-class home in a quiet (when we weren’t outside playing) neighborhood full of good families and plenty of kids. We all knew each other, played together and went to school with each other. In fact, today, almost half a century later, I’m still in touch with a handful of folks I went to school with from kindergarten through all four years of high school.

What a life! When we were kids we played baseball all summer, in sandlots or on little league teams. Every kid had a bat and a glove and we expected every kid to play, and they all did. Then in the hot part of the afternoon, we’d go swimming in the largest swimming pool (at the time) in southwest Iowa. After a couple of hours in the pool, we’d grab an ice cream cone at “The Dome” (it was shaped like one) concession stand and ride our bikes home.

If we had time before supper we’d play some more baseball, or the sport in season. After supper, on many occasions, the kids and our dads would play wiffle ball together in our yard, or in Larsons’ yard next door. We played until it was too dark to see.  Even then, we’d sometimes play in the intersection in front of our house under the streetlight. Sometimes we’d ride our bikes across town and hang out with the Forest Park neighborhood kids.

During winter, nothing changed except the games. Since it was often freezing cold and we had plenty of snow (some years it started in October and was still on the ground in March and April), we took advantage of the elements. We built snowmen and snow forts. Throwing snowballs replaced throwing baseballs, and the name of the game was to hit more kids than hit you. The target for our snowball fights was always the face. If you could smack a kid in the face it was a bullseye. When you got smacked in the face you got over the sting, but you could never let on that it hurt, though your cheeks were often on fire. No kid wanted a pansy label.

After heavy snows the city roped off a long, sloping block of West Summit Avenue and reserved it for sledders.

Slick streets also afforded us an opportunity to practice one of our favorite winter sports, “hooking” cars. After the snow we would wait for a day or so for the traffic to pack the snow in the streets. When the streets got slick, we’d hide close to curbs. Then when a car drove by, we’d jump behind it and grab hold of the rear bumper. Sometimes we could ride the wave for a block or two. Of course, you had to wear your leather-soled boots or shoes so you could glide across the packed snow or ice.

Drivers didn’t like us hooking their bumpers for some reason. Some of them stopped to chase us off. It took them a while to slow down enough to stop the car, and by the time they stopped, we were long gone. On those big gas-guzzlers back then we could cram four or five kids on a single bumper. A few of our dads and uncles let us tie our sleds to the back bumper of their cars and they drove us around town on the snow-packed streets. I didn’t say we were bright, just imaginative and adventurous.

One of our favorite inside games was Nerf basketball. I spent more than a few afternoons in Chuck Offenburger’s bedroom playing Nerf basketball. He had a hoop on the back of his bedroom door so we could play one-on-one basketball and “HORSE.” We had to play in our socks (one of his mom’s rules).

When the weather turned nice in spring and the snow melted, we poured back outside to get warmed up for summer. And when summer turned to fall, we played football, jumped into piles of leaves raked up by the neighbors, played football in the end zone at high school football games,nd rode our bikes.

It was a simple life. It was a safe life. It was an imaginative, creative, comfortable, carefree life. I’d do it over again without reservation. And I wouldn’t trade growing up in Shenandoah for the chance to grow up in any big city in the country.

Guest columnist Steve Sawyer, a high school classmate of Chuck Offenburger in Shenandoah, Iowa, provides the following biographical snapshot of himself: After attending Northwest Mizzou State I joined the U.S. Air Force and spent 3.5 years in Selma, Ala., working in personal records, After the Air Force I moved to Montgomery, Ala., and eventually graduated from Auburn University. (Note: How does an Iowa boy graduate from Auburn and fall in love with University of Alabama football, Bear Bryant and Nick Saban? I don’t know, but I did.) I absolutely LOVE the South.  I now live in the Atlanta metro area in Georgia. I spent my career as a newspaper reporter, columnist, editor and technical writer. Then in 1993 I married the most adorable, loving Southern Belle on the planet. Marie and I will celebrate 29 years of blissful wedlock in December. We have a blended family of four adult children (two apiece) and two precious granddaughters (9 and 12). I’ve been writing a faith-based blog called “For His Glory” for the past 13 years, and you can access it right here: https://stevensawyer.wordpress.com/.  You can write me via email at stevesaw@gmail.com.