JEFFERSON, Iowa, Feb. 1, 2019 — We’re only a month into 2019, and already at least 10 Democrats who are running for president of the U.S. in 2020, or are seriously considering it, have been campaigning in Iowa. Friday morning in Jefferson IA, we had perhaps the freshest thinker and most visionary of the candidates, 44-year-old entrepreneur Andrew Yang, spend 90 minutes visiting with a crowd of 25 at the Jefferson Depot.

Yang, an Ivy League-educated attorney from upstate New York, says we need an economic transformation to answer the shrinkage of the workforce coming in manufacturing, transportation and retail sectors, as a result of the rapid advance of technology and automation. 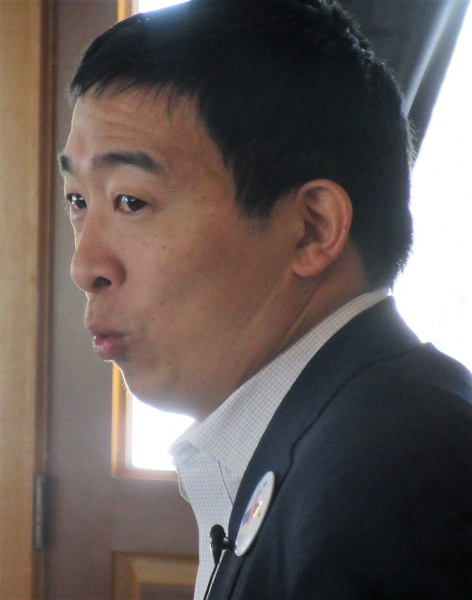 Andrew Young (in photo at right) is a 44-year-old visionary entrepreneur who wants to lead an economic transformation of America.

Yang calls his plan “Humanity First,” and it includes the proposal he is most known for — that the federal government should give everybody over 18 years old $1,000 every month.

That will, he says, launch a wave of small business start-ups and other entrepreneurial activity that will create millions of new jobs — close to home, too.

Another part of his plan — single-payer “Medicare for all,” which he says will cut the cost of healthcare in America at least in half. Yang says “the leaders of both political parties are asleep at the switch,” regarding the sweeping economic changes that are coming.

He said he represents a totally different outlook and approach.

“The complete opposition of Donald Trump is an Asian guy who likes math,” Yang said. 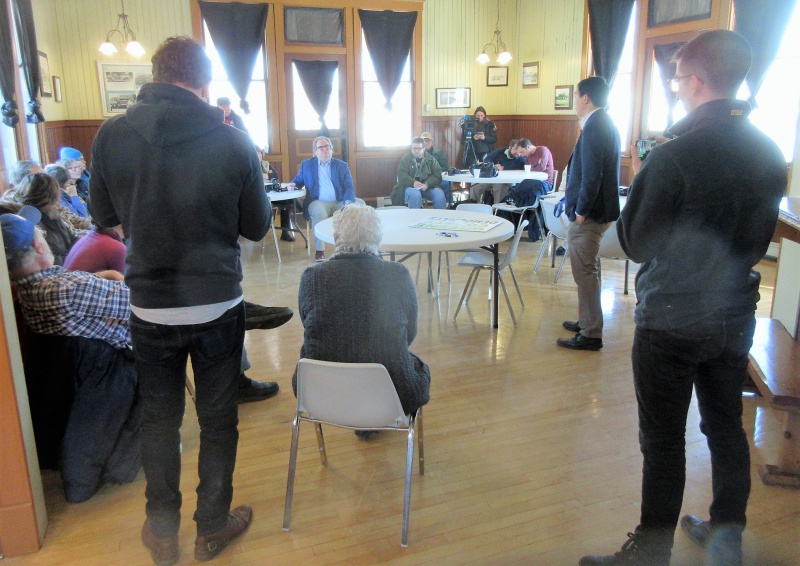 Yang, second from right in the blue blazer, drew a good crowd for mid-morning on a chilly Friday in Jefferson. He spoke at the restored Jefferson Depot. His hosts were the Greene County Democrats. 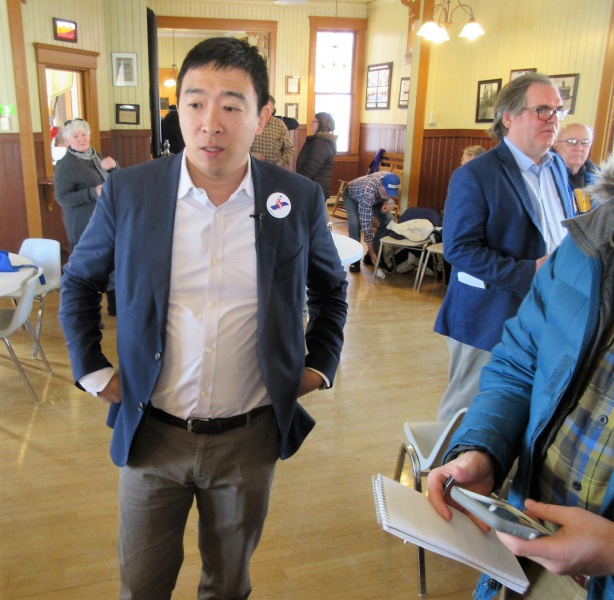 Yang is a “next generation” candidate who has lived and understands the changes happening in technology and business.

He details his philosophy and leadership plans in a new book, “The War on Normal People: The Truth About America’s Disappearing Jobs and Why Universal Basic Income Is Our Future.”

In person, he seems as quick-witted and pleasant as he is knowledgeable and innovative. We’re going to look forward to seeing more of Andrew Yang along the campaign trail. 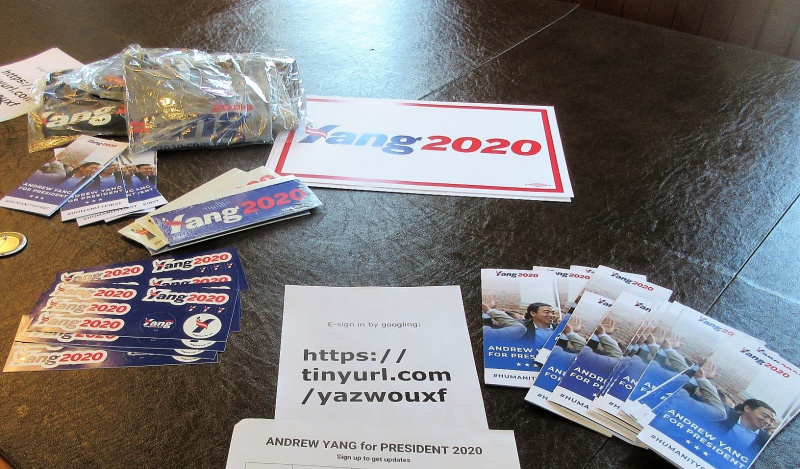 Yang campaign information, and you can learn more at his website www.yang2020.com.