JEFFERSON, Iowa, March 19, 2014 — So there we were, on March 6, a group of about 60 of us from Greene County, all dressed nicely and wearing green carnations.  We were sitting in a much larger crowd, a lot of them men in suits, filling a beautiful meeting room at The Meadows Events & Conference Center on the Prairie Meadows Racetrack Casino Hotel complex in Altoona, northeast of Des Moines.

We were there politely waiting our turn to make our formal presentation to the members of the Iowa Racing and Gaming Commission.  Our “Grow Greene County Gaming Corporation” would make the case why the commissioners should approve a license for the development of a $40 million casino, hotel and conference center by Wild Rose Entertainment on the north edge Jefferson, our county seat town.  It would bring with it 325 jobs with annual salaries, wages and benefits of $7 million. That would be huge for a town of 4,500 in a county of fewer than 10,000.

Many of us view this as a decision on whether Greene County is finally going to be jump-started into growth and prosperity, or whether we’re going to continue decades of population decline and serious economic struggles. It’s that important to us.

Artist’s portrayal of the planned Wild Rose Casino on the north edge of Jefferson. (Drawing from Wild Rose Entertainment.)

But we weren’t first on the day’s agenda.  Before us came the reports of two consulting firms the IRGC had hired last summer to do statewide market analyses on whether there is room for more than the existing 18 state-licensed casinos and the three owned by Native American tribes.  The IRGC reasonably decided to have these studies done before they would consider casino proposals that voters had approved in Linn County, for a  development in Cedar Rapids, and in our Greene County.  The consulting companies are Marquette Advisors, based in Minneapolis with offices in Washington, D.C., and Seattle, and Union Gaming Analytics, based in Las Vegas.

They had filed their conclusions with the IRGC a week before the March 6 meeting, and the state’s media were all over them.  In the stories, it was like the consultants weren’t just saying “No” to more casinos, it was more like “Hell no!”  Then their executives came to the March 6 meeting to present their findings in person, and they were even tougher on us.

For the consultants, it was all about “cannibalization.”  That’s something we in rural Iowa know all about.

EVERYBODY WANTS OUR PIECE OF THE PIE.  The consultants say that new casinos won’t create or attract new business, they will instead just steal gamblers and revenue away from the existing casinos.

They said the Cedar Rapids casino would have $81 million or more in annual revenue, but that 73 percent of it would come from this cannibalization of other casinos, with the Riverside Casino south of Iowa City being the one hardest hit.  They said the Greene County casino would take in up to $33 million annually, but that more than 75 percent of its revenue would be from cannibalization.  The casinos most impacted by our Greene County development would be Prairie Meadows, Meskwaki outside Tama, and Wild Rose at Emmetsburg. Hmmm.

For me, it was difficult sitting and listening to all that.  I thought their conclusions were very narrowly drawn, focusing almost totally on gambling revenues and giving too little consideration to the other business that casinos generate — at their hotels, restaurants, conference spaces, musical entertainment, festivals and more.  There really was no consideration of the huge increase to a county in tax receipts from a new casino or in the additional charitable contributions that would flow to non-profit organizations, fire departments, first responders, community clubs, churches and schools for the public good.  The consultants were looking at economic impact of two new casinos on the existing casinos, and a lot of us are more interested in the economic impact on towns, counties, region and the state.

Specifically on the Greene County proposal, I thought the consultants’ findings were dripping with disregard for rural Iowa.

The Marquette Advisors execs — president Louis Frillman and vice-president Brent Wittenberg — told the IRGC that Greene County is “a very rural location” that “is remote from key population centers in Iowa.” (We are an hour from downtown Des Moines, even closer to Ames and Fort Dodge.) They noted that our project would have “a small hotel attached,” when it would actually be a 71-room hotel.  That one building will have more overnight rooms in it than we now have available in all other facilities combined in the county.

After Rich Baldwin, the managing director of Union Gaming Analytics from Las Vegas, made his report to the IRGC, he was leaving the building.  Tim Heisterkamp, a financial consultant and broker in Jefferson who also heads our Greene County Community Foundation, stopped Baldwin in the corridor for a quick conversation.  Heisterkamp told him he thought the reports were overlooking substantial non-gaming revenue that will be retained in Greene County with a casino development here.  He told him about recent weddings in Jefferson, including at least one in his own family, for which receptions had to be held outside the county because we don’t have large enough party facilities and enough overnight rooms here.  Heisterkamp told the consultant that every time one of those leaves the county, “thousands of dollars” go with it.  What was the consultant’s reaction? “He said they weren’t looking at that kind of financial impact,” Heisterkamp told me.

SO, WHAT’S OUR ANSWER? As disappointing as the consultants’ reports were, it was actually to our advantage that they presented them when they did — right before the presentation of our Greene County proposal to the IRGC. Tom Timmons, president and COO of Wild Rose Entertainment, was able to start poking holes in the consultants’ reports right during the presentation.  He noted the consultants said one of the casinos impacted heaviest by development of a Wild Rose Casino in Jefferson would be their own Wild Rose Casino in Emmetsburg.  “We’re not going to open up a casino that’s going to be a detriment to our own casino or any other,” he told the IRGC commissioners.  Timmons, by the way, is an Iowa native and a veteran of more than 25 years in the gaming business in the state.

Following our Greene County presentation, Doug Gross, the well-known Des Moines lawyer who is representing the casino interests in Cedar Rapids, told the commissioners that he “was dumfounded and confounded” by the conclusions of the consultants.  He urged the IRGC “to take a good hard look at those studies, and determine whether the assumptions they made accurately reflect the nature of the gaming industry in Iowa.”  He said the consultants “ignored the impact of infrequent visitors” at casino facilities — like those who fill casino hotel rooms for weddings, conventions and other big events — and “in fact pretended it doesn’t exist.”  The studies, Gross said, were more focused on the gambling activities of frequently-returning players. 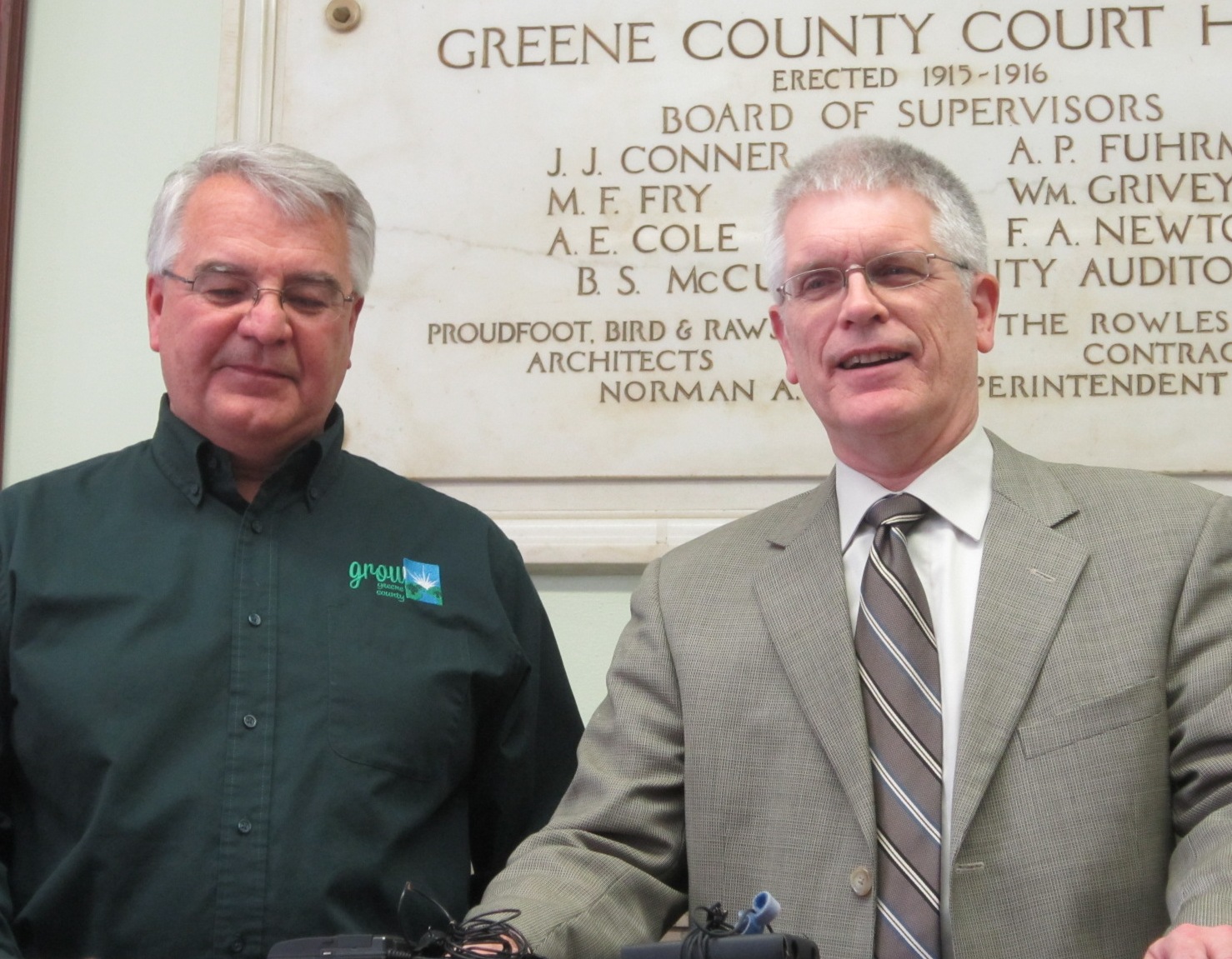 After the meeting, IRGC chairman Jeff Lamberti, of Ankeny, told Doug Burns of the Carroll Daily Times Herald that the Greene County group had offered a “good presentation.

“Obviously, there’s a lot of community support,” Lamberti continued, referring to the 75 percent approval Greene County voters gave the proposal in a referendum last summer. “It’s a good project.  Obviously it’s people we know with Wild Rose.  They’re obviously good operators and they’ve got experience in Iowa.”  He also told the Carroll paper that the commissioners will be listening closely during a site visit and public hearing in Jefferson on May 29, and that he didn’t think the consultants’ studies indicated that any existing casino would be severely impacted if a new casino is licensed in Jefferson.  “There didn’t appear to be huge impact on any single existing facility,” Lamberti told Burns.  “That, I think, is probably notable.”

IT’S ABOUT MUCH MORE THAN GAMBLING. As local people know, the Carroll Daily Times Herald now also owns the Jefferson Bee and Herald.  Burns, who is vice-president for news at the Carroll paper, has become an active member of the Greene County Development Corporation. He and I were both among about 20 people who were interviewed for a very nicely-produced, 30-minute video that the Greene County delegation showed the IRGC commissioners.  I thought Burns’ comment in the video, in which he described the Greene County proposal, was one of the most persuasive.

“Greene County isn’t coming to you with a ‘Hail Mary’, hoping that three out of the five of you catch it,” Burns said to the commissioners, gesturing like he was throwing a football. “What they have done is put together an economic development game plan.  It’s for that reason that they deserve approval of this casino.  It won’t cannibalize existing casinos.  It will help lift an economic region.  This is precisely the time and exactly the place for a casino in Iowa.”

O.K., some concluding thoughts from here:

— These will be tough decisions the IRGC will be making in April on the Cedar Rapids proposal, and in June on the Greene County proposal.  Frankly, I don’t know how they can turn down a casino in Cedar Rapids, with it being the state’s second largest city, one that is still in recovery from a devastating 2010 flood. If I were Dan Kehl, CEO of the Riverside Casino south of Iowa City, I’d be consulting to find out what new amenities and incentives could be added to make his Riverside place retain or grow its market share.

— The consultants told the IRGC that they visited the sites of the proposed casinos and talked to local people about them. The Marquette Advisors representatives said they “talked to local officials” in Greene County.  I haven’t found any local officials who can confirm that happened.  Did it?

— You’ve read here that Wild Rose Entertainment officials are not worried about whether a new casino here would cannibalize their existing casino in Emmetsburg, so why is anybody else?  And, the idea that a Greene County casino could jeopardize Prairie Meadows or the Meskwaki casinos — as big and well-established as those operations are — seems preposterous.  It’s almost like saying that because Greene County High School in Jefferson fields a football team, we’re stealing fans from the Iowa Barnstormers in Des Moines.

— Let me say it again, we in rural Iowa understand “cannibalization.”  With changing times and shifting populations over the past 40 years, we have seen our schools cannibalized, our business districts cannibalized, our car dealers and implement dealers cannibalized. We’ve had more than enough of that.  By pulling together, being innovative, taking regional approaches and hustling, we feel we’re now in a position where we’re going to be able to compete again — for people, for business, for a bright future.  In Greene County, we think competition is a good thing.  We’re going to be good competitors, especially if we have a Wild Rose Casino. 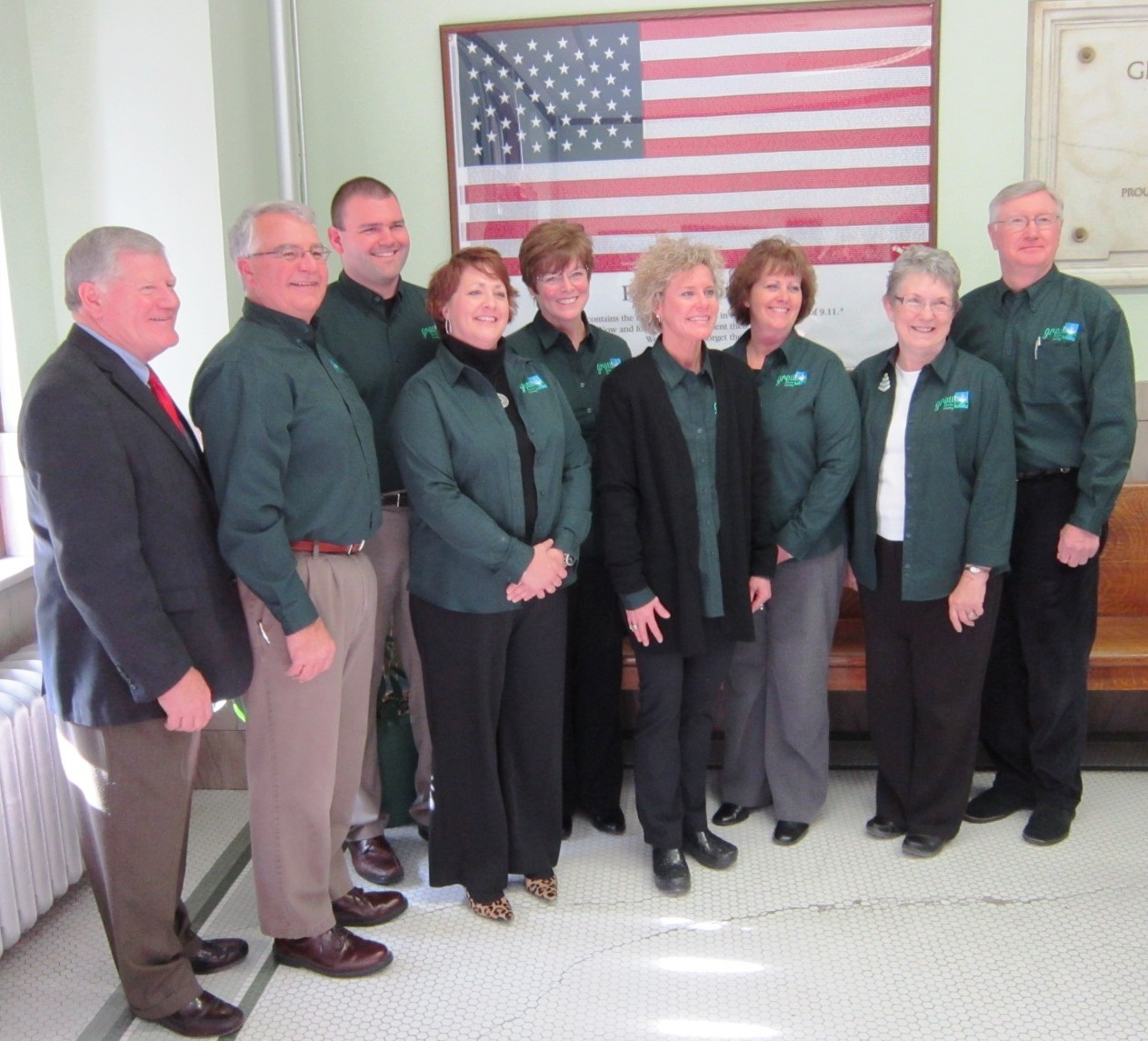 7 thoughts on “Casino consultants warn of “cannibalization.” Rural Iowa has lived it.”