JEFFERSON, Iowa, Sept. 23, 2019 — I’m pretty sure I saw an eventual president of the U.S. on Sunday afternoon at the historic railroad depot in Jefferson in west central Iowa. Julian Castro, the 45-year-old former mayor of San Antonio, former secretary of U.S. Housing & Urban Development, twin brother of U.S. Rep. Joaquin Castro (D-TX), is one of the two dozen Democrats in the 2020 presidential race.

While I doubt he’s going to emerge as the nominee this cycle, this is a young guy with an inspiring personal story. He has an undergraduate degree from Stanford U, and a law degree from Harvard U. He has a fun family (he and his wife Erica have a daughter, 10, and a son, 4). He’s had a ton of meaningful experience in public service for someone so young, and he’s got a great future. 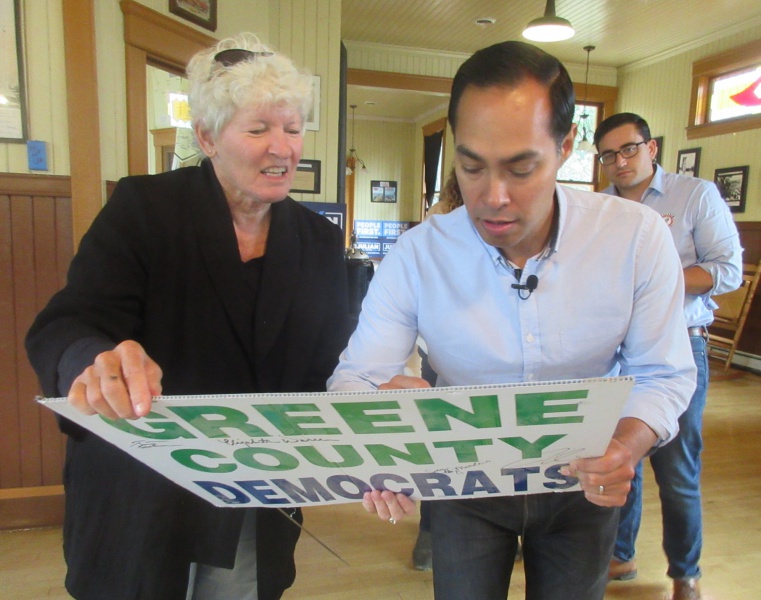 Julian Castro signs the Greene County Democrats sign, just like other presidential candidates have when they’ve been here, while county Democratic chairperson Chris Henning looks on.

“I’m running for president, first of all because I feel tremendously blessed with the opportunity that I’ve had in this country, and I want to make that kind of opportunity available for everybody,” Castro said in his opening statement, as reported by Raccoon Valley Radio. “I’m also running because I believe we need a president that will represent all Americans, and a president that understands that we have to move forward as one nation, with one destiny. I’m convinced that our destiny in the years to come is to be the smartest, the healthiest, the fairest, and the most prosperous nation on Earth.”

His presentation was calm, insightful, visionary and impressive.

They were in a tough neighborhood of San Antonio. “I remember being in 9th grade and having to duck down in a car because of gunfire in our neighborhood. We often heard gunshots.” 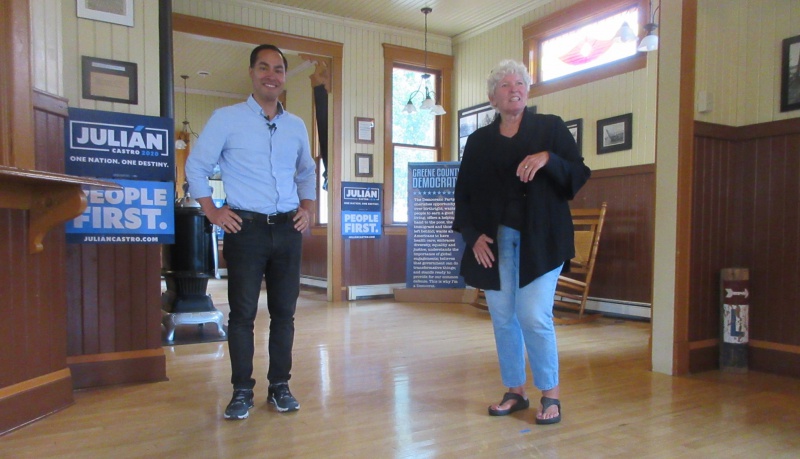 Castro being introduced by Henning when he was speaking at the Jefferson Depot.

And from that he made it to — and through — Stanford and Harvard?

“My brother and I both went through those schools,” Julian said. “We applied to those because we were aiming for the best. We got the U.S. News & World Report’s listing of best colleges and applied to the top 11. We got accepted at some and rejected at others. I’ve always believed you should aim higher than you think you can get.”

He was talking about Stanford and Harvard there, but he’s now aiming even higher. My bet is Julian Castro will get there — eventually. 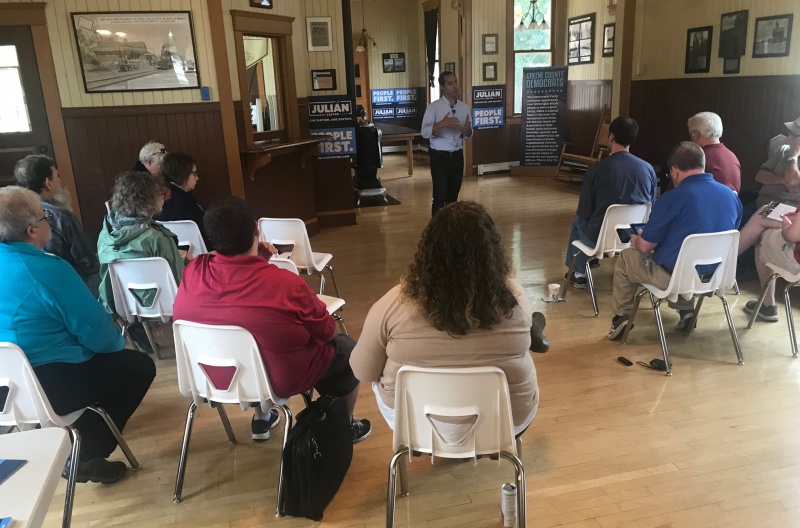 The crowd that welcomed Castro to Jefferson on a Sunday afternoon. 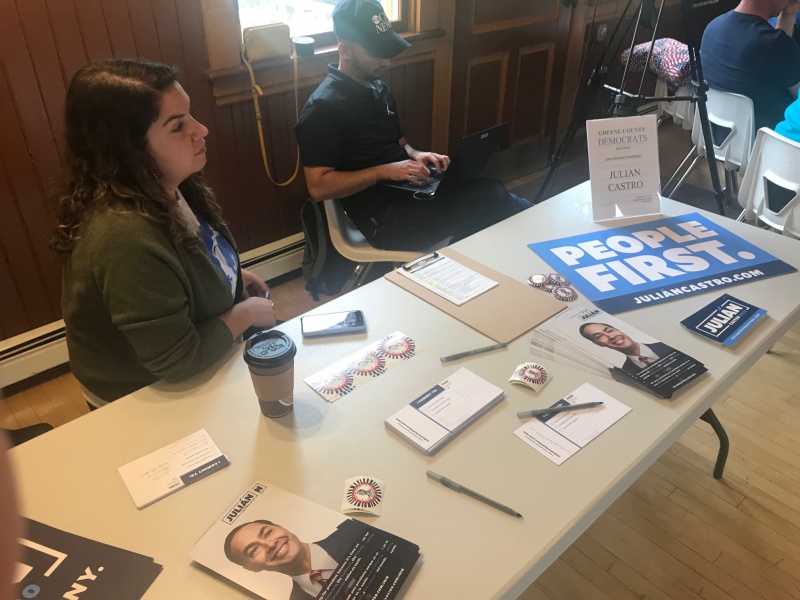 You could sign-up with the campaign and collect information at the check-in table. 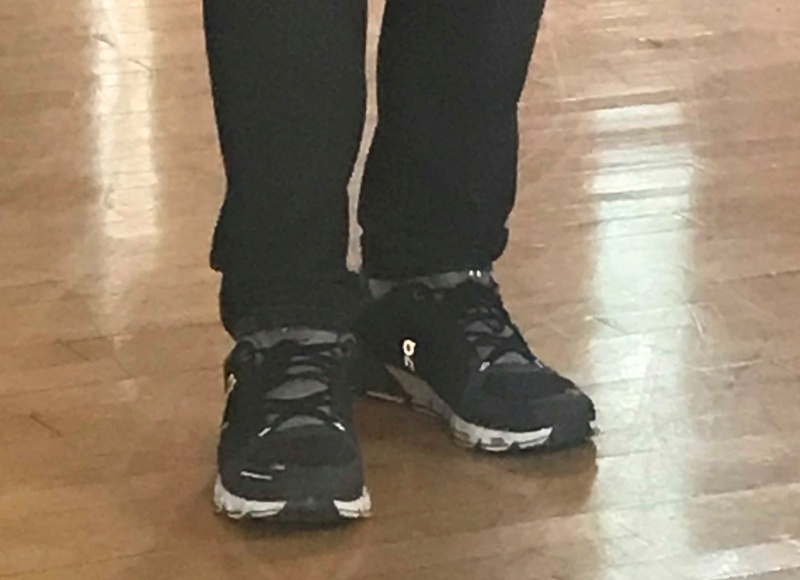 What presidential candidates are wearing nowadays.  Well, they are “running,” you know. 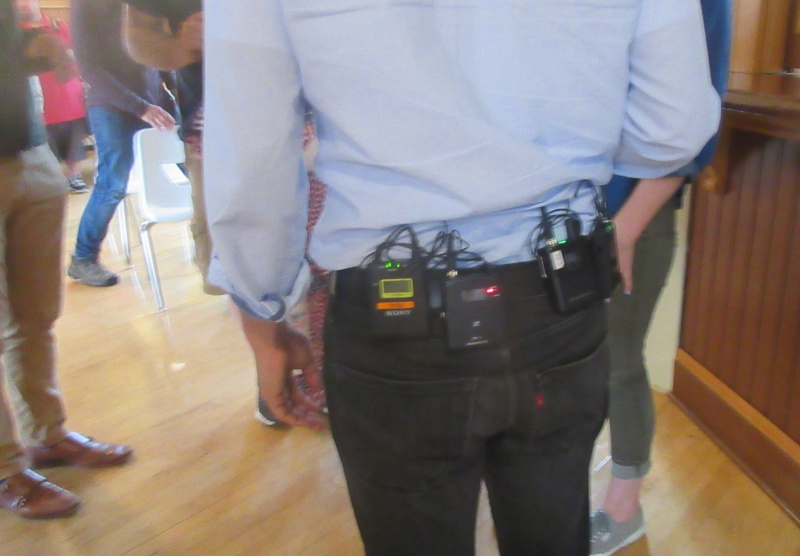 “I feel like I’m wearing a tool belt,” Castro said, after he’d been wired up for sound by three network TV news crews that were traveling with him. 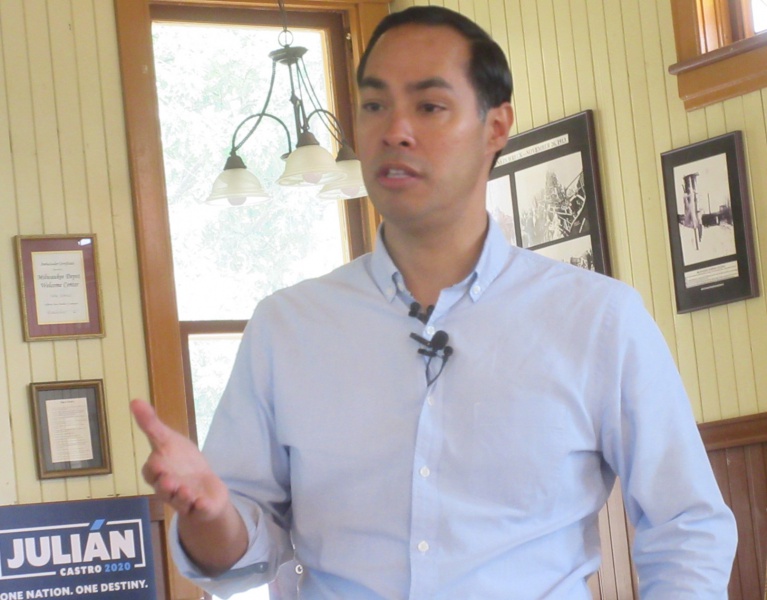 Castro is an engaging, personable speaker.