COOPER, Iowa, Jan. 2, 2019 – There are 70 million Catholics in the U.S. – I’m one of them – and nearly all of us are trying to make our own peace with the horrendous clergy sexual abuse scandal that is threatening the future of our church, not only in this country but globally.

Our church leadership is scrambling to respond.

And their latest response is that nearly all the active Catholic bishops in America – that’s about 250 including the four serving in Iowa – were arriving Monday at Mundelein Seminary located in one of Chicago’s northern suburbs. They are to spend the next week in retreat together at a conference center there.

They were summoned there by Pope Francis to “pray on the intense matters before us,” in the words of Cardinal Daniel DiNardo, president of the U.S. Conference of Catholic Bishops. DiNardo now also serves as bishop of the archdiocese of Galveston-Houston, but Iowa readers may remember him serving as bishop of the Sioux City diocese from 1998 to 2004.

This retreat is a time of “reflection and unity,” organizers say, not policy-making. The Associated Press reports that the bishops “will be alone – no staff members, other priests or members of the public or media are invited.”

The pope himself is not attending, but he is sending Rev. Raniero Cantalamessa, who holds the Vatican title of “preacher of the Papal Household,” to lead the bishops in their prayers and reflections.

The pope has also called a meeting Feb. 21-24 of about 125 key bishops from around the world at the Vatican “to discuss the issue of sexual abuse of minors and vulnerable adults.” Those bishops attending will be Cardinal’s DiNardo’s equivalents, the heads of all the conferences of bishops in all the nations the Catholic Church serves. 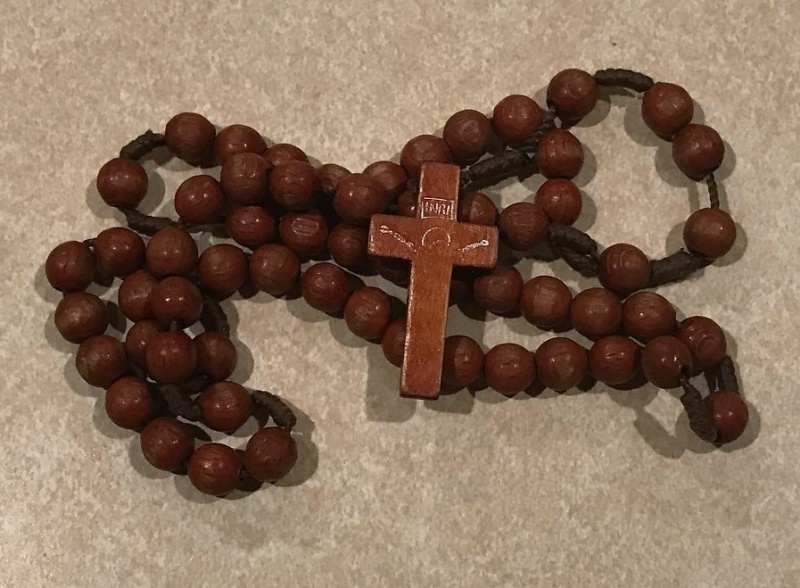 Is all of the above going to produce results or changes that will satisfy millions of alarmed Catholics? Let’s hope and pray for that.

But if after these two conferences, all we have are more apologies and more promises of reform, I can see the church crumbling.

We’ve already lost way too many young people. I fear many others are about to follow them, probably to other churches.

I’m nearly 72 years a Catholic. I love Catholicism to the depths of my soul. In my view, our actual religion is just fine, even great.

It’s our church leadership that is failing us, and if there are not major changes in the immediate future, I’ll be ready to go myself.

Rather than having our leaders meeting in closed sessions, like they are now at Mundelein and presumably will be next month at the Vatican, why don’t we try openness and more member input?

Throw open the doors. Invite the media. Invite the public, and aim for gender equity in attendance. Encourage all delegates to use social media (the pope already does, you know).

Let’s have robust discussions about such topics as these:

–Let’s immediately turn over all church records about sexual predators in the clergy – past, present and future – to civil authorities and urge prosecution to the full extent of the law. With old cases that are beyond the statue of limitations, let’s make financial compensation and offer other support to the victims.

–Isn’t it time to allow, even to encourage, married clergy and female clergy? When we are being told we have to close parishes because we do not have enough priests, how can we not open our ministry to the other half of the population? If we do not allow female clergy, how is that not discriminatory? And think how different the church would be if women were at every level of the Catholic hierarchy.

–If there is actually good reason to continue the all-male celibate clergy, what exactly is it? Why should we want to continue it? We know the early church had married clergy. Why was that abandoned back in the 11th century? Are there lessons in that still relevant today?

–How can we expect that the current leadership – the all-male celibate clergy – will honestly consider significant change in the ministry when they are so invested in the current system?

–Let’s poll the church membership to ask how many people – men and women – would consider the clergy if they could be married and have families.

–And, who “owns” the Catholic Church and its vast properties? We know there is some fiscal accountability at the parish and diocesan levels, but what about the global church? Are there audits? Are there properties the church should sell? Who has those answers?

I hope – and yes I’m already praying – that in late February, after Mundelein and after the Vatican conference, Pope Francis will shock the world.

Let’s see a Catholic Church that is boldly and courageously re-ordered to fit the 21st century and beyond.

2 thoughts on “Oh God! More secrecy by our Catholic leaders at just the wrong time”