COOPER, Iowa, Dec. 31, 2013 — The weather here is in the deep freeze.  New snow every day. Meanwhile, my alma mater Vanderbilt is getting ready to play a football bowl game this Saturday in a place that’s supposed to have temperatures in the 50s. Hey Carla, let’s go to Birmingham!

We are really looking forward to experiencing the north central Alabama city of 212,000, the hub of a metro area that includes 1.1 million.  Besides the football fun, there is so much to learn in Birmingham, where Carla and I have zero experience.

We’re going to have an excellent guide and host – another Vandy grad, our great pal, Judge Caryl Privett.  She grew up in Birmingham, then left in 1963 to do high school in the southern Alabama town of Andalusia, college in Nashville with me, and then law school at New York University in New York City. 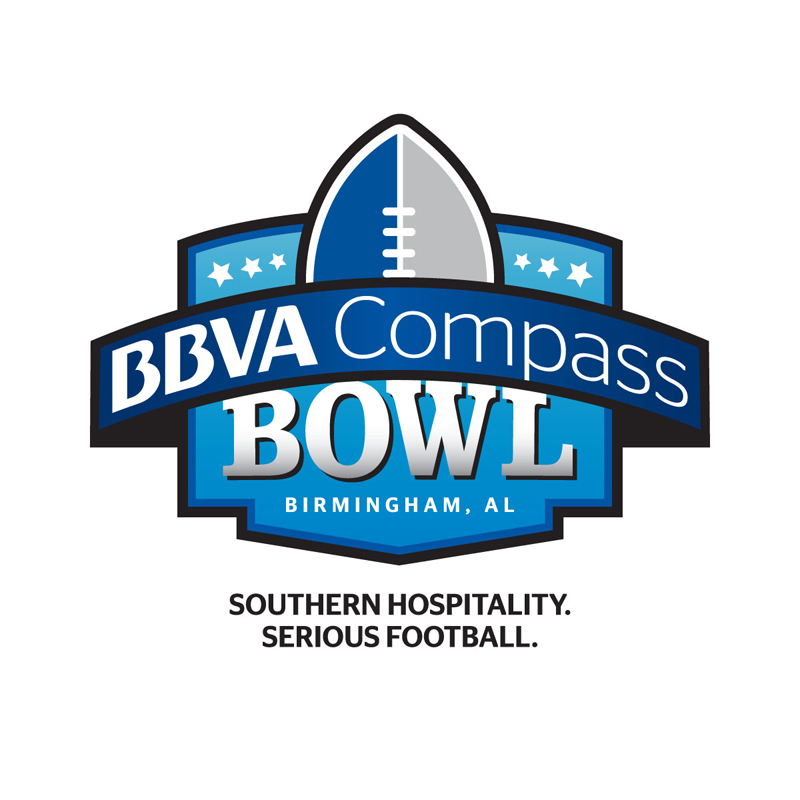 She returned home to Birmingham in 1973 as a civil rights attorney, the only white female lawyer in a small firm in which the partners were African American men.  She went on to spend 22 years working in the U.S. Attorney’s office, ultimately becoming the first female U.S. Attorney in Alabama history with her appointment in 1995 during the Clinton administration.  In 2003 she was appointed to fill a spot as a judge in Alabama’s 10th Judicial Circuit, later was elected to the position and then re-elected.

“I feel like I’ve sort of been on the cusp of history,” Privett told me.

No kidding.  There’s been a whole lot of very significant history that has happened around her in Birmingham.

We talked for 45 minutes earlier this week so I could have some essential background for what we’ll see when we arrive Thursday late afternoon.

Now, when you think of major cities in the American South, you’d certainly count Birmingham, and you’d probably figure it is an old city with deep history.  Not so.  It was not founded until 1871, right after the Civil War. 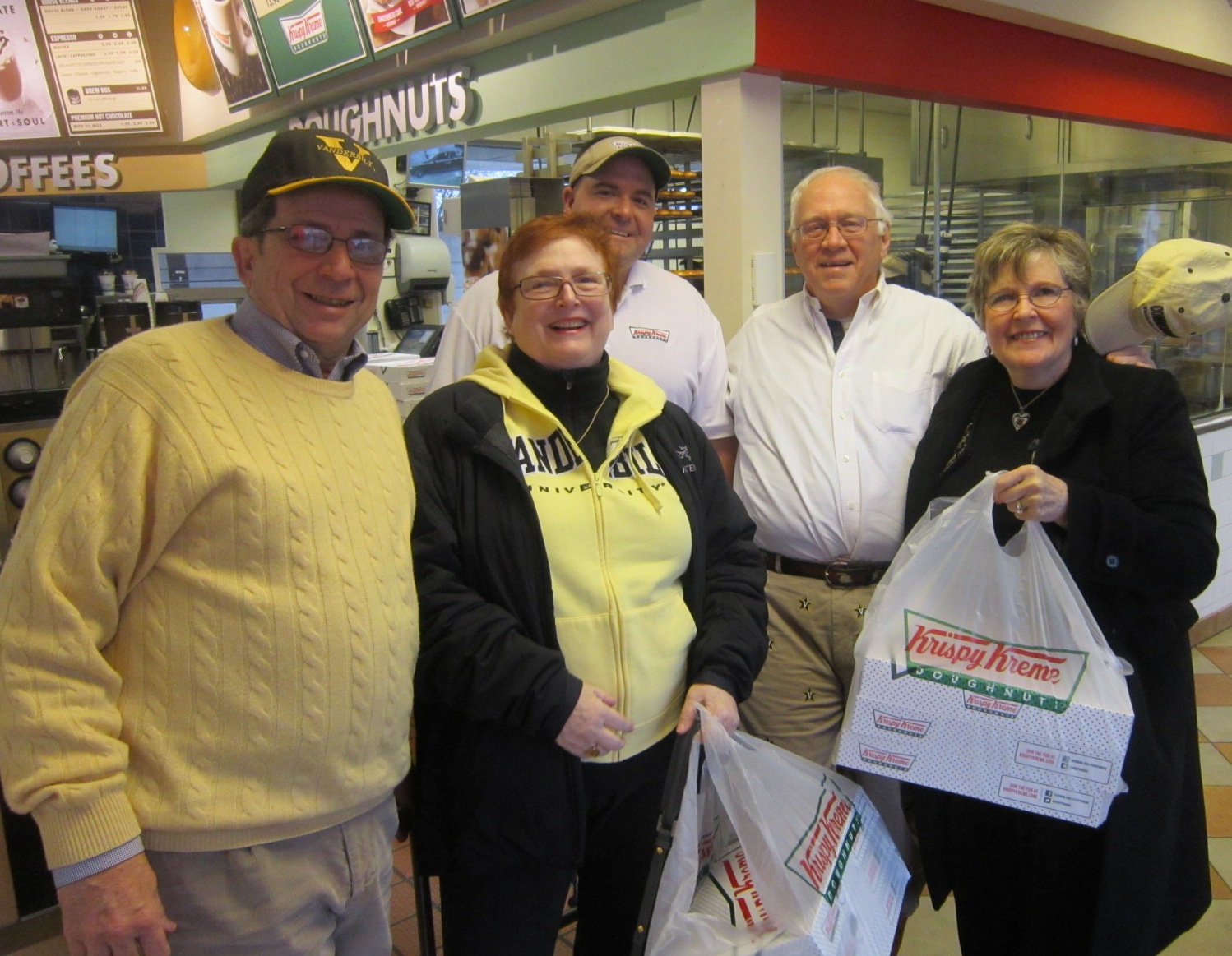 Bowling a year ago!  A bunch of our Vanderbilt friends were together in late 2012 in Nashville, when Vandy’s football team played in the Music City Bowl.  Another of our classmates, Jim Morgan, is CEO of Krispy Kreme dougnuts, and treated us to a pick-up order for our tailgate party.   Making the pick-up early on game day were (left to right) Chuck Offenburger, Judge Caryl Privett of Birmingham, Ala., and Douglas T. Bates III and Molly Bates, of Centerville, Tenn.  The Krispy Kreme store manager is behind us.

“It began as an industrial boomtown, building major steel mills here to operate with all the iron ore and coal we had available here,” Privett said.  The new city quickly overgrew three small towns that had been in the area. It grew around and over Red Mountain, with its vast iron deposits, part of the Appalachian foothills that begin or end in the city, depending on your perspective.

The tremendous industrial growth meant jobs, lots of jobs, attracting people from around the globe.

“When my great grandparents came here, Birmingham was just bustling with immigration,” Privett said. “People were coming from all over the world, and in the early 20th century, the diversity was just incredible.”

The mines and still mills prospered, and Birmingham also became an important railroad and banking center for the South.

Socially, there were deep divisions, especially along racial lines.

By 1963, Birmingham became the key battleground in the Civil Rights movement’s push for equality.  The Ku Klux Klan in the area was well-organized, well-connected and deadly.  That was the year of the notorious Public Safety Commissioner Eugene “Bull” Connor ordering that police dogs and fire hoses be used to subdue black demonstrators.  In the fall, there was the bombing of the 16th Street Baptist Church, where four young black girls were killed.  The extensive media coverage of those events woke up America to the racially-directed terrorism happening in the South, and the federal government answered the public’s new demand for justice by mobilizing marshals and military troops to enforce human rights and decency.

My goodness, I asked Privett during our chat, what was that like growing up there then?

“Well, remember, my parents moved us to Andalusia right before the bombing at the church, to get us away from all the trouble they knew was coming,” she said. “You know, when I look back on it, it was a time when white children like myself were sheltered from what was really happening.  The demonstrations were downplayed in the local media, and much of the coverage was one-sided. You’d read in newspaper stories, or even hear in church sermons, about how ‘outside agitators’ – that was a big term – were coming in and stirring up the people.”

The Baptist Church bombing, though, “was horrifying.”

At Vanderbilt, Privett was a key member of our group of friends that ran what was a very good twice-a-week student newspaper, the Vanderbilt Hustler.  We did extensive coverage of the rapidly changing racial climate both on campus, in Nashville and beyond.  As a copy chief, news editor and essentially general manager, she kept the paper functioning while editors (like me) were raising hell in stories and editorials.

In those years from ’63 to ’73 when Privett was mostly away from Birmingham, it became a very dangerous place, she said.  By the time she returned to start doing civil rights legal work, the corner had been turned.

She said two “must-see” sites she will be taking us to in Birmingham are the rebuilt 16th Street Baptist Church, which is still an active congregation that shares the story of what happened there, and the Birmingham Civil Rights Institute.  She said the institute has an intriguing museum of artifacts, photos, oral histories and more of Birmingham’s years as a key place in the fight for freedom and equality.  “Another thing they do is sponsor a lot of research and programming,” Privett said.  “Its purpose is not just to preserve the history of what happened, but also to sponsor reconciliation.” 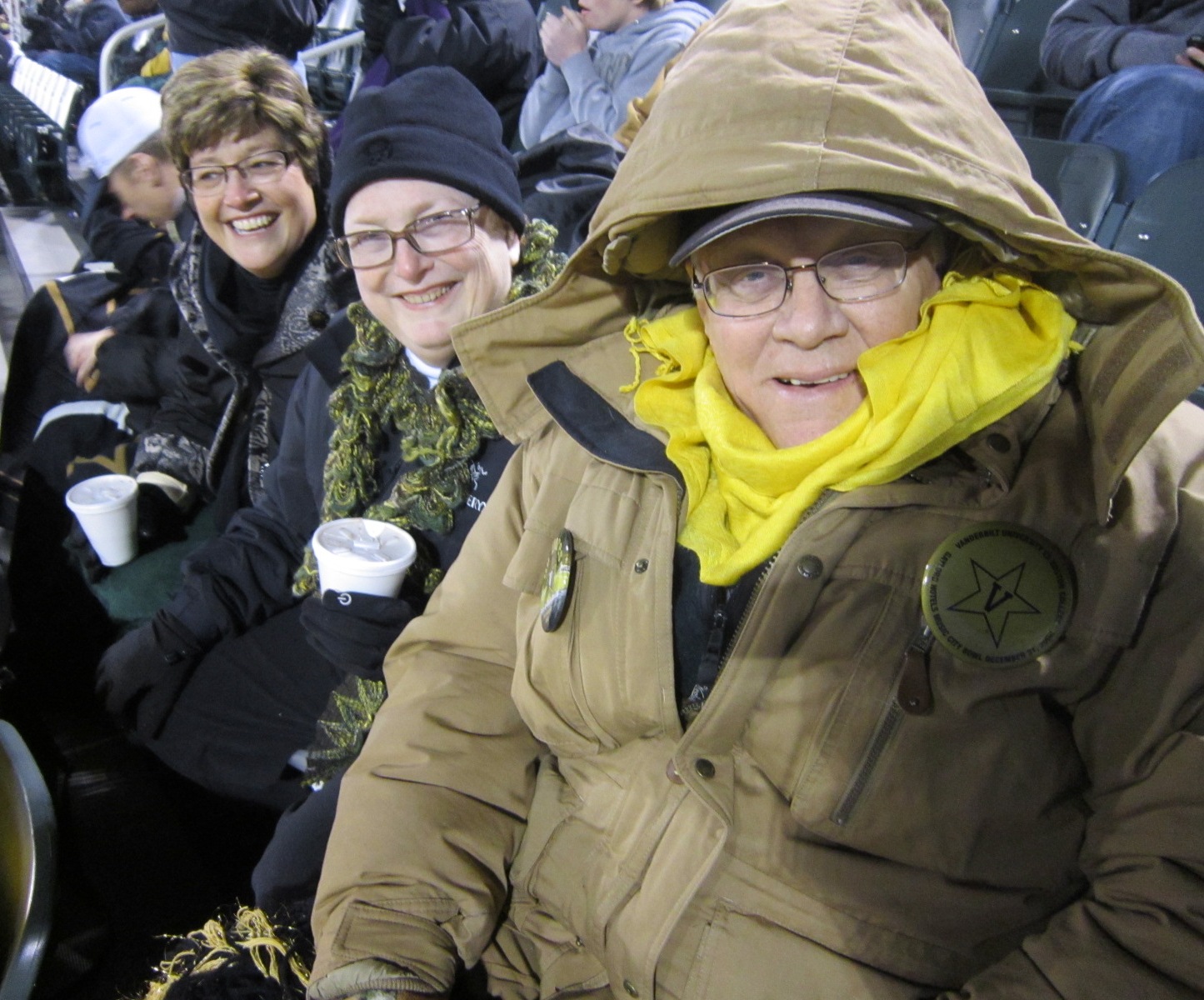 Three cold fans of the Vanderbilt Commodores are hoping we won’t need coats like these when we are all together at Vandy’s football bowl game in Birmingham on Saturday.  Temperatures are expected to be in the 50s.  In this photo are (left to right) Carla Offenburger, Judge Caryl Privett of Birmingham, and Douglas T. Bates III of Centerville, Tenn.  The funniest thing about this photo is that it was shot at a Vanderbilt baseball game in Nashville last March, not some cold-weather football game!

Today, local and state government, business and nearly all social organizations are open to all races and ethnicities.  “The barriers have pretty much come down, at least culturally,” Privett said, “although the economic ones are still there.  There are big gaps between the rich and the poor.”

Mining, with automation, isn’t as big an employer as it once was, but there is still a lot of steel production in Birmingham.  There’s been major growth in auto-building in central Alabama, with Mercedes, Hyundai and Honda plants not far out of Birmingham.

Banking and financial services have mushroomed. (The “BBVA Compass Bowl,” in which our Vanderbilt University Commodores are playing the University of Houston Cougars on Saturday, Jan. 4, is sponsored by BBVA Compass Bancshares, Inc., a sprawling empire of 716 branch locations under ownership of a Spanish company, Banco Bilbao Viscaya Argentina.)

“When I was a child, we were a real industrial economy – steel, coal, iron and manufacturing,” Privett said. “We’ve now become a service economy.”

She’s not wild about one change in service.  The Birmingham News is another of those newspapers around the nation that has cut back from printing all seven days per week.  They now print Wednesdays, Fridays and Sundays, and urge readers to go to www.AL.com on a 24/7 basis. The website includes coverage from other newspapers in Huntsville and Mobile.

The city has boomed as a healthcare center, with the tremendous expansion of the University of Alabama at Birmingham medical and dental schools and treatment facilities.

And it has a lot of higher education, too.  UAB has also rapidly grown, now with more than 17,000 students.  The city is also home to the excellent liberal arts school Birmingham-Southern College, as well as Samford University and Miles College, the latter a traditionally African-American school.

Privett says the city’s heritage with diverse immigration “helps make this an interesting place to live today,” with many different kinds of ethnic traditional, festivals and restaurants.  “We have an incredible number of really good restaurants,” she said, “and a lot of them are being supplied by local farmers, so we’ve had quite a truck-farming industry grow up.  Birmingham has become a real ‘foodie’ place.”

She said the civil rights heritage is just as profound, possibly moreso.  She said as she thinks of her senior colleagues in the courts, law firms, law enforcement and social services, many of them came out of early work in civil rights.

I can only imagine what stories they can all tell.  In fact, I’d like to hear them.