COOPER, Iowa, June 4, 2016 – I’ve got three strong feelings about the race in Iowa for the U.S. Senate as we come to Tuesday’s primary election.

First, Rob Hogg, 49, of Cedar Rapids, is the best Democrat to come down the road in Iowa since Tom Vilsack, he is ready to serve on the federal level, and he should be his party’s nominee. 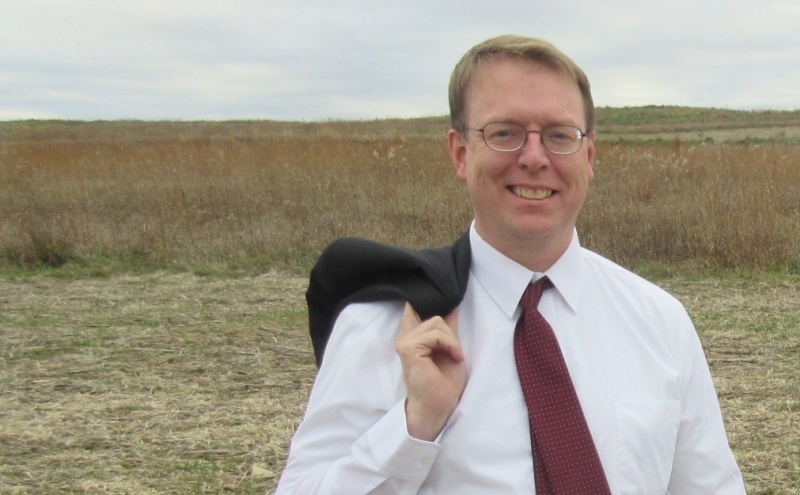 I’ve been closely monitoring Rob Hogg’s development in politics and government for 13 years, going back to when he was first elected to the Iowa House of Representatives. He is a fourth-generation Iowan with roots all over the state. He is very bright, visionary but reasonable, hardworking, fun and has demonstrated he can work with Republicans as well as Democrats.  You can read more about his background, family and career, by clicking here.

As for Grassley and Judge, forget where either of them stands on any particular issue. They’re both too damned old to be running for the Senate seat or any other government position.  I hate it that it seems to fall to me to point this out because I’ve got a lot of respect for both Grassley and Judge.  They are terrific people who have been good public servants.

So, thanks for all your service.  But enough!

You know, in politics at least, we have not treated younger people well in Iowa.  In both parties, we’ve had people stay too long in key leadership positions.  I’m looking at you, Chuck Grassley, Tom Harkin, Terry Branstad and others.

There are some good things that have come to Iowa because we’ve had political and governmental seniority.  But we have seen promising political futures of many 40- and 50-somethings squelched by Baby Boomers and those even older refusing to leave the stage.  It’s time for all of us – but especially younger voters in Iowa – to draw the line on this.

Now, let me tell you more about Rob Hogg. 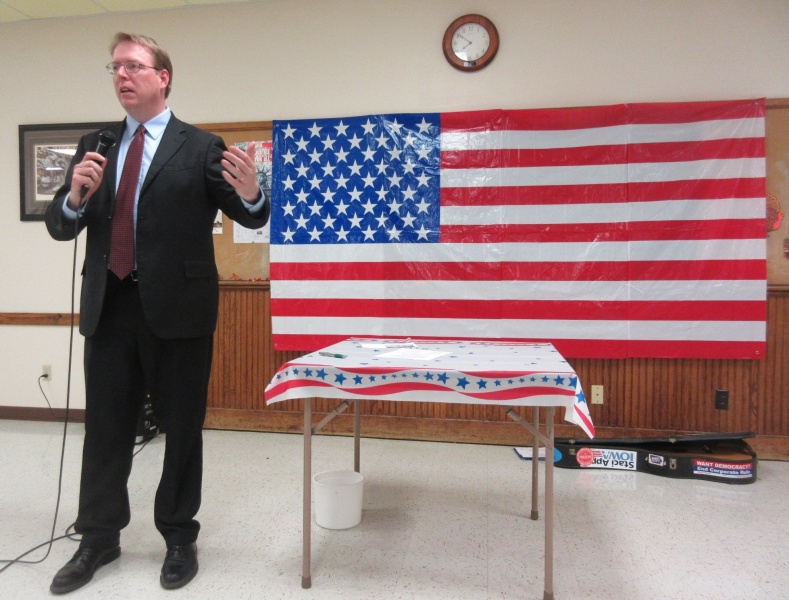 In January of 2003, I was teaching a three-week-long short course at Coe College in Cedar Rapids on “Io-wow! The state like you’ve never known it.”  We did some traveling around Iowa, and I introduced the students to several Iowa leaders.  Timing was right, so I took them to the second inauguration of Gov. Tom Vilsack (and we all danced it up at the inaugural ball). I wanted to make the point with the students that politics and government are open to younger people, too.  So I had new State Rep. Steve Lukan, then a 24-year-old Republican from New Vienna in northeast Iowa, talk to them.  And I brought new State. Rep. Rob Hogg, then a 35-year-old Democrat from Cedar Rapids into the classroom to visit with them.

I’ve been tracking Hogg ever since.  He has won five straight elections – two terms in the Iowa House, and he’s now in his third term in the Iowa Senate.

For the past nine months, in addition to his work at a law practice in Cedar Rapids and his duties in the Iowa Senate, he has been running hard.  He has driven all over the state for night meetings, frequently camping or staying in cabins in state parks to 1) save money and 2) experience more of Iowa.

He tells his audiences that “the biggest lesson I’ve learned in my years in the legislature is that government is not a debating society, or at least it shouldn’t be.  It should be a very practical tool we have to take care of our common problems.”  He goes on to say that he is running for the U.S. Senate “because we need to get Congress working again. It’s not working now.”

He is genuinely optimistic and hopeful. “Yes, we’ve got serious problems,” I’ve heard him say. “But the good news is that we have solutions that work.”

He is also genuinely respectful of Senator Grassley.  He calls him “a legendary figure,” and acknowledges that beating Grassley will be extremely difficult.  “I am running against a 42-year incumbent who has a $4 million fundraising head start on me,” Hogg says with a grin. “I’ll need your help, but I don’t think it’s insurmountable.  Let’s win an election and shock the world.” 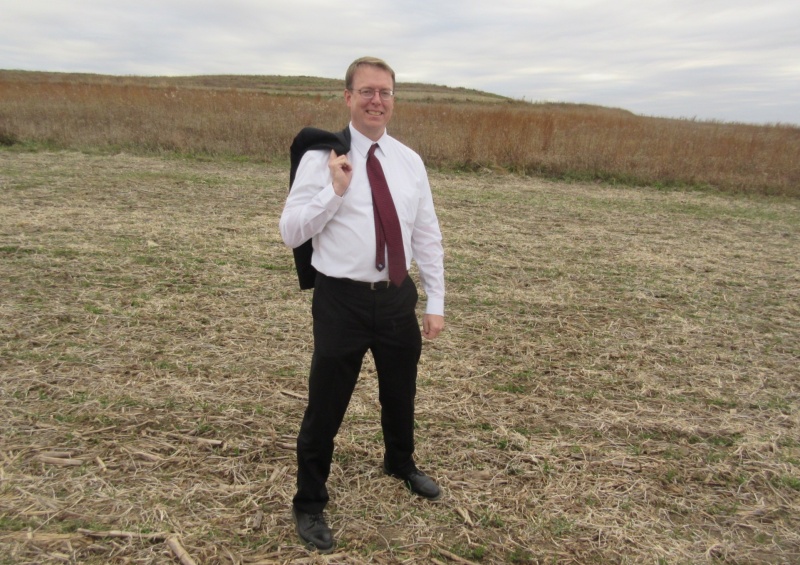 I talked briefly with Hogg in June, 2015, when he was speaking at a conference on recreational trails that I was emceeing in Cedar Falls.  His message that day was about the importance of persuading Iowans to the wisdom and opportunity of being pro-active in addressing climate change.  He calls that “one of the defining issues of our time.”  He sees it as another of those big problems for which, luckily, “there are solutions that work,” solutions that could even be the foundation of new businesses and industries in Iowa.  I was impressed.

Then last October, Hogg called, said he was going to be coming through my area and wondered if he could stop by for a chat.  He told me then he was running for the U.S. Senate seat and asked what I thought.

My immediate response was about what I’ve written in this column – that Senator Grassley’s time has elapsed.  In fact, I still had hope that he might not seek re-election.  But even if Grassley did run, I said, Hogg should run against him.  I told him the other two Democrats who at that time were talking about running – former state legislators Bob Krause and Tom Fiegen – had already run for the U.S. Senate in 2010 and were easily defeated in the primary by Roxanne Conlin.  And my visit with Hogg was months before misguided Democratic National Committee insiders in Washington, D.C., decided Patty Judge would be a good candidate in Iowa.

As we talked, I told Hogg that I saw him having an advantage that not many people were talking about yet.

“The fact that Joni Ernst won the other U.S. Senate seat last year,” I said.

Ernst, of Red Oak, had already impressed me when she served as auditor of Montgomery County and a member of the Iowa Senate.  Some thought her bold move to run for the U.S. Senate seat was an over-reach, but I sure didn’t.  I wasn’t a bit surprised when she was nominated and then won.  At 45 years old now, she has done a good job of getting her feet on solid ground as a U.S. Senator.

For decades, Iowans have been comfortable with having a balance in our two U.S. Senators, one Republican and one Democrat.  That balance has served us well.

Joni Ernst is the new Republican.  Rob Hogg should be the new Democrat.