NASHVILLE, Tennessee, Sept. 27, 2019 — From 1983 through 1994, I selected the National Anthem singers at Vanderbilt University athletic events. On the surface, this might appear to be a mundane task, but when your school’s home base is Nashville – “Music City USA” – the National Anthems are more scrutinized than at State School U. 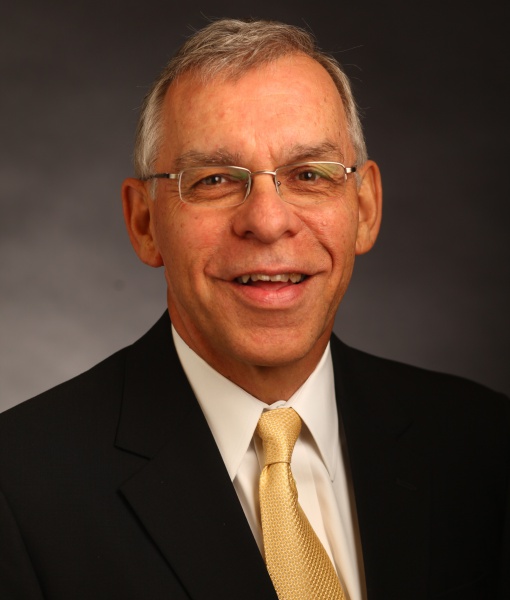 Rod Williamson (right), retired director of Vanderbilt athletics communications, is the author of this column.


I could write a small book about this experience – not too shabby for an Iowa farm boy whose own singing voice is so dreadful I jokingly claimed to be the only male never to be begged to join Parkersburg High School’s mixed chorus.

Back then, I was Vanderbilt’s Director of Athletic Marketing, which at the time was a staff of one – me. It was before professional sports invaded the city, so the Commodores were the biggest sports spectacle going. And looking back, the country music industry was still innocent enough that aspiring singers were waiting tables during the day and praying to be discovered in the evening.

Our football and men’s basketball games attracted a significant number of executives from nearby Music Row and therein lies the rub. Lots of musical nobodies felt if they could just blast out the National Anthem in front of these record label kingmakers, they would be a step away from taking the stage at the Grand Ole Opry.

There was no shortage of volunteers, and as a musical dunce, I was not equipped to sort out the wheat from the chaff. I relied heavily on recommendations, but one afternoon an especially desperate crooner started singing the anthem to me over the telephone I was holding to my ear. As he wailed away, I held the phone into space and tried to think of a polite way to say “no thank you.” 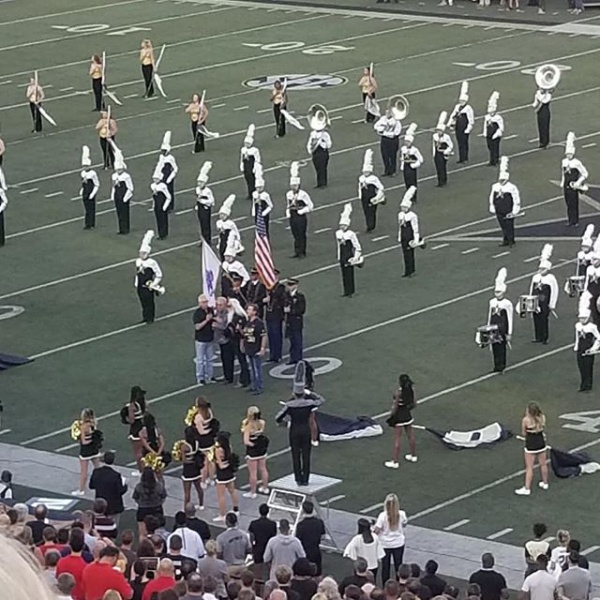 The Oak Ridge Boys singing the National Anthem at a Vanderbilt football game.

The big-name Nashville stars were often more leery of singing the National Anthem, and I often needed inside assistance. One of Music Row’s top songwriters was Dickie Lee, a former collegiate boxer and big Vandy fan. Dickie would talk it up to celebrities behind the scenes. He was a major help in landing such coups as The Oak Ridge Boys, Brenda Lee, Boots Randolph, the Gatlin Brothers, Dobie Gray, Lynn Anderson, Holly Dunn and Amy Grant to name a few.

Vince Gill sang once or twice before he was well known, and he later sang often for nearby Belmont University as he was friends with the Belmont head coach.

I eventually gained enough music aptitude to small-talk with the stars before they performed, but not before I blew a major chance of a lifetime with one of the greatest country stars.

In 1983, I had been in Nashville about two weeks, coming from Iowa State, and Vanderbilt was opening the football season against Maryland. Our crack fund-raiser told me the game would fall on Opry superstar Roy Acuff’s 80th birthday, so arrangements were made for Metro Police to escort Mr. Acuff into Vanderbilt Stadium to participate in the opening coin toss. And then he’d be surprised as the crowd would sing “Happy Birthday.” He would then get whisked back for the Saturday Night Opry. 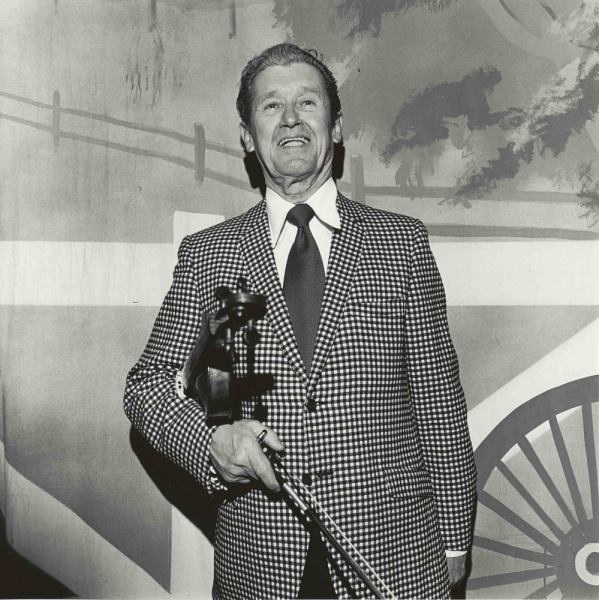 Roy Acuff, one of country music’s greatest stars ever, received a special salute at a Vanderbilt football game for his 80th birthday.

I was to meet Mr. Acuff upon his arrival at 6:30 p.m., about 15 minutes before the toss. That would be enough time to shake hands and explain what he was to do. I was reviewing my notes at midfield about 6 p.m. when I glanced up and here was Roy Acuff walking straight toward me. I was so surprised I stood, shook hands and we sat down – just Roy Acuff and me – to pass 30 minutes.

The only things I knew about him was that he was a country superstar and that he’d been a friend of the famous old baseball pitcher and broadcaster Dizzy Dean, who would talk on the air about going to Nashville to see his pal Roy Acuff. I remembered how Dean, on baseball’s Game-of-the-Week, would often start singing Acuff’s signature song, “Wabash Cannonball.”

With knowledgeable fans leaning over the railings in an attempt to touch the music legend, I meekly led with what little I knew: “Tell me about Dizzy Dean.” When I think now upon all the things I could have asked! It might have been the only time Mr. Acuff got one question, and it was about his friendship with Dizzy Dean!

There are two reasons big-timers are reluctant to sing the anthem in a sports venue. At least in those days, the sound systems were mediocre at best with a tinny, scratchy screech and a delay of up to two seconds, which requires supreme concentration and experience. The second reason celebrity singers side-step anthem opportunities is for fear they will forget the words. As one celeb said looking me squarely in the eye, “You are not allowed to mess up the National Anthem.”

But that happens, as was the case when we landed Lee Greenwood before a big basketball game in Memorial Gym.

Most performers immediately head for a private room – often an unused restroom or storage area – where they can focus and rehearse. But not Lee Greenwood, who was joining us after returning from an overseas tour with Bob Hope. Instead of rehearsing, Greenwood stretched out in our student section, chatting with fans. I thought this is how the really big-timers do it.

Finally it came time to sing and I led him to the microphone at center court. Our band director later said that seconds before he was to be introduced, he could sense Lee’s quiet desperation as though he was trying to get the words straight in his mind.

Oops! He got about two lines deep when he sang something that sounded like “birds bursting in air” and some garbled sounds to follow. Then he re-grouped and got back in step, only to mess up again before the 14,000 startled fans who had thought of him as “Mr. God Bless the USA.” Needless to say, we never got Lee Greenwood back to sing. 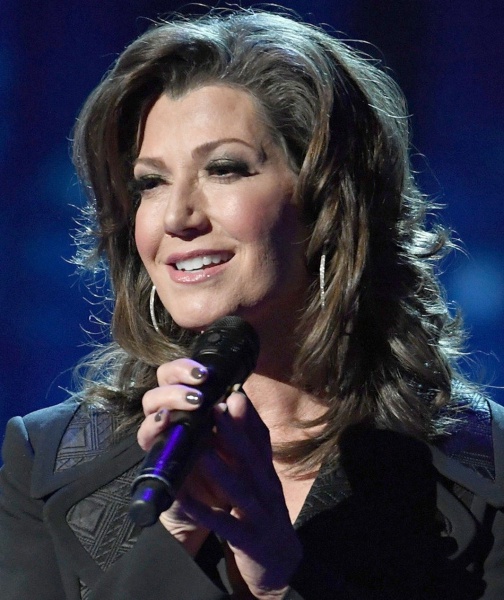 Amy Grant was another star that Rod Williamson hosted when she sang at a Vanderbilt game.

Another reason why stars are shy about the anthem is that for the most part, America “knows” how the song is to be sung – with a conservative, dignified style.

There was a hot country group at the time called Riders in the Sky, and they were extremely good harmonizers. We asked them to sing at our home basketball tournament as a treat for the many out-of-towners in the stands.

Riders in the Sky often began their songs with each singer hitting a different note as if they were prairie dogs: “Who-who-who,” “who-who-who,” “who-who-who!” On this night, that’s what they did — their trademark start — before breaking into a heartfelt and inspiring rendition of the anthem. They seemed well received until I got to the office the next day (this was before cell phones and the internet) and had several irate messages from men with military backgrounds who thought the group had embarrassed Vanderbilt and denigrated the anthem with their antics.

A local group, The Four Guys, was always a hit, partly because they sounded so good over the loud speakers. It turns out they had figured out a little secret that solved two concerns. They went into a Music Row studio prior to the game and recorded the anthem on a cassette tape. They were introduced at midfield like all the others but their microphones were turned off, playing instead their tape. They sang into a non-working microphone and nobody knew the difference.

A few years later, Barbara Mandrell found out this scheme was not foolproof. She rented Vanderbilt Stadium for her big charity fund-raiser and opened by “singing” the National Anthem. Unlike The Four Guys, her people forgot to check the batteries in her recorder and midway through the song, the words s-l-o-w-l-y ground to a near halt as she stood helplessly – an embarrassing moment for the superstar.

Boots Randolph, “Mr. Yakkity Sax,” was almost a cult hero with our student body and played the anthem to thunderous applause at our biggest basketball games once a season. On a personal note, years after I was no longer involved in the anthems, Boots came back to play before an NCAA Regional baseball tournament we hosted. I was not in the stadium when he performed and considered walking across the street to thank him for his past kindness, then decided we were both too busy. About 10 days later, Boots died and I’ve regretted that missed opportunity ever since. 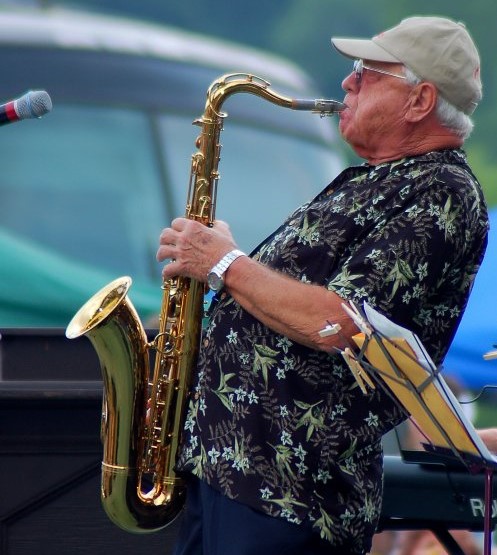 Saxophone great Boots Randolph was always a favorite of the Vanderbilt student body.

While Boots had his saxophone, and lesser knowns played guitars, trumpets or harmonicas, we also once enticed Lloyd Lindroth, the “Liberace of the Harp” at the Opryland Hotel with his $7,000 diamond harp ring and beaded costumes, to come to campus. He produced quite a spectacle, filling Memorial Gymnasium with soothing sounds moments before burly young men would commence Southeastern Conference basketball warfare.

Young kids, community and campus choirs, student-athletes and department staff members, we had a wonderful mix of patriots honoring America with their unique skills.

In later years after professional hockey and football came to Nashville, the glitter was shifted to their bigger, fancier venues. The big-name appearances became fewer and farther between on the college campus.

Some of us will faintly remember the glory days of these National Anthems, when the focus was on the music and not who was standing and who was kneeling. I will fondly recall the many wonderful personalities who gave their time while performing for free, producing memories and adding to the spectacle of sports as they honored America.

Iowa native Rod Williamson, the author of this column, retired in the fall of 2016 as director of athletics communications at Vanderbilt University in Nashville, Tenn., after working nearly 34 years there. That is the alma mater of Chuck Offenburger. The two met and have become friends over the years because of their mutual roots in Iowa. Williamson, who grew up in Parkersburg, Iowa, graduated from Iowa State University, then went to work in sports information, first at the University of Northern Iowa, then at ISU, then at Vandy. You can reach him by email at rodwilliamson72@gmail.com, or you can comment on his column by using the handy form below here. 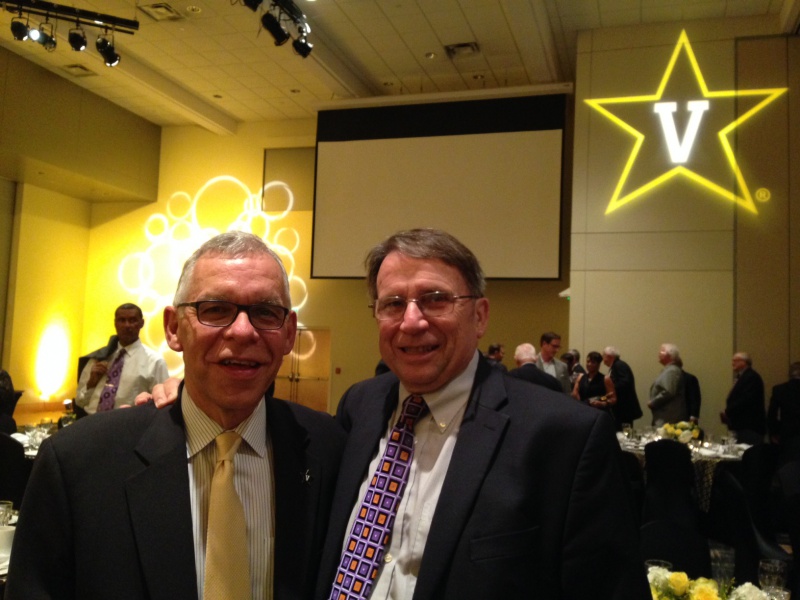