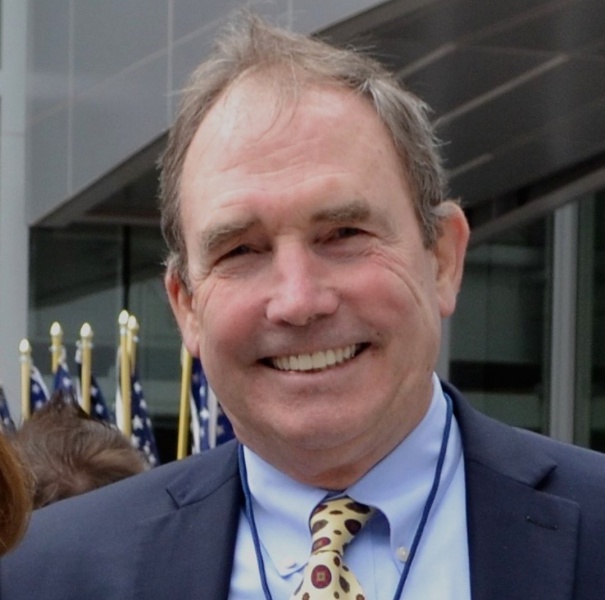 NEW ORLEANS, La., March 6, 2017 — My father, his older sister, and their three younger brothers all left home in Clearwater, Fla., to serve the nation during World War II.

In 1943 my father Donald C. North Jr. served on a U.S. Coast Guard cutter in the North Atlantic and in 1945 on an attack transport in the South Pacific.  His older sister Elsie served in the American Red Cross in Italy during the spring of 1945. The next North brother, Stuart, joined the Army and served in the Amphibious Corps, Pacific Fleet.  The next, Billy, was a Marine and was killed by a Japanese sniper on Iwo Jima nine days after the invasion began.  The youngest, Owen, was in the Army and saw action in the European Theater in the spring of 1945.

There are nine of us in the next generation of Norths—my two sisters, me and our six cousins.  Shortly after a reunion in the spring of 2016, at which we talked about our family’s service and their sacrifice, we decided to find a way to honor them all at the National WWII Museum here in New Orleans. We passed the hat and found that we could honor them in a meaningful way.

The National WWII Museum is a U.S. treasure.

The original building at the National WWII Museum in the Central Business District of New Orleans.

It is the brainchild of two University of New Orleans history professors – one of them the late Stephen Ambrose, well-known author of several books about World War II (including “Band of Brothers”) as well as the enormously popular story of the Lewis and Clark Expedition (“Undaunted Courage”).  The other founding professor is Nick Mueller, who was not the prolific author that Ambrose was, but was the more visionary of the two.  He is now president & CEO of the museum.

Their original plans centered on the D-Day Invasion, the largest amphibious landing in history, and they initially found a modest space on the UNO campus at the south end of Lake Pontchartrain.

But their dreams grew and led them to a building in the Central Business District of New Orleans, which became the D-Day Museum.  From the opening in 2000, the museum was wildly successful, and in 2003 the U.S. Congress designated the complex in New Orleans as the “National WWII Museum.”  The rest, as they say, is history.

The National WWII Museum attracted major funding—from public sources and from generous individual donors.  After the ravages of Hurricane Katrina in 2005, the museum’s board of directors bought warehouses across the street and began an ambitious building program.

It is now a magnificent campus with a half-dozen buildings and plans for more.  It is the leading attraction in New Orleans – more than 400,000 visit it annually – and the fourth most popular museum in the nation. You can get more information and directions on its website by clicking here. 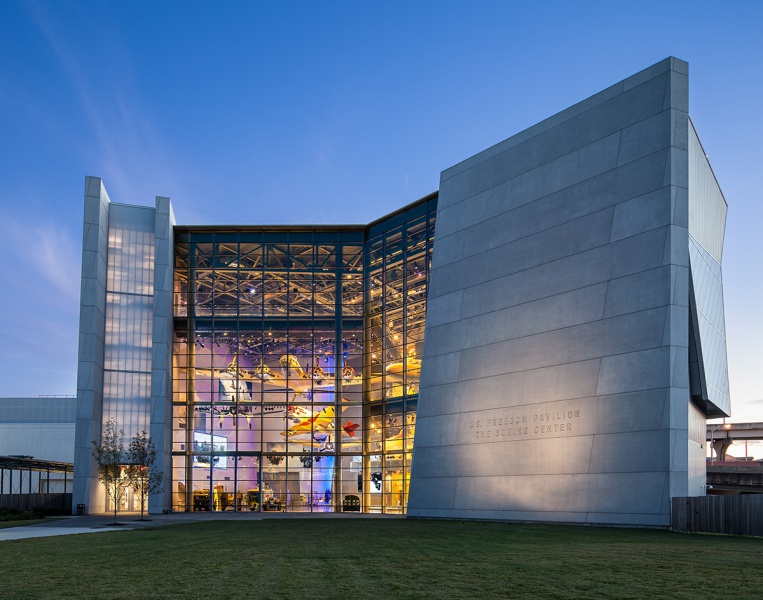 The newer Freedom Pavilion at the National WWII Museum, which now has expanded into a half-dozen buildings, with more planned, on the campus in New Orleans.

On Jan. 26 this year, the museum dedicated the “Founders Plaza” between the old and the newer buildings and the “Horatio Alger Association American Spirit Bridge” connecting the older and newer buildings on the second floor.

My wife and I attended the dedication, which included remarks from co-founder Mueller, a daughter of co-founder Ambrose, the museum’s executive director and the mayor of New Orleans.  We also received a tour of the newest exhibitions, “The Road to Berlin” and “The Road to Tokyo.”

Being a part of the dedication, touring the exhibits, and visiting the plaque honoring our parents and uncle filled us with gratitude, pride and humility. 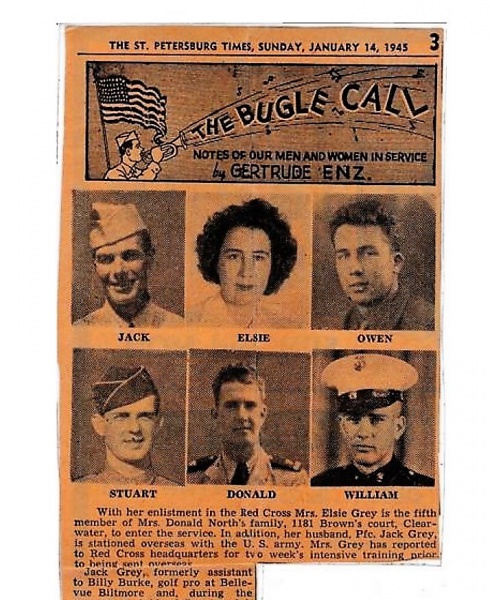 A January, 1945, clipping tells the amazing story of the World War II service of members of the North family.

What our family and so many of the “Greatest Generation” gave to defeat the Axis evils is in truth incomprehensible.  But it is important for all who follow this generation to try to comprehend.  It is important to honor the sacrifices of all who served and those who gave their lives.

And it is important to remember, always, that evil yoked with power, unchecked, often leads to unimaginable devastation.

Some of the readers of Offenburger.com are “of a certain age” and may have relatives who served during World War II.  I am confident that a visit to the National WWII Museum would be especially meaningful to those readers.

But on our recent trip here, we saw visitors of all ages and heard many different languages being spoken.  It was encouraging to see the interest that so many have in this museum, and I trust that visitors in the future will continue to find it fascinating and rewarding. 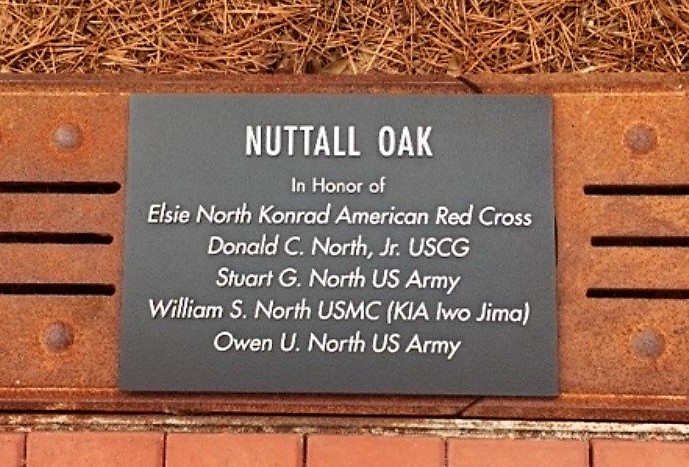 A plaque beneath one of the trees on the new Founders Plaza at the National WWII Museum in New Orleans.

The author of this story, Donald C. North III, of Houston, Tex., is a Vanderbilt University classmate and good friend of Chuck Offenburger.  He spent most of his career as headmaster of private college preparatory schools in North Carolina and Texas.  He married another of our Vandy classmates, the former Mary Murrill, and they have three grown daughters and four grandchildren. You can contact him by email at doncnorth@gmail.com or comment on his story by using the handy form below here.