DES MOINES, Iowa, Aug. 17, 2015 — The 161st Iowa State Fair is underway on the fairgrounds here in the capital city.  And with help from about two dozen candidates for the U.S. presidency who are campaigning here, the fair is drawing huge crowds.  We Offenburgers attended on Saturday, Aug. 15, in what seemed to us to be the biggest crowd we’d ever seen at the fair — and that was confirmed when the official attendance that day of 115,959 was announced.  We share some of our fun in the 13 photos here. 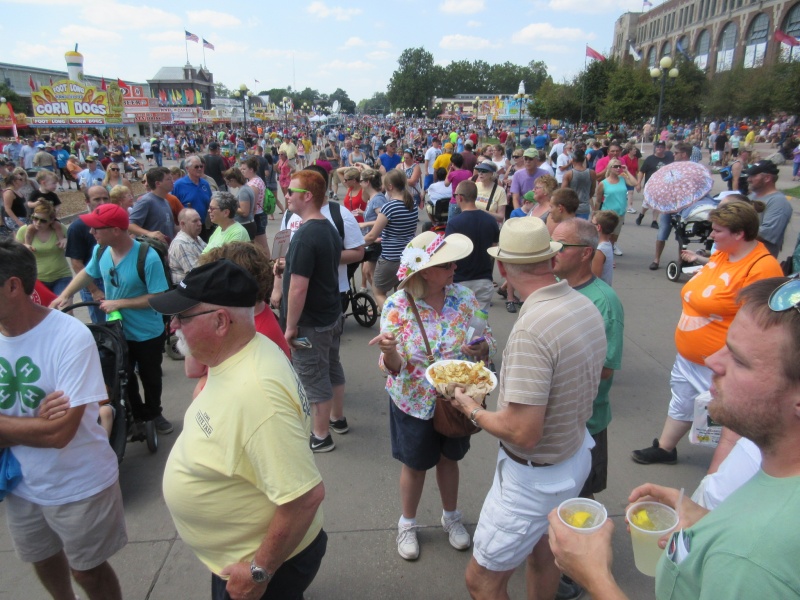 By mid-afternoon Saturday, Aug. 15, the big crowd packed the Grand Concourse at the Iowa State Fair. 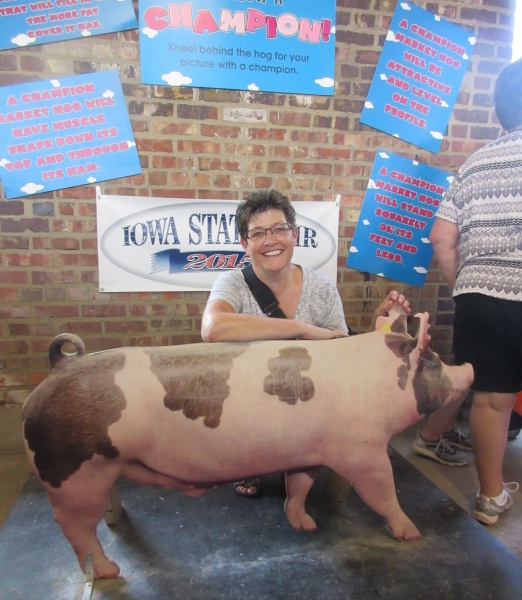 Carla Offenburger took advantage of an opportunity to show a championship market hog (sort of).  Note the unusual way they’ve now found to keep the hog’s right rear foot in just the right position for the judges! 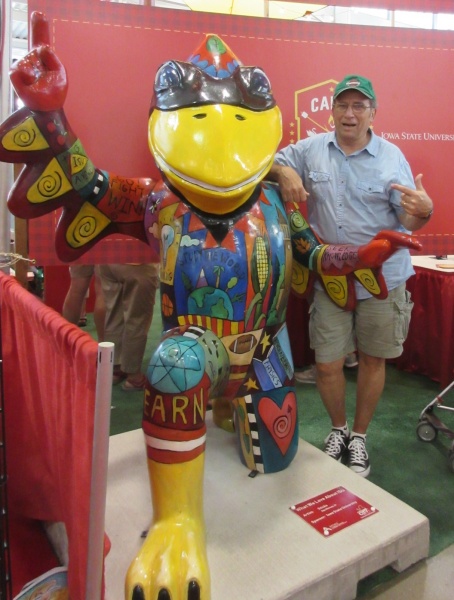 Chuck Offenburger posed with a statue of the Iowa State University mascot Cy at the university’s display in the Varied Industries Building.  This Cy was “dressed” by the artists at the art company Sticks in Des Moines. 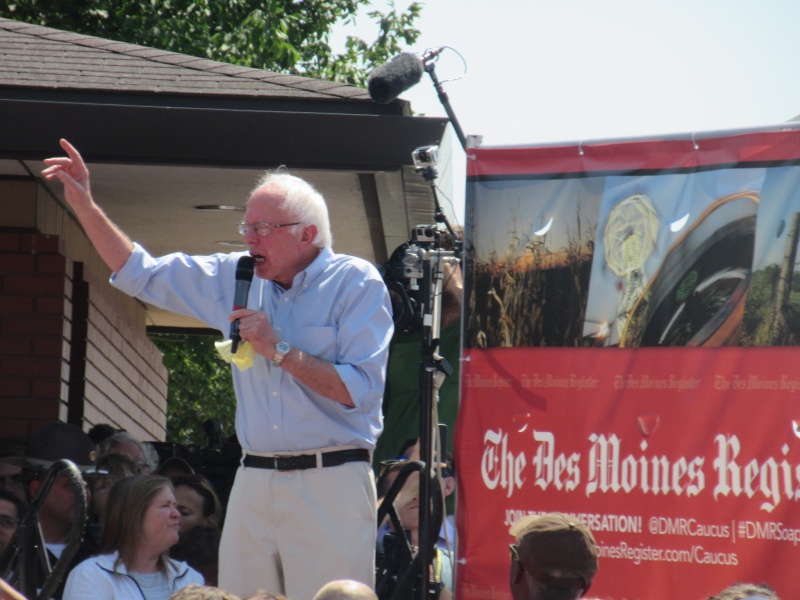 U.S. Senator Bernie Sanders, of Vermont, who identifies himself as a political independent and socialist, brought his campaign for the Democratic Party’s nomination for president to the state fair.  He drew a crowd of at least 3,000, maybe more, to the Des Moines Register’s Presidential Soapbox. 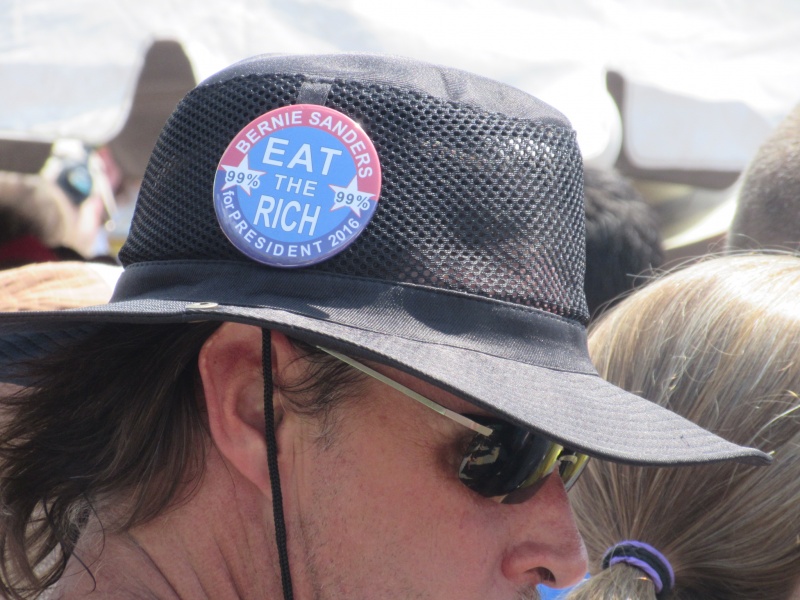 One of Bernie Sander’s backers was wearing a rather tough button on his hat! 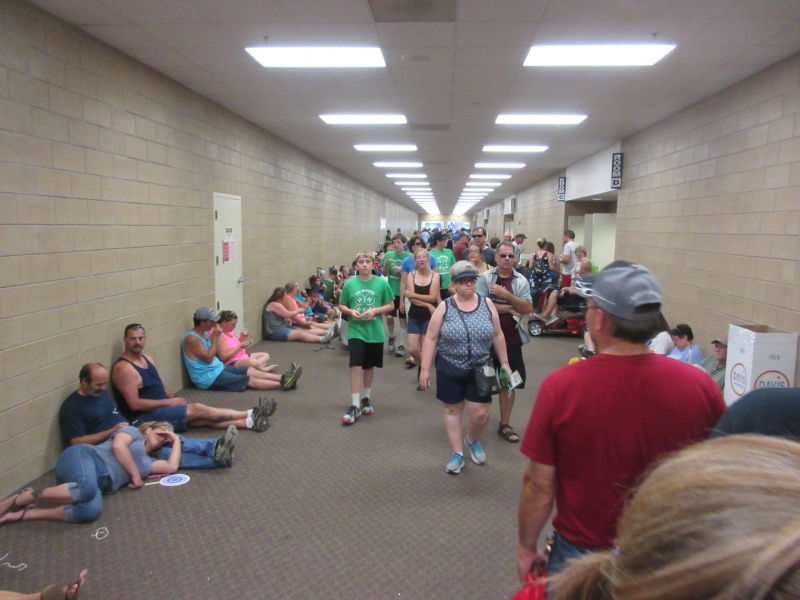 The temperature reached 90 degrees at mid-afternoon on Saturday, and that filled up the buildings on the fairgrounds that offer air conditioning.  Here you can see the back hallway at the Varied Industries Building where folks were sitting and sprawling along the sidewalls to cool off a bit — or catch a few winks. 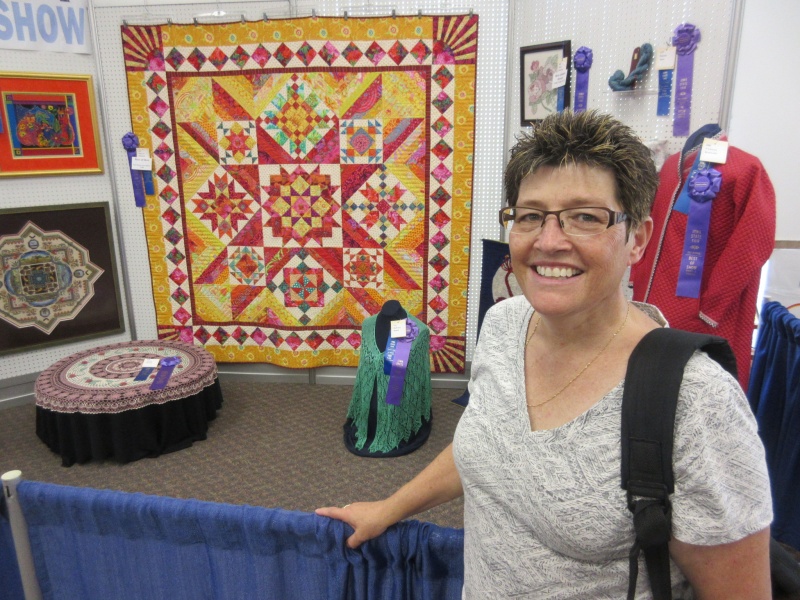 Carla Offenburger is shown here with the quilt of our friend Mary Shotwell, of Des Moines, which won the Best of Show and Sweepstakes honors in the quilt competition. 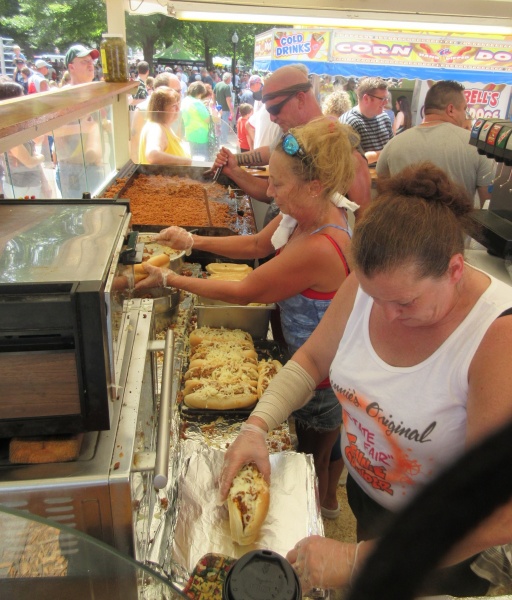 We Offenburgers always have  “Jennie’s Grinders” hot sausage sandwiches at the fair. 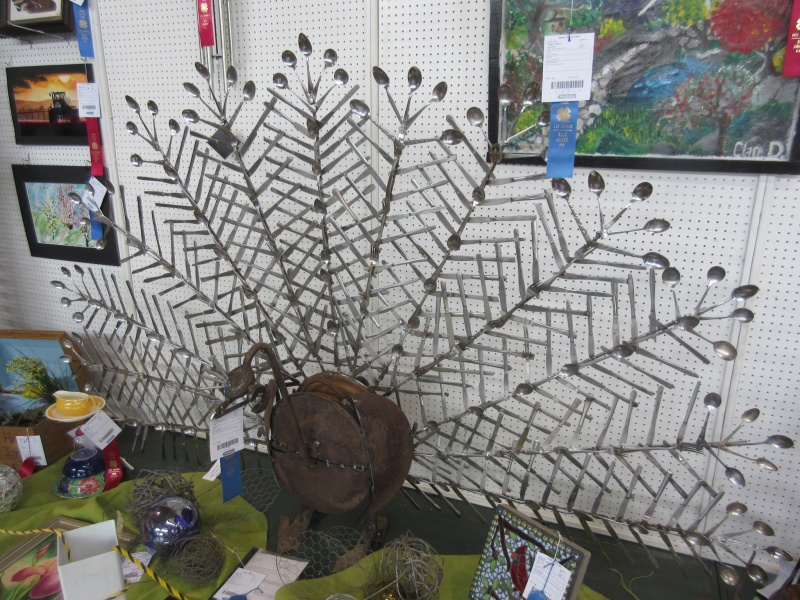 In the 4-H Building, we found this interesting and intricate art display.  This “welded peacock” was made by welding dozens of forks, knives and spoons by 4-H’er Rease Morris, 14, of the Indian Creek Circles club. 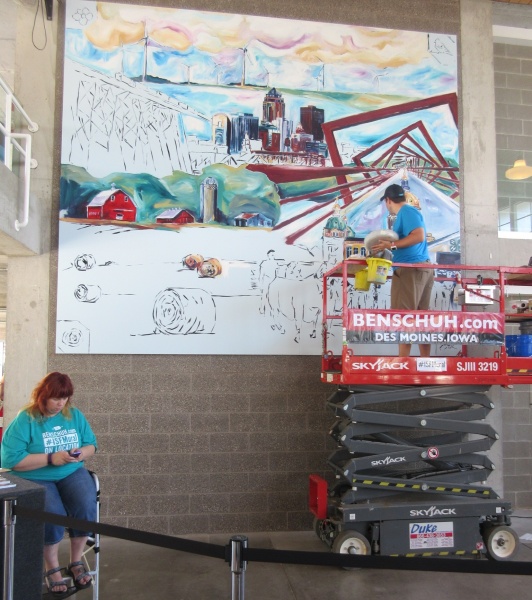 And there is some big art being done during the fair in the Cultural Center.  Artist Ben Schuh is painting a huge mural featuring scenes from around Iowa. 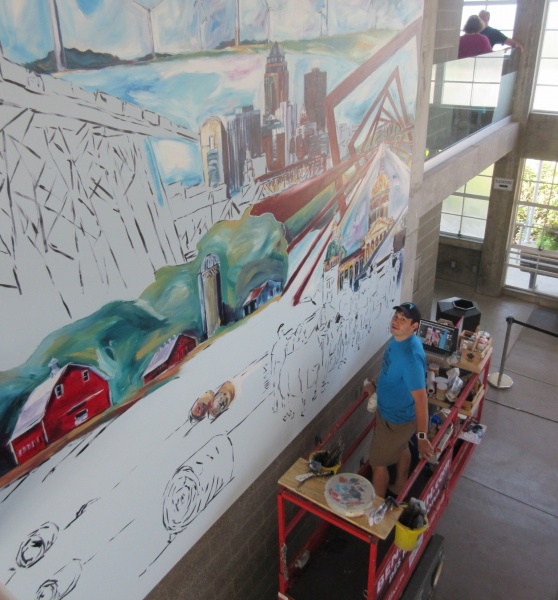 A view from above of artist Ben Schuh at work on his mural. 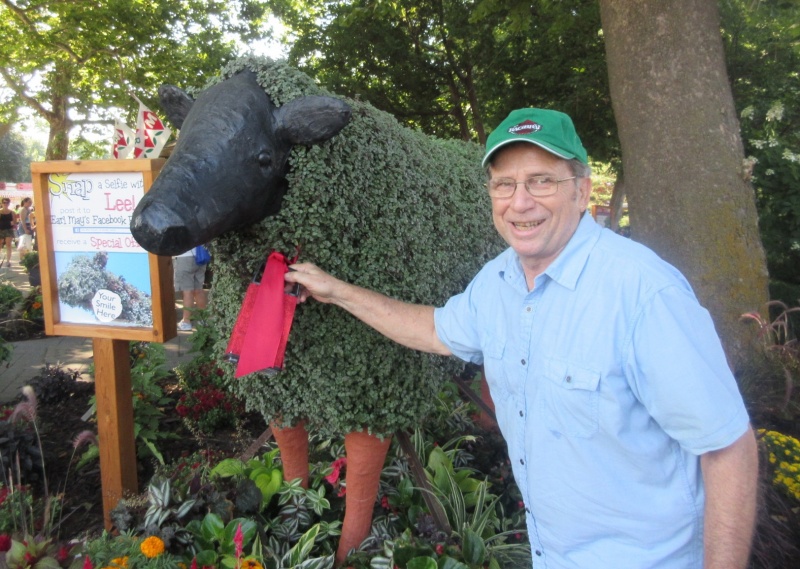 At the Earl May Nursery & Garden Center display, the company that is headquartered in Chuck Offenburger’s hometown of Shenandoah, Iowa, has a steer mannequin that is covered by a growing vine.  The steer’s name is “Lee,” after the Harvest Jubilees that the Earl May and Henry Field nursiers would co-host in Shenandoah in the years before World War II.  At the display, people are asked to take “selfie” photos with the steer and post them on the nursery’s Facebook page, so of course the ol’ Shenandoah boy complied, giving a tug on Lee’s cowbell for the photo. 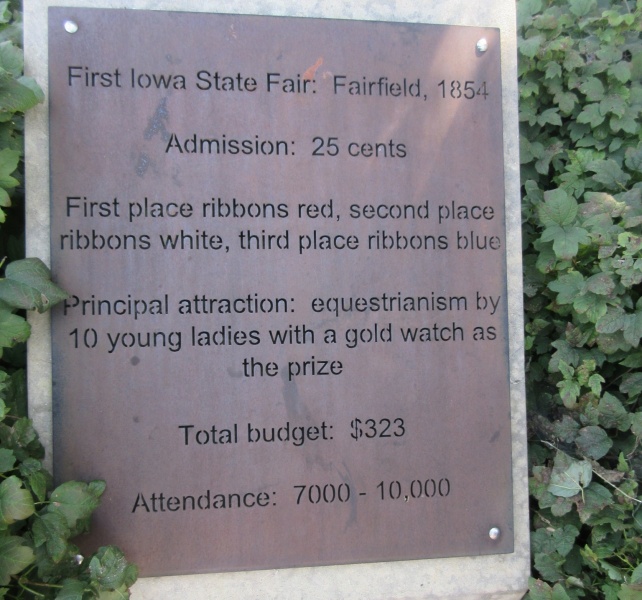 Interesting State Fair history we found on a plaque outside the Agriculture Building.