ST. PAUL, Minnesota, May 10, 2019 — Here is a photo re-cap of my wife Carla Offenburger, her sister Chris Woods and I finishing in the May 5 “Brave Like Gabe” 5K Run-Walk in beautiful Como Park here.

The second-annual event was organized by and named for Gabriele Grunewald, 32, of St. Paul, a former Big Ten champion and All-American runner for the University of Minnesota and now a professional runner.  She is raising money and public consciousness to encourage moreresearch on rare cancers.

“Gabe,” who has the same adenoid cystic carcinoma that Carla Offenburger does, had to miss the race because she was hospitalized for a procedure to stop an infection. 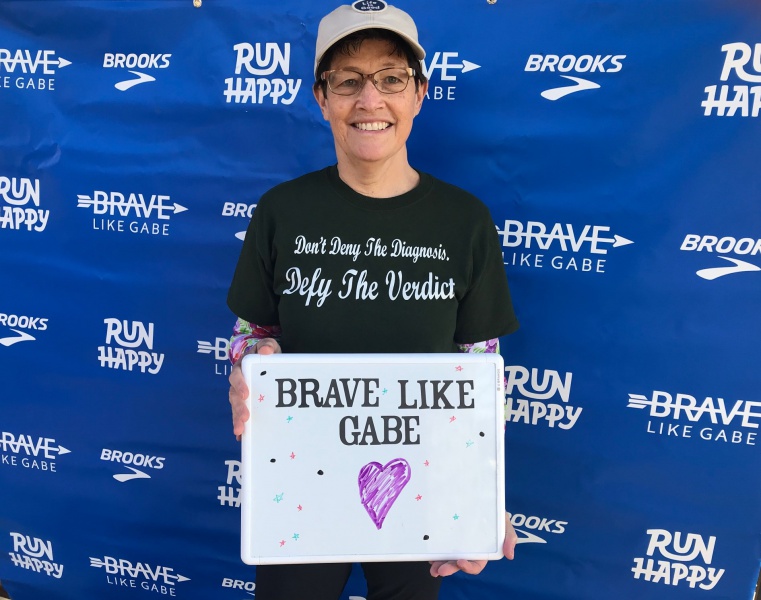 Carla Offenburger, ready for the 5K in St. Paul MN.

“It’s not lost on me that maybe this is one of the most poignant ways to show just how critical research is,” Gabe wrote in a post on Facebook from her hospital bed. “Cancer is nothing if not incredibly inconvenient and we need more options.”

Her husband Dr. Justin Grunewald, by the way, another former U of M runner, was the winner of the race in a time of just over 15 minutes.

I am happy to report that I was the winner of the men’s 70-79 age division, walking to the title in just under 58 minutes. I must add that I stopped once along the way to use a convenient restroom in a park shelterhouse, and several other times to shoot photos.

And honesty compels me to report that I think I was the only entry in the men’s 70-79 age division.

Now, enjoy the experience from these photos.

Gabriele “Gabe” Grunewald in an earlier race. Her battle with adenoid cystic carcinoma has closely paralleled Carla Offenburger’s over the past 10 years. 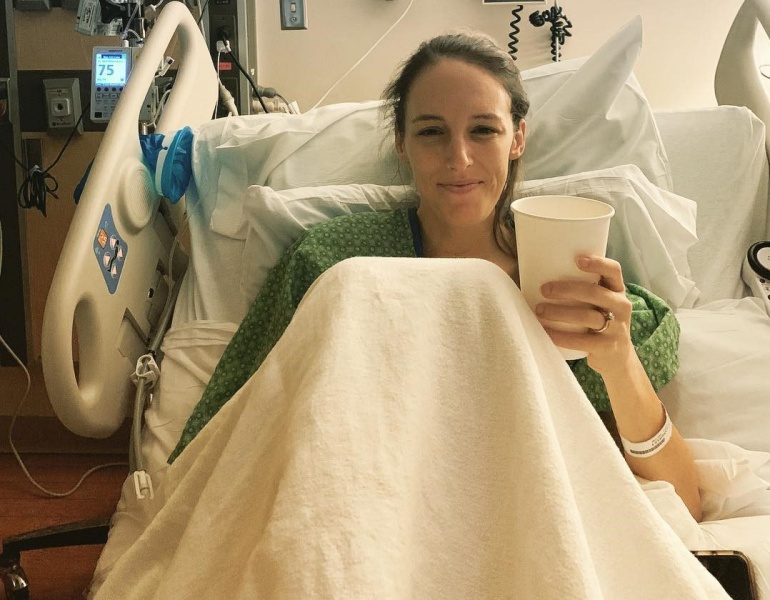 From her own Facebook page, here is Gabe Grunewald on Saturday night, May 4, telling her friends she’d have to miss her own 5K “Brave Like Gabe” ran on Sunday morning because of an infection that required to be hospitalized for a procedure. 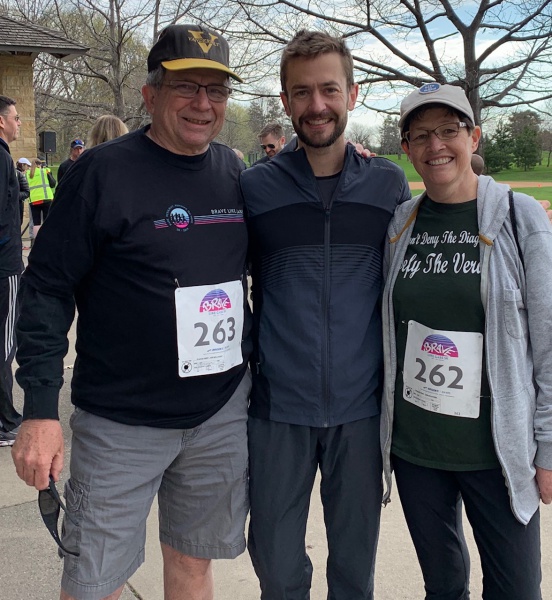 More than 500 ran or walked in Sunday morning’s “Brave Like Gabe” 5K in St. Paul MN, and more than 1,000 were doing the race remotely around the world! 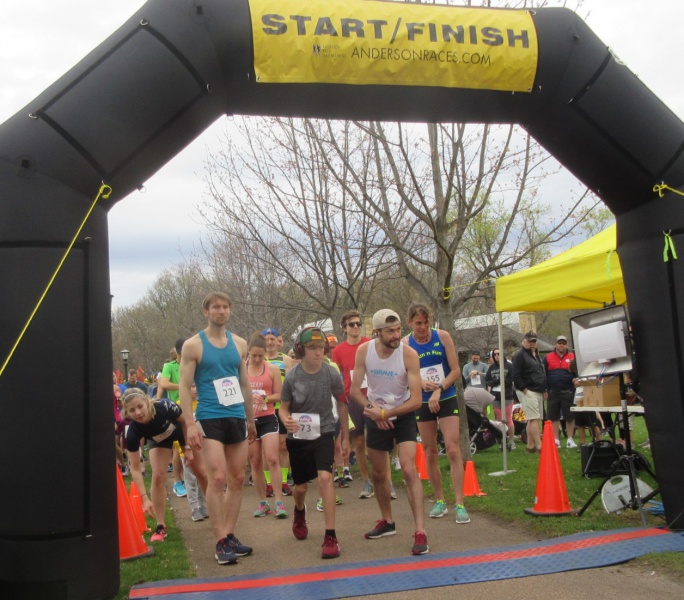 Ready to race, “Brave Like Gabe.” That’s Gabe’s husband Dr. Justin Grunewald on the right, and he won the 5K in just over 15 minutes. 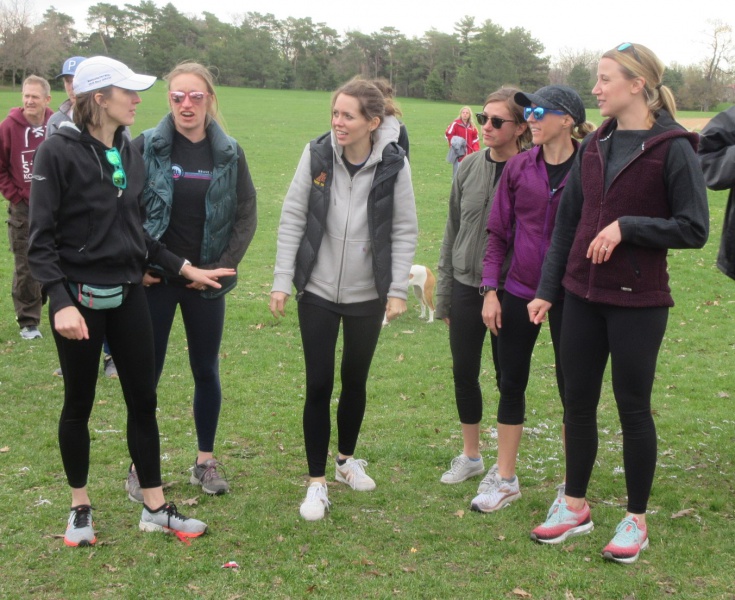 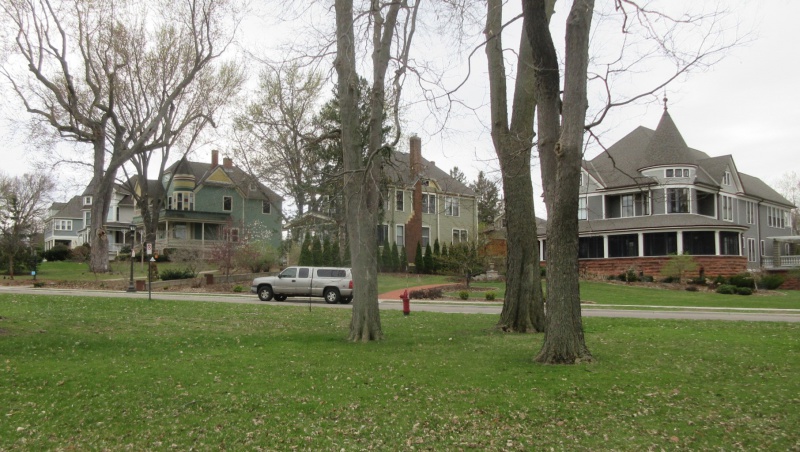 The “Brave Like Gabe” race was held in the huge & beautiful Como Park, which is surrounded by this classic St. Paul MN neighborhood. 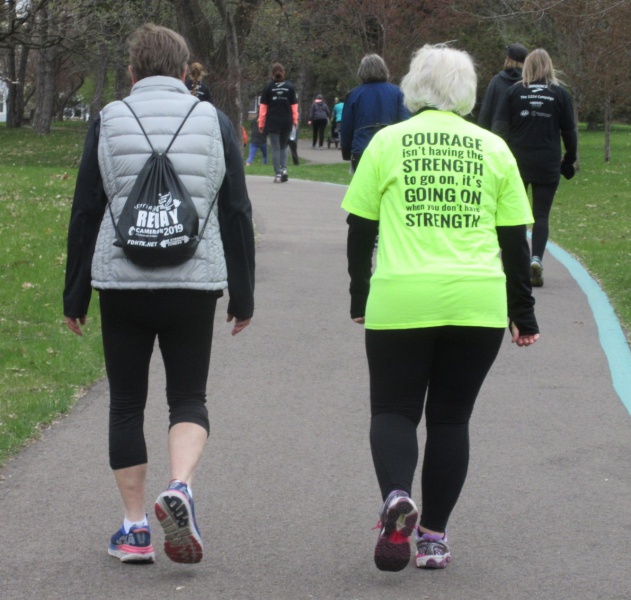 Great message on this competitor’s T-shirt. 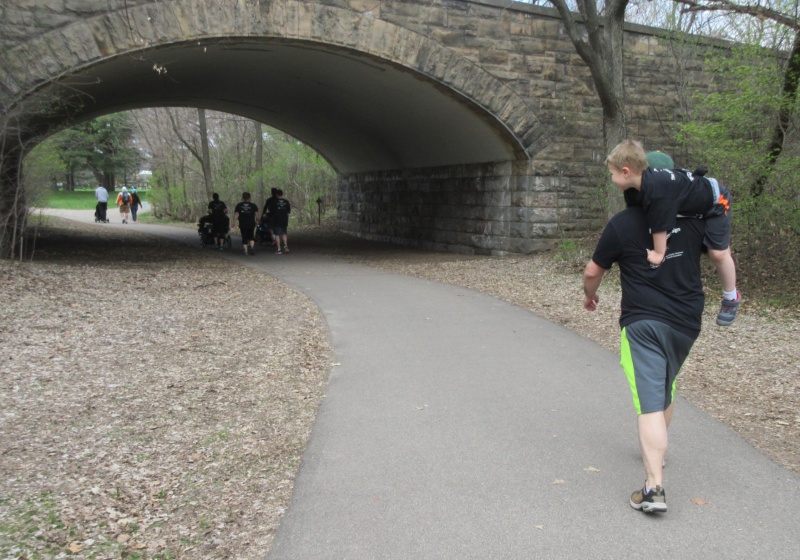 One competitor needed a lift for a short part of the route. 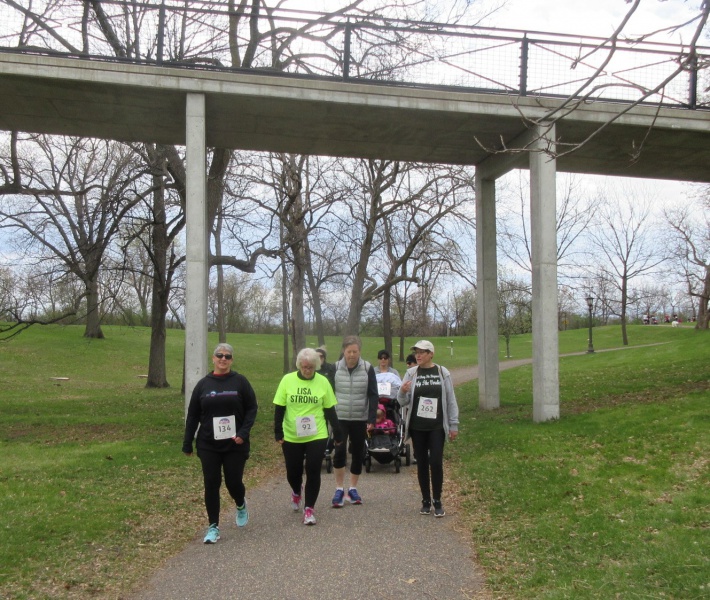 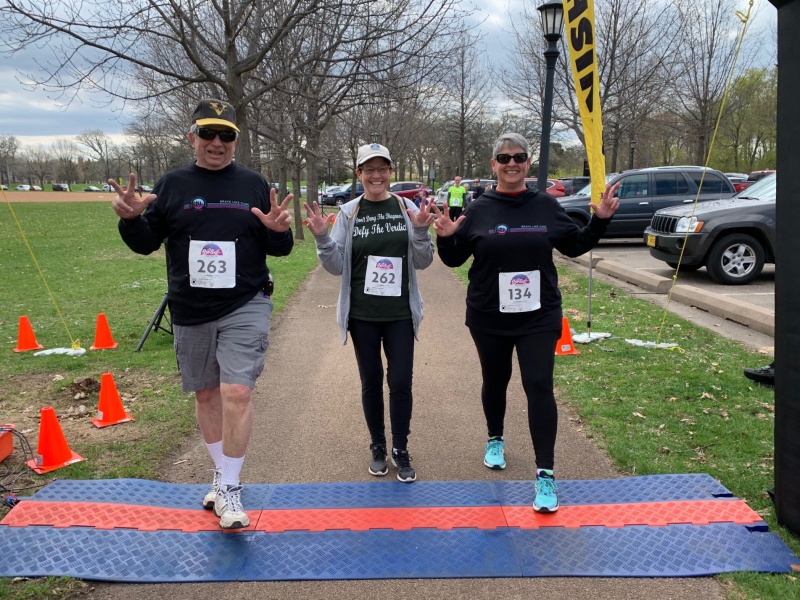 Team Carla crossing the finish line — that’s her sister Chris Woods, of Des Moines, on the right. The three of us had a great time on our weekend in the Twin Cities. 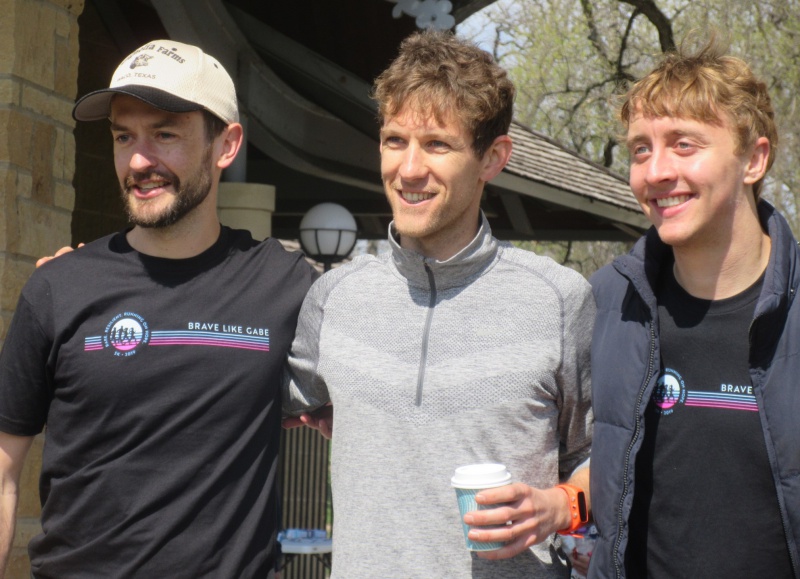 Top three finishers in the race. 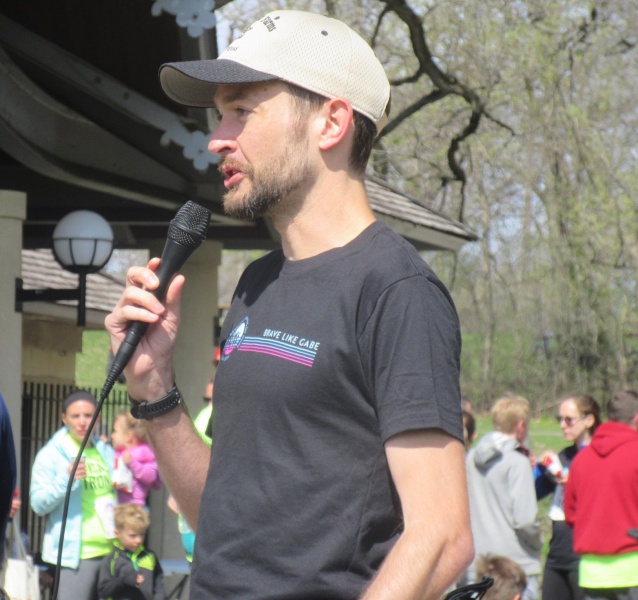 Dr. Justin Grunewald, thanking the crowd for taking part in the “Brave Like Gabe” race. 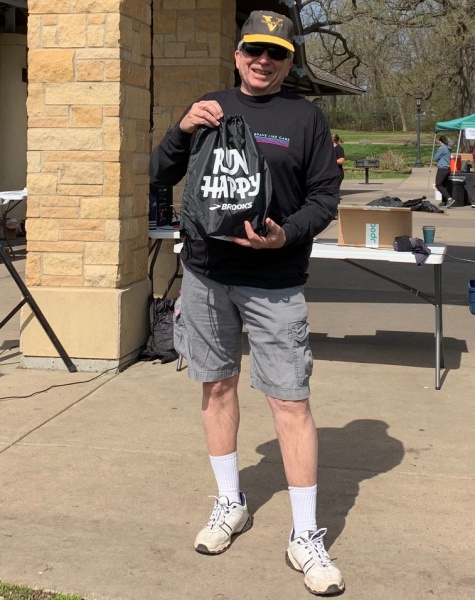 One thought on “Striding out to raise money & consciousness, fighting rare cancers”