COOPER, Iowa, Oct. 15, 2018 — Let me share one happy observation about the full field of candidates here in Iowa as we approach the Nov. 6 general election. I don’t think I can ever recall a time when I felt like there were more good, qualified people running for all positions in both major parties than there are now. We’re doing something right!

Top to bottom on the ballot at least the one that I’ll get here in Greene County, I think we’ll be fine with whoever is elected – with one important exception. That’s in the race for the U.S. House of Representatives in our fourth district here in northwest Iowa and stretching over through north central Iowa. 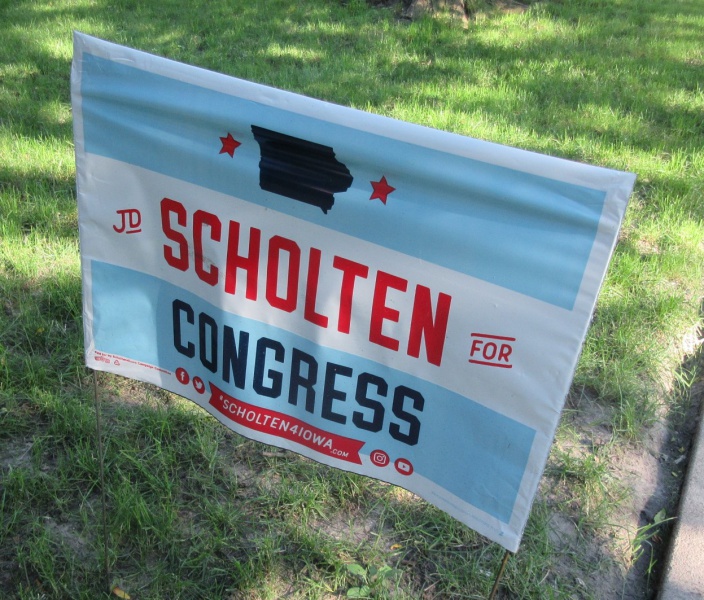 Good sign from a good candidate at the right time.

King is 69 years old now, he’s been in Congress 16 years, and it’s like he’s worn out. In this cycle, he is running the lousiest campaign we’ve seen from him in his nine races. And in this latest term, he has cut way back on his town hall meetings with constituents. He is seldom seen at all around the district, just on TV news from far-away places, often with some new embarrassing outburst. And let’s not forget his active support of Oily Ted Cruz from Texas – Enemy No. 1 of bio-fuels proponents – in the Iowa Political Caucuses in 2016.

King has never accomplished much for the district in Congress, mainly because he’s such a lightning rod that almost nobody wants to work with him there. Lately, he seems more arrogant than ever, and that is remarkable, given his history. He needs to go home to Kiron and focusing on being a good grandpa.

Perfect timing for all that, actually. 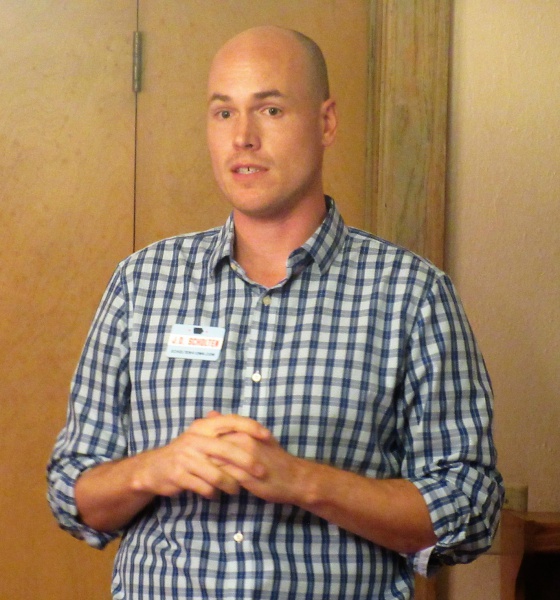 He has run a better campaign than any of King’s previous opponents. He has consistently raised more campaign money than King has. He talks compellingly and respectfully to everybody in the district, even King’s most loyal supporters. He is making politics fun and interesting again. And he’s receiving rave reviews.

Scholten is a model, next-generation Iowa leader — one of our own with deep ties all over the district.  I intend to write more about him in the next couple weeks, but for now I want to say he has my enthusiastic endorsement and I ask for your serious consideration of him. 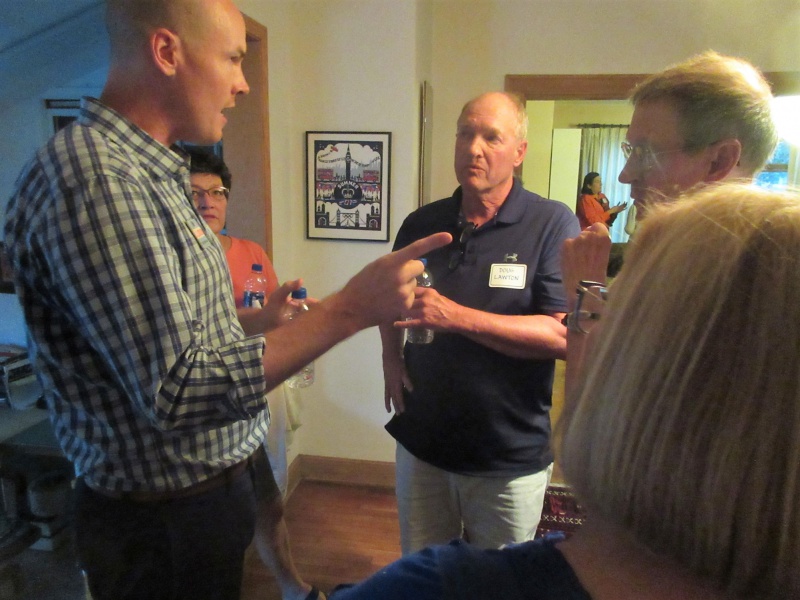 Scholten campaigning in Ames this past summer. 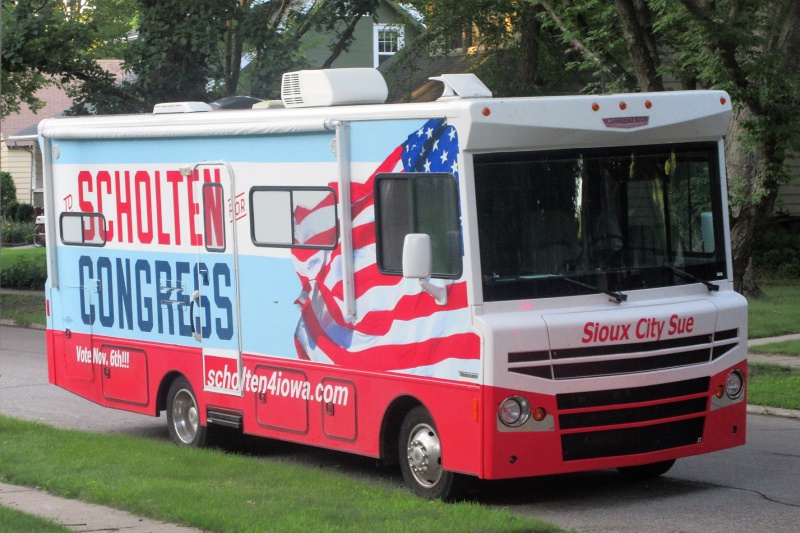 Scholten has driven his “Sioux City Sue” campaign mobile home all over Iowa’s sprawling fourth congressional district, multiple times.  He often overnights in it in the parking lots of Walmarts.