Oh, I guess the “Persist” cookies give it away. U.S. Senator Elizabeth Warren, the 69-year-old Oklahoma native who now serves Massachusetts, brought her “Dream Big, Fight Hard” campaign to La Poste reception hall in Perry, and more than 200 people welcomed her there.

You may remember that two years ago, then-Majority Leader Senator Mitch McConnell (R-KY) gave her a ready-made campaign slogan when he said, after unsuccessfully trying to shush her during Senate debate, “Nevertheless, she persisted.” 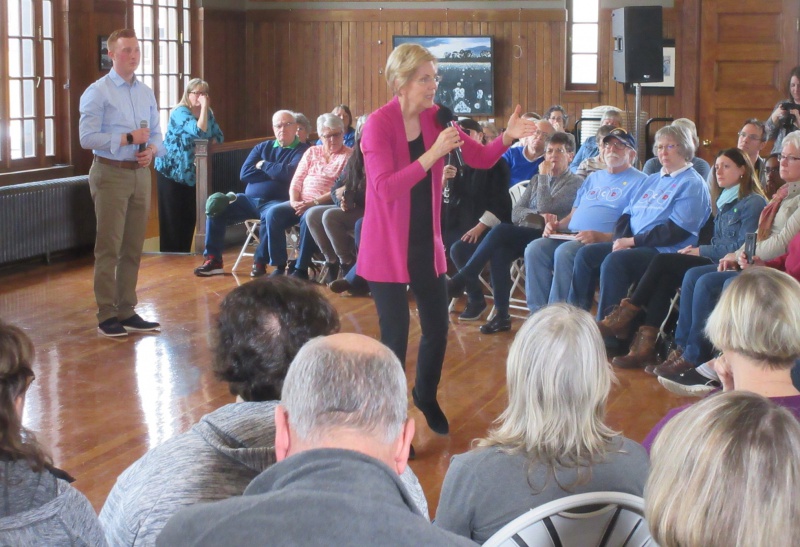 Elizabeth Warren is an animated and personable speaker. the daughter of a salesman . She is an Oklahoma native who worked as a waitress going through college, married at 19 and had two children soon after. “After college, I got the crazy idea to go off to law school, and I did,” she said, “with a baby on my hip and pregnant with No. 2.” She eventually became a law school professor, working her way up to Harvard University, before she was elected to the U.S. Senate in 2012. “America has truly great opportunities,” she said, “for some.”

Warren, a law school professor before she was elected in 2012, specialized in teaching business law and bankruptcy law. She was a Republican until 1995, but felt the GOP moved away from her and the values of middle class and poorer people.

Earlier this week, Warren came out strongly against corporate agriculture and “anti-competitive mergers” of big businesses, but she did not talk about that Wednesday in Perry. 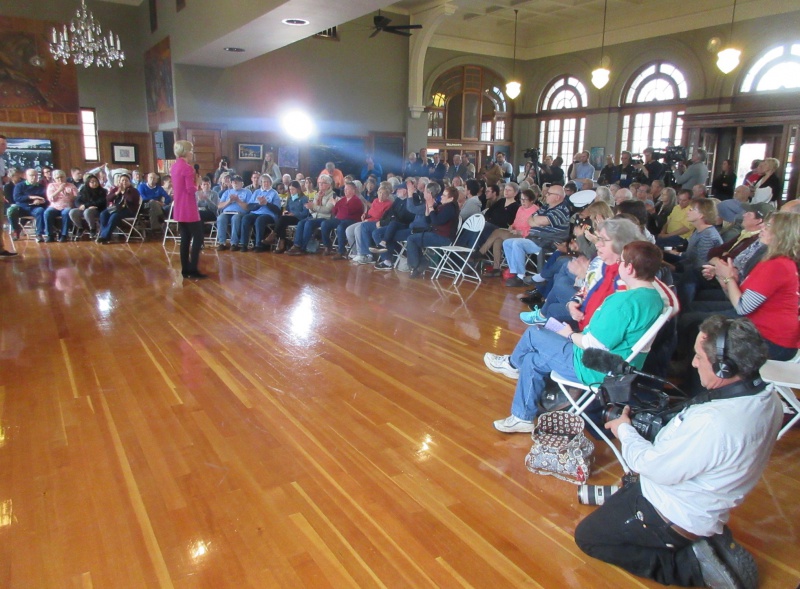 Her best moment came when she was asked what assurance she could give that she would be able to handle President Donald Trump in a debate, if she should wind up with the Democratic nomination. “You know, I was state champion in debate two straight years in high school, and my college scholarship was a debate scholarship,” she said. “O.K., yes, that was decades ago. But let me tell you a couple things about me: I know how to fight, and I know how to win.”

And then she recited several victories on legislation, her upset win in her 2012 Senate race — to become the first woman ever elected to that position in Massachusetts — and then her re-election in 2018. 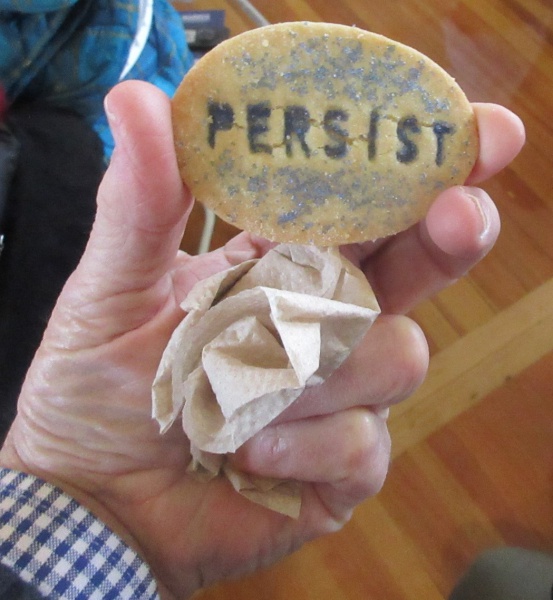 At the rally in Perry for presidential candidate Elizabeth Warren, these “Persist” cookies were handed to the crowd. That refers to the time in 2017 when then-Senate Majority Leader Mitch McConnell tired unsuccessfully to interrupt Senator Warren as she was reading a letter on the floor, saying later, “Nevertheless, she persisted.” That has become a motto for the Warren campaign. 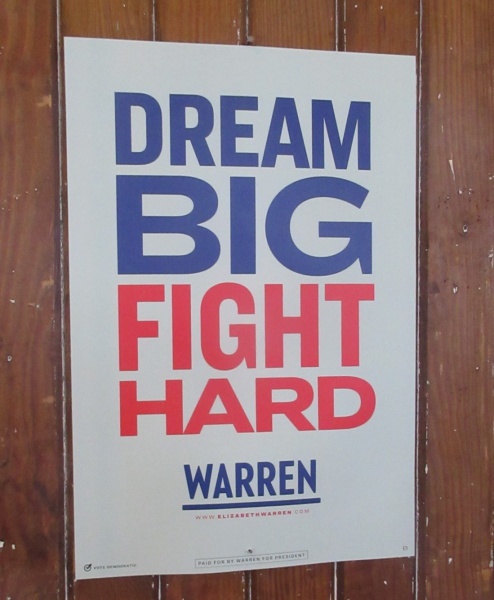 One thought on “Sen. Elizabeth Warren indeed is persisting in her presidential campaign”