IDA GROVE, Iowa, Jan. 10, 2017 — There are lots of big, loud, bad things that happen around us and command the attention of all of us.  Then every once in a while, you run across a small, quiet, good thing that’s been happening for years but it’s a complete surprise to you.  And when you figure out one of those latter things, it just makes you feel good.

A couple of weeks ago, photographer Don Poggensee, who lives here in northwest Iowa, shared some photos with us of “Iowa barns in winter,” and we published them.  This week, Poggensee said he had some more winter pictures to share, “Iowa churches in winter.”  As you’ll see here, they’re beautiful and inspiring.

Then he happened to mention that these come from a series of photos he’s done over the years “for one of Iowa’s U.S. Congressmen’s Christmas cards.”   I asked who that is, and he said it’s Congressman Steve King, who represents northwest and north central Iowa in the U.S. House.  He said King has been having him take photos of churches in the district “since he was first elected,” and they’re used on the cover of the Christmas cards he sends to supporters.

Come to think of it, this may be old news to most people in northwest and north central Iowa since so many of them vote for Congressman King and probably receive Christmas cards from him.  I’m obviously not on that list, and thus my surprise.  Still makes me feel good. 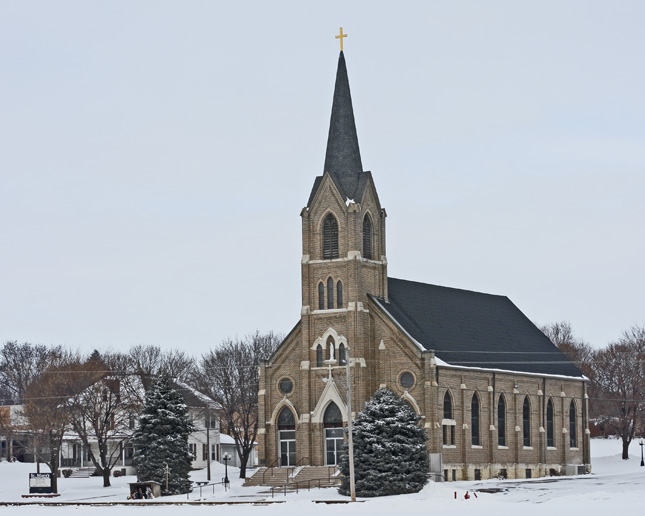 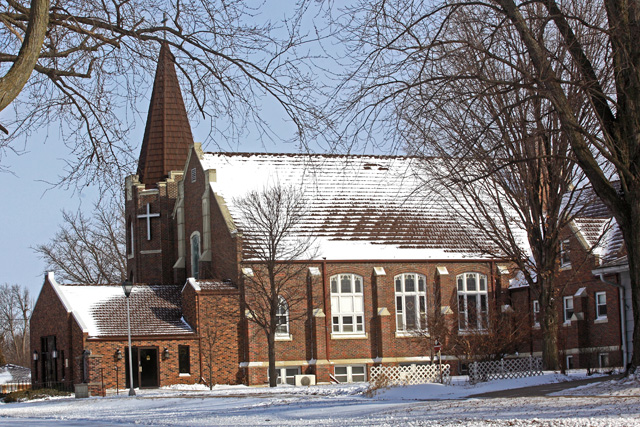 The Lutheran Church in Lytton. 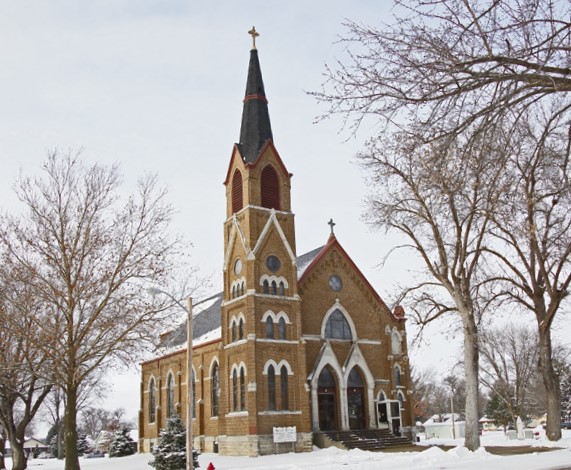 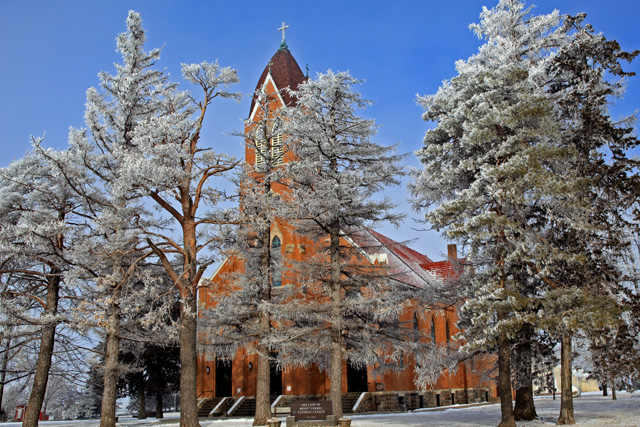 Our Lady of Mount Carmel Church in Carroll County. 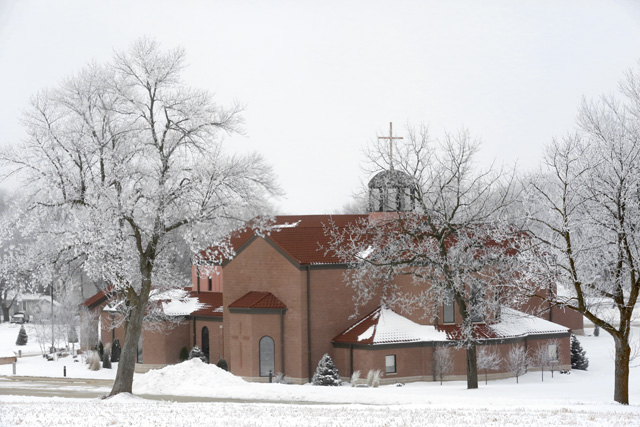 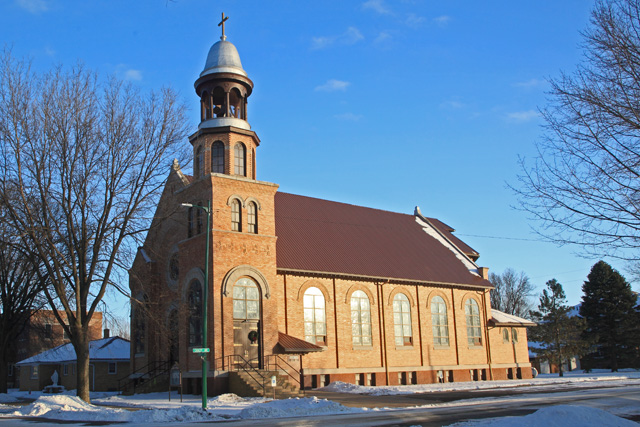 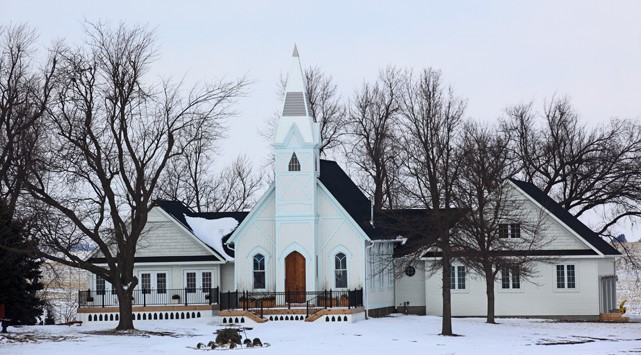 This church building was originally located in Arcadia, but has been moved and converted to a private residence west of Carroll on U.S. Highway 30. 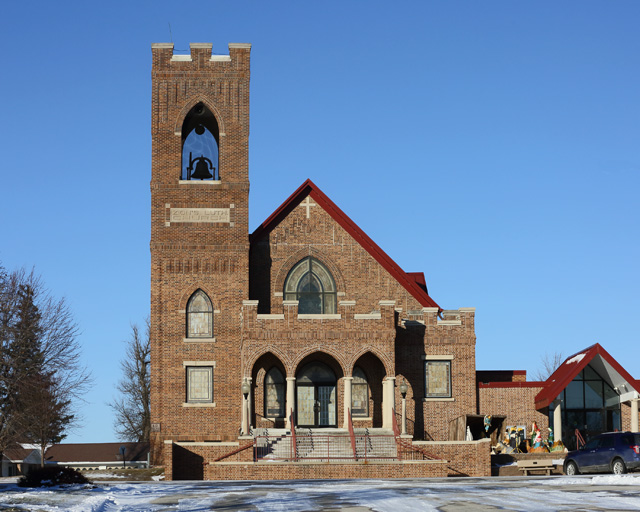