IDA GROVE, Iowa, March 24, 2015 — They’re home now, and warm again, after another fantastic photo expedition to the interior of Alaska to see and shoot the “aurora borealis” spectacular light shows from close-up range.

Don Poggensee, of Ida Grove, whose work you see often here at Offenburger.com, traveled March 10 to the 17th to the Fairbanks, Alaska, area with Jack Holmes, also of Ida Grove; John Schmidt, of Ocheyedan, and Bob Gillespie, of Sioux City.  This trip has become a March tradition for them the last three years.  This year they stayed at the Fairbanks Regency Hotel, and did most of their nighttime shooting in the surrounding foothills, about 2,000 feet above the city of Fairbanks.

“We had six nights of clear skies, and only one of those nights had a few hours of light snow,” Poggensee reports. “Otherwise, we had great northern lights all those nights.  Temperatures were very cold, ranging from minus 35 to minus 40 degrees below zero. That allowed for the clear skies at night, but the cold made the photography very challenging.” 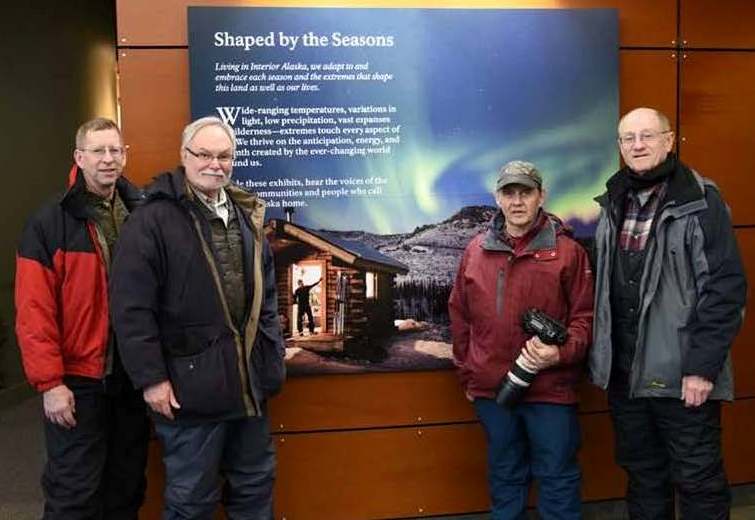 Here is the group of friends at the Visitor Welcome Center in Fairbanks.  Left to right are John Schmidt, Bob Gillespie, Don Poggensee and Jack Holmes.  This photo is provided by Gillespie, who had a staff person at the center take the picture with his camera.

They rented a full-sized SUV, which they would “let it run all night, and then when we’d return to the hotel, we’d use the plug-ins that were in front of most places to keep the engines warm.”

Before he shares his photos here, we asked Poggensee, who has photographed so many amazing natural phenomena throughout his career, how he ranks aurora borealis as something to experience.

“I would rank aurora borealis at nearly the top,” he said. “There is really nothing to compare them to.  They come and go, they descend as pillars or sheets of brilliant lights, most always on the move and changing.  The colors run from greens to reds, purples, to white-yellow, and can stay for a while or change as you are looking up at them.  They come into the polar regions and spread out, and can be 30,000 to 40,000 feet in altitude.  But near the Arctic Circle, they look to be just overhead.  No two nights are the same.  One does not ever get tired of seeing them.”

And what exactly is happening when you do see them?

He gave this long, wonderful explanation: “The aurora are charged particles that are given off from sun spots, solar eruptions. They leave our sun at millions of miles per hour, and if our Earth is in the right window, they come into our magnetic poles. When they do they interact with the elements in our air and become ‘on fire,’ so to speak.

“Our Earth rotates and is it also is tilted, but in March and October, it is more facing our Sun, so the best time to see the northern lights is in those months.  More darkness in March means the best viewing.

“CMEs — or ‘coronal mass ejections’ — sends billions of burning particles of gases off of the Sun. If the Earth is in the right location, we get the auroras.

“They can block out communications, can overpower our electrical grid, shut down electronic signal, and stop electrical transfer.  Even our ignition in our autos will not work, if we have a very powerful direct hit. There has been a few in the past that set teletype poles on fire, but today we are ill-protected from a huge CME. A low-level atomic blast over the U.S. would do the same thing.”

He said they saw several other groups of people at most of the locations where he and his friends were doing their photos.  Some people were just there to see the shows of lights.  Many were also taking pictures.  Lots of people were from Japan.

“I know the people of Japan almost worship the auroras,” Poggensee continued.  “And we had a couple from Australia come to Fairbanks last year to just get married up the auroras.  They seem magical to many, and when you see a very bright display, you just want to stop and look in wonder.”

Now, to start, here is a photo of aurora borealis right over the Alaskan Pipeline on the edge of Fairbanks. 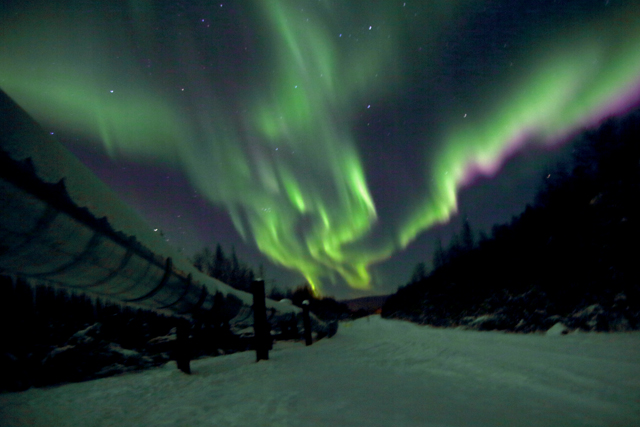 And here is a group of photos from the “Cleary Summit” area north of Fairbanks. 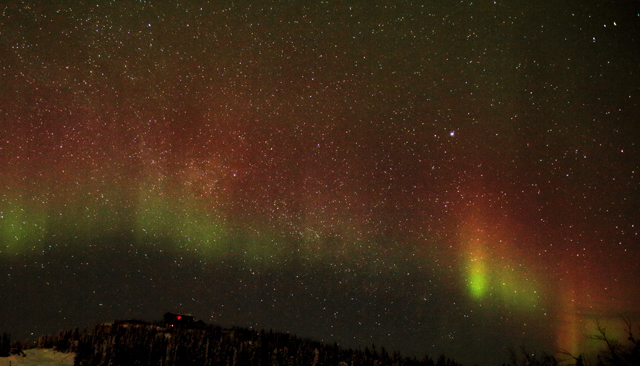 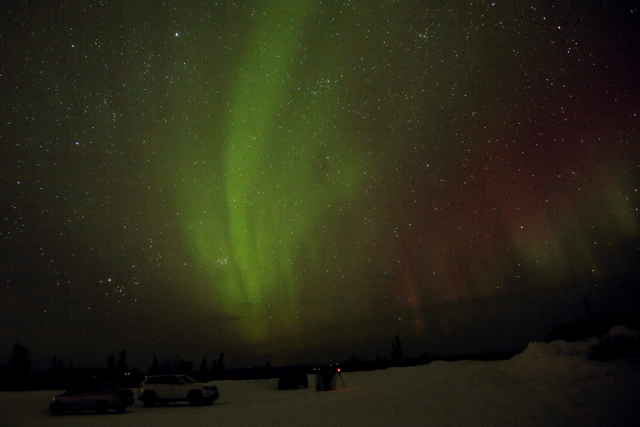 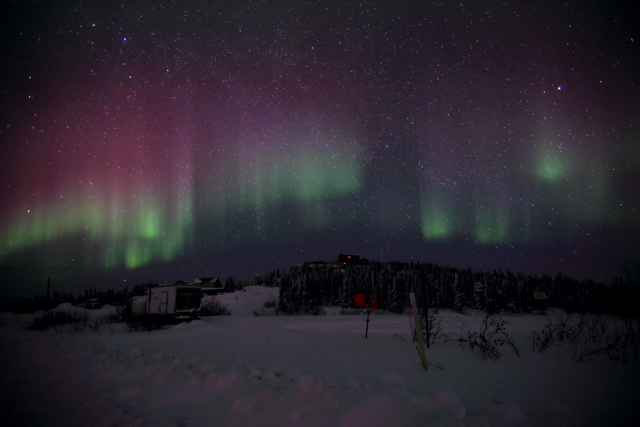 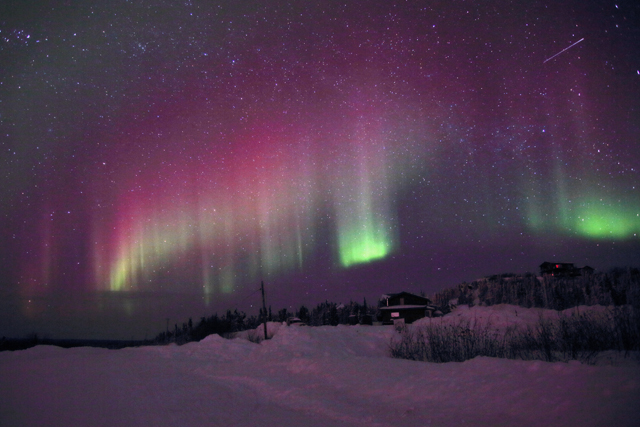 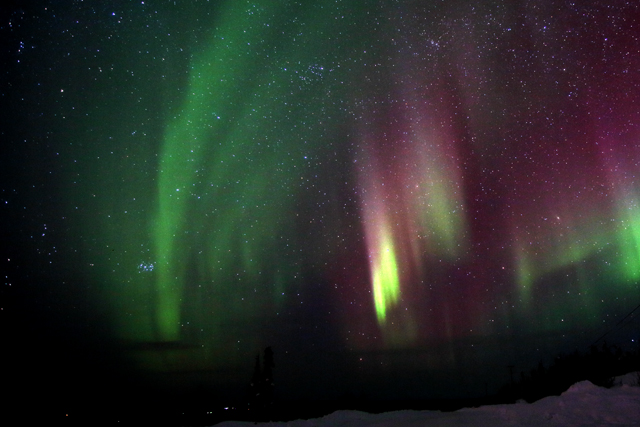 Next is this group of photos from the “Ester Dome” area west of Fairbanks. 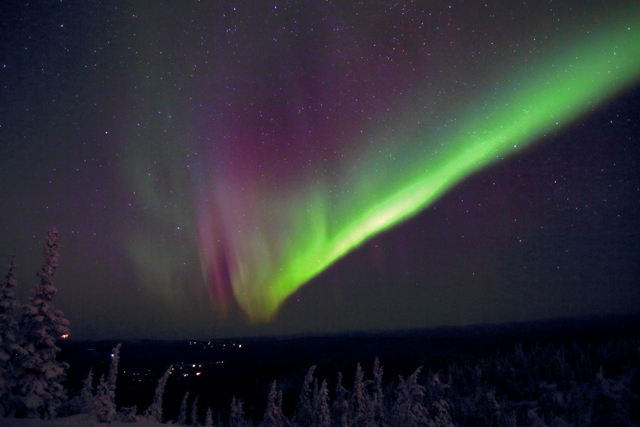 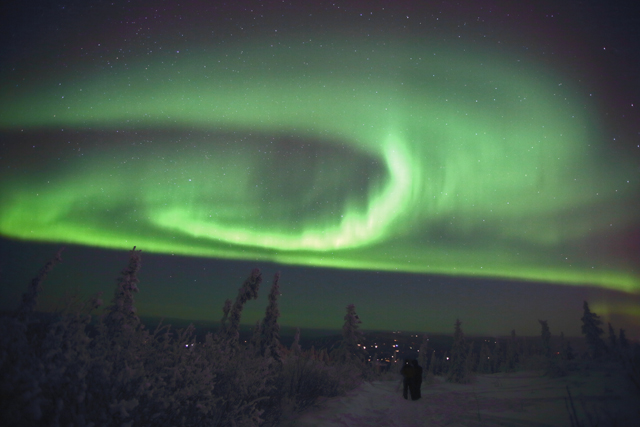 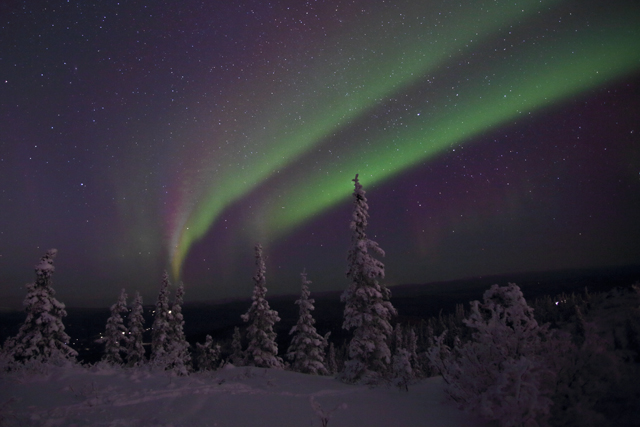 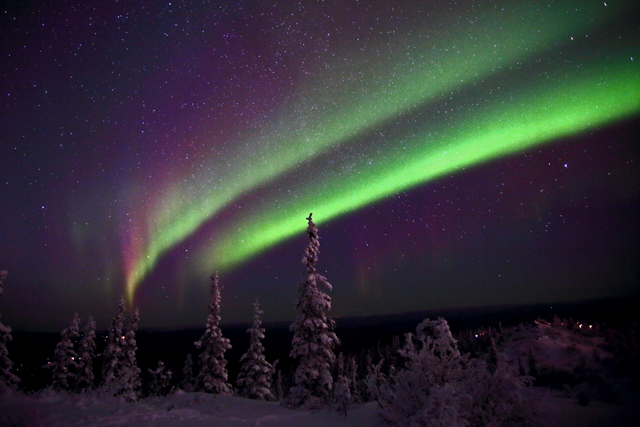 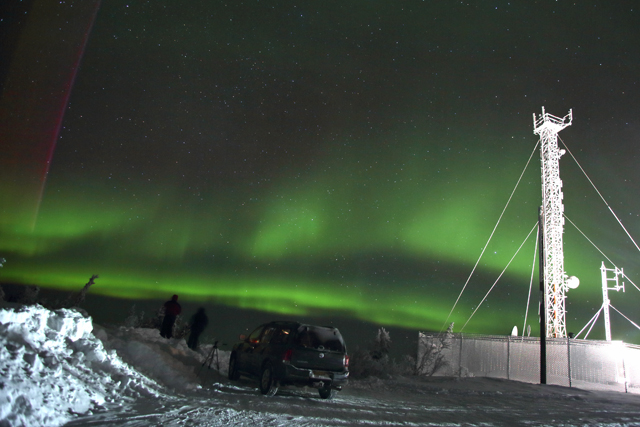 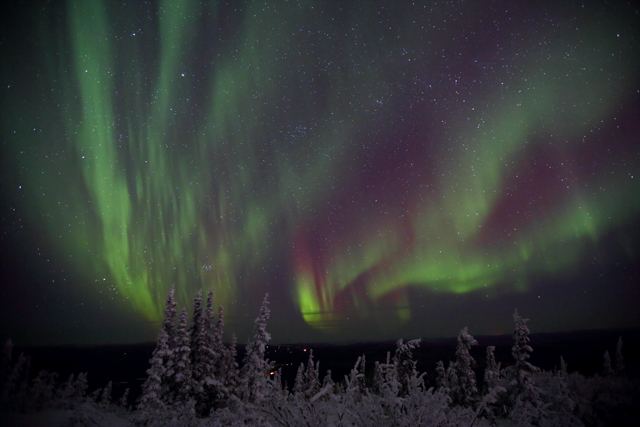 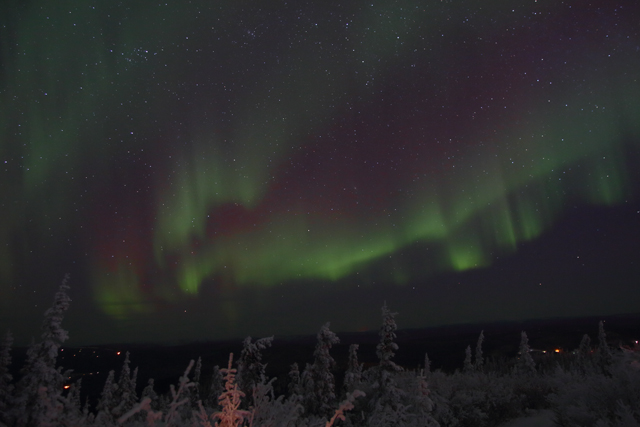 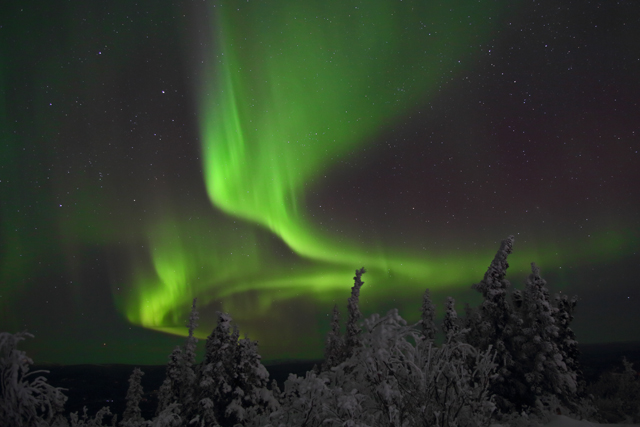 And finally, two photos, the first from “Old Murphy Dome Road” and the second from “Wickersham Dome Road” on the periphery of Fairbanks. 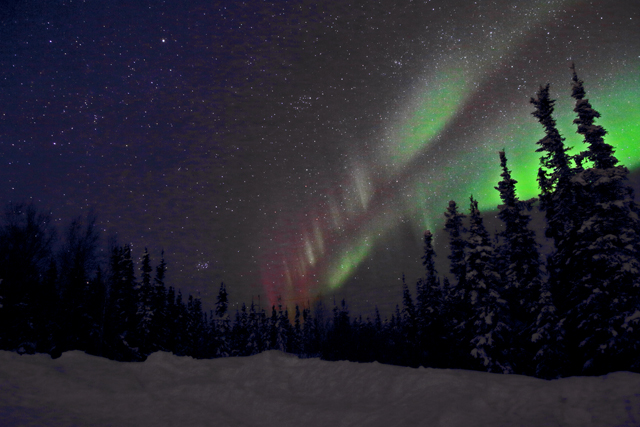 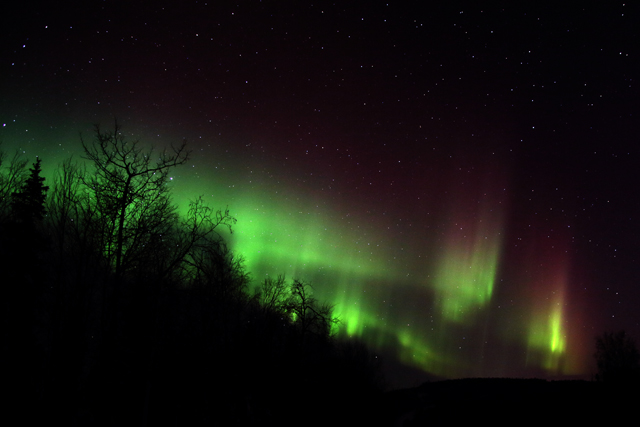 We of course thank Poggensee for sharing his photo work, not only from this adventure but from so many others over the years.