DES MOINES, Iowa, Sept. 13, 2022 — I’ve been thinking about how I used to spend Sundays with my family and even more about the Stanley Union Church where I grew up.  It was a non-denominational country church in rural northeast Iowa, though it was in the town of Stanley, pop. 81.  I was confirmed as a member in that church, and then as an adult, transferred my membership to Plymouth Congregational United Church of Christ in Des Moines where I now live. 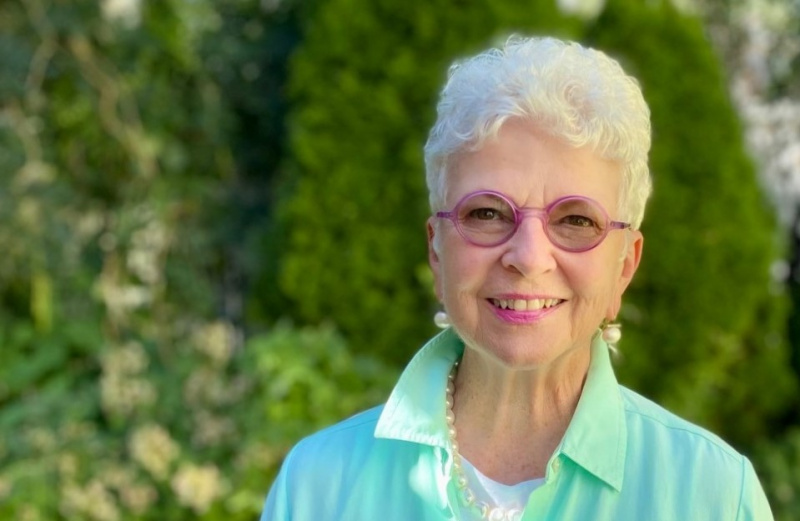 At Stanley Union, we had an arrangement with the University of Dubuque Theological Seminary, affiliated with the Presbyterian Church, that provided us with our ministers — students working on their master of divinity degrees.  I remember my mother telling me that she did not mind having those student ministers, especially the ones who had raised a “bit of hell” in their lives, because they could relate to the folks in the pews!  I’ve never forgotten that wise perspective.

I’m also remembering the story about a question I asked that didn’t get answered at Sunday School.  That story got told and retold lots of times because of its content.  More about it after some more reminiscing.

On Sundays at the Riche farm, the routine did not vary.  My mom Verda, my dad Frank, my younger sister Bette, and I all got dressed up in our Sunday church outfits. We drove the short distance on unpaved roads to spend most of the morning at the Stanley Union for church and Sunday School.

I don’t remember what I wore though I know my sister and I were always dressed in our finest.  I do remember my parents getting dressed up and looking mighty fine.  My mother wearing her Sunday dress, one of two and always with a scarf, and my dad wearing his Sunday suit.

They were both hard working farmers and preferred wearing their work clothes.  Most days, Dad wore jeans or everyday coveralls, with the slide flap often flapping, and cotton or flannel western-style shirts.  Mother was always outdoors, which she preferred to indoor work, and more comfortable wearing and working in her jeans.  She was wearing jeans as a young woman, years before they were pricey, fashionable and considered acceptable all the time and everywhere, for women of all ages, as they are now.

I was in church and Sunday School every week because that’s what was expected in the Riche household, though weather occasionally gave Dad an acceptable reason to be in the fields instead of in church. There were no exceptions for Mom, Bette and me. 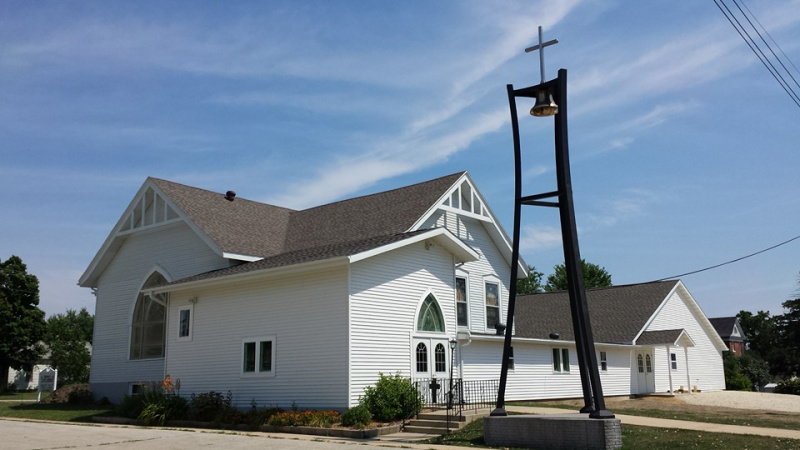 The Stanley Union Church today.  (Photo from the church’s Facebook page and used here with their permission.)

Regrettably, I can’t remember if we went to Sunday School before, after or during the worship service.  I do remember it was held in the church basement where church women were our teachers, and I vividly remember my badge/pin with the ribbons for years of perfect attendance, which almost touched the waistband of my Sunday dress.

I became one of the church pianists at an early age, probably when I was 10 or possibly earlier.   I remember loving those times.  Interestingly, I don’t remember being nervous playing in church, though I can’t imagine I wasn’t.  However, this was an audience of friends, many our farm neighbors, so it was a crowd that might have been more sensitive to my young age than to my skills.

Sometimes Bette and I sang duets in church, because music was a big part of how we spent our sparse leisure time on the farm.  Dad had a soft singing voice, and the man could carry a tune, even if he didn’t join the Riche women who were often singing at the piano.  He loved the Lawrence Welk show, the Lennon sisters, and JoAnn Castle, the honky-tonk piano player.  I loved making him smile when I played “Near You,” a song first made popular by George Jones and Tammy Wynette, two of his favorite country singers, and then by Roger Williams, one of my early favorite pianists.

My mother sang often, in a soprano voice, on pitch most of the time, but when she wasn’t, she made up for it with enthusiasm.  She warbled loudly through every hymn at church.   Her favorite was “Old Rugged Cross,” and I still tear up when I hear that hymn and think of her and that voice.  And one of my favorite hymns is “In the Garden,” because it reminds me of her and her garden.  I’m guessing I also warble now when I sing it because I’m usually close to tears.

After church at noon, Mother always made the same Sunday dinner of fried chicken, mashed potatoes and gravy, maybe green beans, and dessert.   Only after I went to college did I begin to call the evening meal “dinner” and the noon-time meal “lunch.”

Bette and I took turns every other Sunday sharing the chicken heart and gizzard because we both considered them the best parts of the chicken!  That’s probably where I first remember learning the importance of sharing, though I do recall times when Mother had to referee when we lost track of whose turn was up next.

I’ve not eaten a chicken heart or gizzard since I left home, and I honestly don’t remember how we came to think of those parts as delicacies. 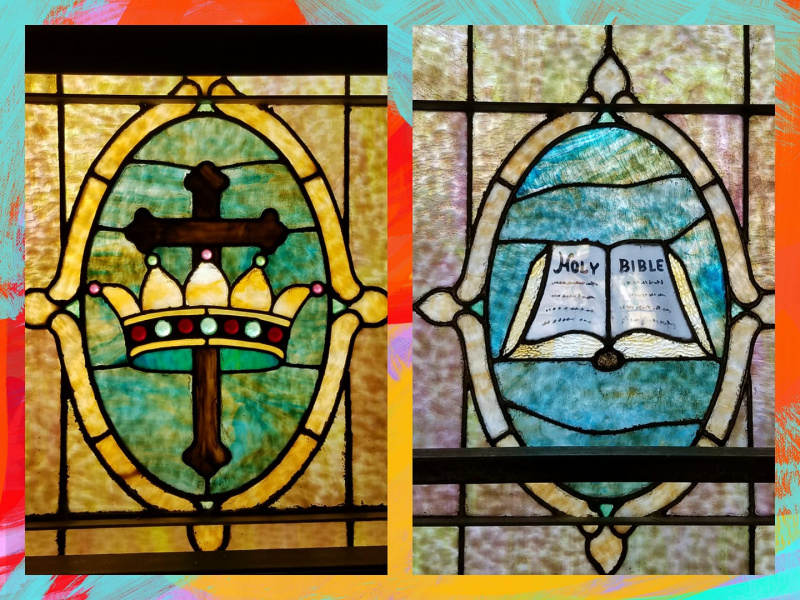 Here’s the story about the question that didn’t get answered in Sunday School.

It involved 6- or 7-year-old me, my Sunday School teacher whose name I’m embarrassed to admit I don’t recall, and Flossie Maley – our neighbor, close family friend and wise about teachings of the Bible.  She and my mother had read their Bibles several times; in fact, my mother’s Bible was marked up with her favorite passages and notes, and they were both adept at reciting verses of scripture.

I chuckle as I think about that question today, as an adult, and I understand the implication.  I can assure you of my innocence, that I had no real clue about what I was asking, or why the Sunday School teacher might have been embarrassed or alarmed.  However, I must have been convincing, because here’s what happened next, as my mother told me later in life.

The teacher said it was such a good question that she couldn’t answer it; that I needed to ask my mother for the answer – after church. Which was O.K. by me since my mother had been a teacher before she married my dad.  I knew she was smart, so I’m sure I was fine being told to ask my mother.

I dutifully asked her, and as she recalled later, her response was similar to that of the Sunday School teacher.

Mother said she was both surprised and shocked to hear my question, yet a bit “tickled” by the idea that my curiosity knew no bounds.  Evidently, she had been living with my curiosity and questions at home, and this was just one more.

However, she was also personally embarrassed because sex was not something she was comfortable discussing with adults and certainly not with her 6- or 7-year-old daughter.

So, Mother didn’t answer either.

She took me to see Flossie Maley, her older and wiser friend, to ask my question.

Who knows how long these adults were fretting about my question, because I’m pretty sure I had moved onto other important thoughts like, how can I convince my parents to buy me a pony?  I really wanted a pony, and it would be another two years before Danny Boy, an older Shetland pony, came to live with the Riches.

And guess what Flossie told me? 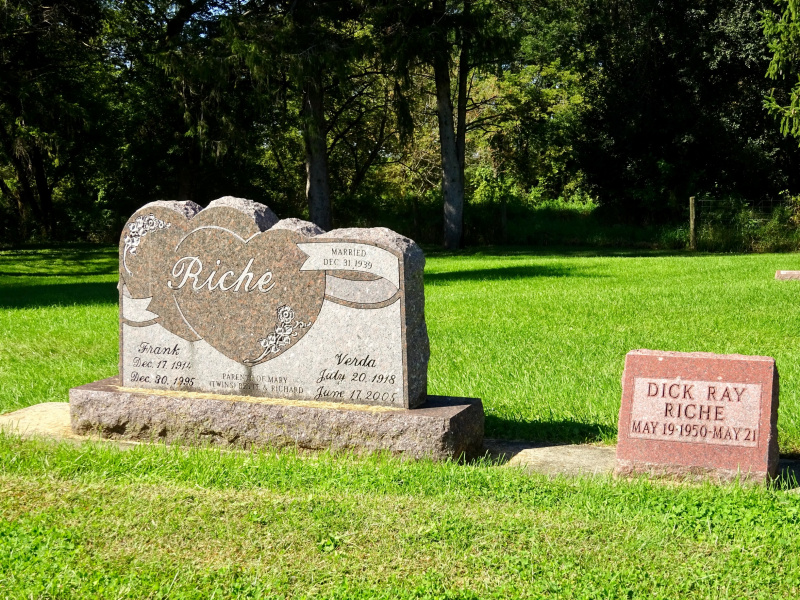 Mother hadn’t scolded me about asking the question.  Flossie didn’t scold me, either, or speak with a harsh tone.

They both encouraged me, and perhaps that was a faint beginning to my interest in journalism that led to my undergraduate studies and college degree in that field.

However, as I think about this story today and remember it with such fondness, I also realize my original question remains unanswered.  I think I’ll schedule a meeting with one of my pastors at Plymouth Church.

Maybe I’ll finally get an answer!