As people transition through young adulthood, middle age and wind up as senior citizens, there is inkling that we are not the first to go through this process! When our grandparents brought up the topic — which was constantly – us young ’uns rolled our eyes. Gramps would lead with the guy in the hospital or his buddy that just passed away. It all seemed, well, so old.

For those of us lucky enough to talk about getting old (some of our peers weren’t as fortunate), ailments came about gradually. One day we could run five miles for cardio exercise, the next day a cardiologist was telling us about a dilated aorta. One day we were leading a meeting at the office, the next we were trying to remember the neighbor’s wife’s name. We went from playing handball to needing help dealing the poker cards because our thumb joints ache.  Once we knew all the television celebrities; now we can’t tell the stars from the contestants.  Who are these people and who says they are celebrities? 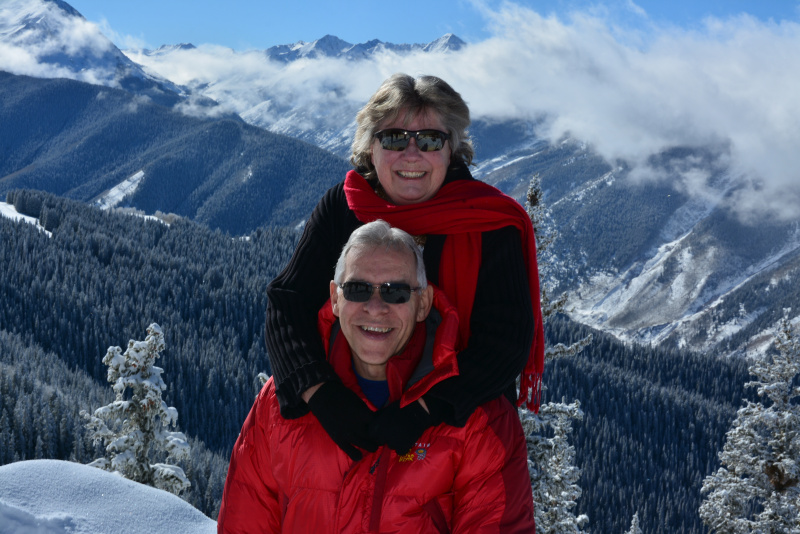 Rod and Phyllis Williamson, native Iowans who’ve long lived in Tennessee, have enjoyed some of the rites of being old(er), like visiting Aspen, Colorado, in 2018.

Alas, Father Time eventually catches up to us Baby Boomers. I’ve always read the obituaries, especially when they are written as mini biographies.  You note how old the deceased was, how they died and study the photograph.  Once upon a time those birthdays seemed distant; they were born in 1920 or 1930. Old fogies. It strikes closer to home when the deceased was born in 1947 or scarier, 1957.  Yikes!  Of course, dwelling on age is self-fulfilling. The most happy amongst us don’t think that way.

I have tried to follow the mantra that it’s better to wear out than rust out. I’ve always exercised and it was relatively easy to do with a gymnasium and workout center handy at my office.  I wasn’t a gifted runner but I was committed, and in my prime I’d jog/run three or four miles a day. Then running jarred my joints and I became a walker — 10,000 steps or more a day religiously for years that amounted to just shy of five daily miles. My Fitbit says I’ve walked around the world, maybe more if you count trips to the refrigerator.

For a while I lifted light weights for muscle toning but that cardiologist I mentioned told me to stop lifting anything repetitively over 50 pounds.  I practiced yoga for a few years, hoping to get mind and body in a mellow tandem. That annoying Greek guy, Arthritis, messed that up. Darn Father Time. 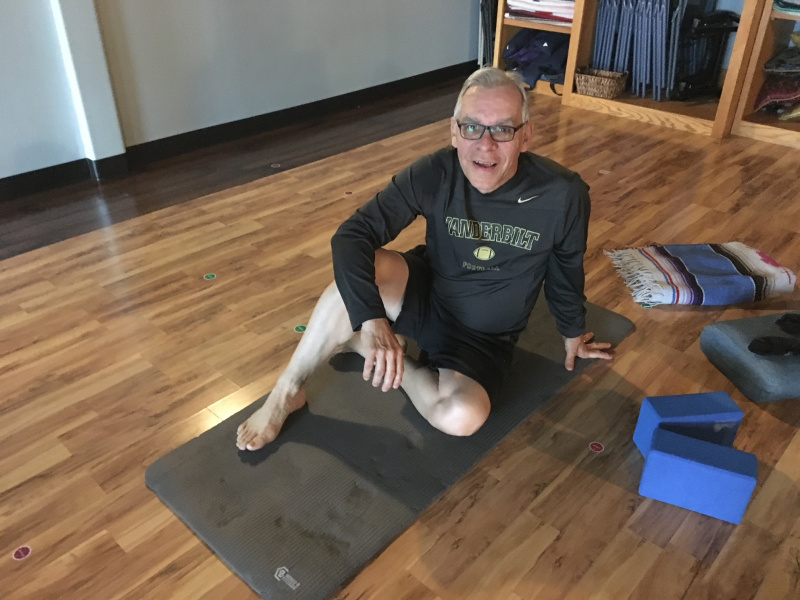 You get other hints that you are no longer the cool hipster. Technology can bring Boomers to our knees. Back in the day, if you could type you were pretty techie. And then came the computer age (could it possibly have been 30 years ago?) and not long after, a dizzying array of software apps designed to do anything and everything a human being could dream of doing. I thought Duck Duck Go was a child’s game.

Some Boomers kept pace and I hung in there (kinda) while I was employed. But as technology advanced and I retired — wow! On many levels I feel lost, and with that, old.  I hate that feeling!  I don’t want to be the codger drooling in the back seat of the car.

But aging isn’t all downhill – a complete bummer. There are priceless rewards.  Keeping up with “old” friends is certainly one. An old friend is tremendously valuable because any new friend you make can never be an old friend — you don’t have that much time left to know a newcomer for 50 years.

Old pals are special, in part because they know us the way you know where to kick your aging lawnmower to get it started. We compare our ideas along with our ailments and share experiences and fears that we’d never mention to anyone else.

For the luckiest among us, the greatest thing about growing old(er) is watching with pride and fascination as your own kids navigate their way through their own families and lives.  My kids are both better parents than I was and I don’t think that’s modesty. They seem better at it than I remember I was.

And then there is the biggest reward — the grandkids!  Maybe it’s a sign that I don’t have enough going in my own life that I spend so much time watching, helping and thinking about my seven grandkids.  And I need to  acknowledge just get how lucky I am to be close enough to watch them grow. 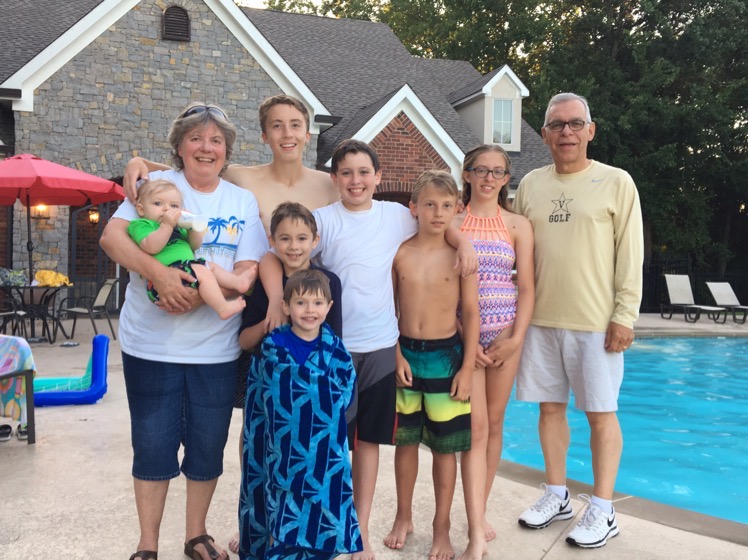 The Williamsons and the seven grandkids, poolside.

My daughter and her husband have three children ranging from a college freshman to a seventh grader. My son and his wife in their late 30s adopted three boys that were going to be separated from each other and for good measure, were pleasantly surprised when they added their own boy to make it a foursome.

Both families live within 15 minutes of our house so we are absolutely blessed to participate in special events, birthdays, ball games and various errands on a frequent basis. We won the lottery!  There is something therapeutic about teaching your grandkid how to throw a baseball, use the bank board or catch a fish in the pond.

Yes, it’s a bit scary watching the gray take over. I see a battery of doctors watching nearly every part of my shrinking body – and I’m considered healthy!  I can’t hear beans in a crowded restaurant.  I flunked the latest pop culture quiz. Then I realize everyone has their challenges, some just ignore the warning lights better than others.

It really helps to be a life-longer learner.  This is a mindset that a good public school teacher instilled in you without you knowing it on one of those days when you were day-dreaming about the blonde sitting in the next row. Life-long learners know it takes effort to stay on top of current events, trends, exercise. Life-long learners know that change is the only constant. 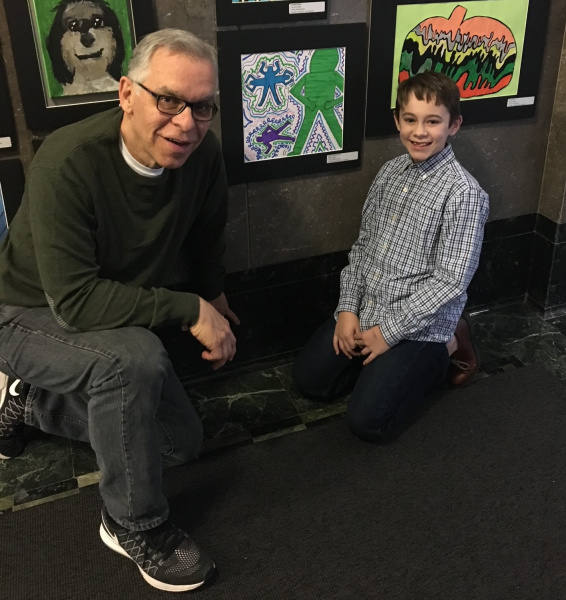 Life-long learners know the old cliché is true: You are only as old as you think you are. There are 50 year olds that think they are 80 and there are 80 year olds that look and act like they are 50. Modern medicine is helping many of us live longer, better lives. On most days, I strive to be young at heart and youngish of mind. Some days I do better at that than others. And I am often reminded of what my wise father-in-law Frank used to say: Getting old beats the alternative!

Iowa native Rod Williamson, the author of this column, retired in the fall of 2016 as director of athletics communications at Vanderbilt University in Nashville, Tenn., after working nearly 34 years there. That is the alma mater of Chuck Offenburger. The two met and have become friends over the years because of their mutual roots in Iowa. Williamson, who grew up in Parkersburg, Iowa, graduated from Iowa State University, then went to work in sports information, first at the University of Northern Iowa, then at ISU, then at Vandy. “My writing muscle has atrophied (after retirement),” Rod says. But he got back into it recently by “writing a series of memories that will get bound into a book.  Easy, fun, and it got me back at the keyboard.  This column was a chapter that I re-wrote for a general audience. The ‘book’ is eventually for family.” He and his wife Phyllis, a native of Algona, now live in the tiny Tennessee town of Arrington, 25 miles southeast of Nashville. You can reach him by email at rodwilliamson72@gmail.com, or you can comment on his column by using the handy form below here. 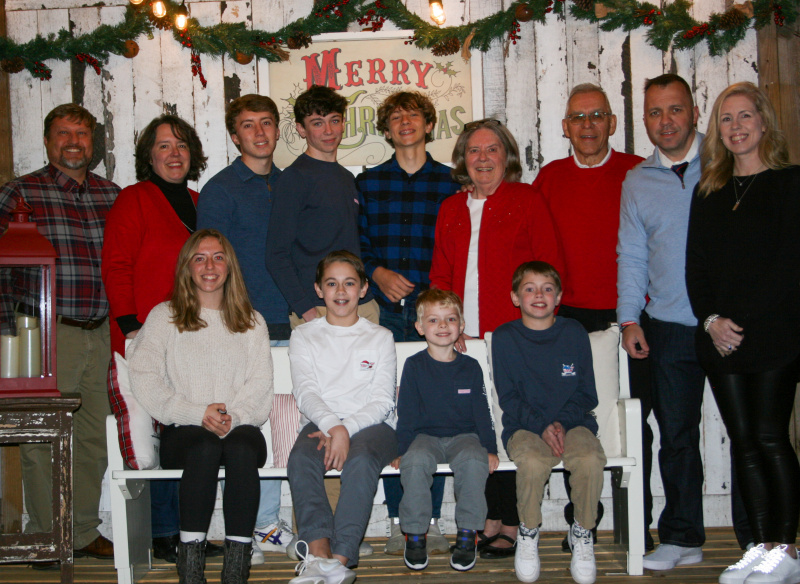