JEFFERSON, Iowa, April 19, 2022 — The Greene County Development Corporation – the economic development agency working for the whole county – will be hosting town hall meetings over the next couple of weeks to introduce its diversity project.  The sessions, being held all around the county, are free and the public is encouraged to attend with questions and ideas for the project.

The project, launched late last fall, seeks to grow Greene County’s workforce and population by recruiting and welcoming newcomers and their families to become permanent residents here. It specifically is recruiting Latino workers, who are part of the fastest growing population group in Iowa and the nation.

Sid Jones, the CEO of Home State Bank and the president of GCDC, and the agency’s executive director Ken Paxton announced the project in November.  They introduced Carlos Arguello, as the multi-cultural consultant who has been hired to lead the recruiting effort. 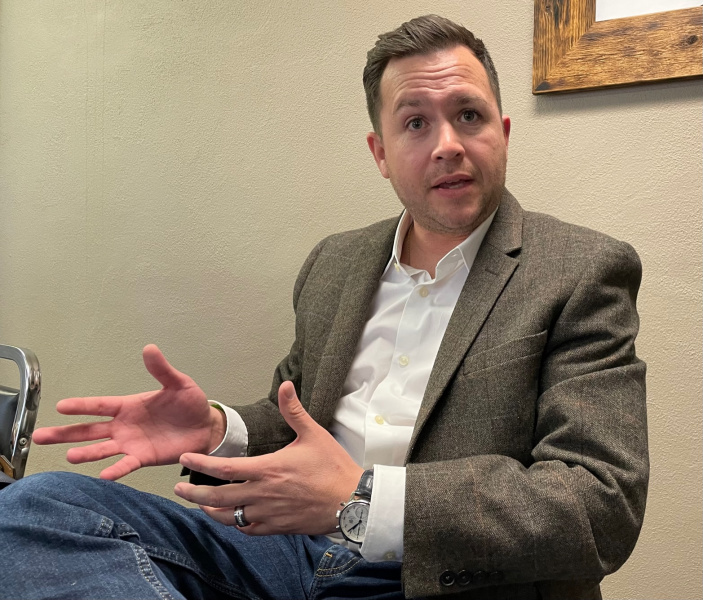 Arguello, a native of Nicaragua who grew up in California and ultimately in nearby Carroll, graduated in business from the University of Northern Iowa, then worked 13 years internationally for John Deere in marketing and product development.  He is now heading his own business, Latino IQ, in doing multi-cultural consulting and advocacy for businesses, political campaigns, communities and now one whole county.

Chuck Offenburger, of rural Cooper, is volunteering as chairperson of the project’s steering committee, which is meeting monthly and is presenting the project to all the county’s residents.

Arguello will lead the town hall meetings, with input from Latinos who are already Greene County residents and employees, and other local leaders.  The emphasis will be on explanations, answering questions and accepting new ideas from those attending.

Here’s the schedule for the meetings:

“I hope the town hall meetings begin to bring an awareness to Greene County of not only the immediate need for employees, but also an awareness of a longer-term challenge of replacing many of our middle-aged workers,” said Sid Jones. “If we are not proactive and successful, over time, in keeping students we already have and welcoming a more diverse and younger population to our county, our major employers will be forced to look elsewhere for expansion and our county population will continue to shrink.”

Ken Paxton, GCDC’s executive director, noted that “this diversity project offers us the best opportunity to not only keep our major employers from leaving the county, but also gives them the opportunity to grow their business and the community in total.  Does anyone notice that in the last 10 years we have added a major casino, a new high school, new junior college-affiliated career academy, multiple new businesses like Hy-Vee, Bauer Built, Heartland Bank, The Forge? We are filling our downtown square in Jefferson with new businesses, have provided high speed connectivity to the entire county, greatly expanded our regional hospital and day care facilities, added several new apartment projects.  And yet, we still lost population!”

The big answer to most local challenges, Paxton said, is more people.

Questions?  Ideas for us?  Email them to chuck@offenburger.com or include them in the handy form below. Make sure you leave your own email address where directed, and also tell us what your town is.  Thanks!