JEFFERSON, Iowa, Aug. 11, 2015 — Never been another weekend like that around here!  The $40 million Wild Rose Casino & Resort, along with its attached neighbor $5 million Cobblestone Hotel & Suites, had grand openings Friday & Saturday, Aug. 7-8. I’ve never seen so many Greene Countians so happy all at once. 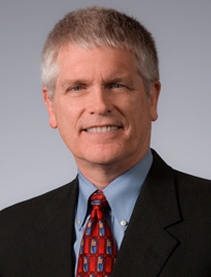 Tom Timmons (left), president of Wild Rose Entertainment, was speaking for himself at the ribbon-cutting ceremony when he said this, but he may have spoken for all of us about what this huge project has already done here: “It rejuvenated me, I’ll tell you that!”

And there’s much more to come.  “You will see an immediate and substantial effect on this community,” said Jeff Lamberti, chairperson of the Iowa Racing & Gaming Commission, who a year ago casted the deciding vote in a 3-2 commission decision to allow one more casino in the state.

What effect?  There’s the dramatic increase in the county’s tax base, a 200-person payroll expected to grow to 250 or more, a $7 million annual payroll, more than $1 million a year to be given in charitable donations to non-profit organizations here and in surrounding counties.  And what dollar figure could you even put on the fun, hope and potential that we now have in Greene County?  We haven’t grown in population in 120 years, but we now have a real chance to do so.  Yes, there will undoubtedly be some growing pains that come with that.  But here’s the thing about growing pains: They hurt so good!

Gary Kirke, the chairman & founder of Wild Rose Entertainment, spoke last at the ribbon-cutting, and said simply, “I hope we live up to your trust & faith.”  I wanted to yell, “And back atcha, Gary Kirke and Dr. Mike Richards and Tom Timmons!” 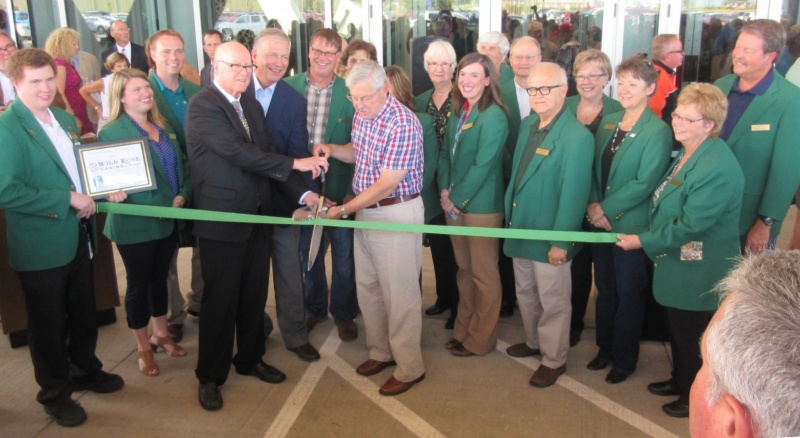 Kirke, Richards and Timmons are the senior leadership on the Wild Rose team, and they are all Iowa souls — natives of Des Moines, Osage and Prairie City.  They are deeply experienced, well-known and widely-respected in the state’s business, medical and gaming professions.  Timmons has 26 years experience in casino operations in Iowa; he has lived the history of gaming in the state and knows the system.  All the research our local leaders in Greene County did — and it was impressive — told us that if we were going to invite and recruit a casino operation to become part of our community, Wild Rose was the one we wanted.

And against all odds, we got ’em!

So last weekend, we celebrated.  We ate, we drank, we gambled, we packed the 1,000-capacity Greene Room Event Center for two concerts by the country music legend Kenny Rogers, we watched the best display of fireworks I’ve ever seen in Greene County.  We even got our photographs taken with “Las Vegas Show Girls.”

What a start!  And now we start building on it.

It’s wonderful to have a feeling that others are cheering for us in doing that.

Ed Podolak, the old football star from Atlantic in southwest Iowa and now the color commentator on broadcasts of Iowa Hawkeye football, spoke at the ribbon-cutting as a longtime friend of the Kirke family.  Podolak said he only wished Atlantic had a facility like Jefferson now does with Wild Rose.  Then he thrust his fist in the air and yelled, “Go, Greene County!” 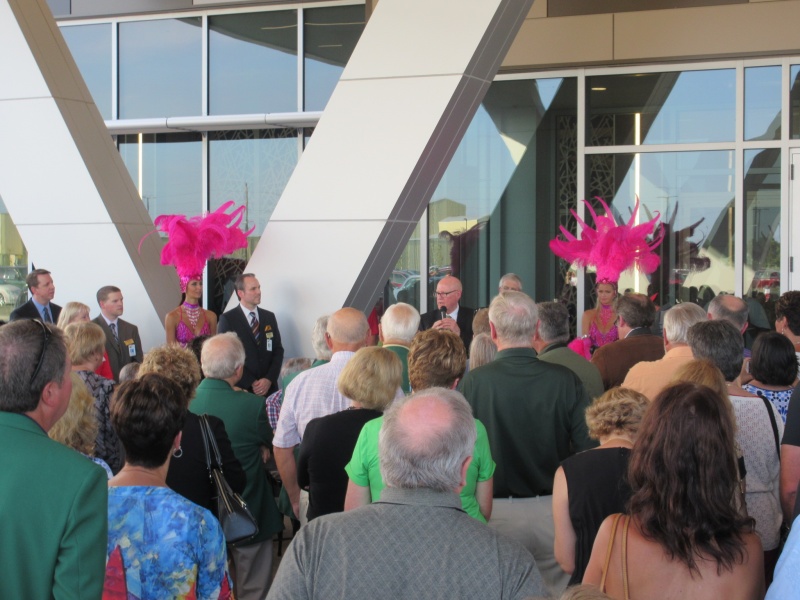 Wild Rose chairman & founder Gary Kirke speaks to the crowd at the ribbon-cutting ceremony that launched the grand opening of the new casino & resort in Jefferson on Friday evening, Aug. 7. 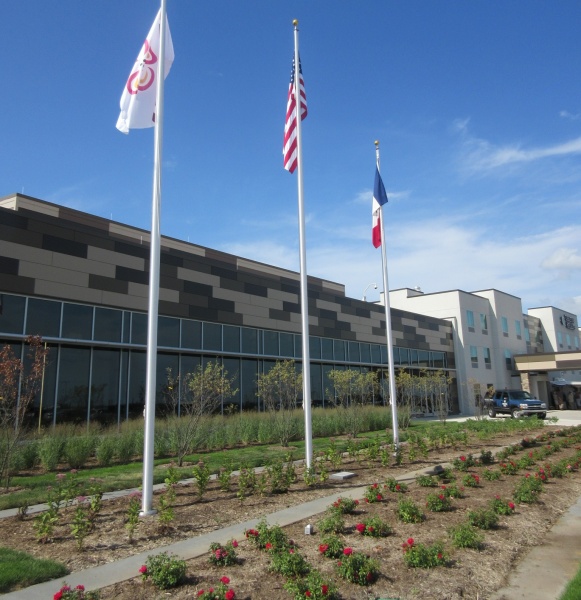 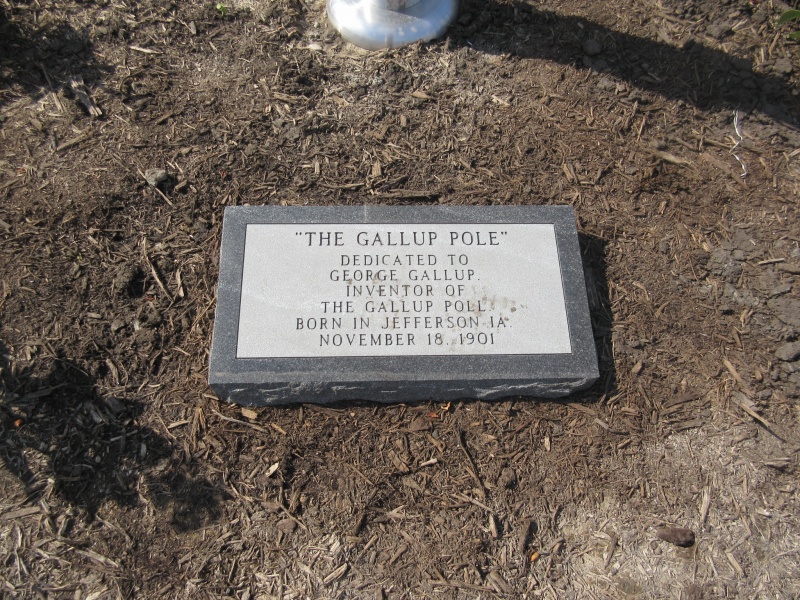 That center flag pole is dedicated in the name of Jefferson’s most famous native son, George Gallup, founder of the Gallup Poll.  So now there’s a “Gallup Pole,” too! 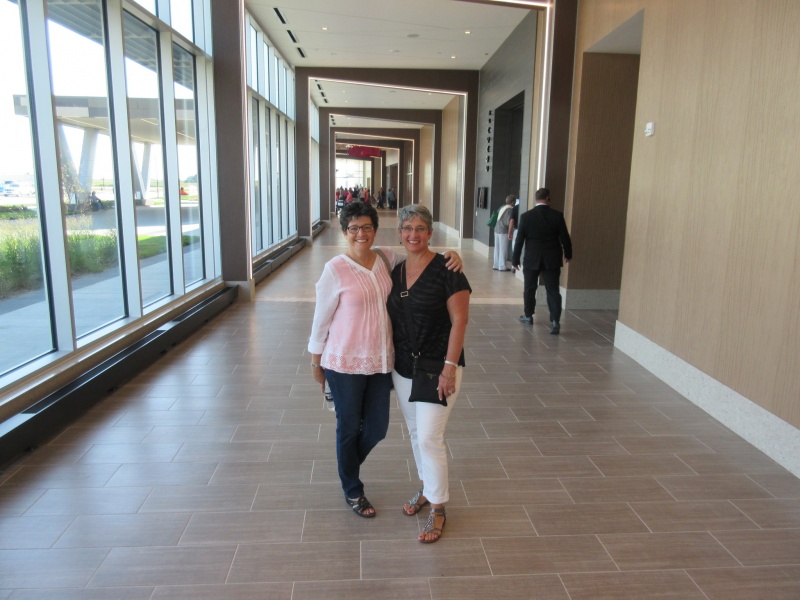 Here’s another really neat thing about the new Wild Rose Casino & Resort in Jefferson — the front hallway isn’t just called a hallway, it’s officially the “Promenade.”  We’ve always wanted to live in a community that has a “Promenade,” and now we do!  That’s Carla Offenburger and her sister Chris Woods, of Des Moines, shown Promenading, sort of. 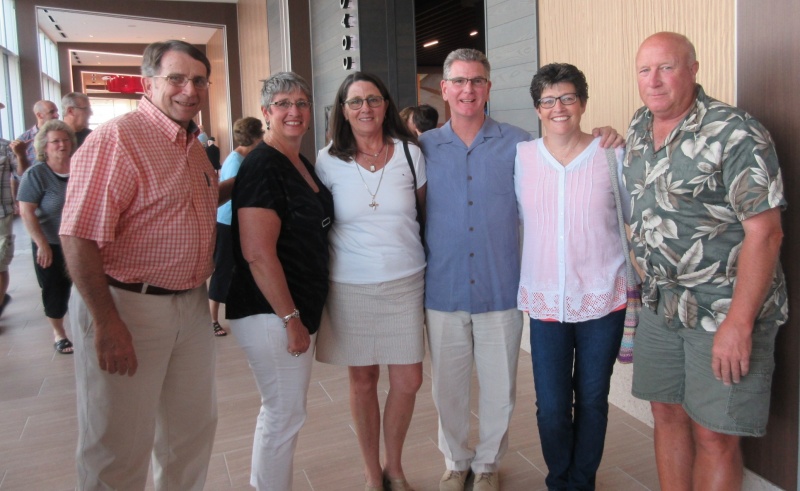 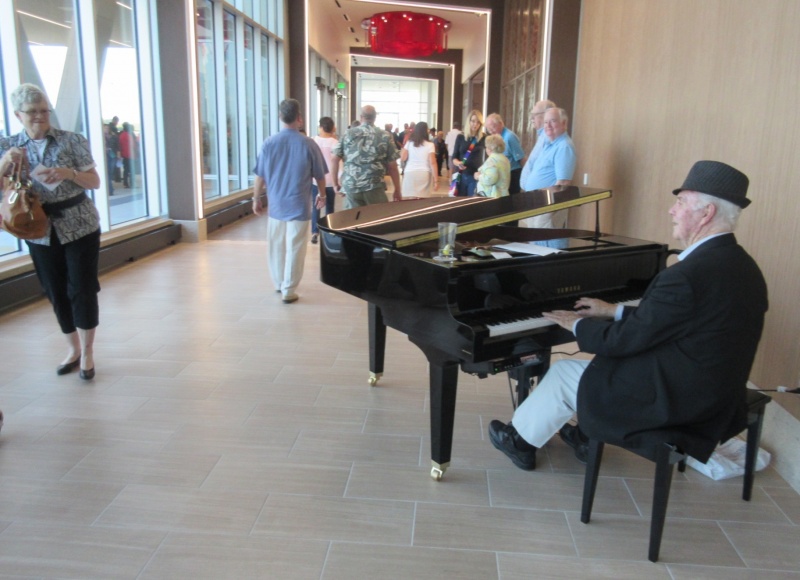 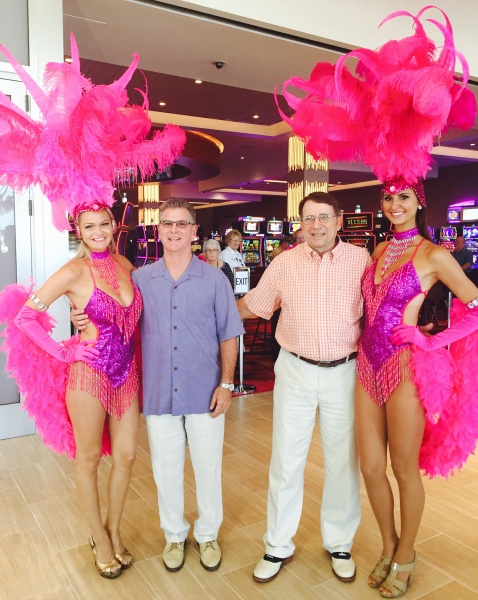 Brothers-in-law Tony Woods and Chuck Offenburger making old fools of themselves with two “Las Vegas Show Girls” who were greeting everybody arriving for the grand opening of Wild Rose Casino & Resort. (Photo by Chris Woods, Tony’s wife, who was being egged on by Carla Offenburger, Chuck’s wife) 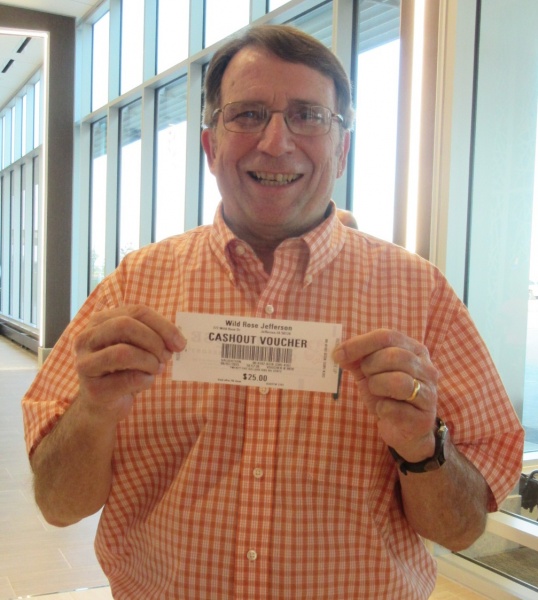 Chuck Offenburger won $25 at a slot machine without knowing what he was doing — other than pushing buttons. 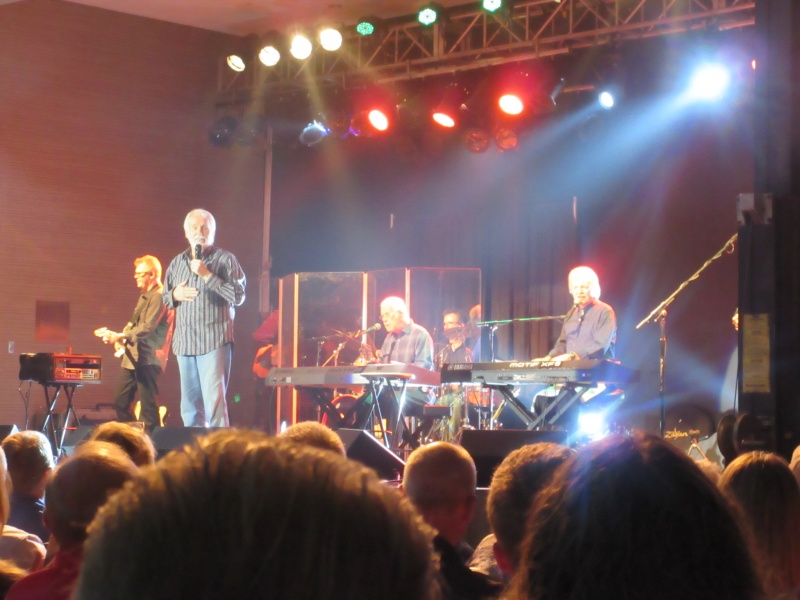 The Kenny Rogers concert was phenomenal.  A recent knee replacement surgery has really slowed down the country music superstar physically, but his voice is still tremendous.  It was, without question, the best concert we’d ever seen by a 76-year-old performer!  And Rogers was as hilarious in his banter with the crowd as he was entertaining with his ballads. Plus that back-up band was great. The one disappointment — here we were, excited for what probably will be the only time in our lives we would get to hear Kenny Rogers  in-person sing “Lucille,” and the damned crowd was singing along with him so loud we could barely hear him!