WHITE OAK, Texas, June 15, 2020 — My voice has been silent for quite some time. However, I am moved to comment on our current situation in this country we all love.

Quite frankly, I am irritated, a bit confused, very tired of corona virus lockdown, appalled and, quite honestly, a good bit frightened. 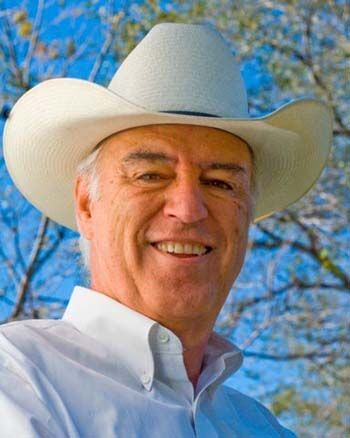 With a little classic country music playing in the background – at the moment it’s Glen Campbell singing “Wichita Lineman” – my mind is taken back to a far better time in the USA. My time travel this time took me back to the late 1940s and all the 1950s. It was a wonderful time to grow up in Iowa. It was a simpler time, not near the number of distractions we deal with today. Yes, we were poor, but so was everyone else.

Whoops, I’m starting to sound like an old man with a captive audience.

My point, it was a peaceful place with people talking to each other and settling differences through discussion and debate. Politics was a rough and tumble business, but the people did not hate each other. The two major parties worked together on ways to make the country better. They didn’t always agree, however they discussed the issue and took the best of both sides’ ideas and ended up with a final product that was usually better than either side had projected in the beginning.

Social media and cable TV were not bombarding us each day with so-called news. Journalists were reporting the news accurately and without bias. Facts were not left out of stories to create a political spin one way or the other.

People were not attacking each other on social media where they could remain anonymous and not have to take even a hint of responsibility for the mean and outrageous things they were writing. People’s reputations were not being destroyed by some unknown, less-than-human, attacker.

Lately, I have been watching TV and postings on the Internet with my brain turned off to what anyone is commentating, just studying the pictures and videos.

So, here are a few observations from this old country boy of what it looks like through these old eyes that have traveled on this rock we call Earth around the sun nearly 82 times.

–We have a nation in turmoil, plagued with a terrible virus, most likely produced and intentionally released by the Chinese. We have an uproar over the senseless killing of a black man in Minneapolis by a man, that according to his past record, should never have had a badge and a gun in the first place. Politicians seeking our country’s highest office are using the unrest for political advantage and stirring the hatred for political gain. Black Americans are releasing their frustration with the lifestyles they feel they have been forced to live by white people. Rioting and destruction is being driven by well-financed and well-organized outside interests.

–We also have good cops and military doing their best to calm things down and protect the property of innocent people. Almost as many white people as black folks are marching in peaceful and lawful protest. In some cases protestors are practicing social distancing. And protestors are speaking their piece, a right protected by our Constitution. Many signs that say “black lives matter.” Yes, they do; in fact, all lives matter. Police are holding hands with protesters and bowing with them in recognition of George Floyd. My guess is they are praying for the Floyd family, the memory of Mr. Floyd and asking God to step in and end this foolishness.

Looking back at the last two paragraphs, there seem to be more negatives than positives.

It would be easy to throw up our hands and admit defeat.

As a nation, we cannot do that. There is way too much at stake here; primarily, the future of our kids and grandkids.

It’s time for those of us, black and white, who realize there have been many injustices to get off the couch, turn off the TV and get out and make a difference. No, we are not going to riot and burn, rather we are going to join hands with each other and build a peace and confidence in the USA that has never been heard before.

We are going to get the message to our elected officials in the best way we can. We should invoke term limits by letting anyone who has been in Congress over 12 years know in uncertain terms that they are going to be defeated by someone that puts the country first and their own welfare way down the list.

Is that not what our ancestors did? They gave up personal wealth and privilege to carve a new, vibrant and free country out of the woods.

To vote out politicians that continually accuse those running against them of doing exactly what they are doing. And of course, the media feeds off this. 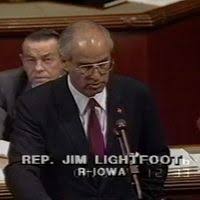 Black and white people are going to work together to change the government programs that have caused so much hardship in our black communities by keeping the black population in poverty. Some of those programs were devised by politicians, not for the purpose of helping people, but rather for the object of buying votes.

We are going to provide and require vocational education to those in our ghettos so they can work their way out of poverty with decent jobs rather than selling drugs and other illegal activities. Not with programs devised to buy votes, but with institutional change designed to lift people up, generate pride and create a good, legitimate income acquired by gainful employment in a vibrant and growing economy.

We are going to go to those in leadership positions and demand they quit the hatred and quit encouraging dissent. Yes, take it straight to them, in their faces, so there is no misunderstanding of the people’s intent.

Not if you love this country and want to save her from a government that controls everything you do, including the way you think.

I don’t care what denomination or church you may belong to, we all have to pray, and pray hard, for a peaceful resolution to the tragedy that surrounds us.. 2 Chronicles 7:14 says, “and if my people, over whom my name has been invoked, being converted, will have petitioned me and sought my face, and will have done penance for their wicked ways, then I will heed them from heaven, and I will forgive their sins, and I will heal their land.”

Don’t you believe this land is worth healing?

The author of this essay, Jim Ross Lightfoot, is a native of southwest Iowa who was a farm broadcaster on KMA radio and a business owner in Shenandoah. A Republican, he served in the U.S. House of Representatives from 1985-1997. He was defeated in runs for the U.S. Senate in 1996 and for governor of Iowa in 1998. Jim and his wife Nancy live in retirement in White Oak, Texas, about 125 miles east of Dallas. You can react to Jim’s column in the space below here, or write to him directly at jim_lightfoot@mac.com.

3 thoughts on “Jim Ross Lightfoot: “Get off the couch, turn off TV, get out & make a difference.””