COOPER, Iowa, Aug. 5, 2015 — I should be embarrassed that I haven’t written anything for our website since February. But I’m not. I certainly have plenty to say – and plenty that’s happening to write about – but the truth is that I feel like I’m writing all the time at my community relations job for Greene County Medical Center. When I come home, I want to do something else.

Honestly, the year has just flown by. I’m glad I’m having fun.   Let me replay the last six months for us – in words and photos – and you’ll understand that I haven’t been sitting idle.

First, I read the Bible this past winter – every page, every verse. It was “The Bible in 90 days” at Plymouth Congregational Church in Des Moines. I mentioned that in my February column. It kicked my butt. And I loved it. We did 12 pages a day for 90 days, with discussion every Wednesday night. A totally awesome experience. Another participant called it the “Bible fly over.” I plan on reading and studying it again and again now. 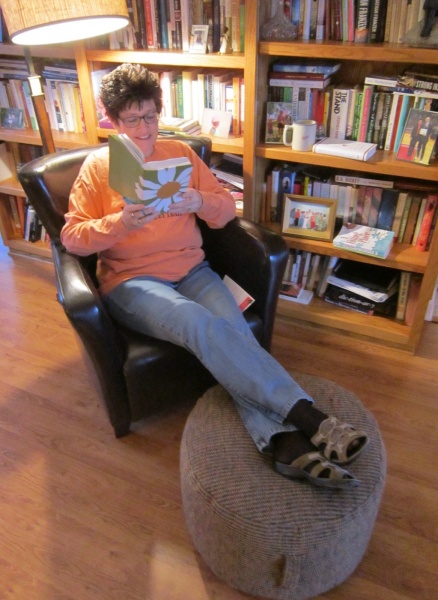 In March we headed to Dallas, Texas, to babysit our precious granddaughters Lindsay and Casey so their parents could travel to Oxford, Ohio, and look for a house to buy and check out school options for the girls. Oxford, Ohio, you ask? Andrew Offenburger has been hired as a tenure-track assistant professor of history (and starts a week from now). We couldn’t be prouder of him. And we couldn’t be more excited for the whole family. The day he was notified of his hire at Miami University of Ohio, the city of Oxford was named the “best college town in America.” Go figure. We can’t wait to visit them there soon. 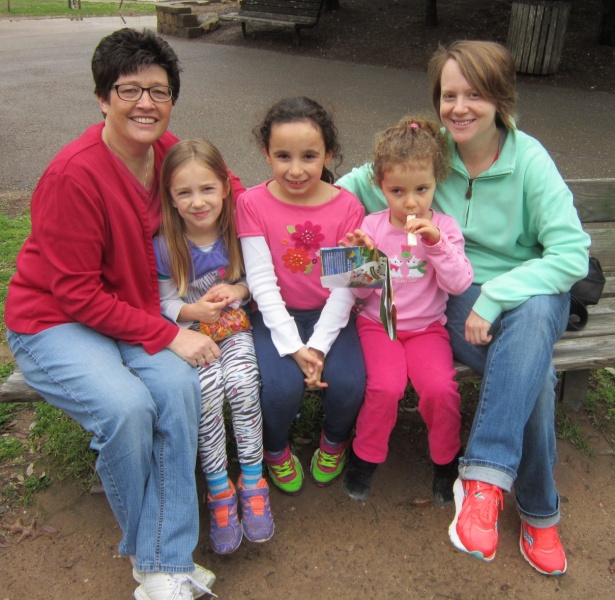 At the Waco, Texas, zoo with granddaughters Lindsay and Casey, my former Buena Vista University student Lisa Furler and her daughter Ella.

Anyway, back to March, we were in Dallas to spend a week with the girls. That’s exhausting work. Lindsay was on spring break, so we really did up Dallas – from the Perot Science Museum to the KATY Trail, which Grandpa Chuck and Lindsay used to bike into downtown Dallas! We headed south for a day at the Waco zoo and met one of my favorite Buena Vista Beavers, Lisa Furler and her daughter Ella, who drove up from their home in Austin. Later in the week, we held a family baby shower for Andrew’s wife Maria, in expectation of the arrival of granddaughter No. 3 at the end of April. 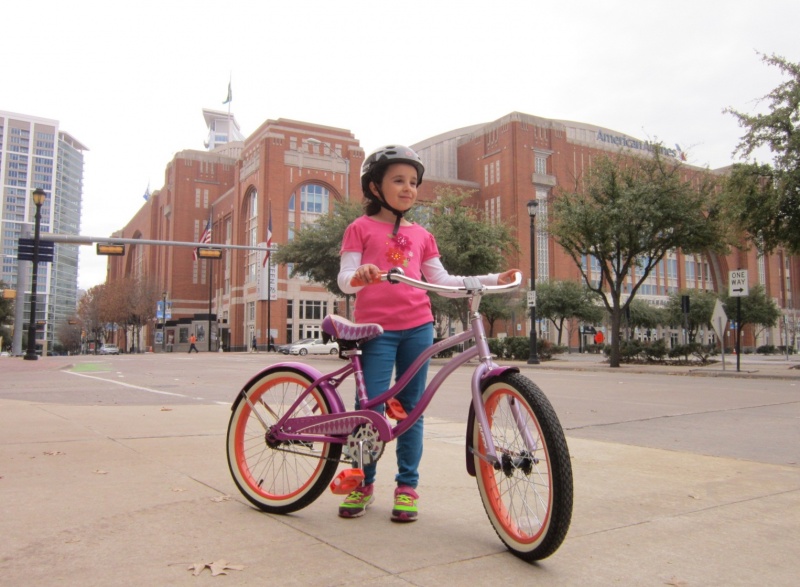 Lindsay in downtown Dallas after she and Chuck had biked there on the KATY Trail .

And before we knew it we were back in Dallas for the birth of Audrey Kay on April 26. Priceless. We spent another fun week in Dallas then, mainly staying with Lindsay and Casey while mom and dad were with Audrey at the hospital. We knew it would be our last trip to Dallas, so we finished it off with Grandpa taking the girls up to the top of Reunion Tower, with its grand overlook of the metro area. We let Daddy Andrew go, too. Maria, baby Audrey and I enjoyed a quiet cup of coffee and good conversation. 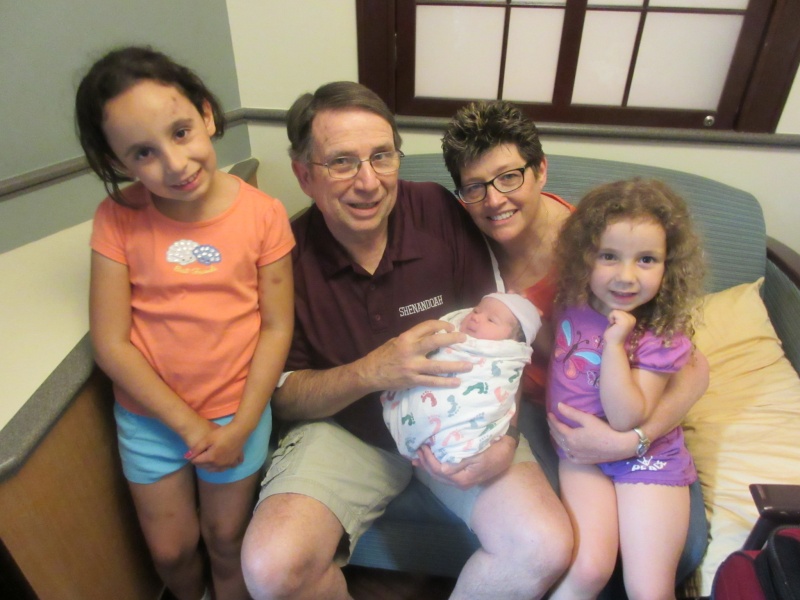 Grandparenting with granddaughters Lindsay, baby Audrey who was minutes old when this photo was taken, and Casey.

Before I knew it, gardening season was upon me back at the farm, and I was busy prepping flower beds, planting the vegetables and generally hanging out in the yard every night and weekend. Life was so good. And the reward of good prep work has been absolutely gorgeous flower beds this summer. Incredible, really. The rain has helped a lot, too. The vegetable garden is not doing so well. I totally forgot to get the beans planted, I lost several of my squash plants, the tomatoes are slow to ripen and once again I failed at growing beets. Darn it. 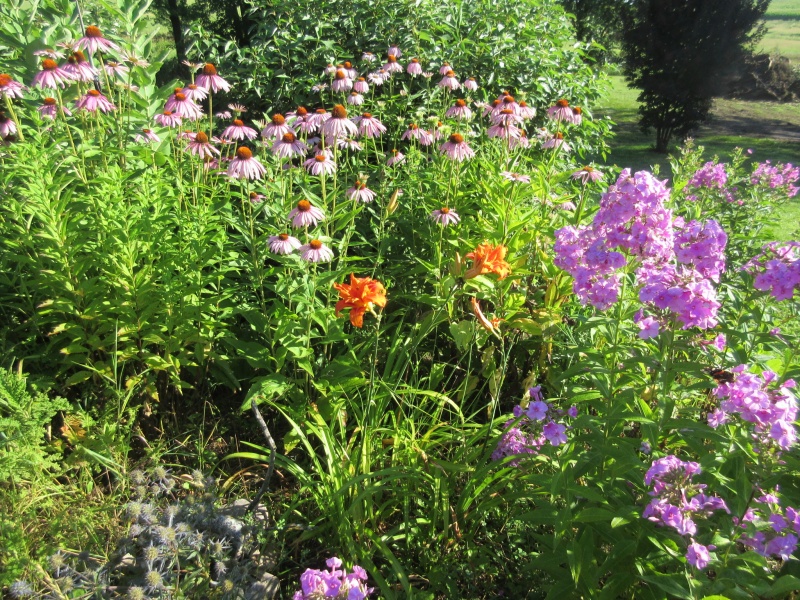 The gardens at the farm have been colorful and bountiful.

June hit us with a bonanza of baseball! Our Vanderbilt Commodores (from Chuck’s alma mater), whom we had been faithfully listening to (over the Internet) since their season started in early February, were on their way to the College World Series. We made a quick and fun trip over to Champaign-Urbana, Illinois for the NCAA Super Regionals and caught up with many of our Vandy friends, including Chuck’s old college pal, Douglas T. Bates III and his wife Molly, from Centerville, Tennessee. We had a grand three days of friends and baseball, and earned our tickets to Omaha for our second College World Series in a row. This year we were the defending champions so the bar was high.

The College World Series is not for the weak in stamina. It can break your heart, too. And it isn’t exactly a cheap adventure. We are lucky that we were within driving distance to commute back and forth for the games. When necessary Chuck’s sister Sue Polk and her husband Bud had a spare room for us at their home in Omaha. The tournament is essentially two weeks of baseball. Our Commodores lost to Virginia in the championship game, which was a bummer. But wow, were our boys good!

Right smack in the middle of the CWS, Andrew, Maria and the girls arrived for a week of Simple Serenity Farm fun – and baseball. I gave up two games and sent Andrew to Omaha with his dad, which ended up being great father-son time. And it gave me grandma time with the girls and wonderful mother-in-law time with Maria. Their visit was jammed packed with fun and included a tea luncheon at Angie’s Tea Garden in Jefferson for us girls. It was very special for me. Even baby Audrey enjoyed it and slept through the whole event, making it especially nice for Maria. 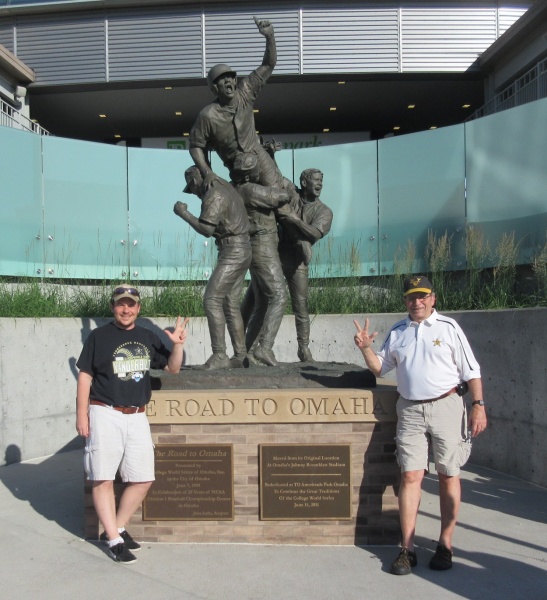 Andrew and Chuck outside TD Ameritrade Park in Omaha, where they cheered on the Vanderbilt Commodores in the College World Series. 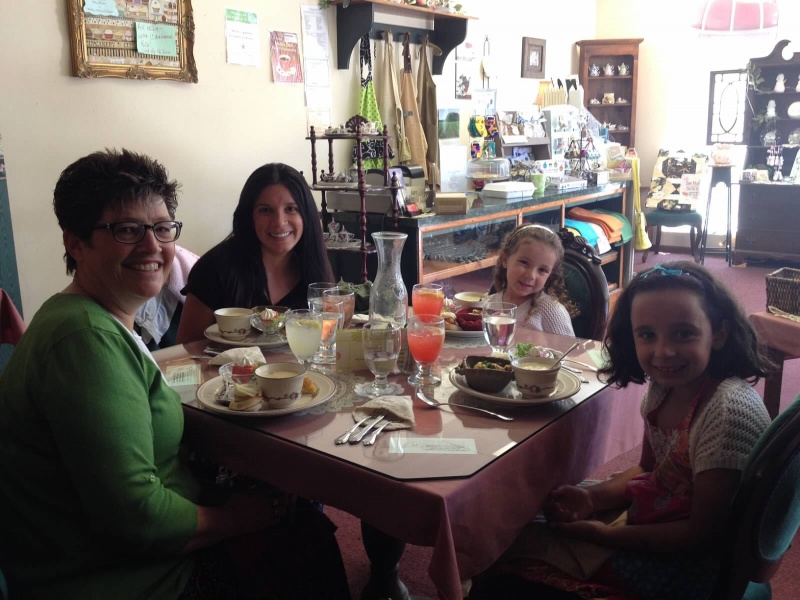 Lunch for the girls at Angie’s Tea Garden on the courthouse square in Jefferson.

Their visit to Iowa was a result of literally being “homeless” between their departure from Dallas and having a week before they got possession of their home in Oxford.   Eventually we sent them off to their new home in Oxford and started to recuperate from our whirlwind June.

July started and ended before we could grab hold of it. And now it’s August. Oh my.

We took some time recently to review the next few weeks on our calendars and it’s going to be a jam packed August – and then we will literally fall into fall.

And what have I been reading? Great stuff!

My favorites thus far? The Bible, of course. And then “The Mermaid’s Sister,” by Carrie Ann Noble; “600 Hours of Edward,” by Craig Lancaster; “Miramont’s Ghost,” by Elizabeth Hall, and “Mrs. Poe,” by Lynn Cullen. And I just finished Jane Austen’s “Pride and Prejudice” for probably the 6th or 7th time. I just can’t resist getting reacquainted with the Bennett sisters and Mr. Darcy every so often.