JEFFERSON, Iowa, Sept. 16, 2015 — What a Sunday afternoon here! The Greene County Community Players presented a “reader’s theater” performance of “A Midsummer Night’s Dream” — the first time the group has done Shakespeare in its 43-year history. And they also performed outdoors for the first time — doing the Sunday matinee at beautiful Spring Lake Park northeast of Jefferson. It was very well done, a terrific reminder of what a wit Shakespeare was — yes, sometimes even a cornball wit. The age range of the cast must have been about 50 years, and it was fun seeing the interplay between children, teens and adults. You can see some of the fun in the photos here. 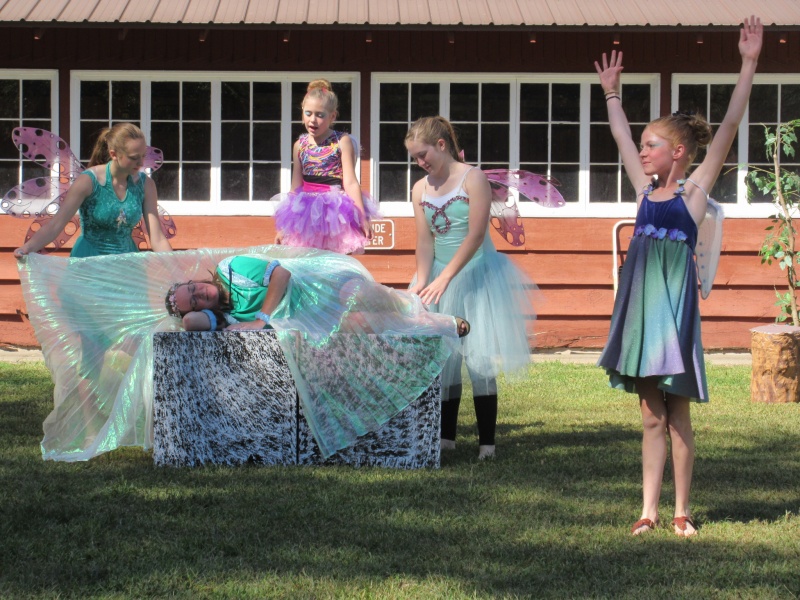 The fairies around the dreaming queen. The winged ones are, from the left, Samantha Hardaway, Ava Schilling, Claire Teusch and Eliot Schilling. The queen is Teresa Cross. The back drop for the performance was the Eastside Shelter in the Spring Lake County Park. 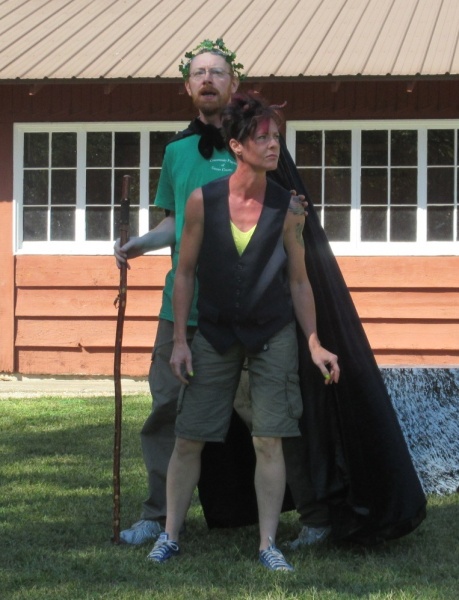 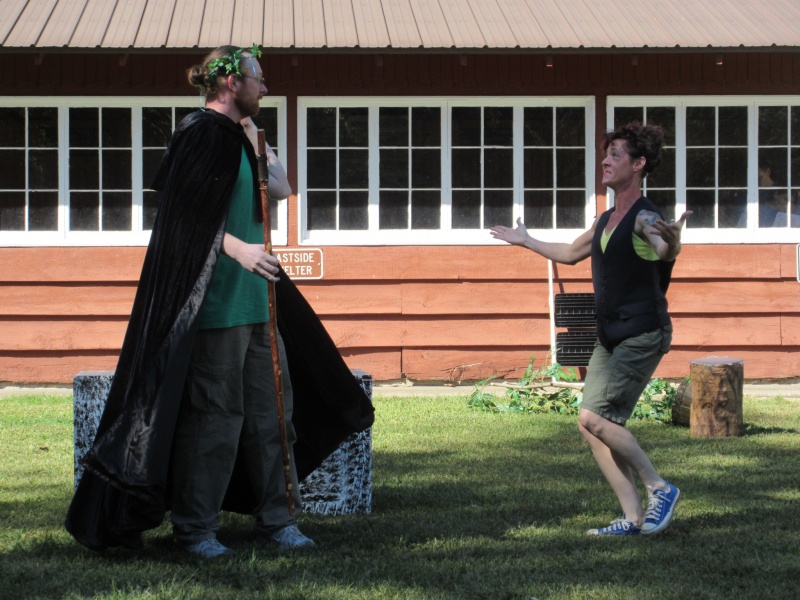 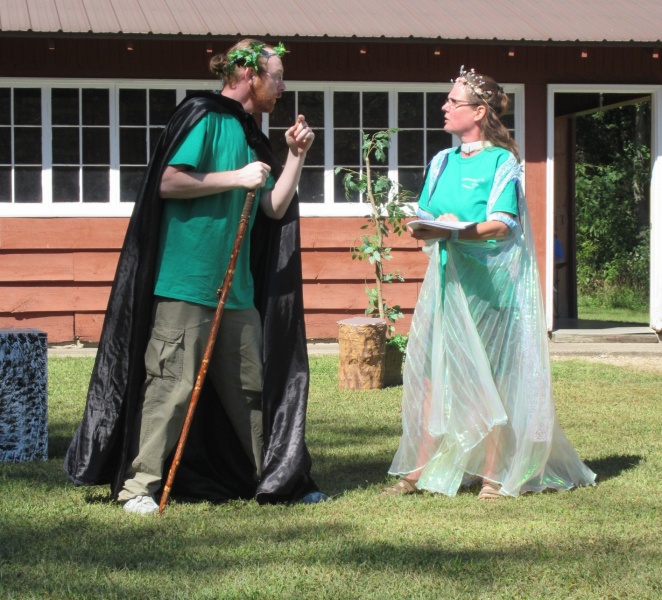 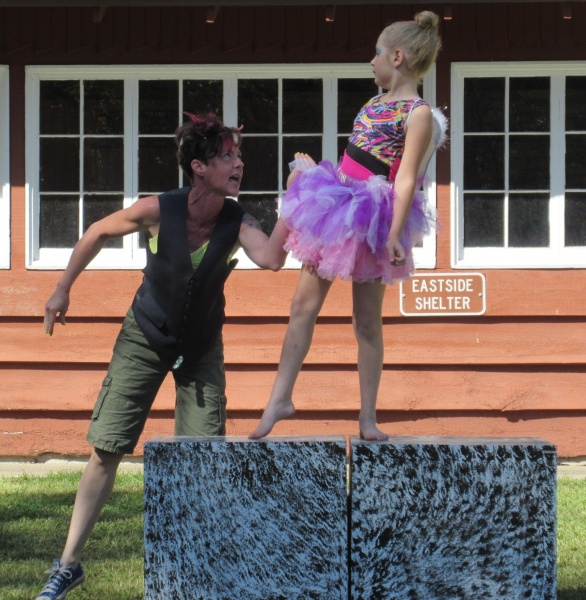 Oh mother! Nicole Friess-Schilling gives a lesson to her own daughter Ava Schilling, who was playing one of the fairies. 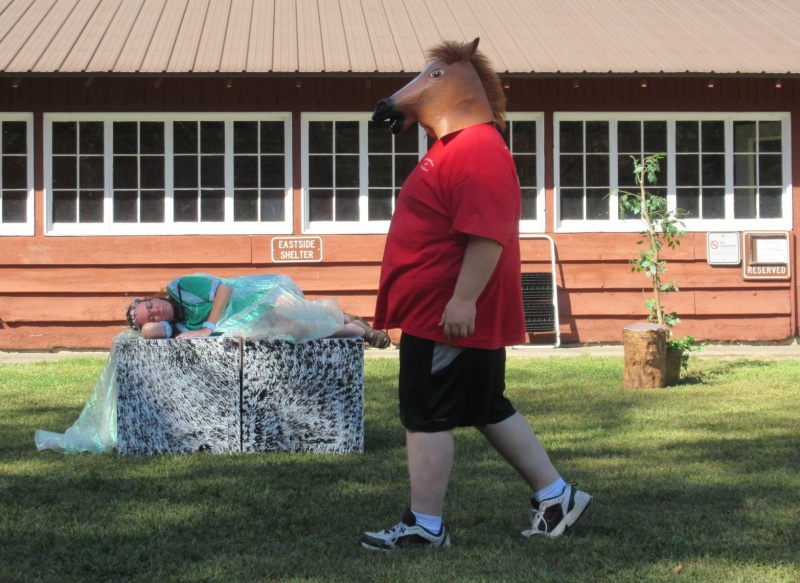 It was just a dream. Josh Tuel makes an ass of himself while Teresa Cross, playing a fairy queen, snoozes. 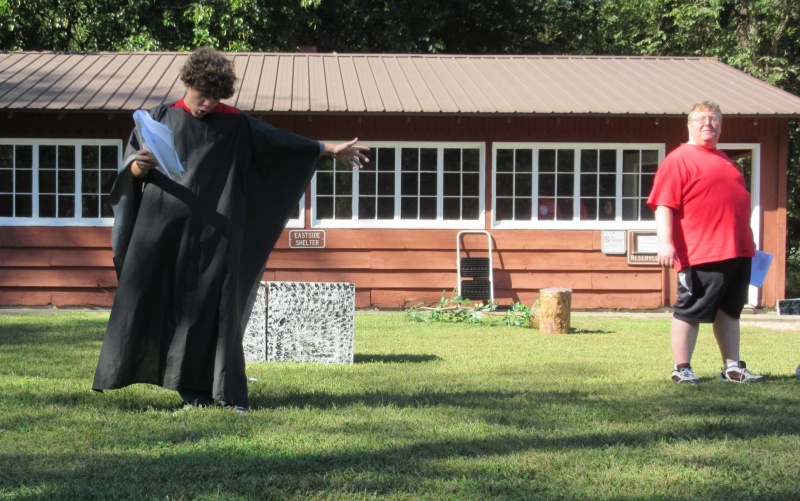 Jack Schilling, left, plays a wall, and Josh Tuel, right, is about to hit it. 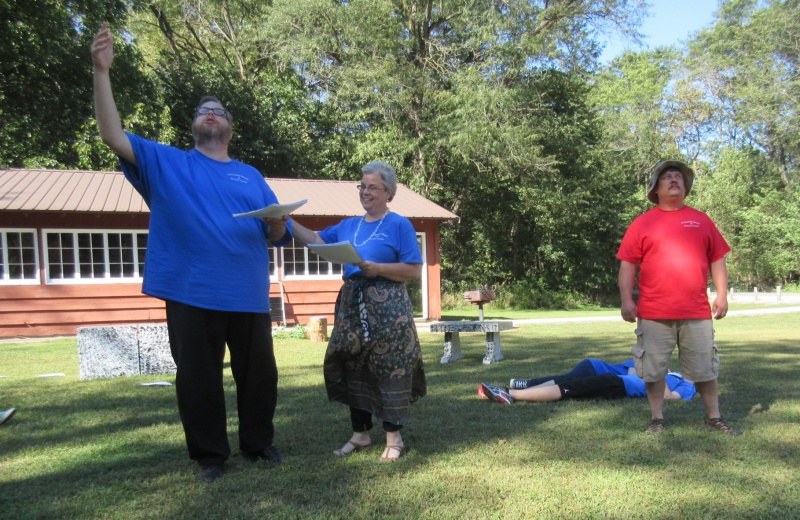 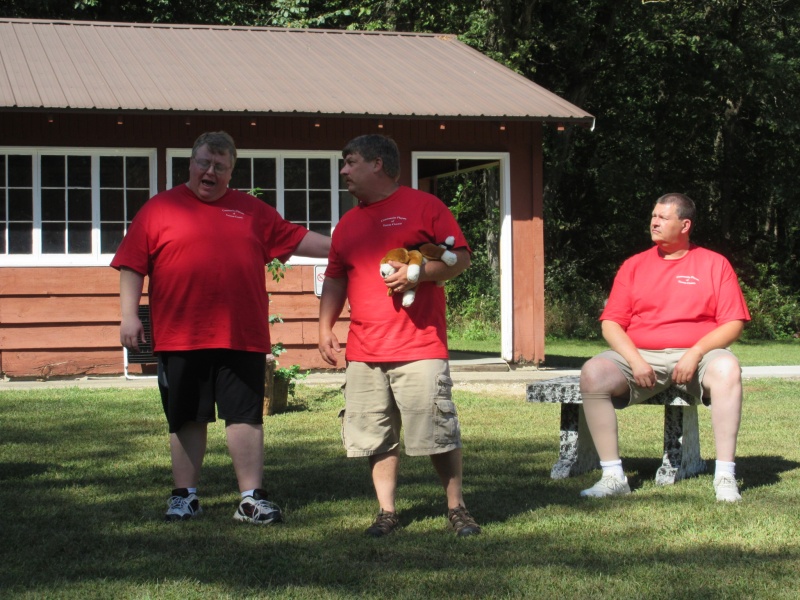 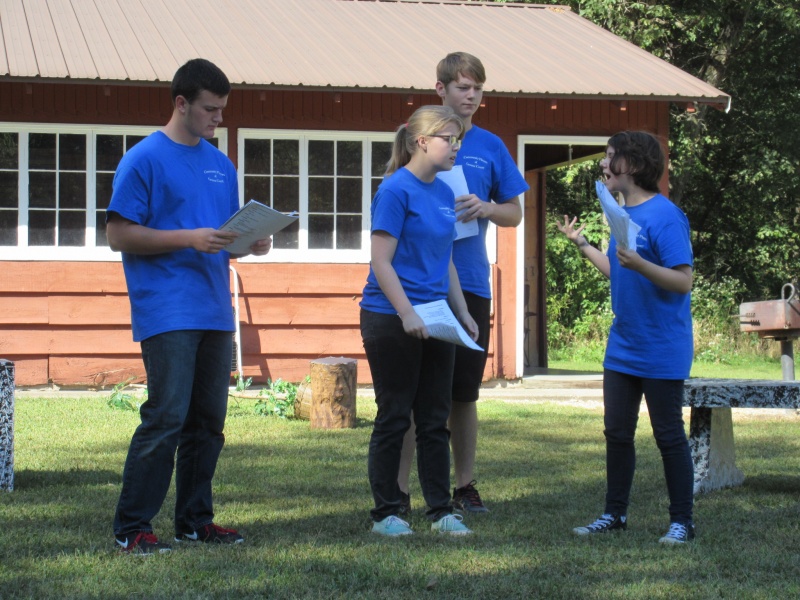 The “young lovers” trying to figure out courtship, from the left, Austin Wailes, Natasha Groves, Michael Kennedy and Danielle Johnson.