COOPER, Iowa, Sept. 16, 2015 — Last week I had to come clean and tell folks my cancer, adenoid cystic carcinoma, is back, this time in my liver. It has been a whirlwind of a week since we posted my column about it, headlined, “When cancer returns, a survivor must become a warrior, so she is armoring-up for the fight ahead.”

You can read that full column by clicking here.

Basically, I laid out the history of my cancer diagnosis and treatment five years ago, when it showed up in my jaw and throat. I lamented that I now must become a warrior again rather than remaining a survivor.

But all that is so yesterday.

Before I give an update, I think it’s most important to thank you all for the many notes, cards, messages and prayers I have received in recent days. Each one separately has been meaningful, and collectively they have been overwhelmingly powerful. I can’t begin to respond to every message received or every Facebook post, but please know that I am so thankful for every single one. Keep them coming – they are inspirational and encouraging in so many ways. Thank you. Thank you. Thank you. 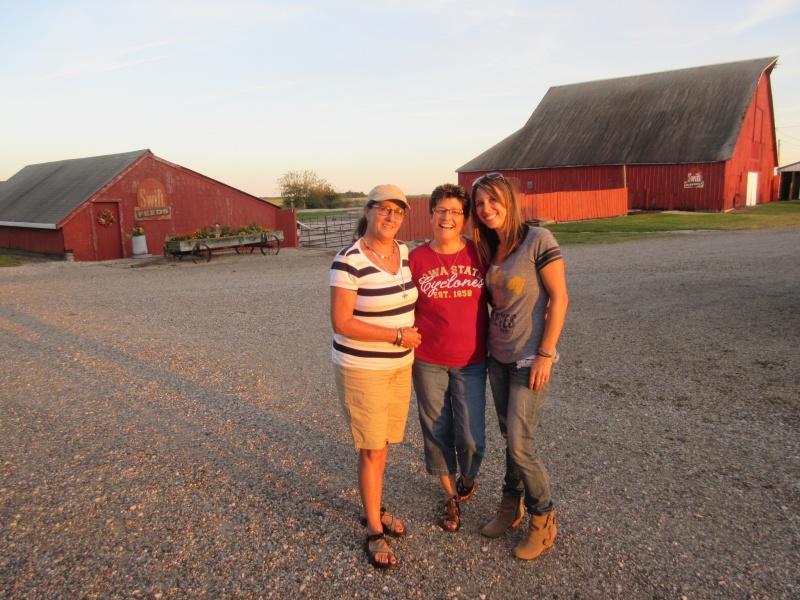 In the past week, I have received the best news I could hope for, all things considered. My medical team has a plan and is confident that we will be successful. Amen.

I reported a week ago that I was going in for a PET/CT scan on September 9 to determine if the cancer had spread to any of my other organs. Negative!   It is only in my liver. God is good!

This news has made sleeping a whole lot easier. It’s like knowing your enemy and being able to look her in the eye – and know she doesn’t have back-ups lurking for repeated attacks.

With that news, I was optimistic for my September 11 appointment with specialist liver surgeon Dr. Qasim Chaudhry, of the Center for Liver Disease at UnityPoint Health in Des Moines.   Since my rare cancer doesn’t respond to chemotherapy, the hope has been that it could be removed. My hope was that Dr. Chaudhry would tell me that removing it was possible. He did.

Dr. Chaudhry said he is confident he can remove 60 percent of my liver and all of the cancer that is present. He was pleasant, conversational and honest. I liked him right away. That’s a good thing when one is planning such a major surgery.

And major it is.

Did you know your liver is about the size of a football? It is. And my football-sized liver now has a softball-sized cancerous tumor in the right lobe. No wonder I started having pain in my gut and my back. No wonder I was short on energy this summer and short of breath a lot of the time.

And did you know that you can live with far less of your liver than you have? Dr. Chaudhry says the 40 percent of my liver that will remain will be more than enough for the work it needs to do in my body. The bonus is that our livers regenerate, so mine will repair itself and grow back to the size needed for my body weight. It’s fascinating stuff to learn, really.

Anyway, early on Wednesday, September 23, Dr. Chaudhry will start what is expected to be about a surgery of four to five hours at Iowa Methodist Medical Center in Des Moines.  He explained that he will start with a cut near my sternum and just below my rib cage, going down to my side. After Chaudhry told me that, I told him he could keep the additional details to himself. He smiled.

When asked if he thought he would be getting all the cancer, he confidently said that was his plan. Exact words I think were, “We’ll get all of it.” Amen.

I’ve been praying for Dr. Chaudhry and his surgery team ever since a date and time were decided on. I want him to be strong and confident – and I want his team to be equally so. Pray that prayer with me, please.

I came home with joy in my heart – first that cancer is only in my liver and second that it can be removed.

Now that’s a plan of attack!

The surgery will be long, such a major that afterward, I’ll be monitored overnight in the ICU. Then I’ll spend another seven to 10 days in the hospital. That sounds like a long time to me, but I’m not going to second guess the man who has said he can add years to my life.

When I am discharged from the hospital, I will be home recovering for a few more weeks before I can return to work in Community Relations at Greene County Medical Center in Jefferson. Dr. Chaudry says it will all depend on how quickly my energy level returns. I’m thankful that I’m in pretty good shape, but I won’t over-extend myself.

I can’t think of a better month than October to have to take off work and recover at home. The harvest is going to be happening outside my windows, the air will be crisp and the breeze will be cool. And my mother Sue Burt, of Des Moines, will be here a lot of the time to make sure Chuck is taking good care of me.

A second visit this week with my new oncologist, Dr. Matthew Hill, who now sees patients twice a month at the UnityPoint Clinic in Jefferson, has made me feel even better about the plan. He is calm and caring. And seems genuinely interested in how we can hold this recurring cancer at bay for years to come, after we of course say goodbye to it next week.

We are also proceeding with having the cancer cells from my biopsy undergo FoundationOne’s “genomic profiling,” as I told you in last week’s column. A scientific analysis of the cells’ make-up is being done, to see what “mutations” the cancer has caused. The results could mean finding a drug or drugs with the potential to stop the growth of my cancer in the future.

I’ll spend the rest of this week taking a short trip to Lake Okoboji and the Clay County Fair in Spencer, as we’ve planned for some time. We’ll also make a quick trip east to New Melleray Abbey near Dubuque to have our favorite Catholic monk, Father Jim O’Connor, “anoint the sick” as he has done for both Chuck and me before.

Then I’ll come home and continue gathering the many books I hope to get read from your many book recommendations.

Oh, and I’m packing the new pajamas for the hospital, too.

I couldn’t ask for a better life, under the circumstances I’ve been given. I’ll keep you updated as best I can. Next week, I’ll put Chuck in charge of writing an update so you can all hear that the cancer has been removed and that Carla is “resting nicely,” I hope.

As I said earlier, I’ve gotten dozens and dozens of messages, texts, Facebook posts and cards in the mail in the last week.

Right now, I’m holding on to one sent to me by a former teaching colleague, Susanne Gubanc, who is now at Coe College in Cedar Rapids. She wrote, “Dear Carla, hope you are full of spirit as you make this new journey.  I am attaching a photo of an oak tree; not just any oak tree.  This is the tree you rescued when you and Chuck visited us as we four trained for RAGBRAI several years ago. It looked very much a lost cause — so dried out, spindly and bent over. But you said we should have faith and plant it anyway.  You and I did just that.  Look at it now. Reminds me that you believe.  This will carry you. Much love.” 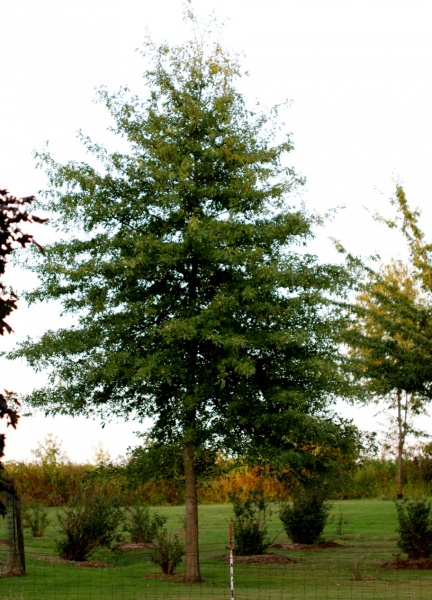 It’s good to have faith, as this nice-looking oak tree reminds us.

Believing. And strong, like an oak tree. I hope I can live up to this in the coming weeks.

We both appreciate your thoughts prayers. Thank you.

16 thoughts on “In her cancer battle, a plan is in place and surgery is now set”