JEFFERSON, Iowa, April 18, 2015 — The “Empty Buildings Tour” here on Thursday was outstanding — a real starter-upper for your imagination — and it’ll be held again Saturday from 10 a.m. to 4 p.m.

You’ve probably heard that development is absolutely popping right now in Jefferson (pop. 4,500) and Greene County, located in west central Iowa. Population is beginning to grow for the first time in 115 years. And that is opening up all kinds of retail and service business possibilities, as well as a real need for new and varied housing.

The historic town square in Jefferson has about 10 historic buildings that are empty or under-occupied. Most are for sale, with prices ranging from “maybe $10,000” (you know  how small towns are) up to $275,000.

The tour of the buildings is being co-sponsored by the local Main Street program, Greene County Chamber & Development, and the City of Jefferson. And the buildings are staffed on the tour by some of our best local ambassadors, who are both knowledgeable, visionary and fun. They have details about historic tax credits availability, local incentives and lists of terrific local contractors who can restore/renovate/improve the old buildings.

Thursday’s tour attracted more than 30 people, several of them developers, from as far as Cedar Rapids, Waterloo, Ames and Des Moines. Saturday will be a great day to come check out Jefferson. You’ll love seeing these old places, like in the photos below here. 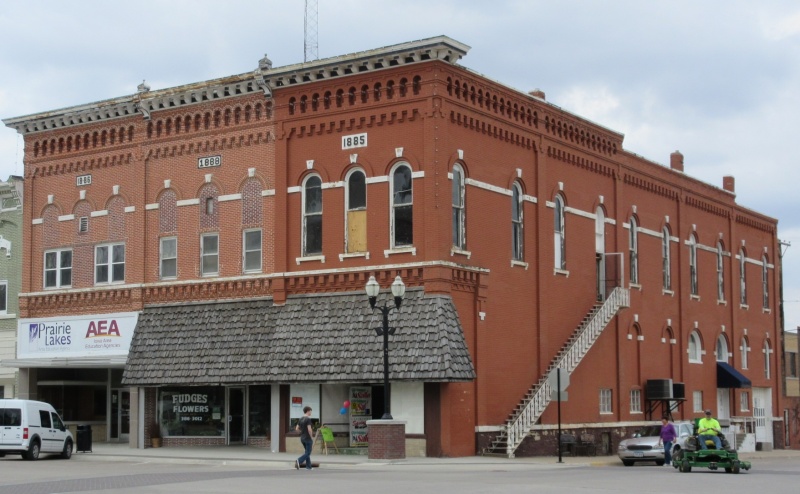 Of these three historic buildings on the northeast corner of the courthouse square in Jefferson, the 1885 building (the one to the right) is for sale, is huge and has all kinds of possibilities. 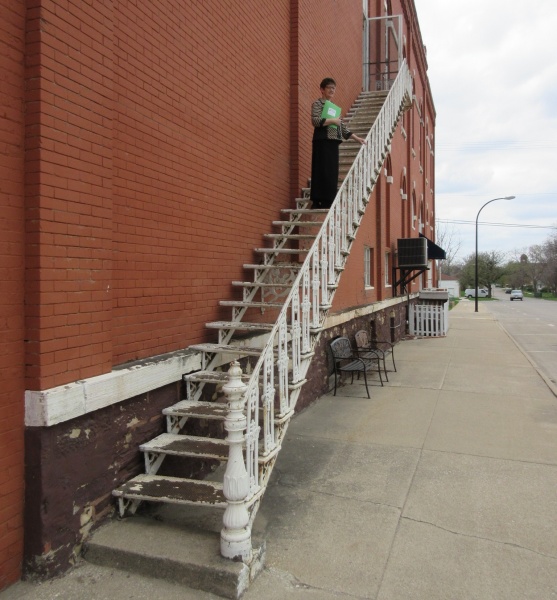 Carla Offenburger and I used that antique stair case (it’s solid but climbing it still freaked me a little) that goes up the side of an 1885 bulding on the courthouse square in Jefferson. We found a room upstairs that has more square footage than our whole house! 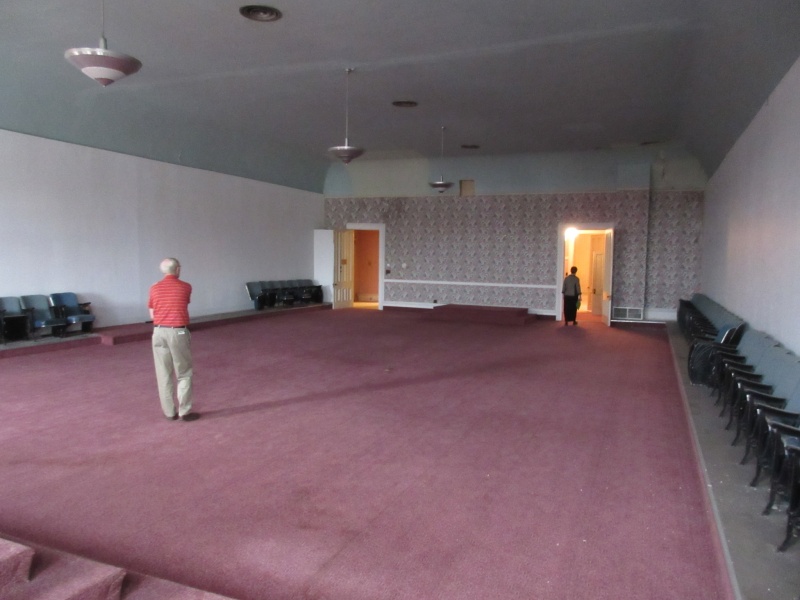 The huge former Masonic meeting room above the local theatre in Jefferson. This upper story is available for lease. 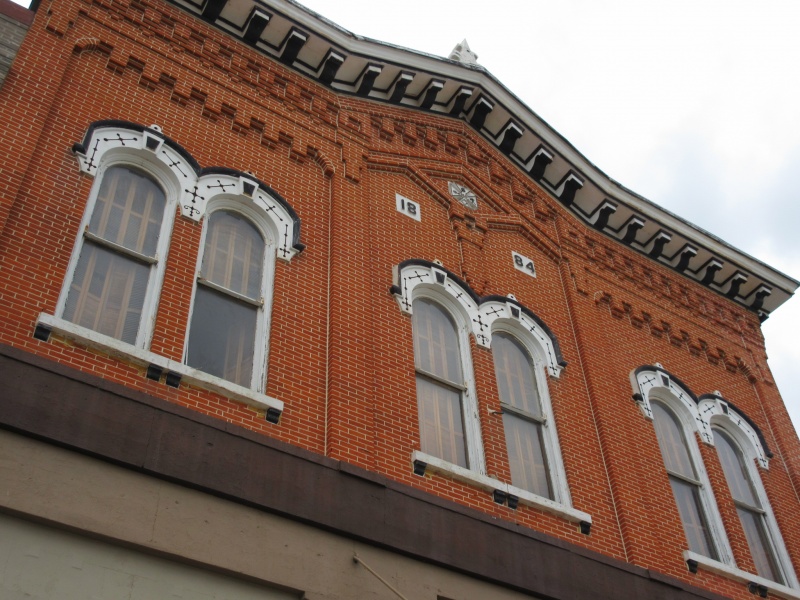 The top front of one of the most historic buildings in Jefferson, the Sierra Community Theatre, now owned by a non-profit group and operating with first-run movies. The theatre, in continuous operation as an entertainment center since it was built, has been totally renovated, and has great spaces available for lease on the second floor and a business conference/reception center on the lower level. 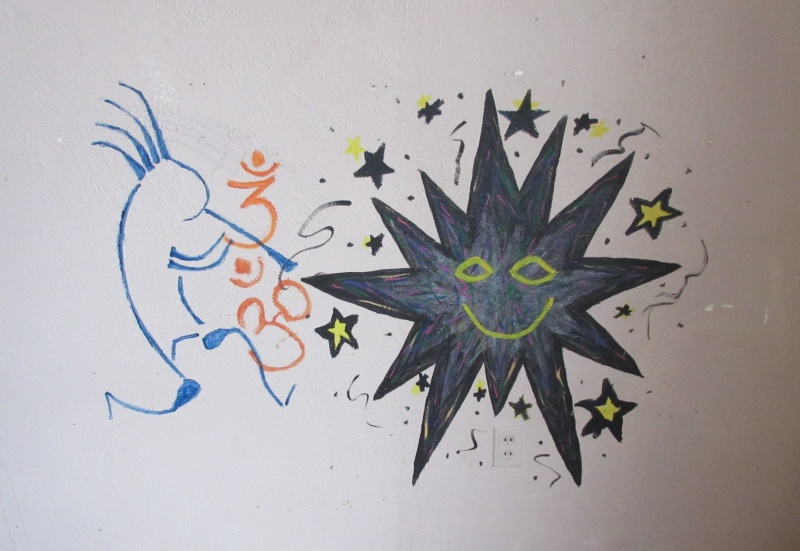 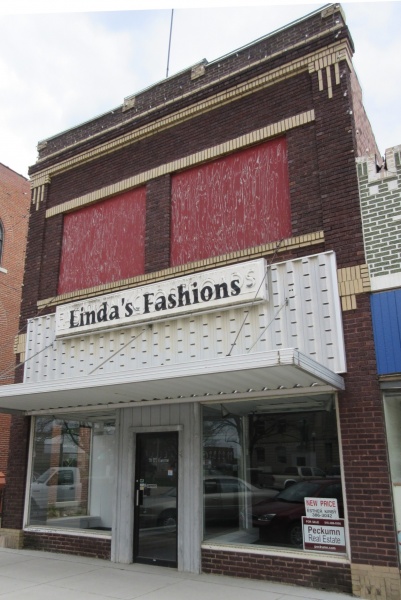 Oh my! This building in Jefferson, in recent decades a women’s clothing store, is now vacant and in need of a good bit of repair. But it was built as a pool hall, with the owners’ apartment up above — and those boarded up windows would give you a tremendous view of the courthouse square and Bell Tower. Would somebody please make it a pool hall again? We need a good one here in Greene County.