FAIRFIELD, Iowa, Dec. 18, 2017 — Carla Offenburger and I had a terrific weekend recently in this southeast Iowa town, and one of the things we did was make our first visit to the wonderful bronze statue of our old friend Lee Gobble.

Before his death at age 100 in the spring of 2015, Gobble had been a fourth-generation owner of Gobble’s Clothing, a real community leader and one of my favorite characters ever in Iowa.

One of his last big projects was leading the fund drive that in 2004 got a new peak on the bell tower of the Jefferson County Courthouse, which had been flat-topped ugly since the weakened original peak was removed in 1949.

Five different artists collaborated on the Gobble statue, which was unveiled this past October. The lead artist and sculptor was Christopher Bennett, of nearby Bentonsport. You can read a column I wrote about Gobble just after his death right here, and it’s got details of many of his most famous capers: http://bit.ly/1H6McpP.

And here are views of the new statue. 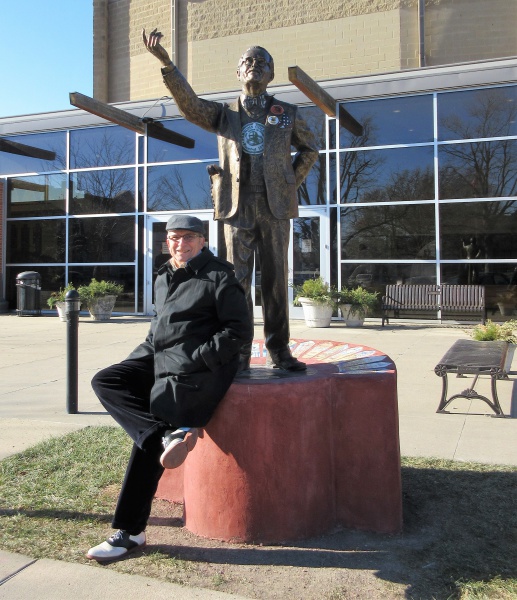 Two ol’ pals in Fairfield — Chuck Offenburger in saddle shoes and Lee Gobble in bronze. The statue stands in front of the Fairfield Arts & Convention Center. 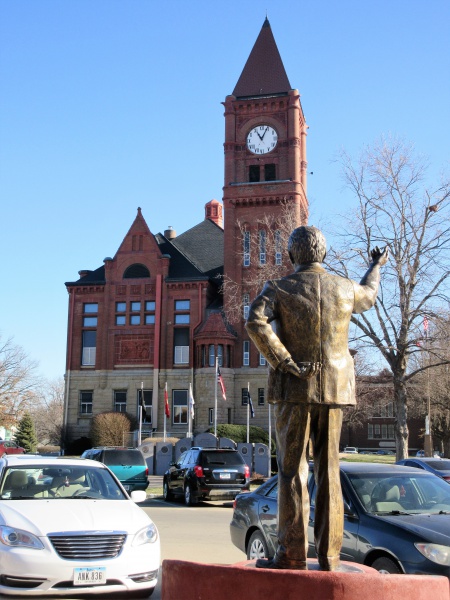 The statue is placed so that Gobble will be eternally admiring the top of the bell tower on the Jefferson County Courthouse. 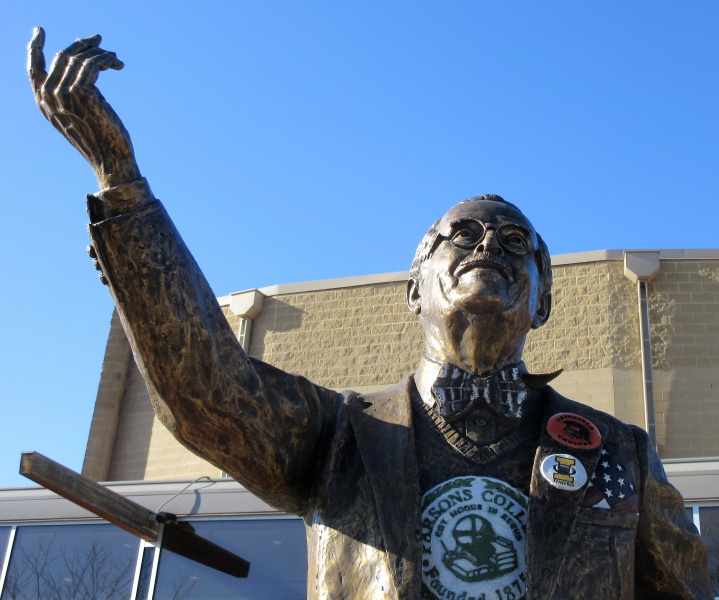 The statue has Gobble wearing a sweater from Fairfield’s former Parsons College, as well as buttons for the Fairfield Trojans and the Iowa Hawkeyes — the teams he followed most closely. 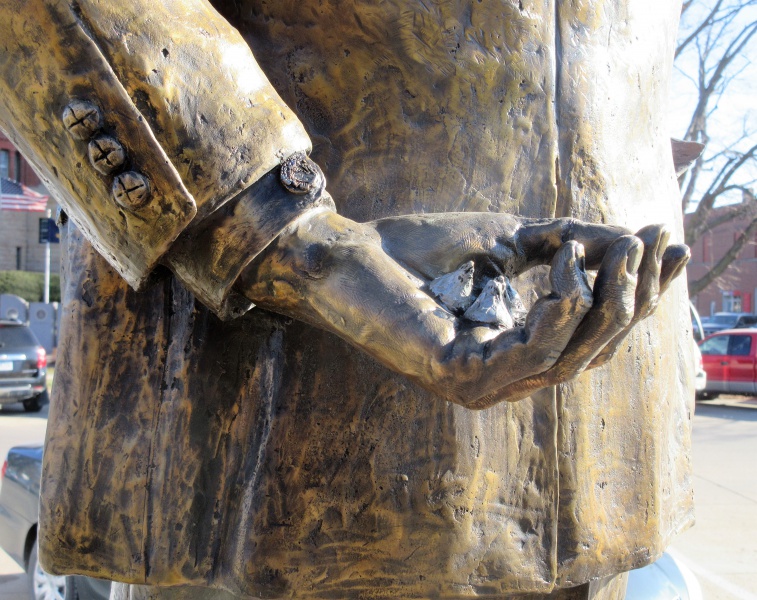 Gobble usually kept a stash of candy kisses for kids and others. 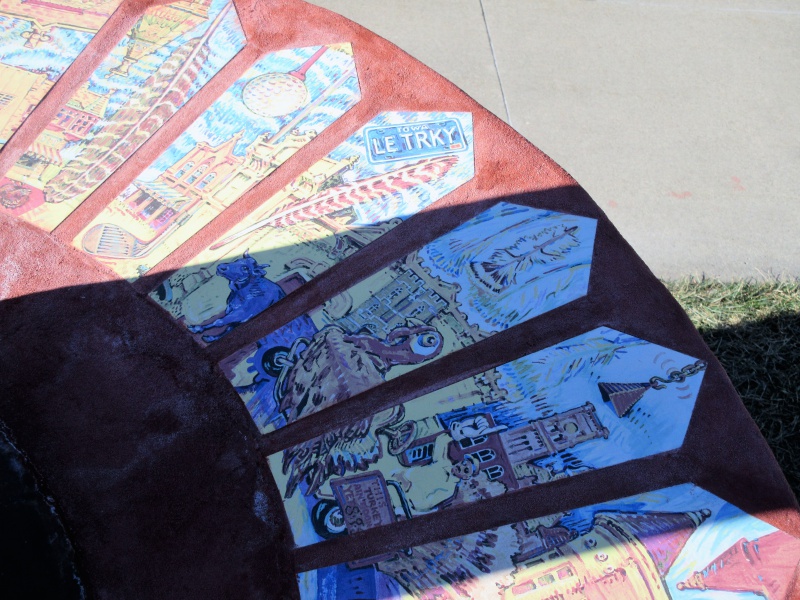 The clothier loved colorful, fun neckties — and his story is told in a collection of “ties” painted on to the sculpture’s base. 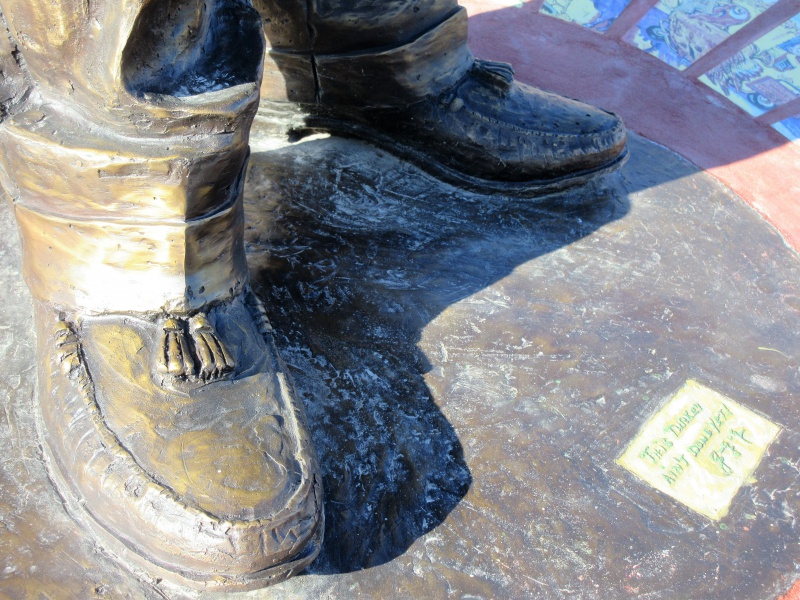 The statue is very accurate in its details, including the tasseled loafers Gobble preferred, and his personal motto there in note form: “This Turkey Ain’t Done Yet!” And that note includes his well-known “signature” — the “g-g-g” which stood for “gobble, gobble, gobble.”